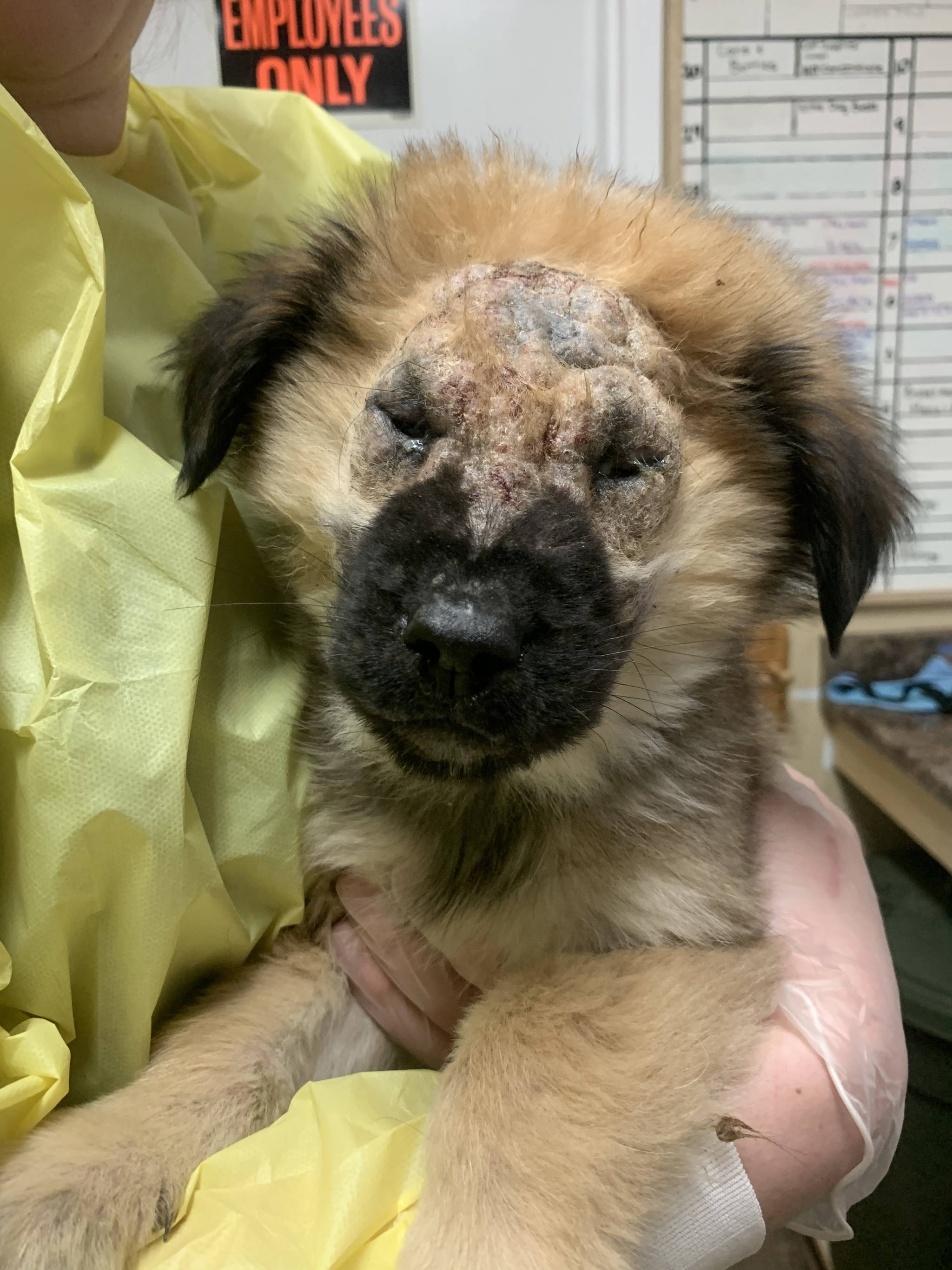 The BC SPCA is hoping animal lovers will rally to help six eight-week-old German shepherd puppies who were found abandoned in a remote area near Port Alberni. (SUBMITTED PHOTO)

The BC SPCA is hoping animal lovers will rally to help six eight-week-old German shepherd puppies who were found abandoned in a remote area near Port Alberni on Vancouver Island. A passer-by heard the puppies’ cries and alerted the SPCA.

“The poor little pups were in rough shape,” said Lorie Chortyk, general manager of communications for the BC SPCA, in a press release. “They were undernourished, with eyes crusted shut with infection when they were rescued, but they were still wagging their tails and were so sweet.”

The puppies were suffering from severe demodectic mange, secondary skin infections, conjunctivitis, ear infections, worms and were infested with fleas. Four of the puppies will require entropion surgery to repair abnormalities in their eyelids, with two of the puppies requiring surgery in both eyes. Entropion is a condition where the eyelid is rolled inward and causes the eyelashes to rub against the eyeball.

“The puppies have been receiving antibiotics and have been bathed daily for their mange, along with other medical treatments,” said Chortyk. “They are now recovering in foster homes and are doing well. They are so well-behaved and are happy, energetic puppies.”

The care cost for the six puppies is expected to exceed $4,000. Anyone wishing to help them, and other animals in need, can donate online at spca.bc.ca/medicalemergency.

Chortyk noted that puppies will need several weeks to recover and are not up for adoption at this time.

With the SPCA’s doors closed to the public, donations have petered out, says Sam Sattar, the Alberni-Clayoquot BC SPCA manager. “Without the foot traffic, these donations have stopped and we don’t know when we will be able to hold another fundraising event,” he said.

Anyone wishing to make a donation to the Port Alberni branch can do so online at https://spca.bc.ca/donations/alberni-clayoquot/ . 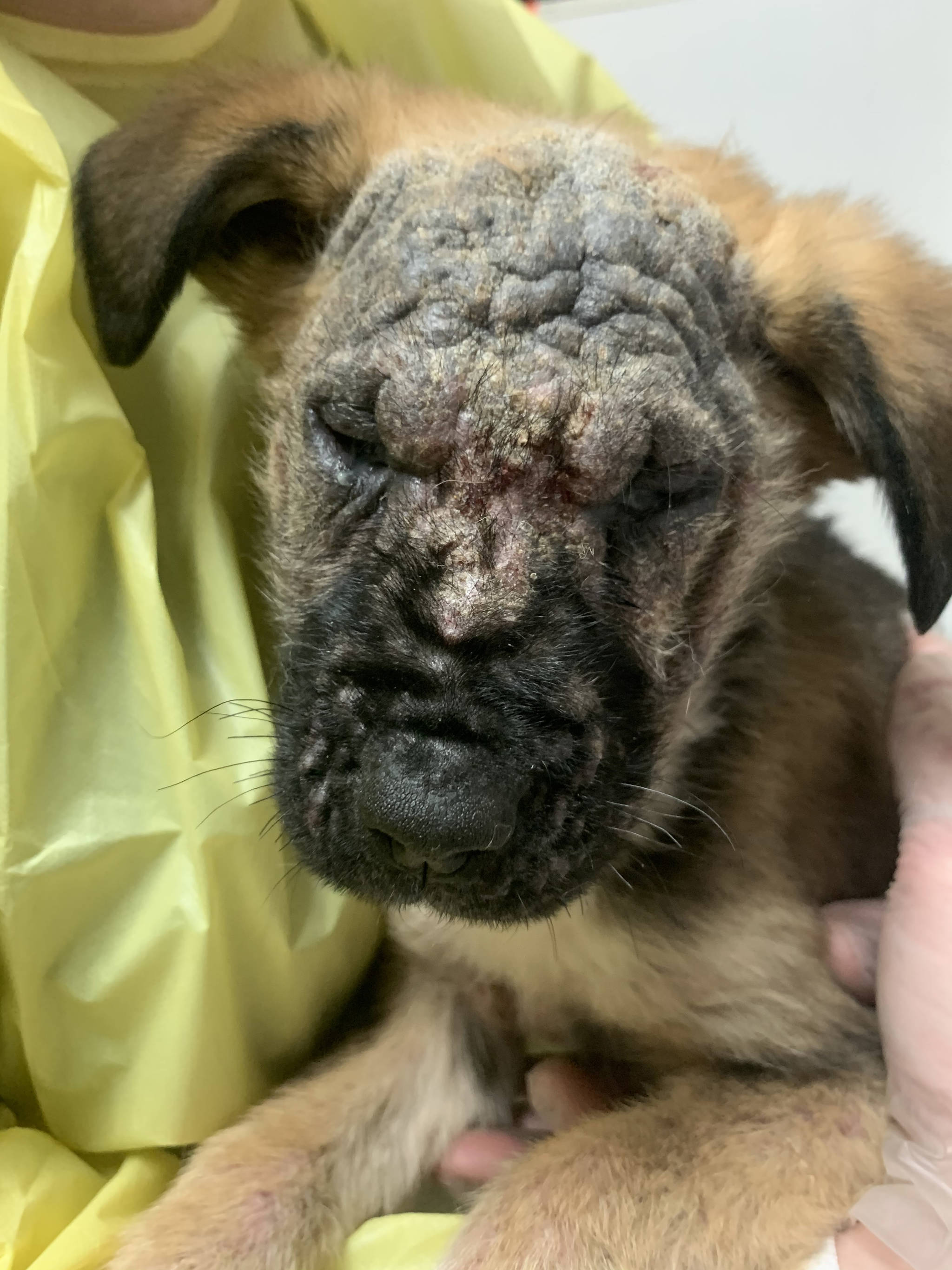 The BC SPCA is hoping animal lovers will rally to help six eight-week-old German shepherd puppies who were found abandoned in a remote area near Port Alberni. (SUBMITTED PHOTO)