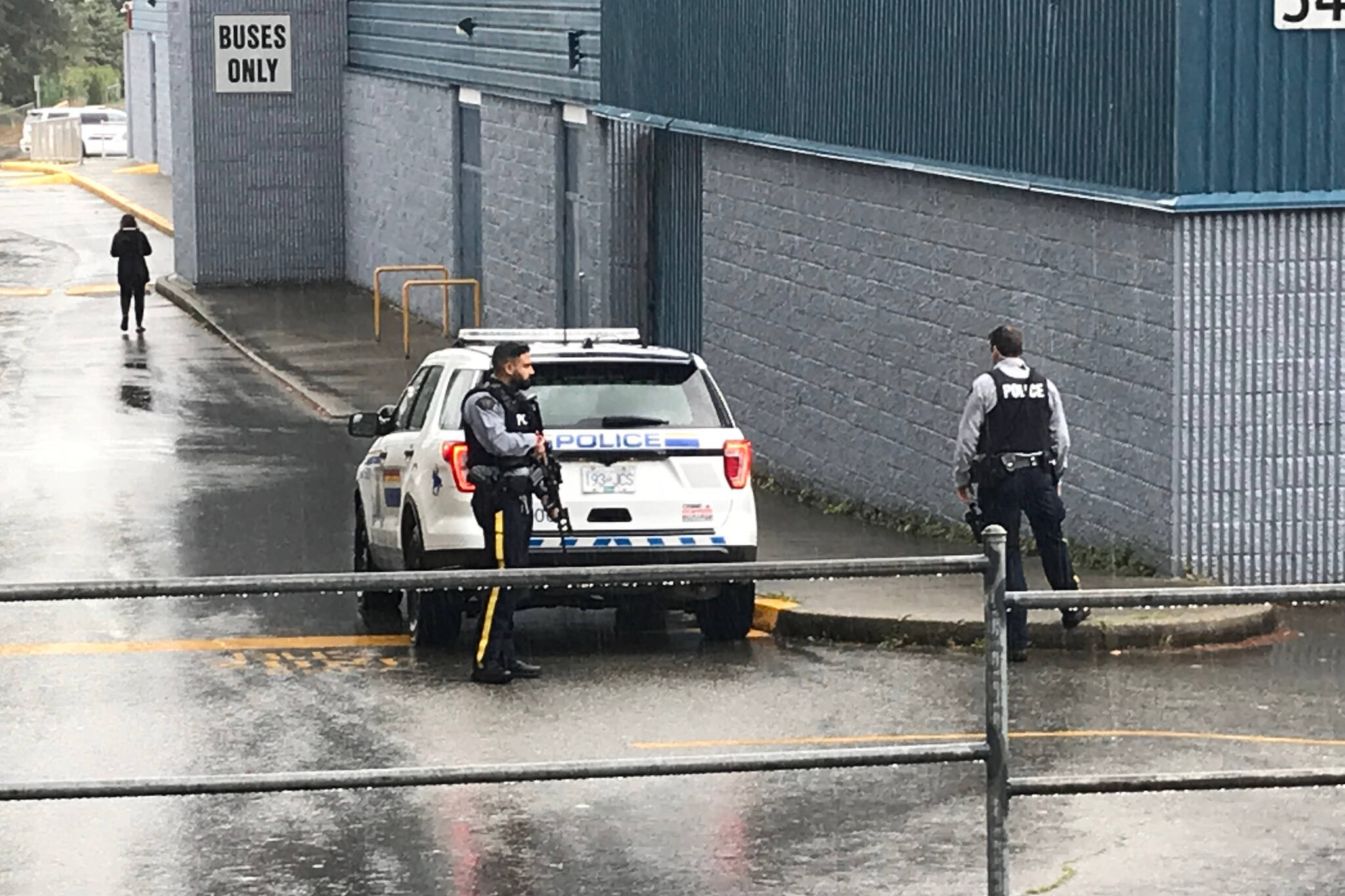 Just after 9 a.m., a bomb threat was called into through the main phone line at Sullivan Heights Secondary School in Surrey.

The call, which lasted approximately five to six minutes, forced the evacuation of students and teachers as RCMP members with bomb-sniffing dogs were deployed, said Cst. Sarbjit Sangha, media officer for Surrey RCMP.

Goldstone Park Elementary, which is directly behind the high school, was also put on a hold-and-secure protocol. The students returned to class just before noon.

At approximately 12:30 p.m., the vice-principal of Kenneth Gordon Maplewood Elementary in North Vancouver notified police that an unspecified threat was emailed to the school, said Sgt. Peter DeVries, media officer for the North Vancouver RCMP.

The school went into its lockdown and evacuation protocols, as officers secured the school with bomb-sniffing dogs, DeVries said. Students were able to re-enter the school at around 2:30 p.m.

At 2:05 p.m., a shooting threat was phoned in through the main line at Hatzic Middle School in Mission, requiring an immediate lockdown, and a heavy response from the Mission RCMP, according to Cpl. Jason Raaflaub, media officer with the detachment.

During the lockdown, nobody was allowed to enter or leave the building, the doors were locked and the blinds shuttered, according to an email sent to parents from the school’s principal.

The lockdown was lifted within the hour after police confirmed the threat was not credible.

Sangha said the detachments have been in contact with one another to determine whether there is a connection between the threats. At this point, it’s unconfirmed.

Both threats via phone to the Surrey and Mission schools had a male voice.

“We do speak with other agencies to see if … the same kind of tools were used to make that call, whether it’s a computer or a phone,” Sangha said.

DeVries said although the timing of the threats were “weird,” he’s unsure of any connection.

“What I can say is that we will pursue and prosecute anyone who makes these kinds of threats to any institution, or any business or any person,” he said. “We treat them as very serious.”

Black Press has reached out to the Ministry of Education for a response on whether any other school in the Lower Mainland received threats that day.