Not all of the items stolen from Brogan’s Diner in Langley City can be replaced, owner Shannon Brogan said.

Like the guitar that was hanging on the wall until someone smashed in the door to the deli next door and stole it, along with several other music instruments from the small stage the diner uses for mini-concerts and karaoke nights.

It used to belong to Patty Mayo, a country singer and former entertainer of the year, who was her mother’s best friend, Brogan recounted.

“She was like an aunt to me,” Brogan commented.

Whoever was responsible made off with “a couple hundred dollars in cash,” computers, musical instruments and a karaoke machine.

The money was in a till that was usually emptied at closing, Brogan said, but not that night.

“It’s the first time we’ve ever had a break-in,” Smythe told the Langley Advance Times.

An initial estimate put the cost of the damage and theft at around $15,000.

Brogan’s was preparing to hold a special Remembrance Day event when the break-in occurred.

Smythe said it was “for anyone who wanted to celebrate the veterans,” especially some regulars with military backgrounds.

According to the restaurant Facebook page, the theft was discovered Monday morning, just hours before the event.

A few hours later, Shannon Brogan posted a thank-you to the people who provided a borrowed karaoke machine that allowed the event to proceed.

There was an outpouring of support and sympathy online, with many offering to help.

Among the dozens of messages of support, Alissia Monchka wrote: “This is so sad, how could anyone do such a crime, this place was more then just a restaurant it fed the ones who needed food.”

Darius Cain posted: “Don’t let the devil discourage you” and Debbie Lewis said: “Let us all pull together as a community and help dear Brogan’s wherever we can what with helping to clean up, donations, replacement of stolen goods, etc. Hopefully insurance will cover a lot of the damages and stolen items.”

Brogan’s Diner is known for hosting free community dinners for the needy and various events such as its Fight Against Cancer Car Show.

Some of the homeless who get meals at the diner have told Brogan they are trying to find the stolen items.

Langley RCMP Cpl. Holly Largy said the restaurant didn’t have video surveillance, and a canvass of neighbouring businesses failed to find any images of the incident. 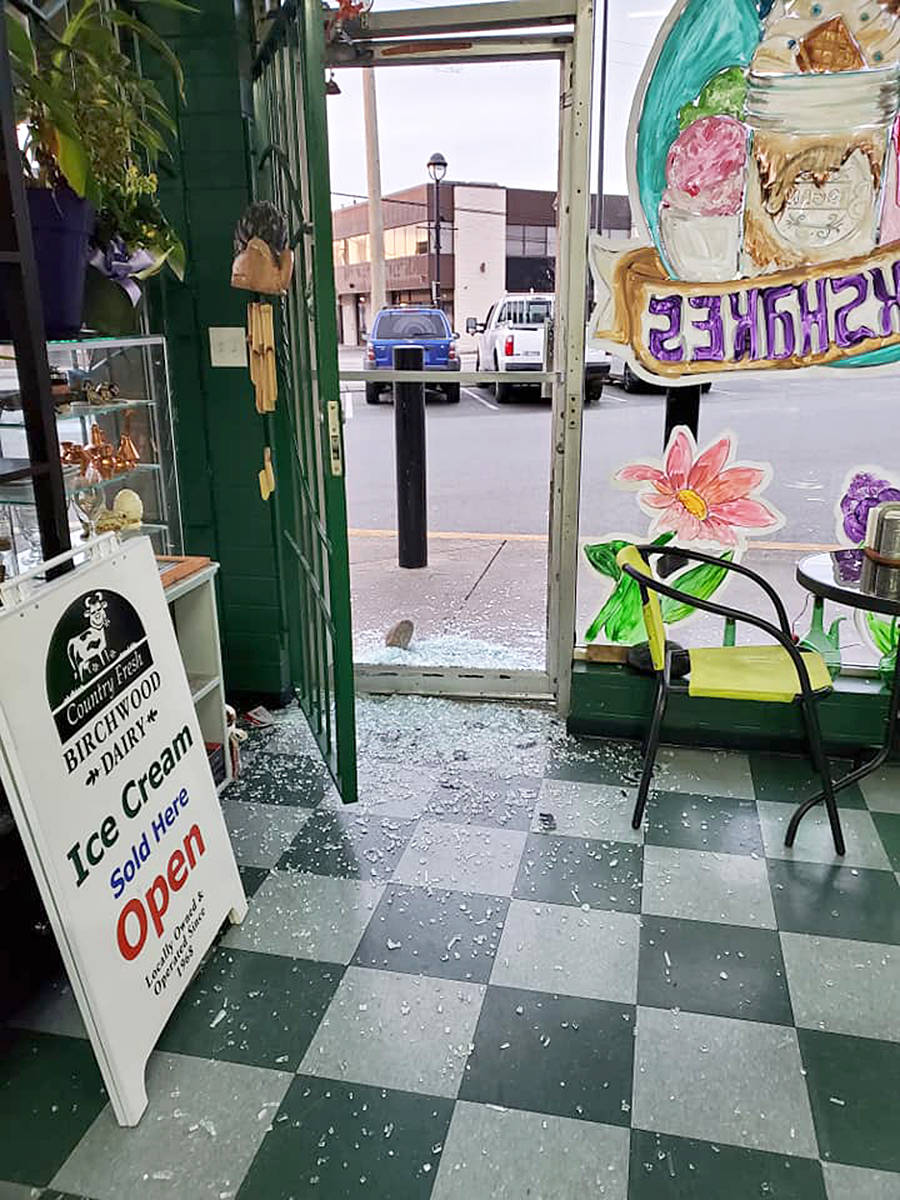 Whoever broke in to Brogan’s used a rock to smash in the glass door of the deli. (Facebook image)