At attempted break-in at the Otter Co-op on 248 Street near the Fraser Highway in Langley did considerable damage to the entrance, but the crooks couldn’t get past the internal security gate.

Around 3 a.m. Saturday morning, it’s believed three men used a stolen pickup truck to smash through the main entrance doors, but were unable to get through the sliding metal gate that was locked behind the glass doors. 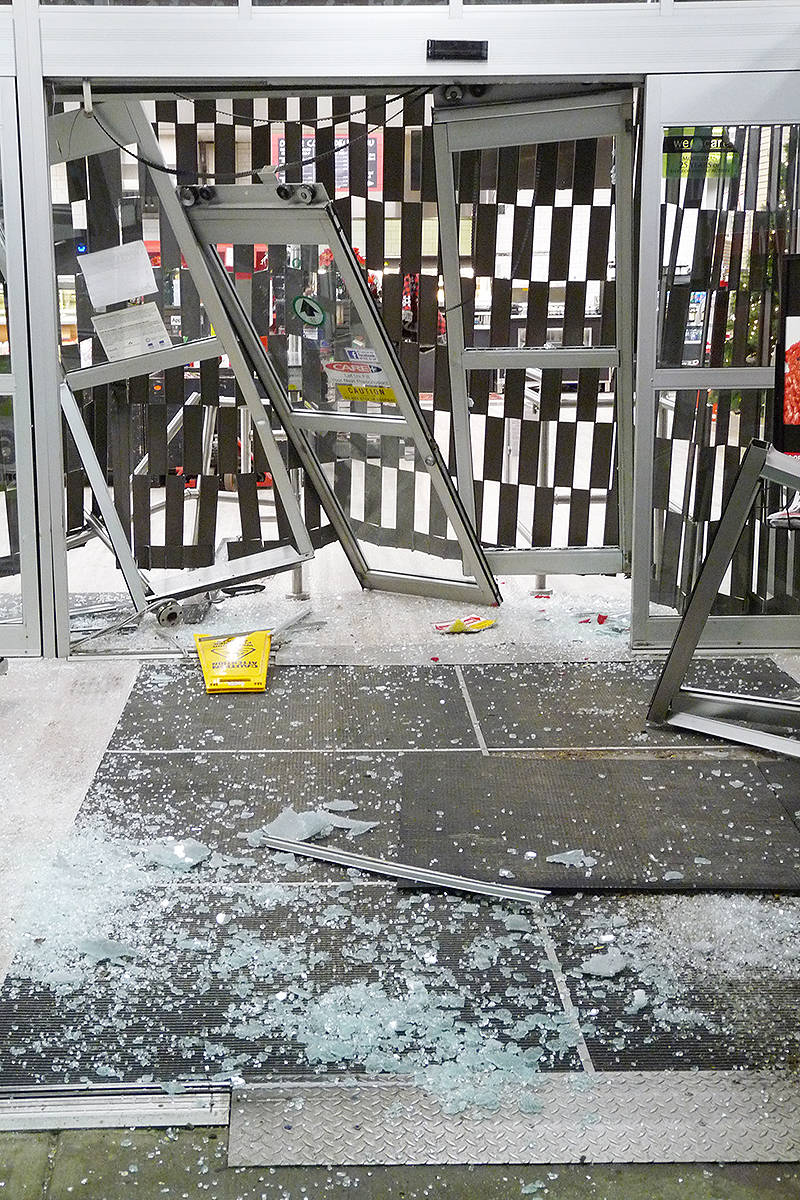 An attempt to use a vehicle to smash through the entrance of the Otter Co-op left debris strewn about but was apparently unsuccessful. Dan Ferguson Langley Times