by Dan Ferguson and Ryan Uytdewilligen

Multiple fire crews responded to a blaze in a Langley City residential building parkade at the corner of 204th Street and 54 Avenue Tuesday afternoon.

A vehicle reportedly caught fire in the building’s parkade around 4 p.m., damaging a van next to it and charring the parkade ceiling.

It was scary for Pat White, whose parents reside in the building.

“I could smell rubber and smoke, and then I came over here and everything in the parkade was on fire – right beneath my parents’ patio,” White recounted.

Residents were evacuated and both 204th Street and 54th Avenue were closed off to traffic for several hours by police while Langley City firefighters, with the assistance of fire crews from the Township, hosed down the smouldering wreckage and charred ceiling.

At least six fire units and crew, and almost as many police vehicles were at the scene.

Ambulances were called as well, and paramedics checked out several residents, but no one was injured by the fire.

A five-year resident of the building, Bruce A. Lee said his vehicle was parked next to the one that had caught fire.

“I ran out, grabbed my dog, and my bag – forgot my keys – then I knocked on all the doors on my hall,” Lee described.

On his way out, Lee saw a neighbour in a wheelchair struggling to exit and dragged her by her arms out of the building.

“She was crawling on the floor.”

Once outside, Lee was able to get a good look at the burning vehicle, which was parked right beside his van.

“I saw my van has no more windows and all of the plastic has melted off of it, so I guess my van is a write-off, as well.”

Langley City firefighters said that fortunately, the building did not suffer major structural damage in the blaze.

Langley City Fire deputy chief Scott Kennedy said the there was some smoke and water damage, and the fire destroyed some soundproofing on the ceiling of the parkade.

Residents were allowed to return to the building starting around 7 p.m. on Tuesday, he said. 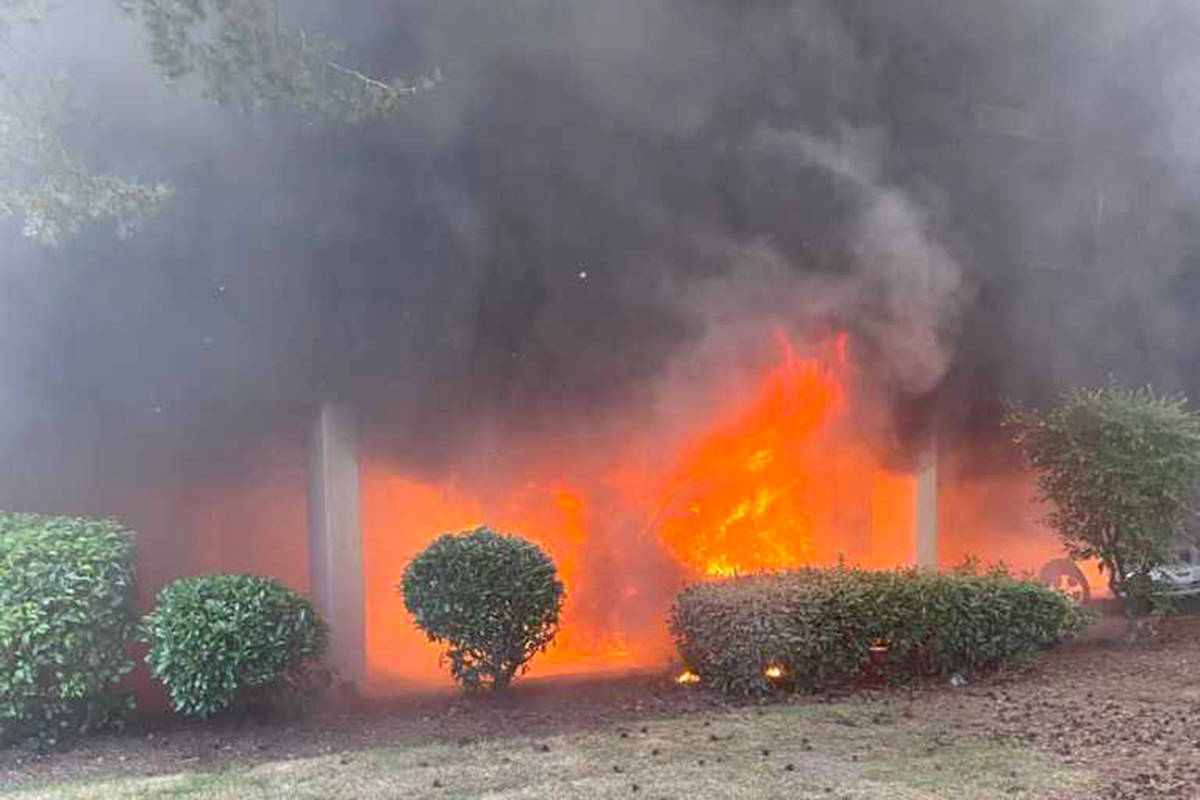 A vehicle caught fire in the parkade of a three-storey multi-unit residential building at 204th Street and 54th Ave. in Langley City on Tuesday, Aug. 25, 2020. (Bruce A. Lee/Special to the Langley Advance Times) 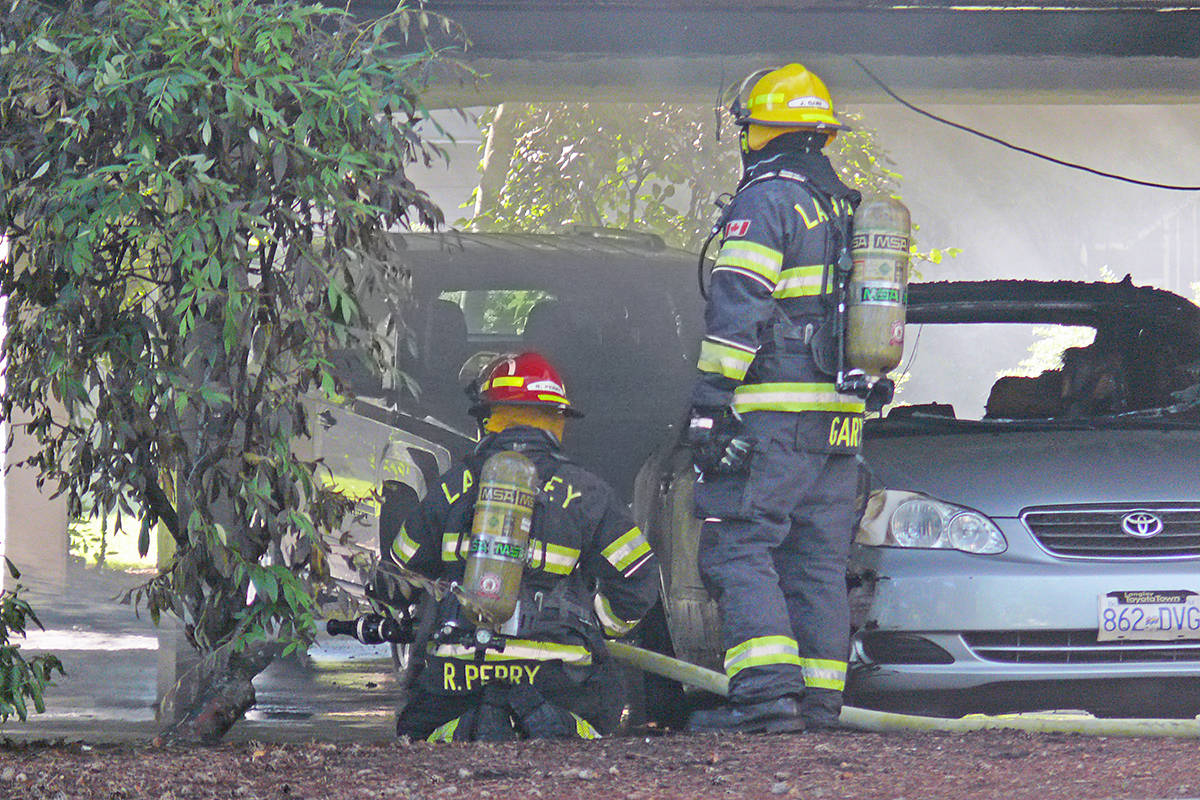 Firefighters at the scene of a parkade fire in a three-storey multi-unit residential building at 204th Street and 54th Ave. in Langley City on Tuesday, Aug. 25, 2020. (Dan Ferguson/Langley Advance Times) 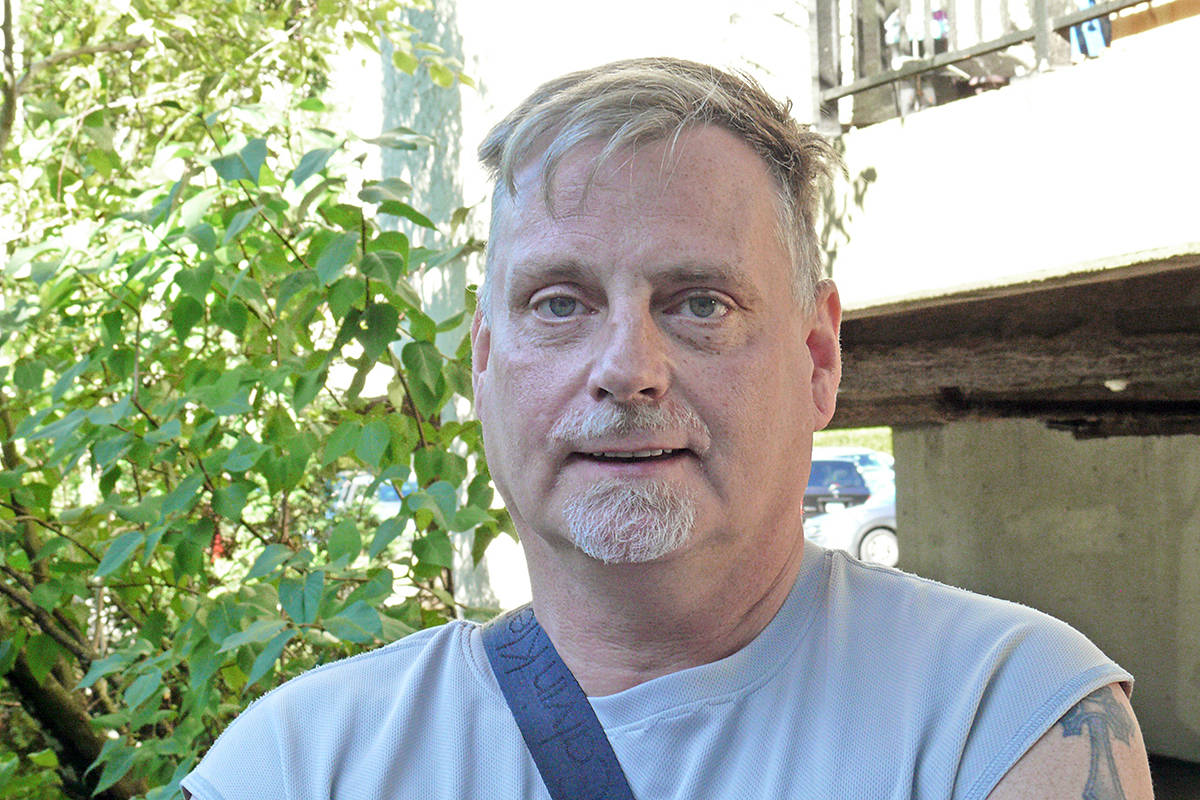 Bruce A. Lee’s van was damaged by a burning vehicle in the parkade of a three-storey multi-unit residential building at 204th Street and 54th Ave. in Langley City on Tuesday, Aug. 25, 2020. (Dan Ferguson/Langley Advance Times) 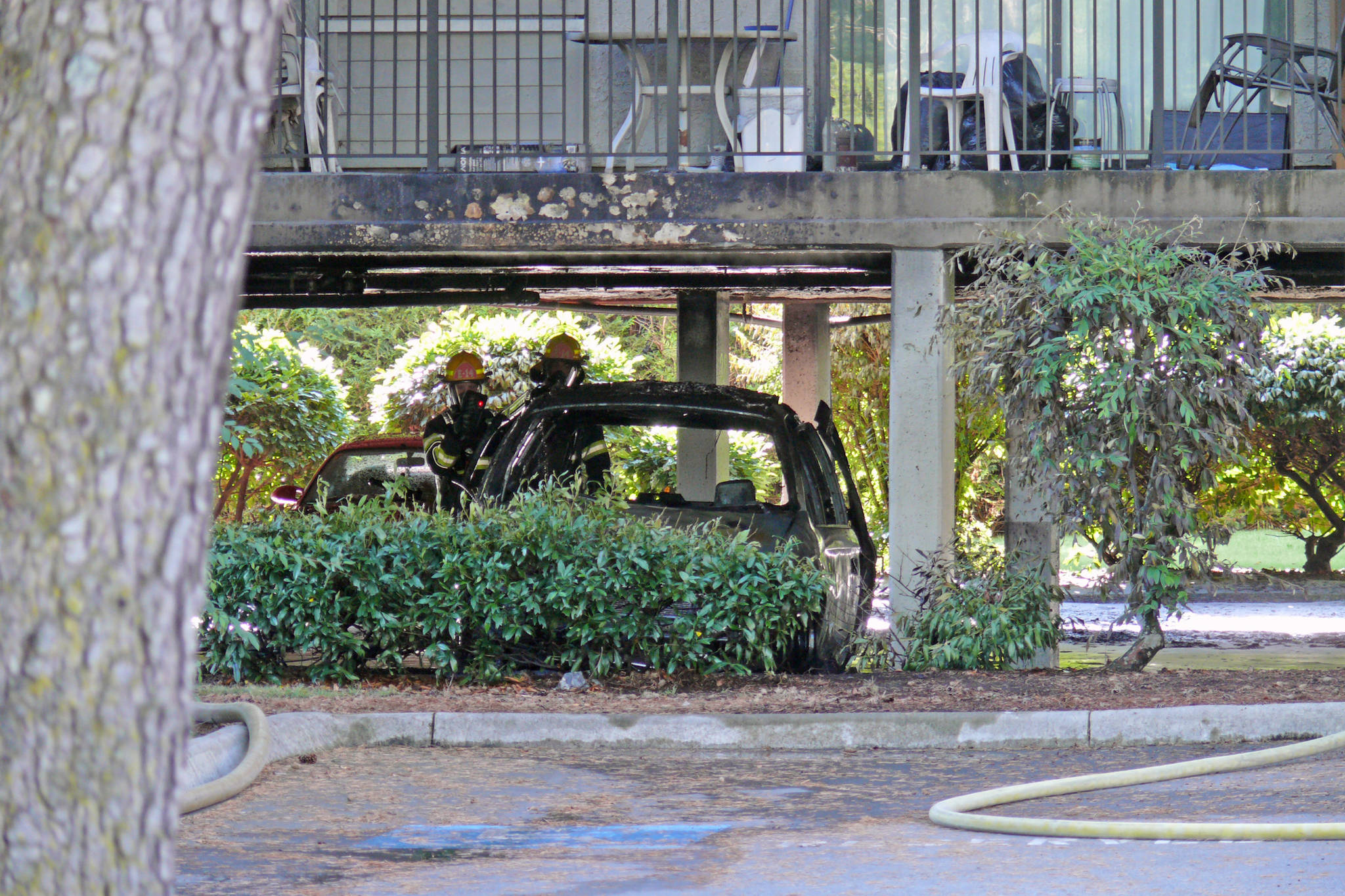 Fire in the parkade of a three-storey multi-unit residential building at 204th Street and 54th Ave. in Langley City forced residents onto the street on Tuesday, Aug. 25, 2020. (Dan Ferguson/Langley Advance Times)

Back to school plan expected today in Langley