A 20-year-old man has been charged with manslaughter in the death of 14-year-old Carson Crimeni.

Carson’s father, Aron Crimeni, said he was emotional and excited at the news.

“It was almost getting to the point that we were doubtful anything was going to happen,” Crimeni said.

The suspect cannot be named because he was a youth at the time of Carson’s death.

A warrant was issued for the suspect’s arrest by the B.C. Provincial Court, and the suspect surrendered himself to the police after being advised of the warrant, according to Langley RCMP spokesperson Cpl. Holly Largy.

He has been released from custody on bail, and will appear in court on Oct. 20. Persons charged with a criminal offence are considered not guilty until the charges are proven in court.

Aron Crimeni said he plans to attend the court proceedings.

Although youth sentences are usually shorter than those for adults, judges can impose adult sentences on youths who have committed serious crimes. In fact, prosecutors are obligated to consider seeking an adult sentence for some crimes, including manslaughter.

“This investigation required a tremendous amount of co-ordinated effort by our investigators and several partners that has resulted in charge approval,” said Supt. Adrian Marsden, the officer in charge of the Langley RCMP detachment. “Langley RCMP is greatly appreciative of the support and assistance received from the many partners that were involved in advancing the investigation to recommending charges. It is my hope these charges bring a small measure of closure to the friends and family of Carson.”

On Aug. 7, 2019, Carson was found in severe medical distress in a park near Walnut Grove Secondary and the Walnut Grove Recreation Centre.

Despite attempts by police, firefighters, and BC Ambulance paramedics to revive him, Carson died later that night in hospital of an apparent drug overdose.

Video clips posted to social media showed the Langley teen was barely able to stand or speak earlier that day at the Walnut Grove skate park, while people could be heard laughing.

His family believes he was given a huge amount of drugs by older youths who preyed on the “gregarious and trusting” Carson.

Carson had ADHD and had some awkwardness in school, his father said.

“He believed these boys were his friends, and all he wanted to do was make friends,” Aron said earlier this summer, on July 2nd, which would have been Carson’s 16th birthday.

His family had gathered at the Walnut Grove Skate Park on that day to put up signs calling for Justice For Carson. 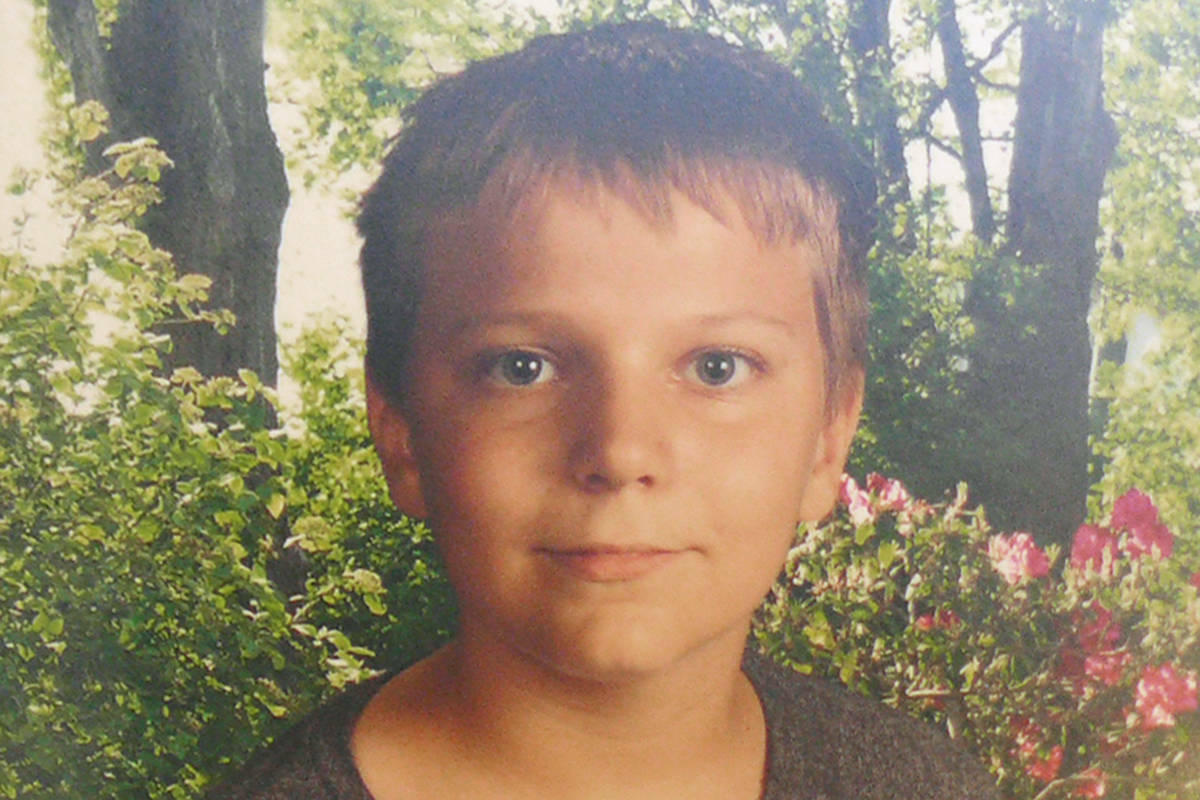