Langley RCMP investigators are looking for a blue car with multiple occupants in connection with an overnight shooting in the 2900 block of 270B Street in Aldergrove.

Police responded to a report of gunfire in Aldergrove Wednesday morning, just two blocks down the street from the Aldergrove Community Secondary School.

They cordoned off the lane behind a house on 270B Street.

On 29 Avenue, police appeared to remove a stray bullet that hit the garage of a nearby house across the street.

Officers canvassed the area for witnesses.

“We are on scene for a report of shots fired, (and) we have no injuries sustained to anyone in that investigation,” said Langley RCMP Sgt. Alexandra Mulvihill.

A statement released by the Langley RCMP detachment said as the investigation was still in the early stages, “it is unknown if this was a targeted incident against the residents at that location.”

The property is a rental unit and, and said to be known to police.

However, “the individuals living there have changed over time,” the statement noted.

Investigators are looking for a blue four-door sedan with multiple occupants, that is believed to have left westbound from the scene.

“At this time, investigators do not believe there is an increased threat to general public safety,” the statement said.

The statement added investigators have “seized digital evidence from the scene.”

Langley RCMP are asking anyone who may have been in the area of the 2900 block 270B Street just after midnight Tuesday and noticed anyone suspicious to contact investigators.

Anyone with information that could assist the investigation can call the Langley RCMP at 604-532-3200 or provide information anonymously with Crime Stoppers at 1-800-222-8477 or www.solvecrime.ca. 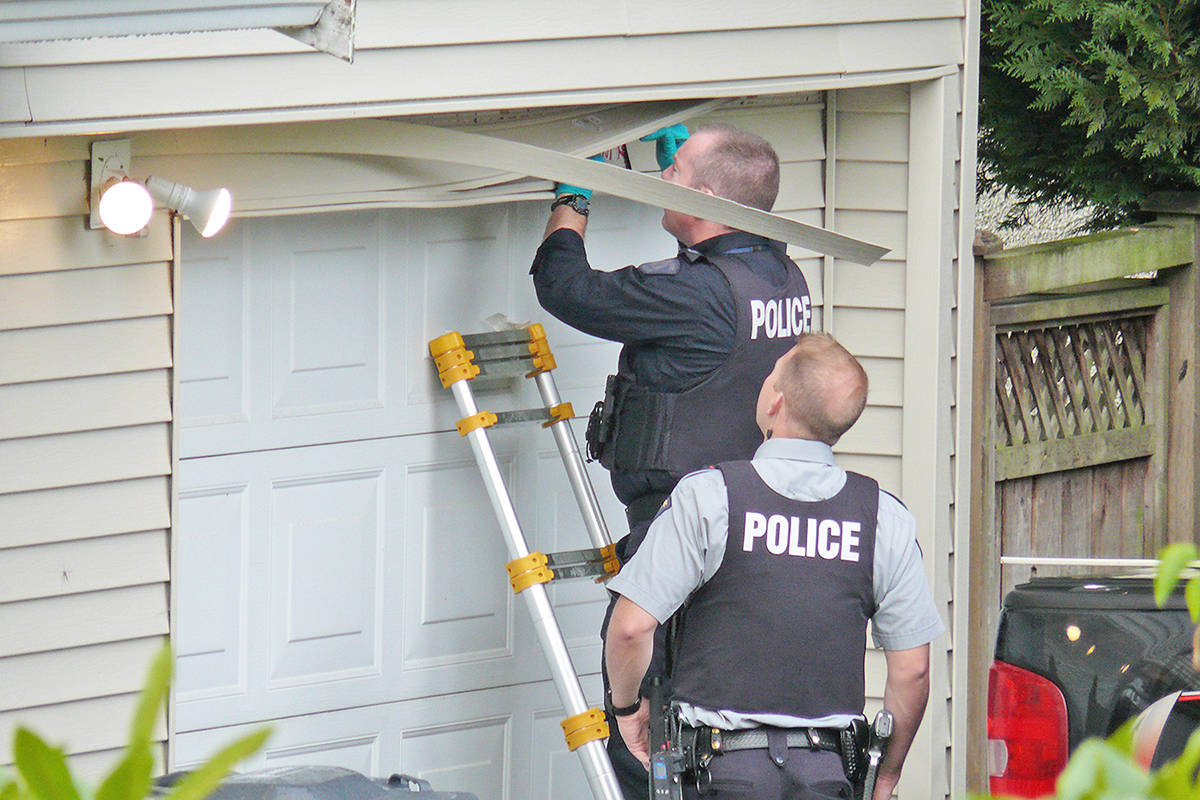 Police removed what appeared to be a stray bullet from a nearby house across the street from an Aldergrove shooting incident on Wednesday. Dan Ferguson Langley Times