Gunfire rang out in Willoughby Thursday afternoon in what is likely a drug-related or targeted incident, but no one was injured, Langley Mounites said.

Shortly after 3 p.m., Langley RCMP were dispatched to the area after reports of shots fired in the residential neighbourhood, said Cpl. Craig van Herk.

“Officers immediately responded to the area and were directed to an older acreage property set back from the road where the shots were fired,” he explained.

Police entered the residence and confirmed no one was hurt, but several men were seen running from the house – southbound on 204th Street from 80th Avenue.

A section of 80th Avenue was closed to all traffic between 202A and 206A Streets, but was reopened within hours of the shooting.

Air One, Lower Mainland Police Dog Services, the Emergency Response Team, and plain clothes officers attended to assist with the attempt to locate the gunman or gunmen.

As of Monday, there had been no arrests, but police were still certain that the incident was a targeted attack on that residence.

Van Herk said police armed with a search warrant entered the residence after the shooting.

Anyone with information that might assist with this investigation is asked to call Langley RCMP at 604-532-3200. Should you need to remain anonymous, please call CrimeStoppers at 1-800-222-8477, or online to www.solvecrime.ca. 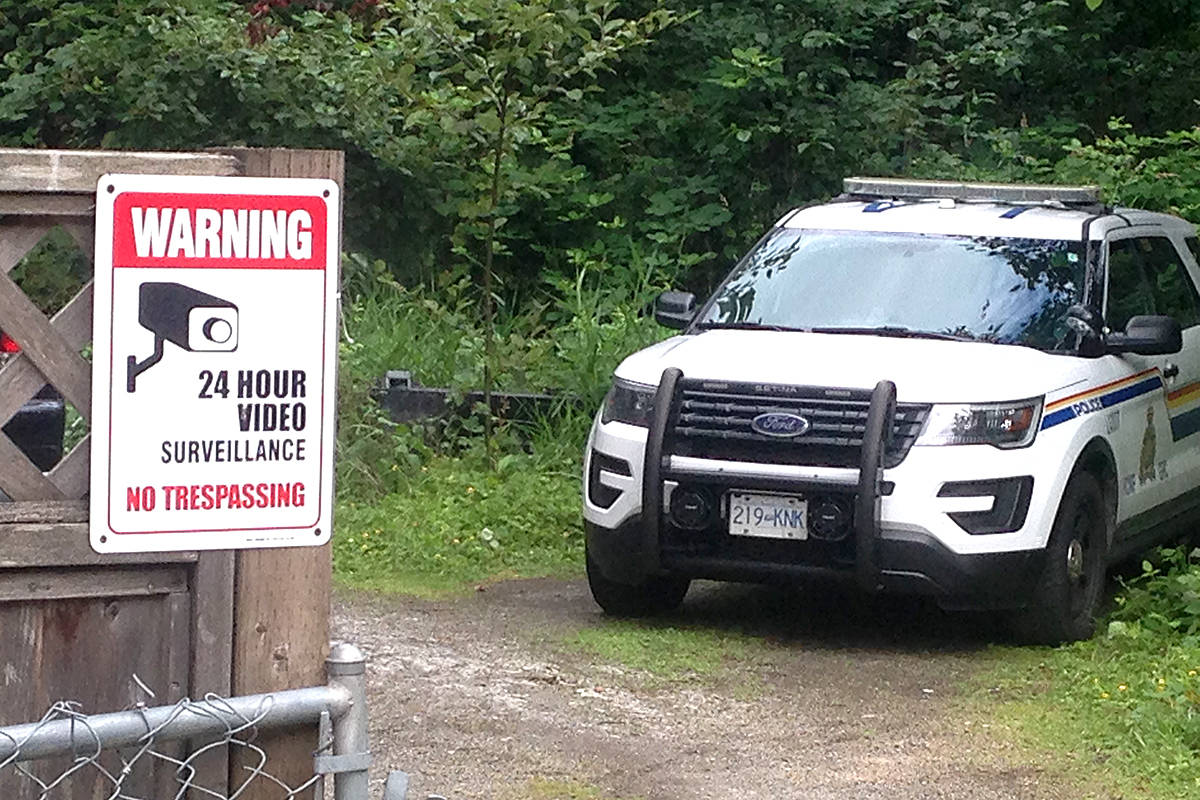 Video cameras on the property in question can be seen nailed to the trees, signs on the fence warning of surveillance. (Matthew Claxton/Langley Advance Times) 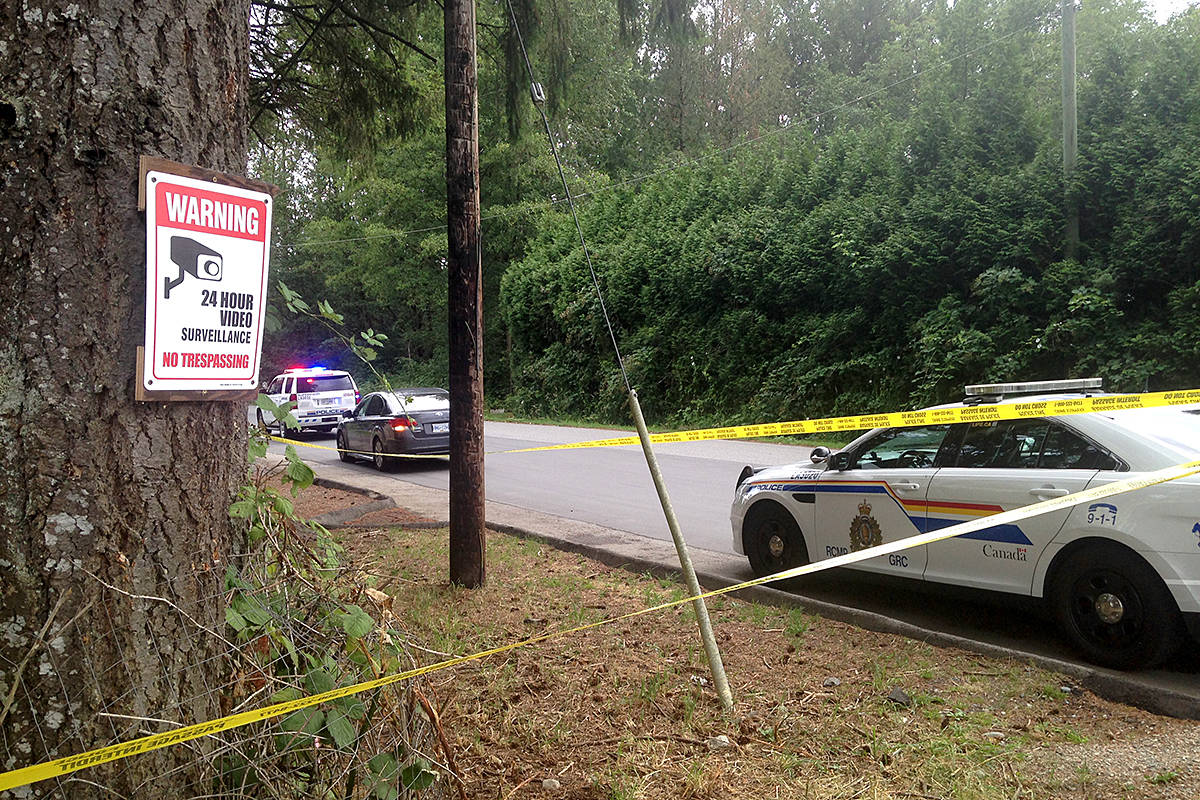 Canadian is detained in China on drug allegations: Chinese government