The Thai cave rescue was a team effort, and I’d like to congratulate and thank Langley’s Erik Brown for stepping up to help get the job done – you’ve made Canadians proud. https://t.co/fMiRvuSs6t

A man who attended Langley’s D.W. Poppy Secondary was part of the Thai cave rescue of 12 boys and their coach.

Erik Brown, who grew up in Langley, has a diving firm in Thailand.

He was among a group of international divers who took part in the rescue.

Several Thai navy divers along with British divers and other international divers, more than a dozen in all, were part of the complicated rescue that took several days. The mission began June 23. On June 24, rescue teams found the bags and sandals of the boys deep within the caves that started flooding.

On June 25, officials start pumping water out of the caves but had still not reached the boys.

The teen boys and their coach were trapped for days underground before the first rescuers got to them on July 2. The next day Thai Navy SEALs take food, fresh water and blankets to the boys and provided the first photos to their families and the world.

Experts worked to figure out how to rescue them.

Starting Sunday, July 8, 18 divers entered the caves and 11 hours later emerged with the first of four boys. Four more are extracted Monday, July 9 with the rest safely brought out Tuesday.

Proud of our Poppy alumni, Erik Brown and his team! Such an amazing rescue and story! True heroes – all of them! @LangleySchools @ebradford14 #think35 https://t.co/VoHpVEIVzP 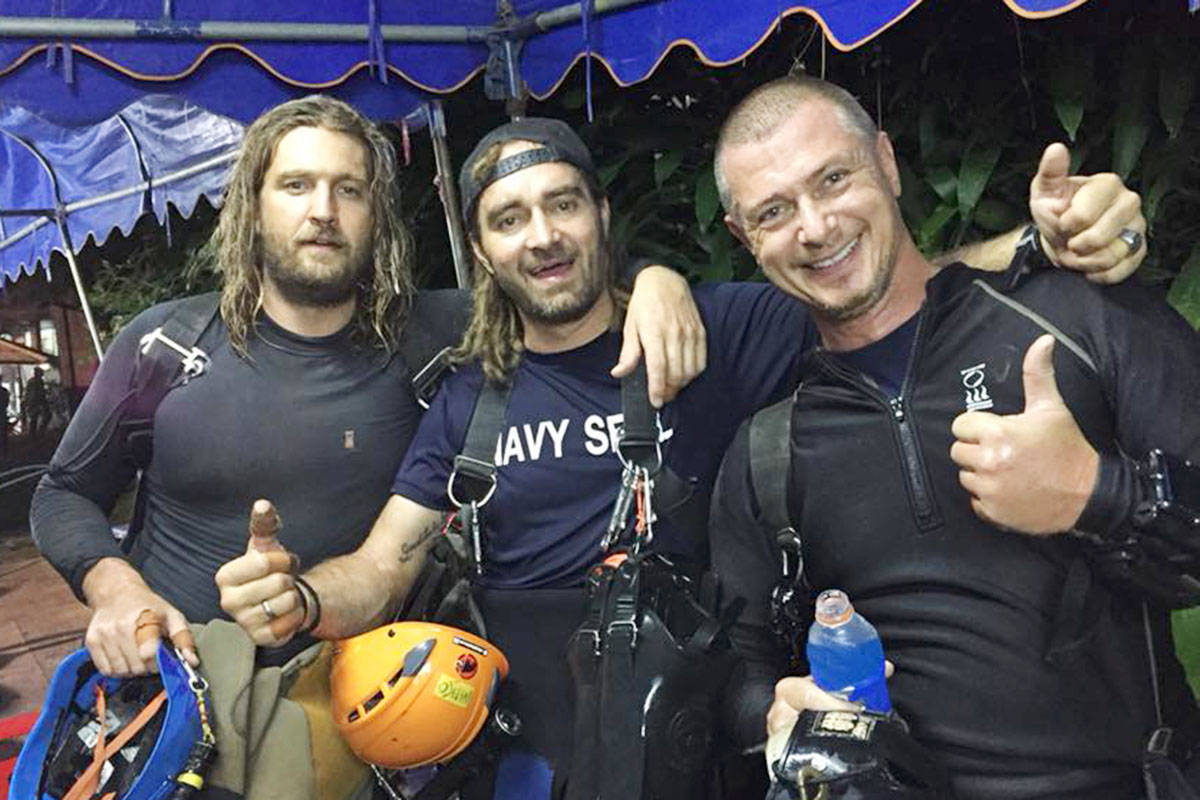 ‘What we expected:’ Trucker in Humboldt Broncos crash released on $1,000 bail