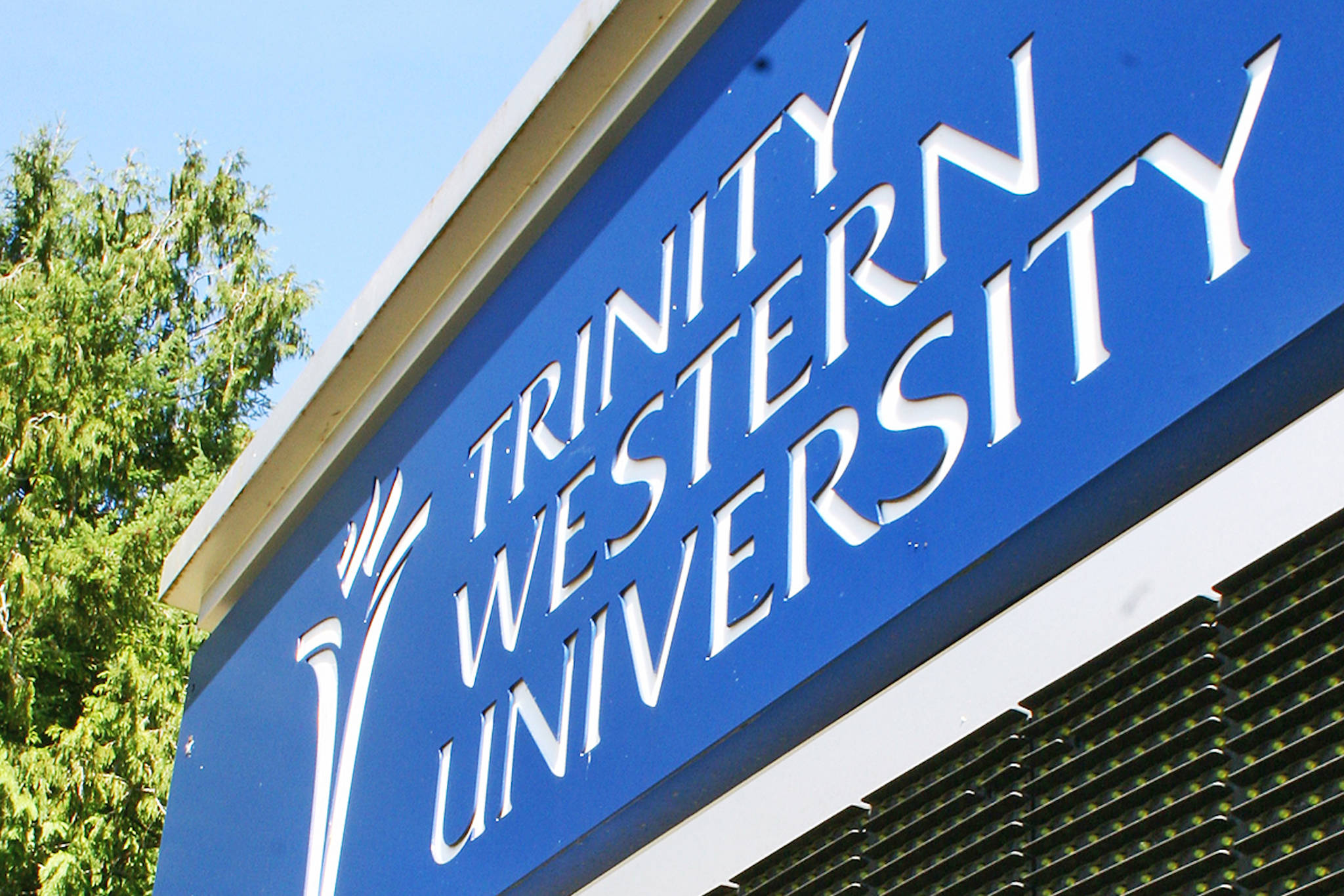 The Langley-based university has decided to change its requirements surrounding a controversial covenant that forbids sexual intimacy outside of marriage, which is defined as between a man and a woman.

A statement issued Tuesday by TWU President Bob Kuhn said the decision was made by the university board of governors on Thursday, Aug. 9.

“In a decision that I believe will successfully position us to better fulfill the TWU Mission, the Board of Governors has passed the following motion: ‘In furtherance of our desire to maintain TWU as a thriving community of Christian believers that is inclusive of all students wishing to learn from a Christian viewpoint and underlying philosophy, the Community Covenant will no longer be mandatory as of the 2018-19 Academic year with respect to admission of students to, or continuation of students at, the University.’”

Kuhn said the university will “actively work to determine ways in which our Christian identity, mission and ministry can continue to be strengthened, communicated and better lived-out in the context of the TWU community while simultaneously welcoming and affirming the unique value of each member of our diverse student body.”

“Let there be no confusion regarding the Board of Governors’ resolution; our mission remains the same,” Kuhn added.

The announcement drew a positive, but cautious response from Kasari Govender the executive director of West Coast Women’s Legal Education and Action Fund (LEAF), one of the groups that went to court to argue against approving the law school while the covenant was in effect.

“It’s a step in the right direction,” said Govender.

“I certainly think it’s a positive step (but) it’s not sufficient to alleviate our concerns about discrimination.”

West Coast LEAF intervened in the BC case at all levels of court to argue that the covenant discriminates against people who choose to exercise their reproductive rights and discriminates on the basis of “sexual orientation and marital status by prohibiting all relationships that are not heterosexual and between married people.”

Govender said there are “constitutional issues” that would have to be considered before a law school would be considered acceptable, including the fact that the covenant is still mandatory for faculty and staff.

“Does it really mean this is a law school that won’t be exclusionary?” Govender said.

Responding to the announcement on its Facebook page, One TWU, a network for LGBTQ+ staff, students and alumni of Trinity Western University called it, “a huge step in accommodating to the diversity that has existed within the Christian faith since its constitution. But, it’s not the end of the journey.

“It’s relieving that there will likely be less pressure on One TWU to go underground, but at the same time now is our chance to support and advocate for the LGBTQ+ students on campus and network of alumni more than it ever has been.”

Several law societies have said they would not recognize degrees issued by a proposed school of law at Trinity because of the covenant.

The law school was granted preliminary approval by the provincial government in 2013, but that approval was later withdrawn because of the various legal challenges mounted by critics in the legal community, who complained the clause was anti-gay and would violate a lawyer’s duty to represent all clients.

In June, the Supreme Court of Canada upheld the right of two Canadian Law Societies to refuse accreditation for a proposed law school at Trinity Western University.

Both the Law Societies of B.C. and Ontario objected to the community covenant, arguing it discriminates against LGBTQ students.

The LSBC initially approved the law school at the private Christian university in Langley, but later withdrew that approval because of controversy over the covenant.

“There can be no question that the LSBC was entitled to consider an inequitable admissions policy in determining whether to approve the proposed law school. Its mandate is broad,” the judgment stated.

“In promoting the public interest in the administration of justice and, relatedly, public confidence in the legal profession, the LSBC was entitled to consider an admissions policy that imposes inequitable and harmful barriers to entry.”

While Canadian law protects the rights of people to hold personal religious beliefs, that right has to be balanced against the effect they have on other people, the court found.

“In this case, the effect of the mandatory covenant is to restrict the conduct of others. The LSBC’s decision prevents the risk of significant harm to LGBTQ people who feel they have no choice but to attend TWU’s proposed law school. These individuals would have to deny who they are for three years to receive a legal education. Being required by someone else’s religious beliefs to behave contrary to one’s sexual identity is degrading and disrespectful.”

During the legal battle, Kuhn noted the TWU covenant also says that “all students and faculty are to love and respect other people, regardless of their background or personal characteristics. TWU is a community of diversity and acceptance. This campus is a Christian home for four thousand students with an array of opinions and beliefs.”