“Today I can announce the federal government will provide up to $1.3 billion for the Surrey-Langley SkyTrain extension,” Trudeau said.

The prime minister said it was important to accelerate the fight against climate change.

“We have to ensure our kids inherit a cleaner future.”

Premier John Horgan said it highlights what can be done when people work together. “A 16 kilometre extension of the Expo Line is in itself extraordinary,” Horgan said.

But this announcement and funding will allow communities to shape growth, not to chase growth, he said.

He also emphasized that climate change is “the crisis of our time.”

“You can tell I’m really excited, in my 12 years I’ve never been so excited,” Surrey Mayor Doug McCallum said.

“It has been 27 years since the last time we put tracks down,” in Surrey, he noted.

“Every new stop built for Surrey-Langley SkyTrain translates in to new ridership and less cars on the road.”

It will encourage higher density and mixed use development around the SkyTrain stations, he said.

“This project is shovel ready, so much so that we expect early works to start this Tuesday morning,” McCallum said.

“I am so excited!” said Langley City Mayor Val van den Broek, saying it will significantly impact lives of residents, certainly in the City of Langley.

“I’ve been mayor for almost 10 years, and I’ve been pushing for rail to the Langleys for a long, long time,” said Mayor Jack Froese of Langley Township.

The vision of the Mayors’ Council of TransLink includes the whole region, Froese said, thanking his fellow mayors such as Jonathan Coté, as well as Trudeau, Horgan, and the MLAs, MPs, and staffers who have pushed the project forward.

“For five consecutive years, Metro Vancouver was among the top regions in all of North America for ridership growth,” Froese noted. “Throughout North America, TransLink is the star.”

She acknowledged ridership has been hit hard by COVID, dropping to 40 per cent of previous levels.

“However, I’m convinced that the future is bright,” Chen-Kuo said.

“I’m confident that our ridership will recover and recover strong.”

“This project will serve as a key addition to our regional rapid transit network,” said Gigi Chen-Kuo, interim CEO of TransLink.

“Investments in public transit make a huge difference in the lives of people,” said Catherine McKenna, Ottawa’s minister of infrastructure and communities.

At least three main groups, along with several individual protestors, shouted and heckled while Trudeau, Horgan, and Minister of Infrastructure and Communities Catherine McKenna spoke on the mezzanine level outside City Hall.

At least two people were arrested during the announcement. 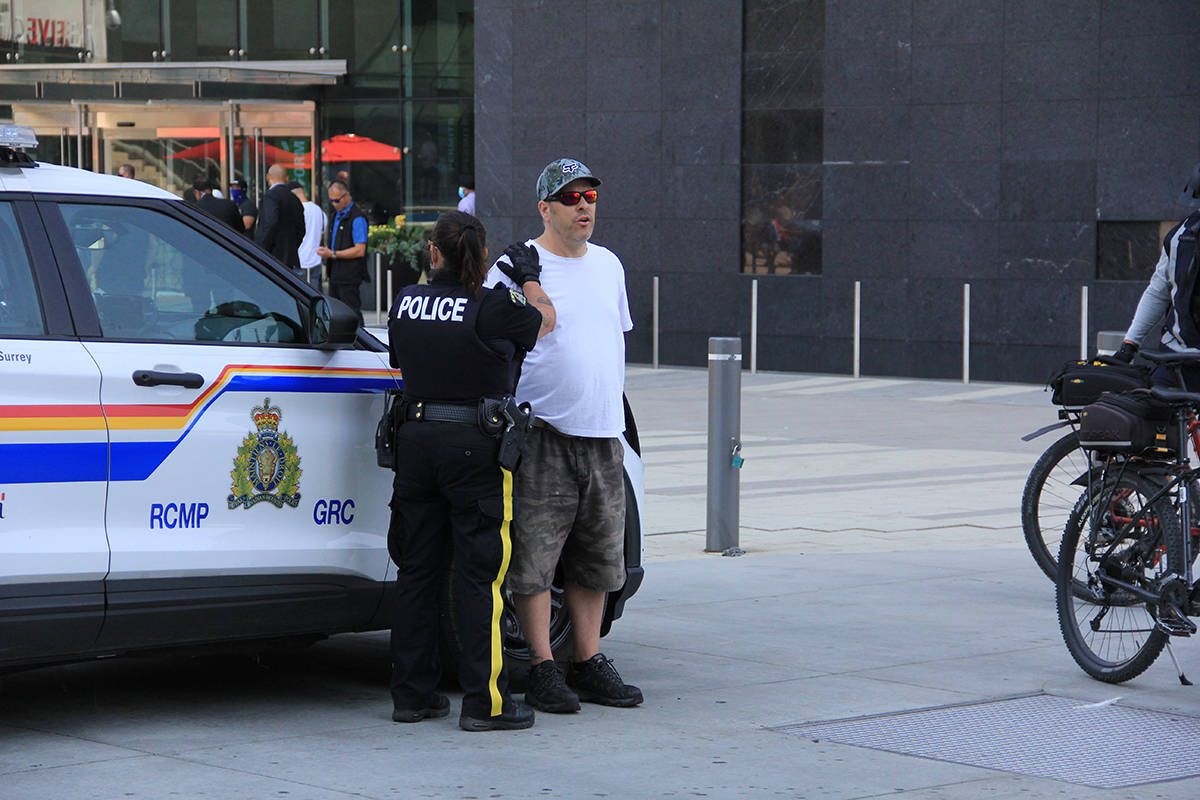 At least two people were arrested at City Hall during the announcement. One man, pictured, would not give his name and was not cooperating with police. (Malin Jordan/Black Press Media)

The rapid transit line from through Surrey and into Langley has been through multiple controversies and a major change in scope and scale.

Fully funded originally as a light rail line running at ground level for 16 kilometres from the King George SkyTrain station down Fraser Highway, Surrey’s Mayor Doug McCallum and his Safe Surrey coalition won election in 2018 on a pledge to cancel the light rail project and replace it with SkyTrain.

By the end of 2018, Metro Vancouver’s mayors, who oversee TransLink, had voted to go along with McCallum.

The $1.63 billion available to build a light rail line to Langley would only fund about half of the SkyTrain project, however. The first bundle of funding, already approved, would allow the construction of SkyTrain to 166th Street, in Surrey’s Fleetwood area.

Extending the SkyTrain would require a total estimated cost of about $3.1 billion.

During last October’s election campaign, B.C. Premier John Horgan pledged that the provincial government would fully fund its share of the $1.5 billion portion of the costs of extending the line to Langley.

Local politicians along the route in Langley and Surrey – including provincial NDP and B.C. Liberal members, and federal Liberals and Conservatives – have been pushing for the funding for the line for years. 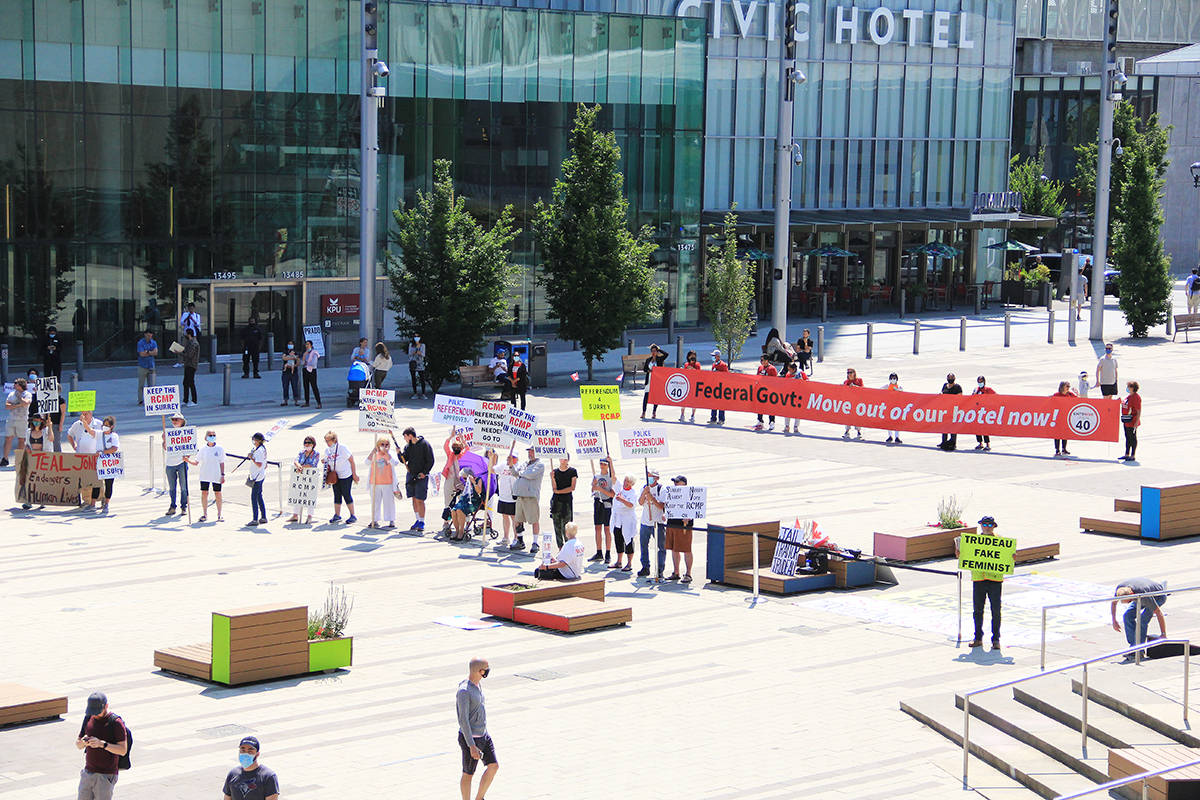