The birthplace of B.C. may be Langley’s most historic neighbourhood but recently, parts of Fort Langley have had the feel of a ghost town.

Prominent eateries along Glover Road, including the Lampliter Café and Jim’s Pizza, have recently been boarded up, along with several other businesses and homes, now surrounded by fencing.

On the east side of Glover Road, across the street from the community hall, several homes and larger businesses now sit empty along Mary Avenue to Church Street.

Fort Langley developer Eric Woodward owns those properties. In October 2017, he said he would board up businesses after he reached an impasse with the Township on future development he had planned for the village. He launched a public protest last October when he painted one of his houses pink. It has since been repainted grey.

He launched a public protest last October when he painted one of his houses pink. It has since been repainted grey.

Last October, Woodward applied to tear down the home, but said the Township refused to issue a permit for the demolition of the house or for several other, now-vacated, buildings on the 1.39-acre parcel of land at Glover Road and Mary Avenue unless several conditions were met, and which Woodward considered unreasonable.

Frustrated by what he felt was a lack of support from the Township, Woodward indicated he would not pursue development plans for the site, which had included a boutique hotel.

At the time, he said, “There are up to eight buildings that (are) going to empty within the next four to six months.”

Woodward was also unhappy about demolition requirements that included a ‘tree protection plan for each property,’ to ensure trees wouldn’t be harmed in the demolition.

Last week, a stand of tall trees on Woodward’s Glover Road properties were cut down, as well as other trees and hedges on other parts of the property.

In response, some residents painted a mural on a fence to stand in contrast to the tree removal. It bears the word, ‘Love,’ with trees on either side of the word.

Longtime Fort resident and artist Janice Robertson is shocked by the boarded-up windows and loss of trees. She has lived in Fort Langley for more than 30 years, and she said she’s seen changes, but nothing like this.

“I just feel devastated by this — it has a profound effect on how the village looks.”

Woodward said he had “no choice” but to remove multiple trees because of efforts he alleges are being made to have select trees on his properties declared “heritage.”

Township has no heritage tree bylaws in Fort Langley, said the mayor.

“I would have preferred to leave many trees in place until redevelopment but was unable to consider doing so any longer because of these tactics,” said Woodward on Monday.

Township head planner Ramin Seifi said Woodward has no application currently before the Township, so he is allowed to cut the trees down if he wishes.

However, he said when a developer submits an application for development “they have to prepare a site design proposal which includes the number of trees on the property and how the developer plans to retain as many trees as possible,” said Seifi. That is standard policy, he said, and it was required of Woodward when he originally wanted to demolish the house he painted pink in protest.

“If a developer has been shown to be taking advantage of the process, like removing trees before submitting a proposal, council can require him to do more,” said Seifi.

On Monday, Woodward reiterated he has no immediate plans for the buildings and homes that now sit empty and covered in plywood.

“The buildings will remain boarded until redevelopment, as many of them are unsalvageable and have now been environmentally abated ready for demolitions. We are actually not allowed to remove them without political process, which we will not attempt at this point, given the never-ending smear campaigns and social media shenanigans from the same group of people,” Woodward said.

Township Mayor Jack Froese, who is a Fort resident, said there is nothing the municipality can do about the situation. As long as Woodward doesn’t infringe on the unsightly property bylaws, he is within his rights, Froese said.

“We can’t tell a business owner what to do with their businesses. I’ve reached out to Mr. Woodward. I’ve told him our door is open to work with him.”

With respect to trees that have been removed, Froese said there is no tree protection bylaw in Fort Langley, as there is in Brookswood.

“Those trees were on Mr. Woodward’s private property, so if a business decided to cut down the trees, it’s their right to do so,” said Froese.

He said this isn’t the first time Fort Langley has looked less than its best.

When Woodward’s Coulter Berry building development was tied up in a Supreme Court challenge, a large hole remained in the heart of the village for some time.

“We still had visitors to Fort Langley then,” he said.

Woodward has a long and controversial history in Fort Langley that began with his proposal to construct the three-storey Coulter Berry Building — a mixed use development that fronts Glover Road.

Residents won a lawsuit against the Township, which had granted a heritage alteration permit to allow for construction of a building that exceeded existing height restrictions. The Township appealed that ruling and won, and the Coulter Berry Building opened in September 2016.

At the Feb. 19 Township meeting, Coun. Kim Richter made a notice of motion to invite Woodward to discuss his concerns with council.

“A significant property owner and developer has publicly expressed his discontent with the treatment he has received from the township and he has said he is no longer able to redevelop large areas of the commercial core of Fort Langley and has permanently boarded some of them up,” Richter stated in her motion. 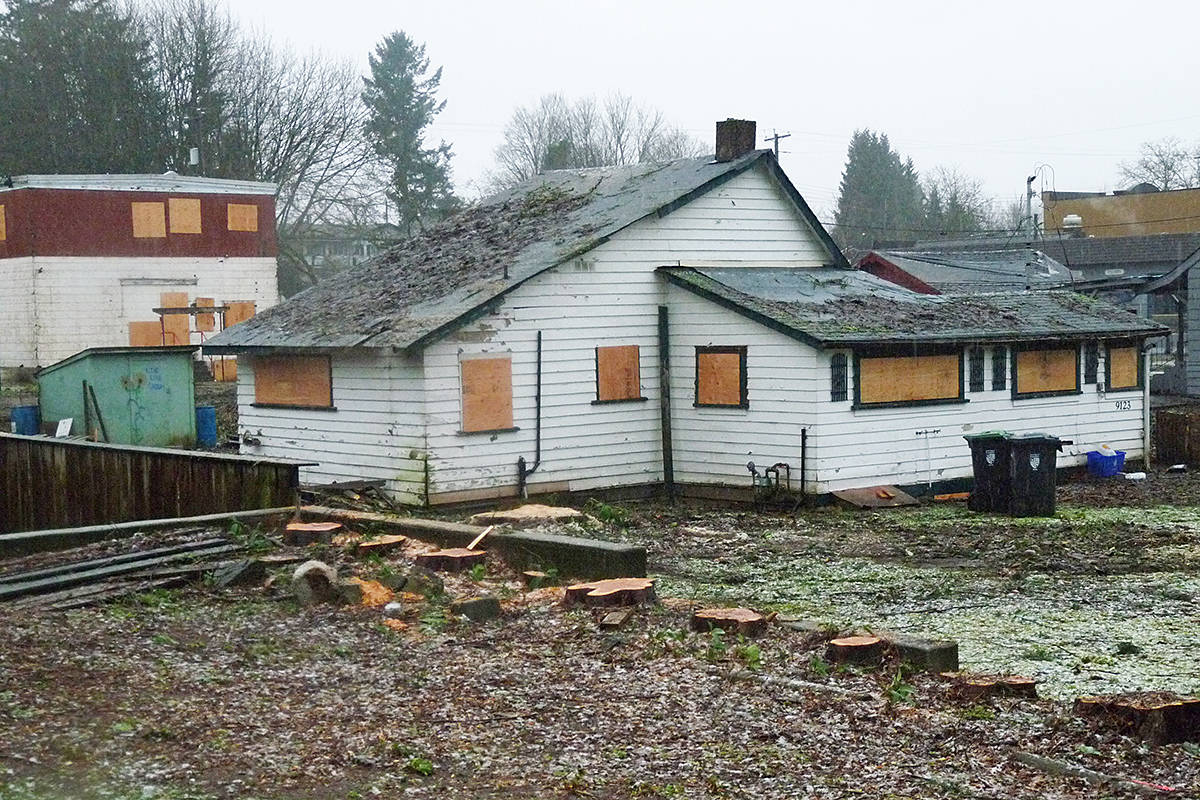 Buildings on this Fort Langley site have been boarded up and all the trees have been removed. Dan Ferguson Langley Times 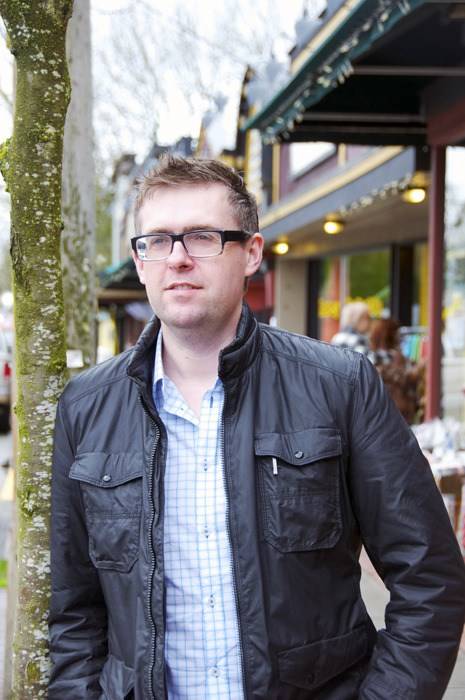 Fort Langley developer Eric Woodward says he had no choice but to cut down trees on his properties because of efforts he believes are being made to have the trees designated as ‘heritage.’ He also said this week that he had no option but to leave the buildings in Fort Langley boarded up after reaching an impasse with the Township over plans for development in the village. Langley Times file photo 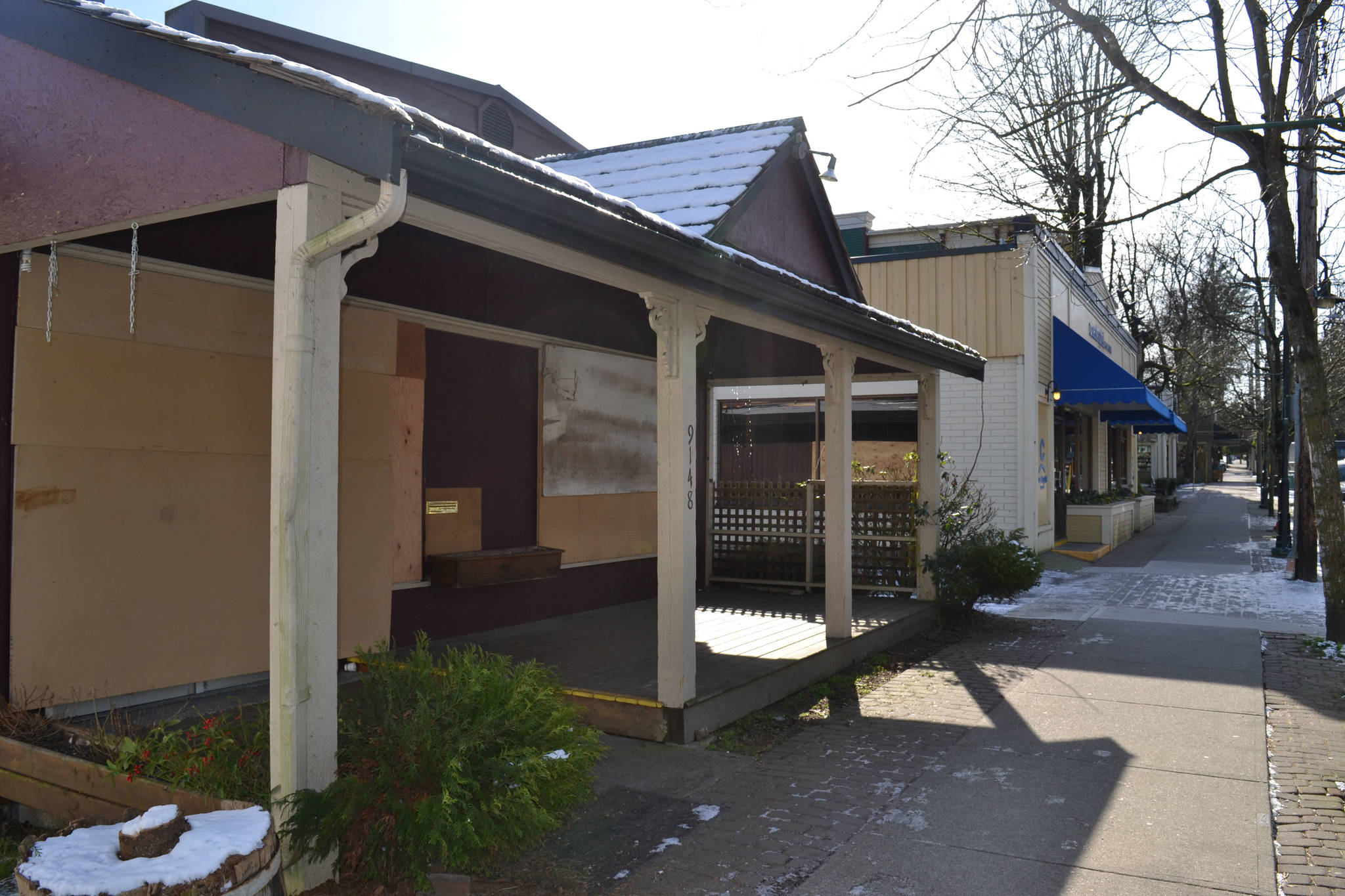 The iconic Jim’s Pizza was a staple on Glover Road for 32 years. It along with the neighbouring building are now boarded up across from the Fort Hall. Monique Tamminga Langley Times 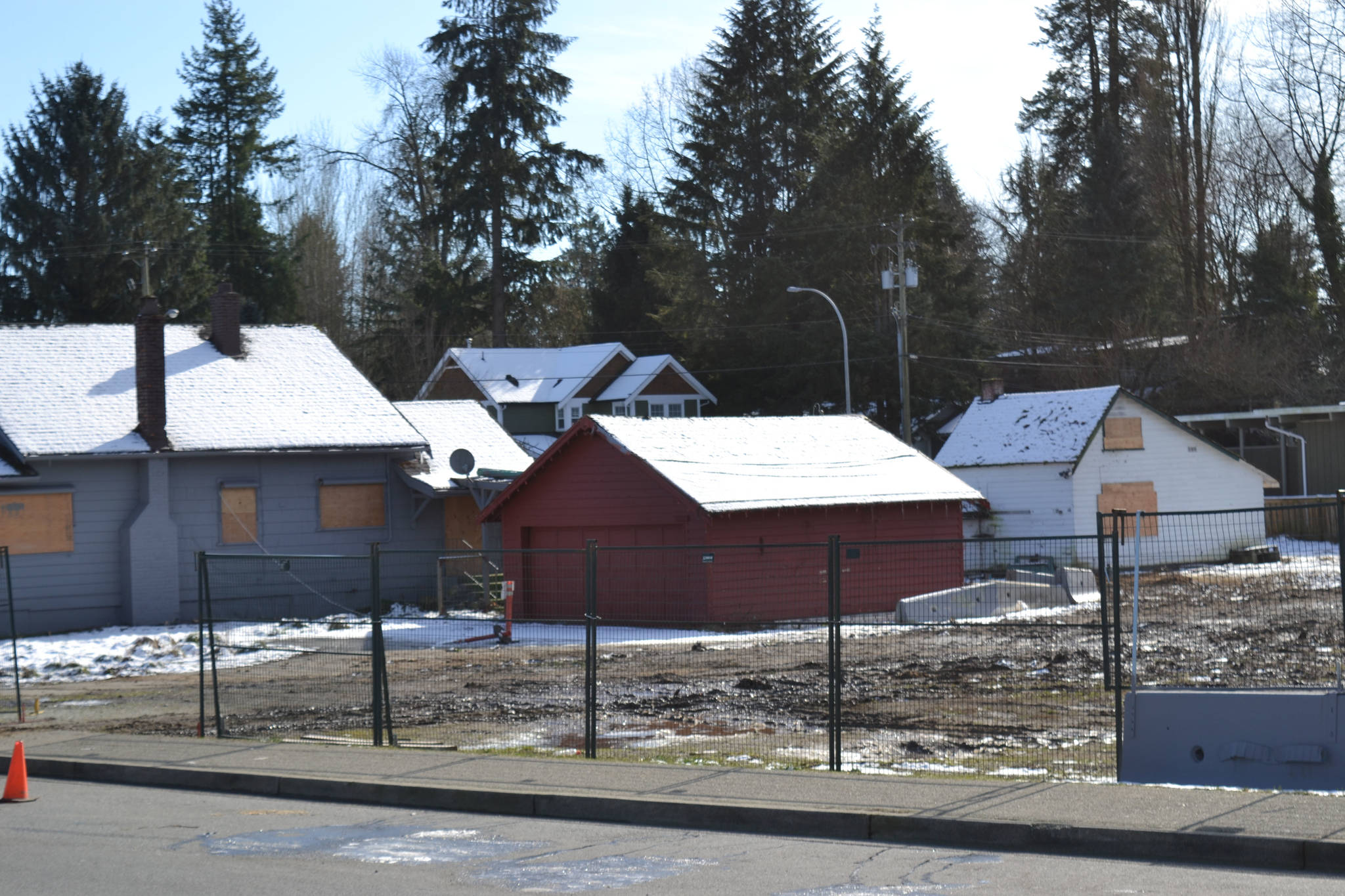 This is a collection of homes and buildings on Mary Avenue that developer Eric Woodward is leaving empty because of ‘unreasonable’ demands he says the Township is making on him. Monique Tamminga Langley Times