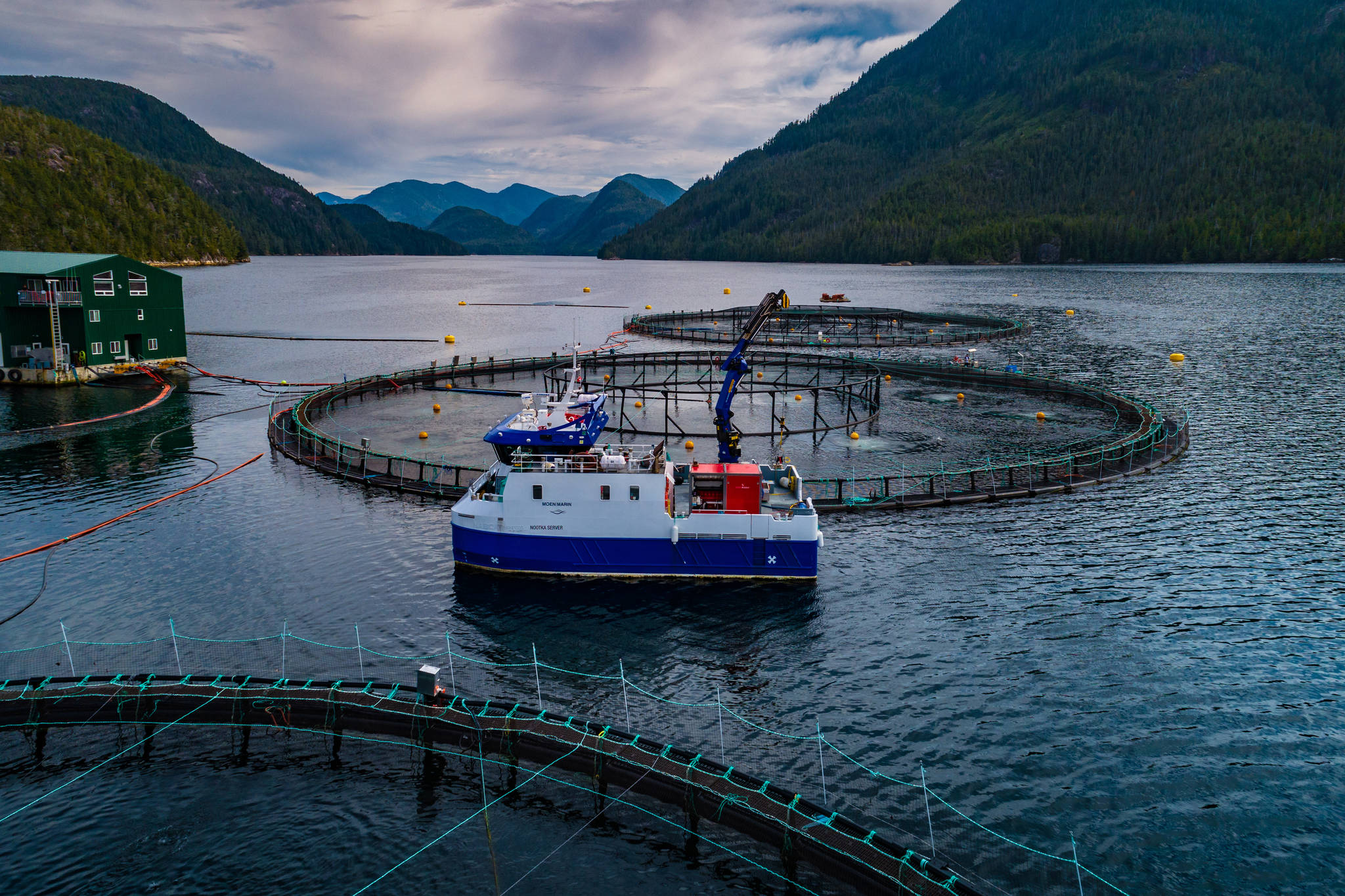 The first in a series analyzing the Discovery Island fish farm decision.

While the Dec. 17, announcement by Federal Fisheries Minister Bernadette Jordan was hailed as “groundbreaking” and “historic” by environmental groups, aquaculture workers are calling it a decision that “stole Christmas,” as they anticipate job loss and a ripple effect to related businesses across the North Island and Discovery Islands communities.

Jordan’s decision was based primarily on consultation with seven First Nations which have title in the Discovery Islands. A coalition of Indigenous groups and wild salmon advocates have been calling for fish farms to be removed from B.C. waters, arguing they threaten the health of wild salmon.

Industry voices claim the minister did not adequately evaluate the economic fall-out of such a decision.

Trending on social media is #coastaljobsgone where hundreds of aquaculture employees put up Dear Bernadette letters, outlining the economic, social and emotional impact of her decision.

Mowi’s Discovery Island farms make up 30 per cent of its production in B.C., so this decision will affect more than just the jobs on those sites. Industry stakeholders claim that the processing plant in Port Hardy will have less to process, smolt farms will have nowhere to transfer fish as they grow, and a new fish smoking facility in Klemtu, which was planning to use fish from Discovery Island farms, is now uncertain.

Also impacted are the suppliers and contractors that work with Mowi. Campbell River grocery stores that supplied fish farm employees based off-Island are expecting a $1,000 weekly cut from their quota.

The #coastaljobsgone campaign was a Mowi initiative, to give their employees a voice.

Dean Dobrinsky, Mowi human resources, safety and communications manager, said people were asking him for answers and he had none to give.

Tiffany Macwilliam and her partner Donald Orton moved to Campbell River from Ontario to pursue a career in aquaculture almost two decades ago. A fish health technician with Mowi since 2006, Macwilliam told Black Press she knew the federal government was consulting with First Nations about Discovery Island fish farms, but she was “shocked” by the announcement.

“I can’t spend money on Christmas. I don’t know if I am going to have a job in the next five years and I certainly don’t feel safe,” she said.

Other employees who came to Vancouver Island from other parts of the country are also contemplating their next move.

READ MORE: Discovery Islands salmon farms on their way out

Blind Channel Resort, an off-grid establishment which also operates a fuel dock and water taxi operations on Thurlow Island, estimates the collateral damage at $1 million, according to owner Eliot Richter.

“This decision to phase out fish farms from the area is going to have a dramatic impact for us,” said Richter, who has been doing business with fish farms in the area for more than 30 years.

“We had their long-term accommodation bookings, our fuel dock services most of their large support vessels which operate in the area and four water taxis that transport employees.”

John Paul Fraser, BC Salmon Farmers’ executive director, is doubtful Jordan took the time to understand the economic consequences of her decision. He cites the lack of a plan to help the industry transition.

“No effort has been made. It is the sloppiest, most careless, thoughtless, reckless, heartless approach to a decision, and follow-up to a decision that I have ever seen,” Fraser said.

Jordan consulted with the seven area First Nations between September and December, but municipal governments and aquaculture companies were not invited to participate.

The minister said in the press release that Canada is committed to aquaculture, “but it must be developed collaboratively and include the voices of Indigenous peoples and all Canadians.”

She also told Black Press that it was an “extremely difficult decision” for her.

“I know there are people whose jobs are impacted, communities that are impacted, and that’s why I did not take this decision lightly.”

Asked whether First Nations rights were a valid reason to make the decision, Fraser said it is “always appropriate” to consult First Nations. The industry is “so connected to those important conversations,” he said, adding that 80 per cent of B.C. farmed salmon production has economic benefit agreements with local Indigenous communities.

“We don’t impugn the motive of the decision, but the fallout is going to be severe,” he said. Especially with declining forestry, mining and commercial fishing jobs, he sees aquaculture as an economic stabilizer.

READ MORE: Mayors asking to be let in on fish farm consultations

James Walkus started the James Walkus Fishing Company out of Port Hardy, but has since transitioned the fleet to transport fish from farms to processing plants, or from smolt farms to maturing farms. His company of 25 to 30 employees has the contract to transport all of Mowi’s fish.

Walkus thought it was odd that Jordan didn’t include the many nations involved in fish farming, like Quatsino, Gwa’sala-‘Nakwaxda’xw (Walkus’s Nation), and the Mamalilikulla part of the Mamalilikulla-Qwe’Qwa’Sot’Em First Nation. That band is divided on the topic, he said.

As a commercial fisherman and transporter for farmed fish, Walkus thinks that even if salmon returned at above average numbers every year, wild fishing alone is not enough to meet demand.

The uncertainty of future licenses from the fisheries department worries Walkus. If new locations north of Vancouver Island are approved, they could save the operation, but the uncertainty makes it difficult to plan ahead.

The industry is questioning if Canada and specifically B.C. is a good place to continue to invest, said Rocky Boschman, managing director of Grieg Seafood BC.

Grieg has one eight-member unit among the 19 Discovery Islands fish farms. The economic damage of phasing one farm will not affect them as much, said Boschman and added, “we have enough flexibility in our operations to integrate the production of that farm.

But with a $25-million hatchery expansion underway in Gold River and a $200-million project planned on north Vancouver Island, Grieg is pondering if the decision to go forward is a good idea, said Boschman.

Fisheries and Oceans has not responded to requests for an interview.

14-year-old killed in one of 2 Surrey shootings in 24 hours, burnt vehicles found in Langley, Pitt Meadows