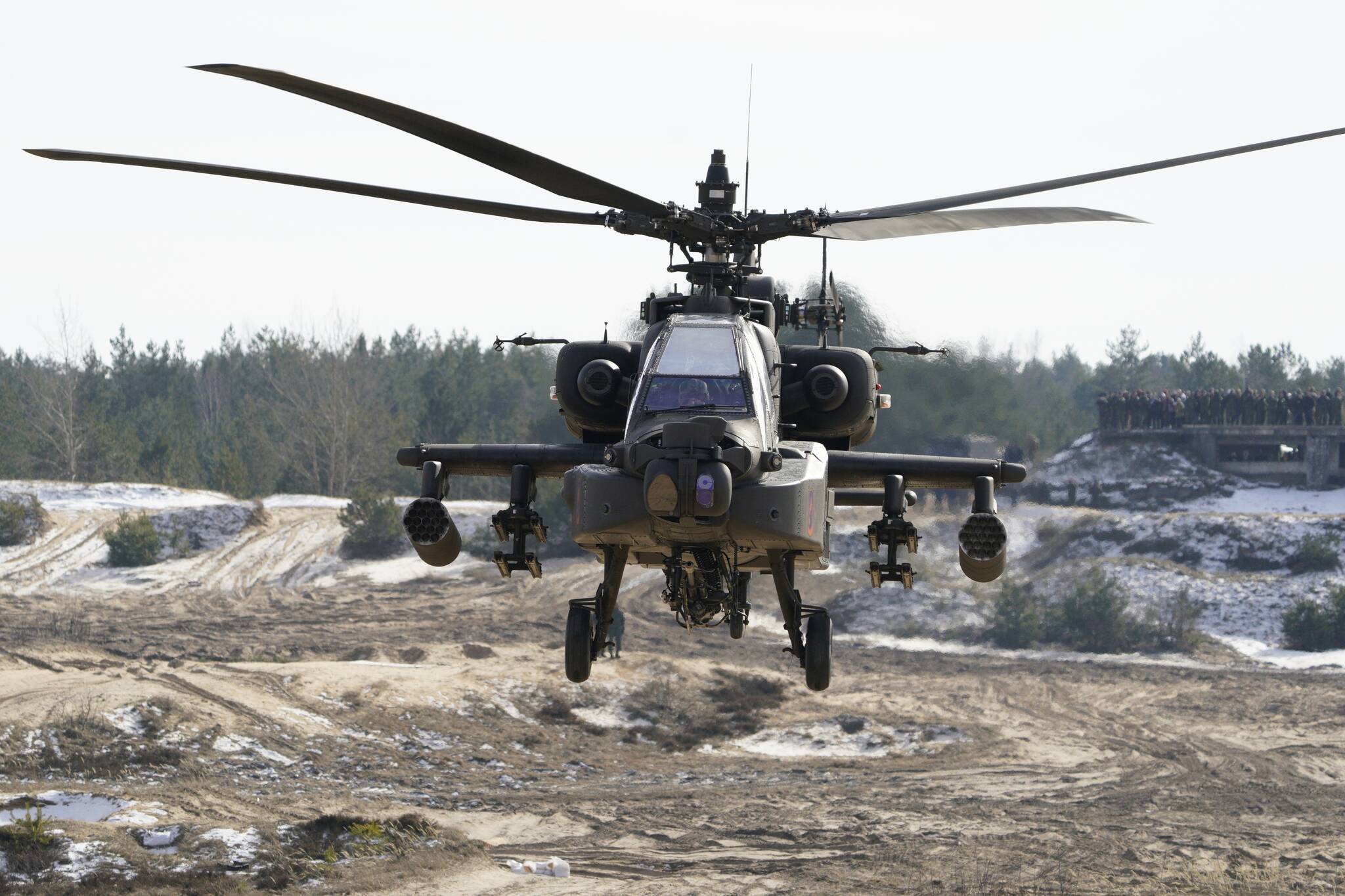 The Canadian officer commanding a NATO battle group in Latvia says Russian forces would be routed if they dared launch an attack against Canadian troops and their allies stationed in the Baltic country on Russia’s western border.

The threat is constant in the context of the Russian invasion of Ukraine, and on Tuesday tensions mounted when a missile strike killed two people in Poland, another NATO member. There were initially fears the missile had been fired by Russia, but Poland said Wednesday it was probably launched by air defences in neighbouring Ukraine.

Van Eijk spoke to The Canadian Press in his modest office in a temporary building at Camp Adazi, the battle group base in the middle of a forest about a 45-minute drive from Riga, the Latvian capital.

The small country was part of the Russian empire and then the U.S.S.R., and it has twice had to win independence, most recently in 1991.

Just over 1,200 soldiers from 10 countries, including 700 from Canada, train at Camp Adazi as a unified combat group defending Latvia. Van Eijk is convinced that his troops are better prepared and more experienced than their potential adversaries.

“The expectation of that is changing,” he said in reference to a vision of the Russian army as one of the most imposing and best equipped in the world.

“There was an initial impression that the Russians would be faster, and they have underperformed based on what they … messaged they would be able to do in Ukraine,” he said. “So what the pace of that operation, if it were to come to pass, looks like is really dependent on what … the Russians would actually throw at us.”

The commander said the soldiers under his command all had to undergo rigorous national training and worked hard to be integrated into the battle group. They are professional soldiers, he added, and their understanding of tactics and optimal use of resources is superior to a Russian soldier’s.

Van Eijk, who has been posted in Latvia for five months, says NATO has precise information about the Russian forces on the other side of the Latvian border — which lies just 200 kilometres from Camp Adazi — including their state of readiness and even their daily activities.

He says Russia’s war in Ukraine has reduced the threat level in Latvia. “The amount of resources that the Russians have invested now in Ukraine, and that they are losing in Ukraine, is reducing their ability to do something in this theatre rapidly,” he said. The Latvian army has reached the same conclusion, noticing a weakening of the Russian land army bases in the region — in Pskov, for example.

The Russians nonetheless remain a threat, van Eijk said. “What they’re going to do in the future is really in President (Vladimir) Putin’s hands, I think, but the threat is very real,” he said.

The NATO battle group, known as eFP Latvia, serves both as a dissuasion and a shield in the event of an attack. It is larger than a regular Canadian battle group, “verging on too big,” its commander said, and it has all the equipment it needs.

On Wednesday, soldiers from a number of countries, including Italy, Germany and Spain, were training in a vast section of Latvian forest. The sound of heavy artillery could be heard sporadically, and from afar, observers with binoculars watched from a bunker.

Other soldiers were in a tent practising to identify targets — Russian combat vehicles — and describe their characteristics within a minute.

The eFP Latvia had held four training exercises in three months involving the entire battle group, an effort van Eijk describes as “phenomenal.” Soldiers are rotated in and out every six months so they are not tired, he said.

He acknowledged that commanding a multinational group is a challenge but said it is ultimately “a human business” of making sure everyone understands his intent.

The British Columbia native was previously deployed in Afghanistan and has spent most of his career with the 1 Canadian Mechanized Brigade Group in Shilo, Man. Asked what he misses most about Canada, he replied, “Being at home.”

That will come soon, as he is due to return home in December when his Latvian deployment ends.