One year and seven months after a fiery crash at the Douglas border killed a Port Moody pastor, Surrey RCMP confirms investigators have recommended charges.

A spokesperson for the Mounties said Monday (Dec. 21) that a report regarding the May 2019 tragedy has been forwarded to the B.C. Prosecution Service for charge approval.

However, Cpl. Joanie Sidhu said she could not share what charges have been recommended, or when approval, if any, will be given.

Rev. Tom Cheung, a father of three and lead pastor of Pacific Grace MB Church, died at around 11:30 a.m. on May 2, 2019 when a Porsche Cayenne SUV collided with a Toyota Sienna van in the northbound lanes of the approach to the Canada Border Services Agency booths.

The impact sent both vehicles into a garden area located in the median between the north- and southbound lanes, where the van then burst into flames.

No further information regarding the arrested man has been disclosed.

One year after the crash, Cpl. Elenore Sturko said the collision “led to a complex investigation requiring significant evidence collection.”

“The submission will be detailed and will provide prosecutors with the information they need to determine if charges will be approved.” 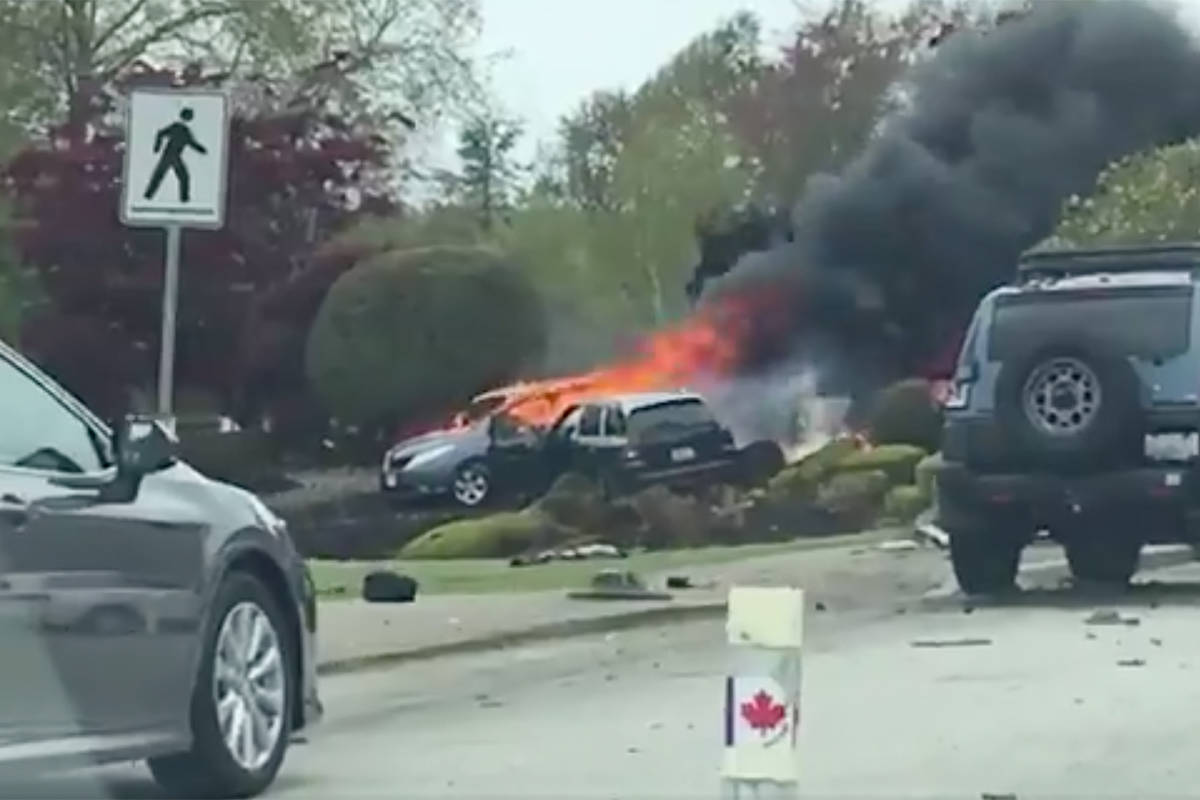 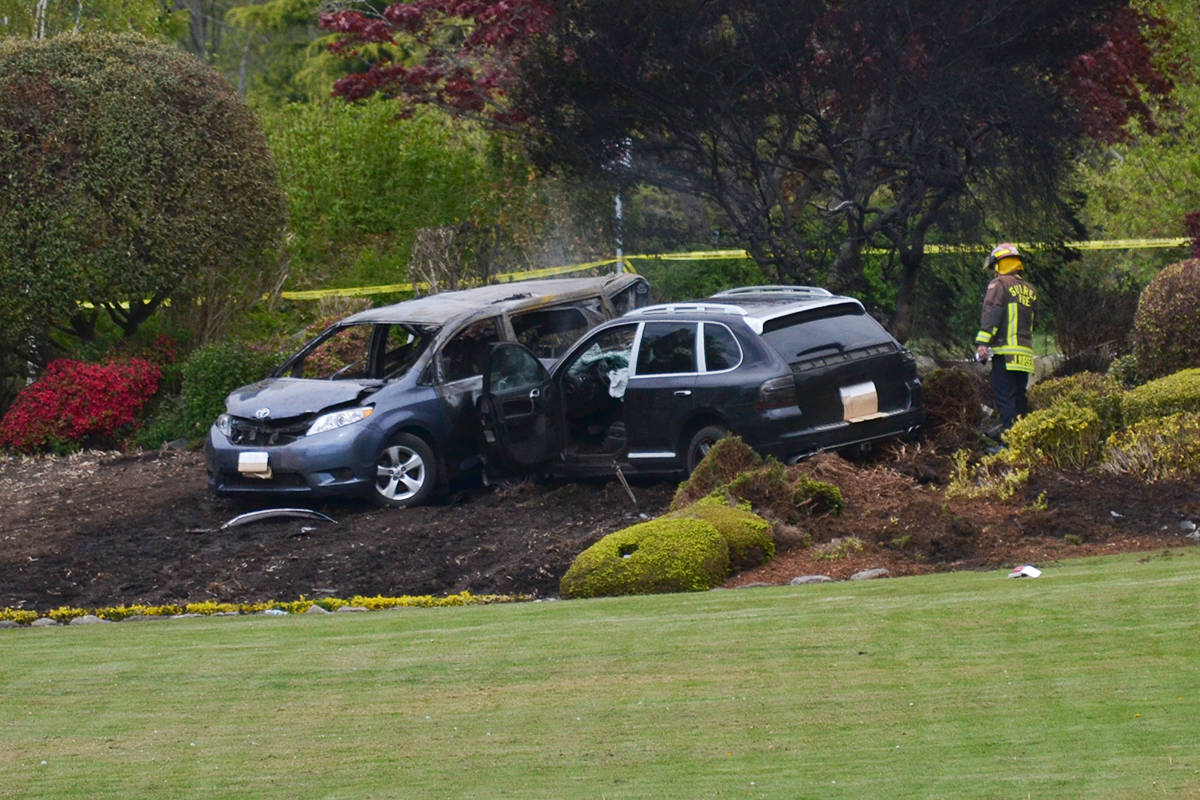 Two vehicles caught fire at the Douglas/Peace Arch border following a collision on May 2, 2019. (File photo)

5-15 cm of snow expected to fall in Lower Mainland