Some local children have left a touching tribute to a stranger who died near a Langley bus stop on Friday.

The hand-drawn note, in a protective plastic cover, was attached to the bench at the 564 Willowbrook bus stop near 206 Street and 66 Avenue, near the site where a cyclist died as a result of what police described as a medical emergency.

“You may not know us but we just want to say it is not fair to be forgotten alone,” the printed message read.

“We also want to say we are sure you were a great person and we hope you make it to heaven.”

Below it was a hand-drawn sketch of a “stairway to heaven” with gates at the top and one person walking towards them.

A social media post by a local parent explained the note and flowers were left by her young sons who live in the area and thought no one should die “alone and forgotten.”

One person died as a result of a medical emergency while riding their bicycle on the Willoughby Slope on Friday evening, Nov. 27, Langley RCMP said.

Police, paramedics and Township fire responded to 206th Street, a residential road, just north of the intersection with 66th Avenue, shortly before 5 p.m.

According to the Langley RCMP, the incident was not a crash or a hit and run, and it appeared the cyclist died suddenly while riding. 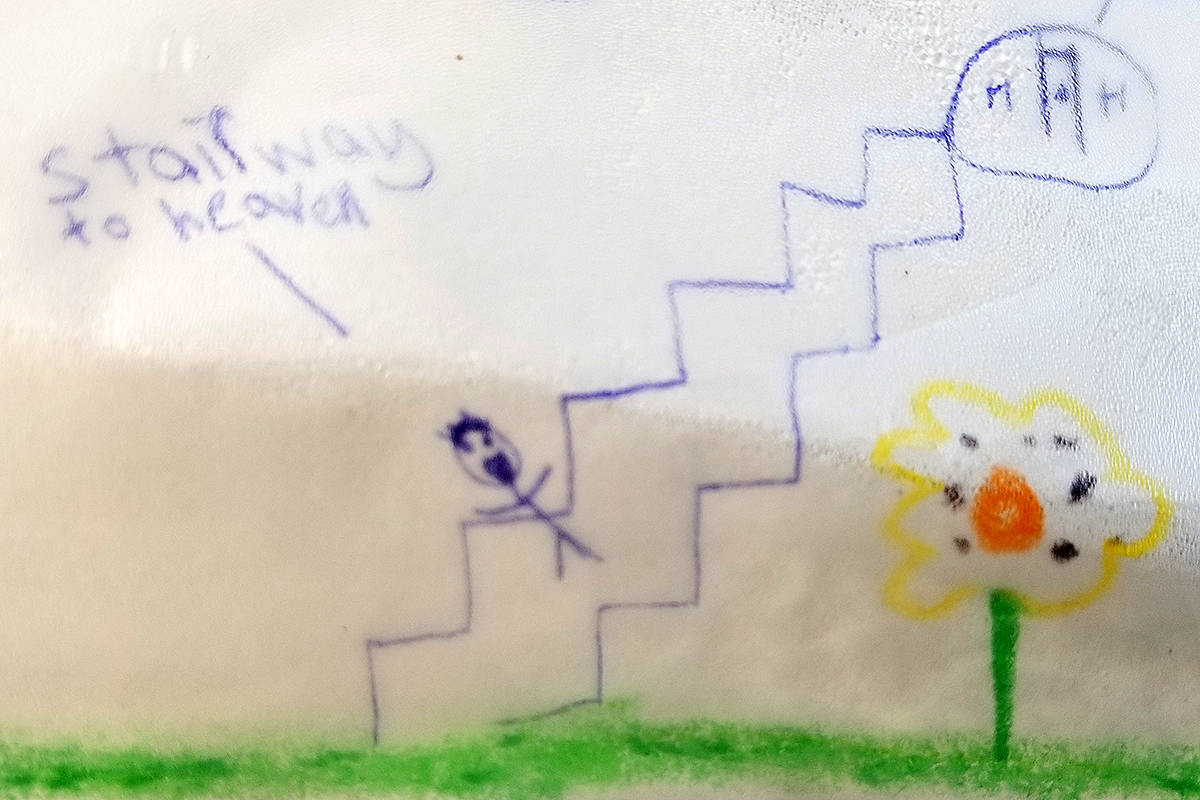 A hand-drawn ‘stairway to heaven’ was part of an memorial left for a cyclist who died from a medical emergency near 206 Street and 66 Avenue on Friday, Nov. 27, 2020 (Dan Ferguson/Langley Advance Times)