According to Google Maps, it takes almost three hours to drive from Chilliwack to Whistler on any given day. What if that travel time could be cut by two-thirds?

That’s exactly what a group of urban planning developers, politicians and others – who call themselves the Mountain Valley Express Collective – wants to make possible through a high-speed rail line connecting the Fraser Valley and Sea to Sky with stops through Metro Vancouver.

The proposed project could see 15,300 passengers per hour travel along pre-existing highways and rail corridors at up to 300 kilometres per hour, cutting down travel time by 80 per cent.

For example, it would take 30 minutes to get from Vancouver to Whistler, down from nearly two hours.

Released Tuesday (Oct. 6), a report detailing the project says high-speed rail would help curb climate change, reduce congestion within the region and benefit the ongoing lack of housing affordability many are facing.

“To support economic recovery and prosperity for people right here in Metro Vancouver, we must ensure that our local communities can access opportunities without a car,” the report reads. 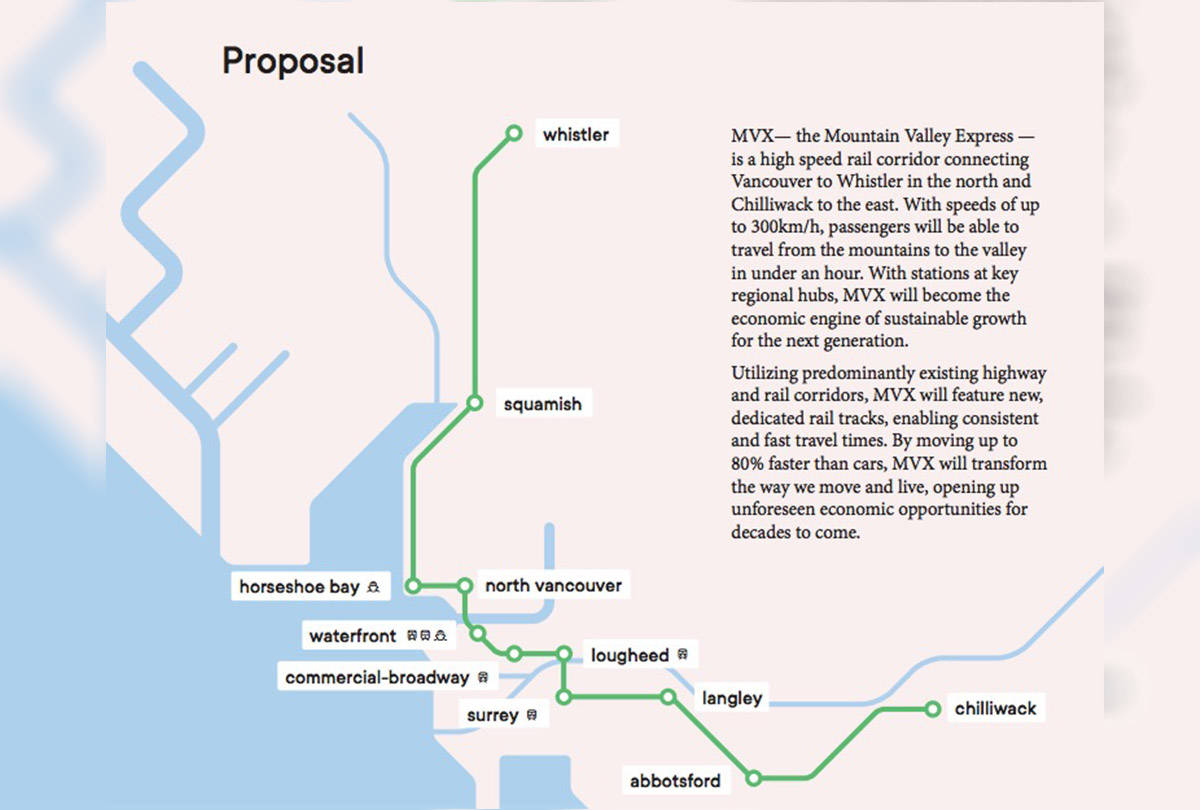 The idea is that it would include 11 stops including in Langley, Abbotsford, downtown Vancouver, North Vancouver and Squamish.

This isn’t the only high-speed rail line garnering public interest in the region. Back in 2018 it was announced that B.C. would pitch in to study the economic benefits and risks for an ambitious high-speed rail project that could get British Columbians to Seattle in an hour.

SAY WHAT? Readers weigh in on high-speed rail to U.S.