It’s shaping up to be a close race in Cloverdale-Langley City as the Conservative and Liberal candidates are within a few percentage points of each other.

The NDP’s Rae Banwarie has 1,755 while the other two candidates were trailing.

Muted atmosphere at Tamara Jansen's campaign office. Aldag ahead by 4,195 votes to 3,968 with 65/205 polls reporting. pic.twitter.com/j3Ik4YIdKv 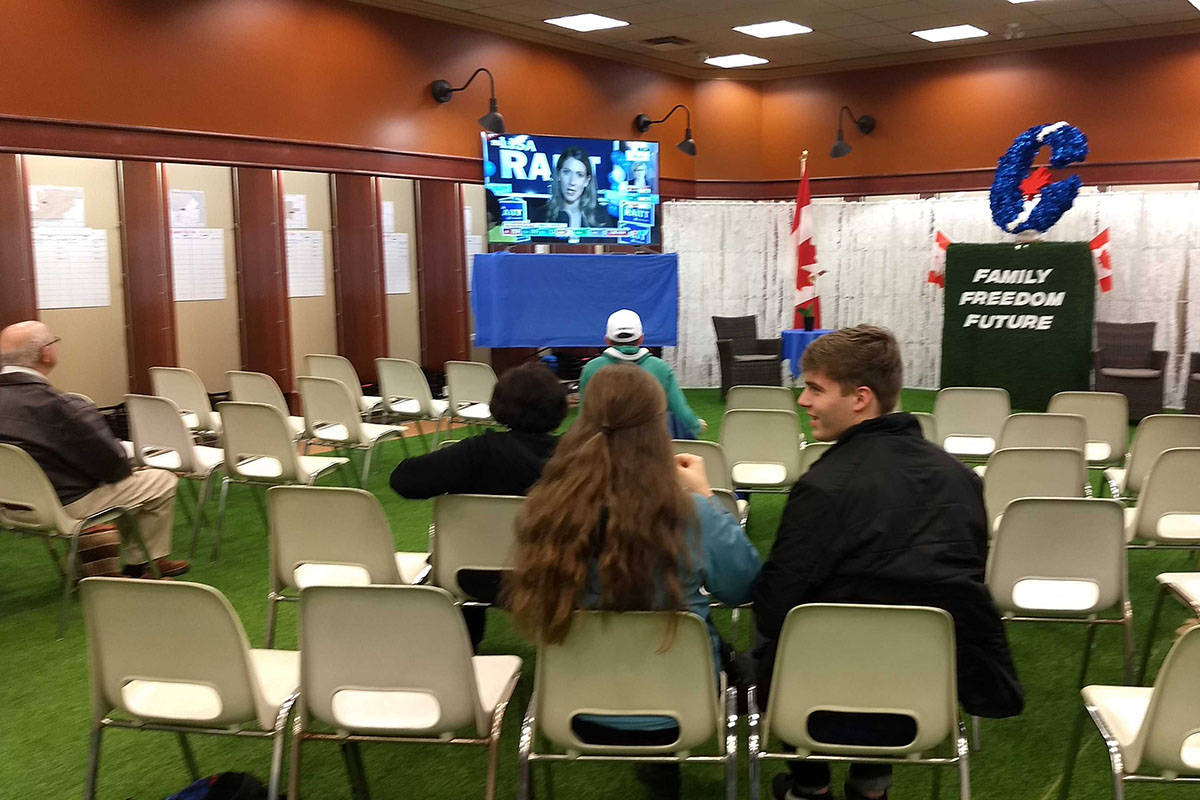