Kwantlen Polytechnic University will receive $500,000 from the provincial government to provide training equipment for its trades and tech students.

In a Tuesday announcement, B.C. Premier John Horgan revealed the province is investing more than $5.4 million in trades and tech equipment at 15 post-secondary schools across B.C.

Kwantlen Polytechnic University (KPU) was one of four post-secondary institutions to receive funding in the Lower Mainland. The vast majority of the $500,000 allotted to KPU will be spent at its Cloverdale Tech campus, as that is where most of the university’s trades training takes place.

Dr. David Florkowski, Dean of Trades and Technology at KPU, said that the funding will be spread evenly amongst the university’s trades programs, to both update aging equipment and fund new technology.

The $500,000 will address “a lot of our high needs,” he said, including purchasing new automotive lifts and funding power distribution demonstration labs that tie into KPU’s geothermal and solar training programs.

“The new equipment should put our students at industry standards, if not higher,” said Florkowski.

As well as upgrading and providing equipment to existing programs, the funds will also go towards KPU Tech’s future Mechatronics and Advanced Manufacturing Technology (MAMT) program. The MAMT program has been in the works for about 18 months, according to Florkowski, and KPU hopes to launch it this fall.

As Florkowski explained it, “Mechatronics is actually a blend of two fields. It’s mechanics, so the movement of machines, and electronics, so the idea that you can control the machine.”

The blend of mechanical and electrical training required for the MAMT program is becoming more typical for trades workers. “That’s where technology is going,” said Florkowski. “It’s hard to be around equipment and only be an expert in one aspect of that equipment.”

The MAMT program will be a two year diploma. During the first year, students will earn level one and level two certifications to work on machines made by Siemens, one of the world’s largest high-tech manufacturers.

By the end of the first year, Florkowski said, the MAMT students will be able to program and troubleshoot Siemens machines. The second year of the program will focus on giving the students a mix of electrical, millwright and welding training so that the students will also be able to repair the machinery.

“Right now, if, say, a robotic arm breaks down, there’s no one to really fix it — or it takes several people to come in to fix it,” said Florkowski, adding it’s not unusual for a technician to be flown in from Germany to repair a Siemens machine.

Graduates of the new MAMT program will not only be able to program and operate that robotic arm, they will also be able to troubleshoot any problems that occur and make any needed repairs.

The $500,000 in provincial funding given to KPU will fund equipment that the university had already purchased for the MAMT program, including programmable logic controller (PLC) trainers and a small robotic arm. 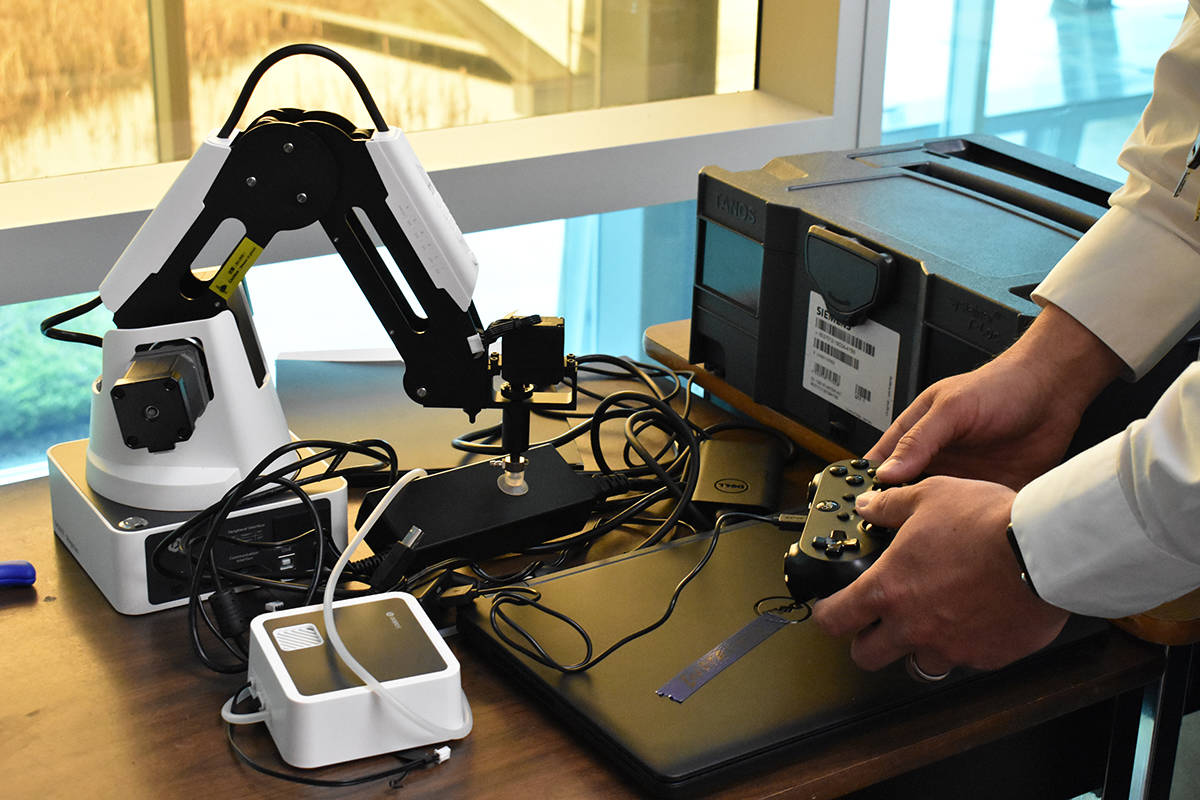 Mechatronics and Advanced Manufacturing Technology students will learn how to program, operate, troubleshoot and repair technology, such as this robot arm. (Samantha Anderson)