A public hearing on Willoughby’s final neighbourhood plan became a battle of the consultants that lasted nearly three hours on Monday night (April 23).

The Williams neighbourhood — which is bounded by 212 Street to the west, 76 Avenue to the south, 216 Street to the east and Highway 1 to the north — is expected to be home to approximately 4,600 people in 1,470 residences, and provide jobs for 3,500 people, according to a Township report.

The majority of the 33 speakers said they were in favour of the Williams Neighbourhood Plan, with many showing enthusiasm for the walkability of the neighbourhood, the potential for employment close to home, the type of housing options offered, the proximity of new housing and amenities to Trinity Western University and the community engagement process.

Carter was in attendance at the public hearing with other representatives of the shopping/residential centre, but so too were consultants from the Mitchell Group, the majority land owner in the Williams area.

Both sides referred to different consultant reports, which revealed contrasting information about the retail environment.

The first speaker was Ken Mitchell, president of the Mitchell Group, which has acquired approximately 150 acres of land — or nearly 60 per cent of the Williams neighbourhood — since 2009. About half of that land is earmarked for the business park and retail complex, the other half for residential development, in partnership with company Qualico.

“The grocery retail is really essential in Williams for its sense of community. We want this to be walkable and meet the Township’s needs,” Mitchell said.

“The primary trade area that’s created supports well over the 150 (thousand square-feet) that we’re planning on building. We’ll still be under-served even with it. We believe that there’s future problems with trying to find a location (for a grocery store) that would fill this need if we missed the opportunity now.”

Carter, however, said that in the Williams Neighbourhood Technical Background Report, it says the Williams commercial node “should not be intended for development as a major retail service commercial hub.”

“This is the Township’s own technical backgrounder at the onset of the process,” Carter said. “And it went on further to say that it should not negatively impact the existing and approved retail sites, including, specifically, the Willoughby Town Centre that’s only located a few minutes away from the site.”

Carter said the proposed retail is similar to what Willoughby Town Centre is offering, including a grocery store, drug store and restaurants.

“The negative impact will result in the reduction of current and future sales, and it will also have an impact on our future expansion plans. Our concern is that if there’s 150,000 plus (square-feet of) commercial at Williams, it’s now going to impact the Willoughby Town Centre and our ability to build it out to the proposed 400,000 square-feet.”

When asked by Coun. Kim Richter how large a supermarket he’d like to see in Williams, Carter said 20,000 to 25,000 square-feet would be appropriate for the projected population.

“We like to see this right-sized, and we’d like to see the scale appropriate, so that it not dominating our trade area, but is actually complimentary and suitable to the Williams neighbourhood,” Carter said.

“But we’d also like to see complimentary uses. For example, we don’t have a problem with the Canadian Tire, because we’re not going to be having a Canadian Tire at Willoughby Town Centre. It’s not appropriate for our style of development. We think there’s highway commercial uses that are suitable to the interchange that wouldn’t be suitable where we are.Maybe some drive-thrus, for example. We don’t have drive-thrus at the Town Centre. Where we do have a challenge, though, is where these uses are going head-to-head with us, just now that we’re starting to get on our feet.”

Some of the speakers at the public hearing said that the Independent Grocer — which opened in December, 2012 — is already extremely busy, and that another grocery store is needed in the area. One person, Doug Mitten, said he recently waited 30 minutes in line to be served by a cashier.

But the owner and operator of Independent, Harkam Cheema, said this isn’t true.

“I’ve been in the grocery industry for over 20 years. No grocery business store or retail outlet would survive if they had a 30-minute wait in the lineup,” he said.

“In fact, we are completely opposite of that. We have one of the best customer services in the neighbourhood — and that’s from the detailed surveys and analysis that we do. We monitor all of our traffic, every hour, every time there’s a cashier that goes on break, so on and so forth. It’s all tracked. So if we had those kind of lineups, we would beating Walmart in sales — let’s put it that way. And we’re not.”

Cheema said as a businessman, he is not opposed to development, but he is concerned about the size of the proposed grocer in Williams, especially considering that his store is “still struggling for business.”

“You can imagine the impact that’s going to have on us,” he said.

“Competition is good and healthy for business, but not when it’s detrimental to your business.”

Richter also asked Cheema what size grocer he’d prefer to see in Williams. He said he’d like to see a smaller store, somewhere between 15,000 and 18,000 square feet.

Beyond the topic of the commercial area, environmental issues were raised at the public hearing as well.

Kirk Robertson read out a letter from the Salmon River Enhancement Society about the potential downstream effects of developing the area.

Williams is part of the Salmon River Watershed, and developing it will cause increased flooding in the Fort Langley floodplain, he said.

“Increased flooding downstream is inevitable due to massive increases in hard surfaces such as roofs, driveways, sidewalks, roads and even lawns. We can slow the huge volumes of rainwater pouring off these surfaces with detention and other engineered strategies. But we have not yet found ways to effectively get rainwater into the ground,” Robertson said.

“The rainwater, having no other place to go, floods downstream and washes away salmon eggs, stream banks and other habitat. Council need only look at Yorkson Creek and its floodplain to see the increased flooding and damage to the stream that occurred after the development of Walnut Grove.”

On the residential side, Ryan Jones of Qualico Communities expressed concerns over amenity contributions and fees.

Add to that the Greater Vancouver sanitary and drainage fees, increased DCCs (development cost charges) and community wide amenity charges, and another $30,000 per acre is being tacked on in Williams, compared to Yorkson, Jones said.

“This adds up to another $16,000 per lot, which again, the consumer is going to see. We feel this is an unfair advantage to competing neighbourhoods and housing affordability,” he said.

Williams also has three times the amount of park space as other neighbourhoods in Willoughby, Jones added. 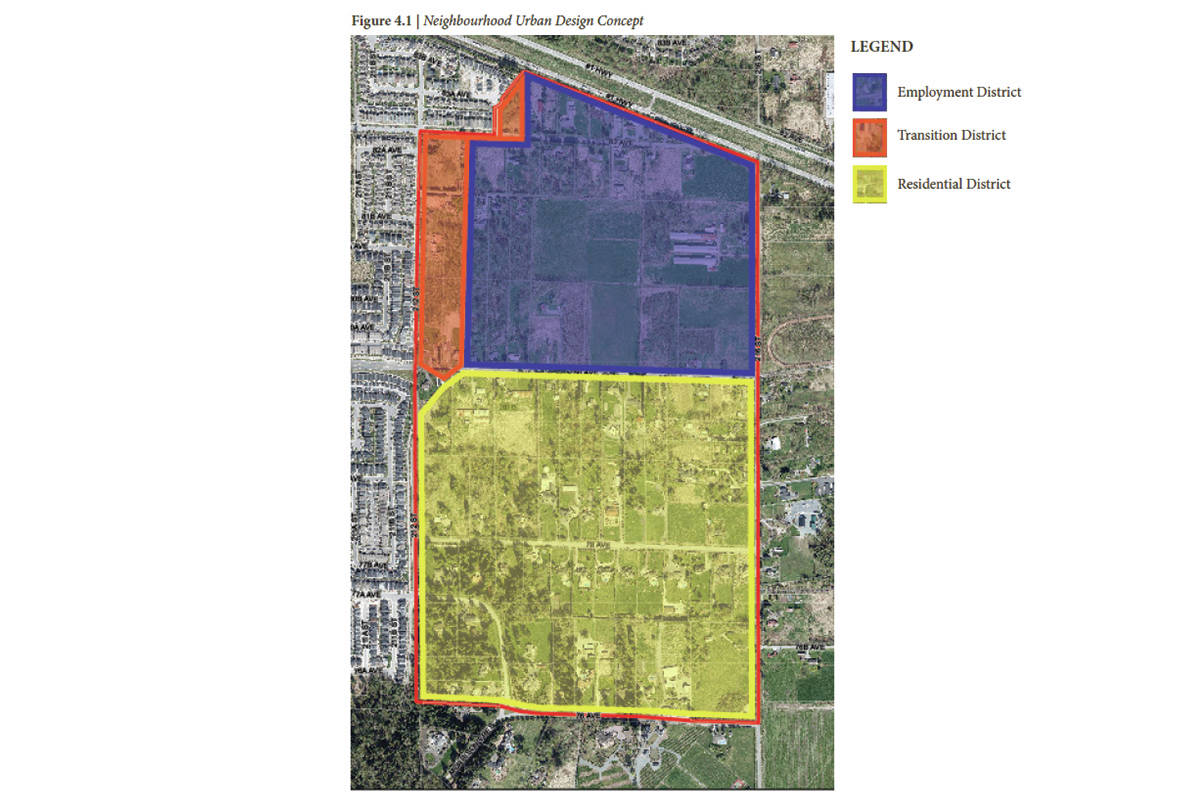 Justin Trudeau, other politicians to attend vigil for victims of Toronto van attack