Langley RCMP said impaired driving was suspected in a Saturday morning single vehicle crash that cut power to 145 BC Hydro customers in Langley for more than 13 hours.

According to the police report, a white Mazda 5 hit a utility pole on 88 Avenue near 216 Street.

Police arrived to find the three occupants of the vehicle had suffered relatively minor injuries, none of them considered life-threatening.

All were transported to hospital for assessment.

The 22-year-old female driver of the Mazda, a Surrey resident, was issued a 90-day Immediate Roadside Prohibition (IRP).

While crews worked on the damaged pole, power was cut to the area south of 96 Avenue, east of 216 Street, west of 224 Street and north of Telegraph Trail.

Workers could be seen using a chainsaw to cut away the damaged section.

A replacement pole was lying on the street. 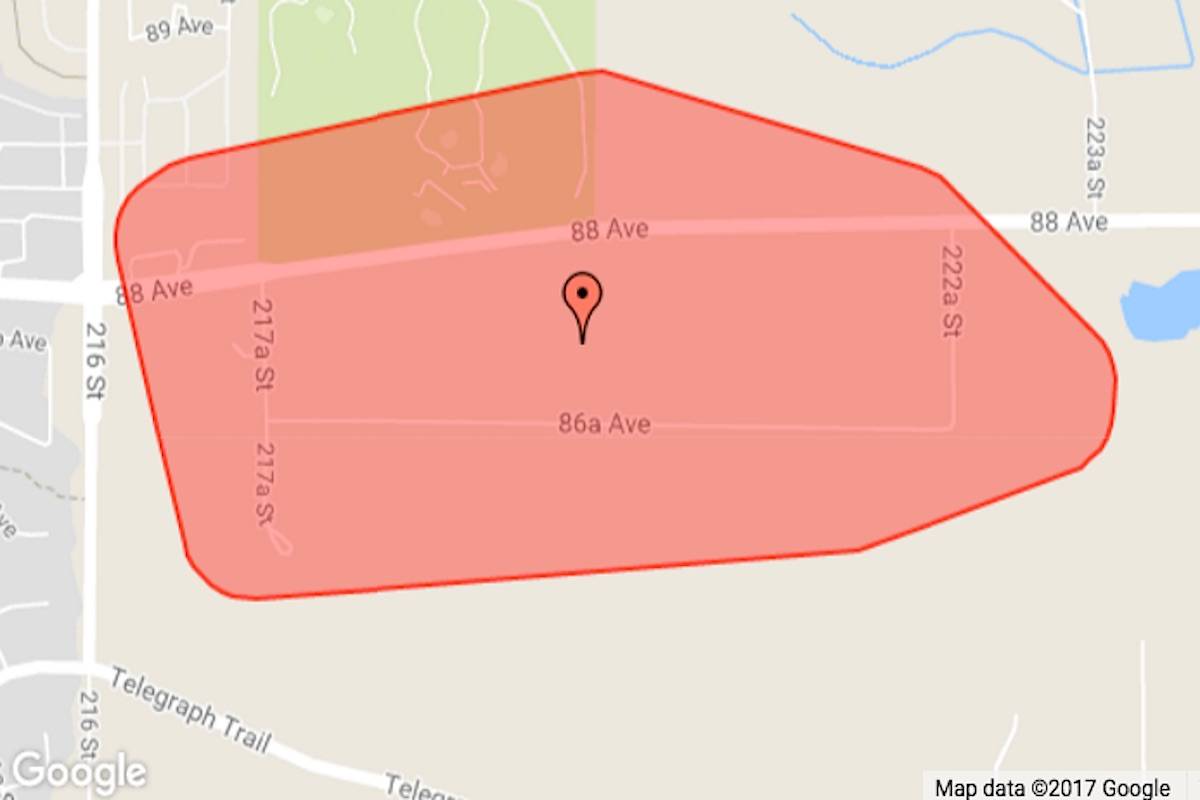 BC Hydro map of outage.

Putin declares victory on visit to air base in Syria

Legacy of Amanda Todd lives on through B.C. foundation