From pilfered Mastercards to stolen meat, Langley RCMP are looking into a number of recent crimes, and have released surveillance photos of possible suspects.

• On June 8, a man and woman allegedly stole cash from the till at a North Langley pet food store. The woman is Caucasian, 5’0” with a heavy build and white shoulder-length hair. The man has darker skin and is possibly First Nation or Hispanic, 5’9” with an average build.

• A man and woman allegedly stole a backpack, food, and clothing from the Langley Costco on June 20.

• A man allegedly lifted liquor from the Aldergrove BC Liquor Store on June 26.

• Skin care products were the target of a shoplifter at the Willoughby Save-On-Foods on July 3.

• A man with three backpacks allegedly used a stolen debit card to buy items at the Langley City 7-Eleven on July 4. The man is possibly Asian, and was wearing a black beanie hat and black clothing.

• Two men allegedly stole a pair of Milawukee Impact Drills and drill bits from the Langley Home Depot on July 9. They were seen heading away on foot towards the BC Signature Liquor Store.

• A man allegedly shoplifted meat from the Otter Co-op on July 30.

• On July 30, a man allegedly used a stolen Mastercard to buy items at the Langley City 7-Eleven. The Caucasian suspect has short brown hair and is about 20 to 30 years old. He was wearing a black hooded jacket, black pants, and grey shoes.

• A Caucasian man allegedly stole various items from the Aldergrove Mark’s Work Wearhouse on July 31. Teh man has shoulder-length brown hair, is about 5’5” and was wearing an orange hat, a grey long-sleeved shirt, and black pants. 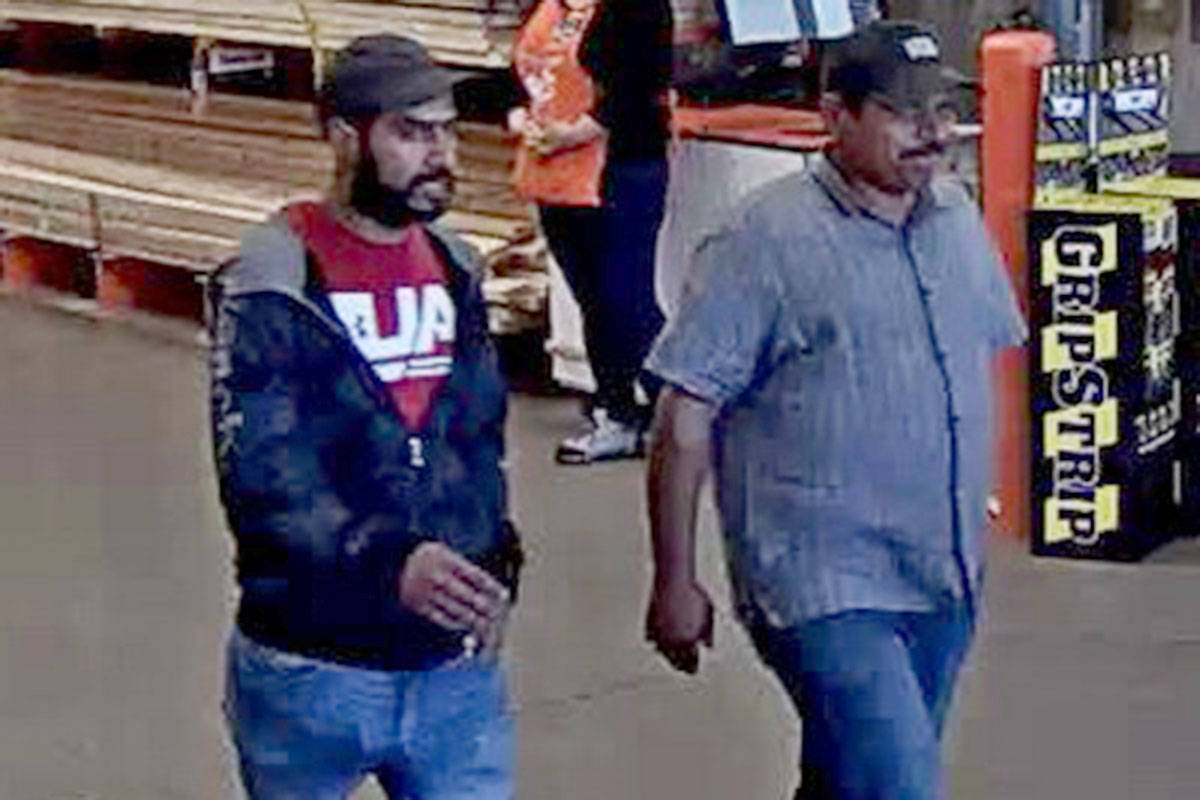 Suspects in the theft of power drills. 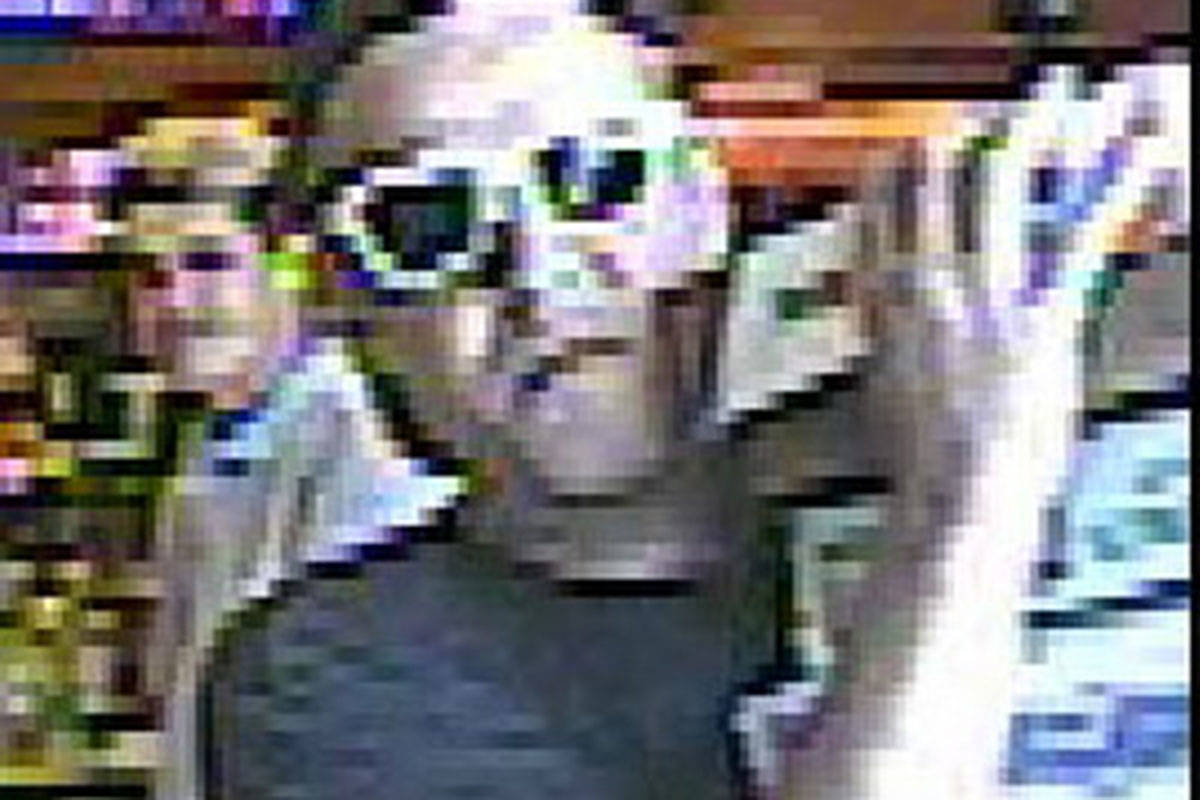 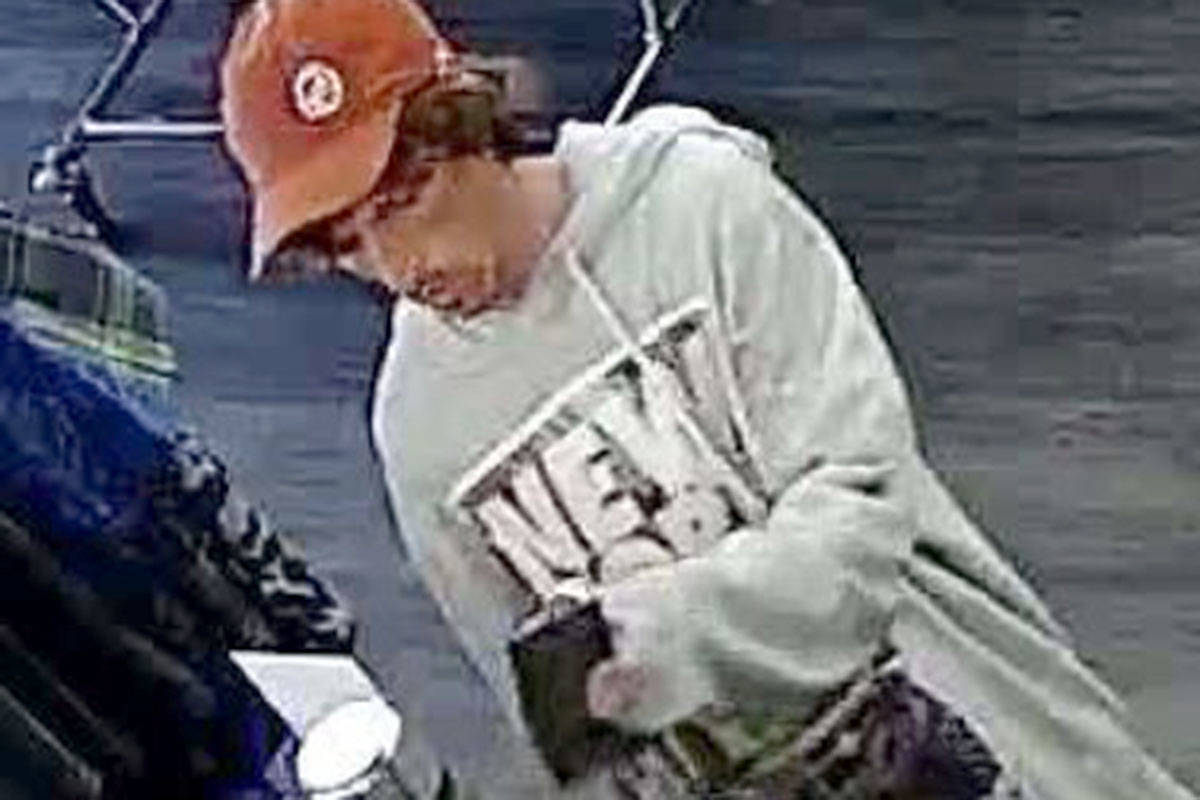 Suspect in the theft of clothing from a Mark’s Work Wearhouse. 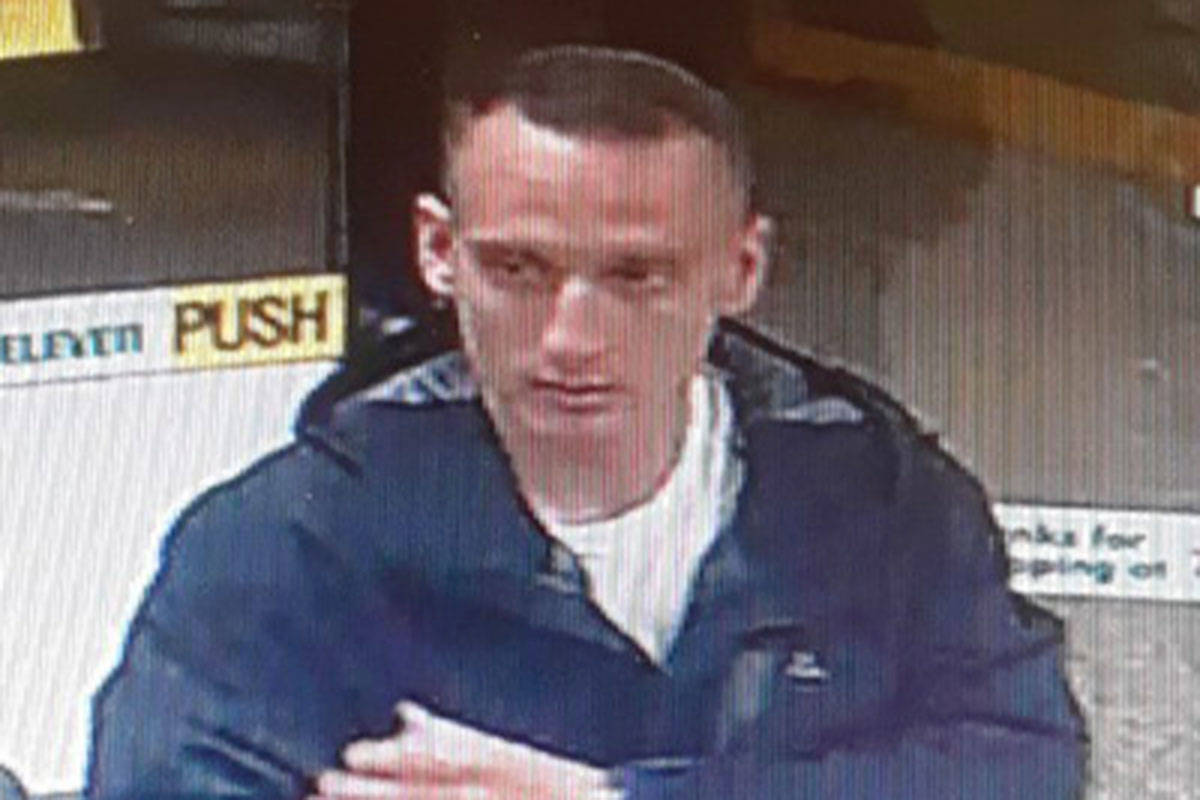 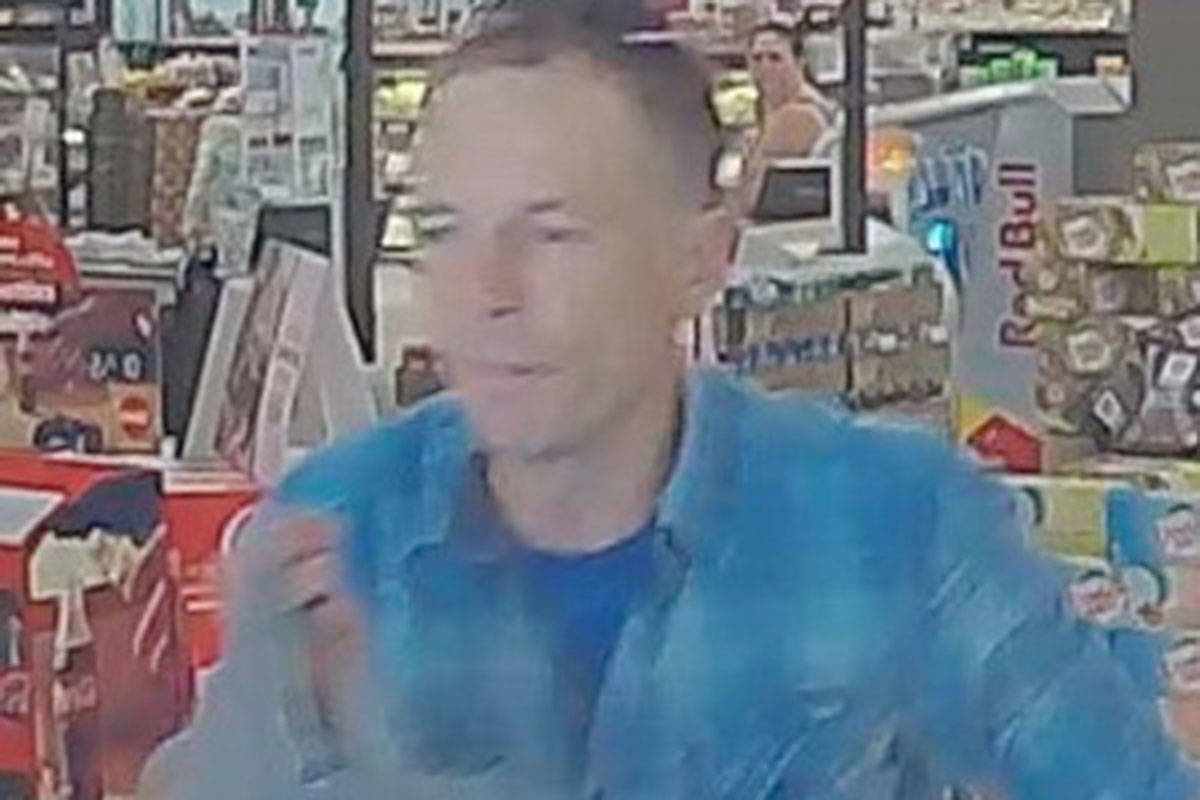 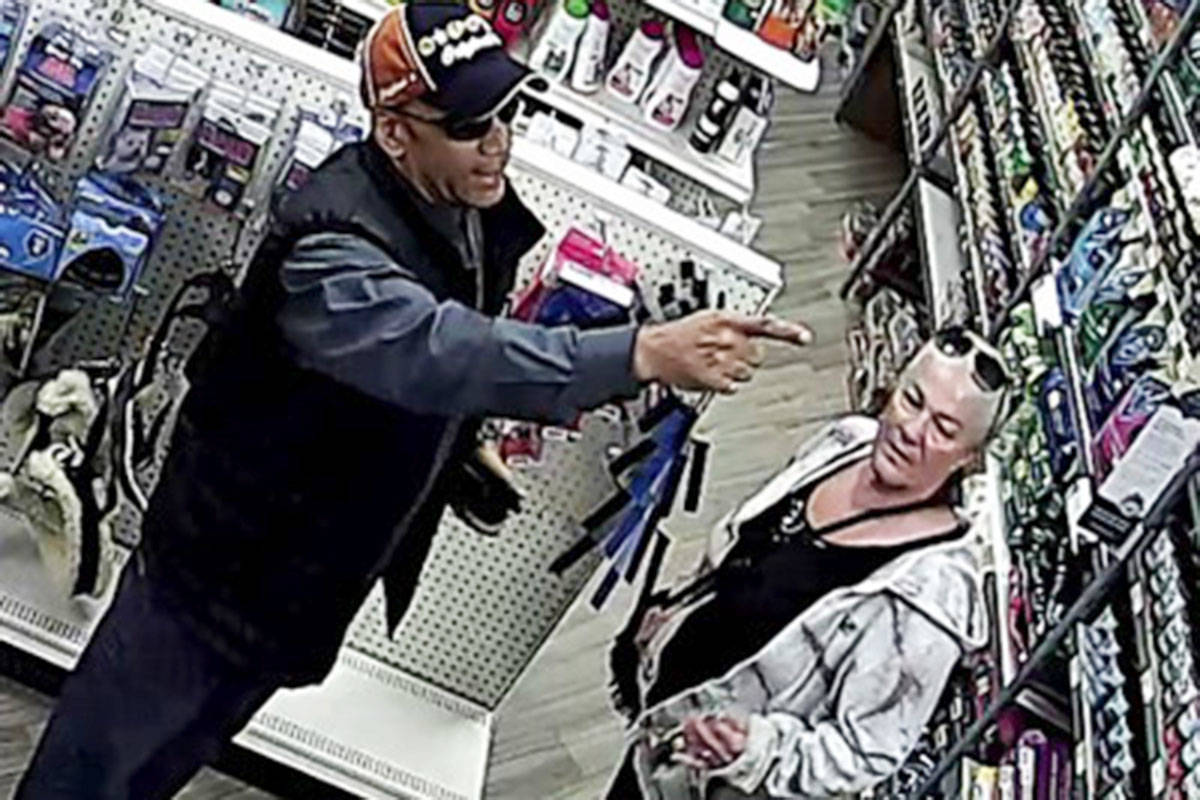 Allegedly took cash from the register at a pet food store. 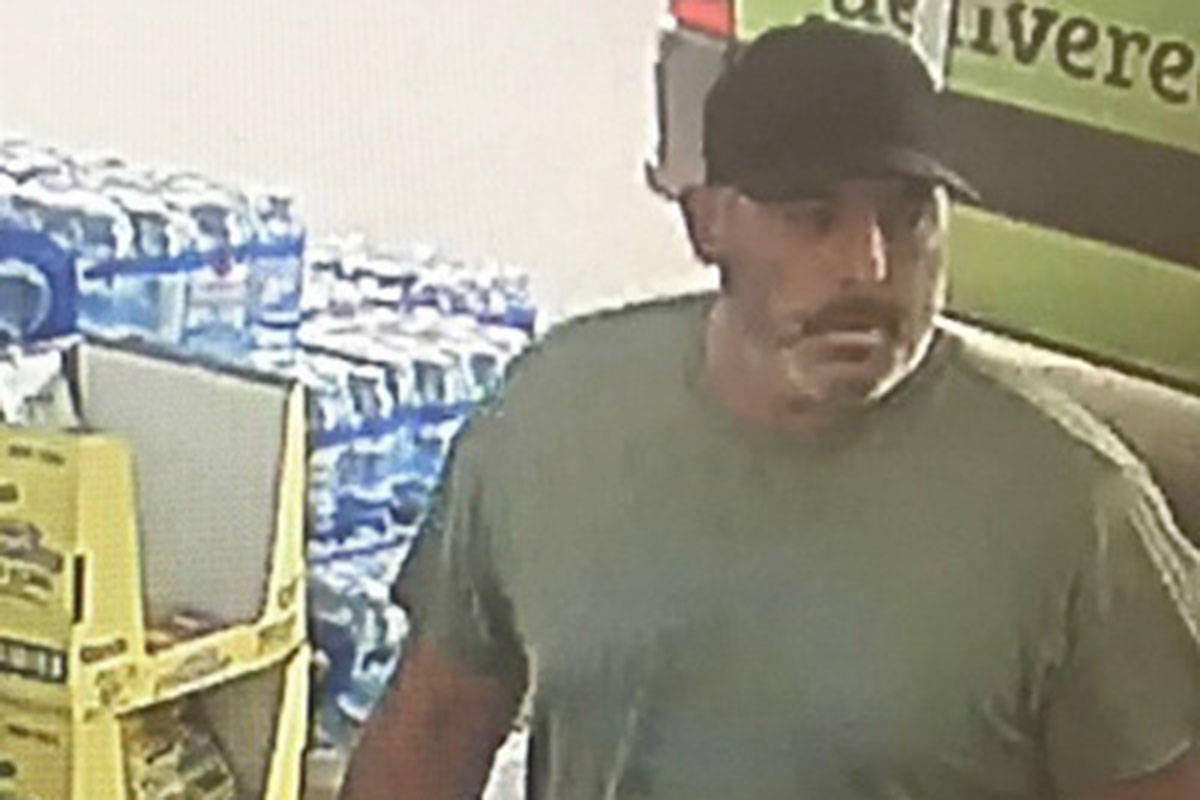 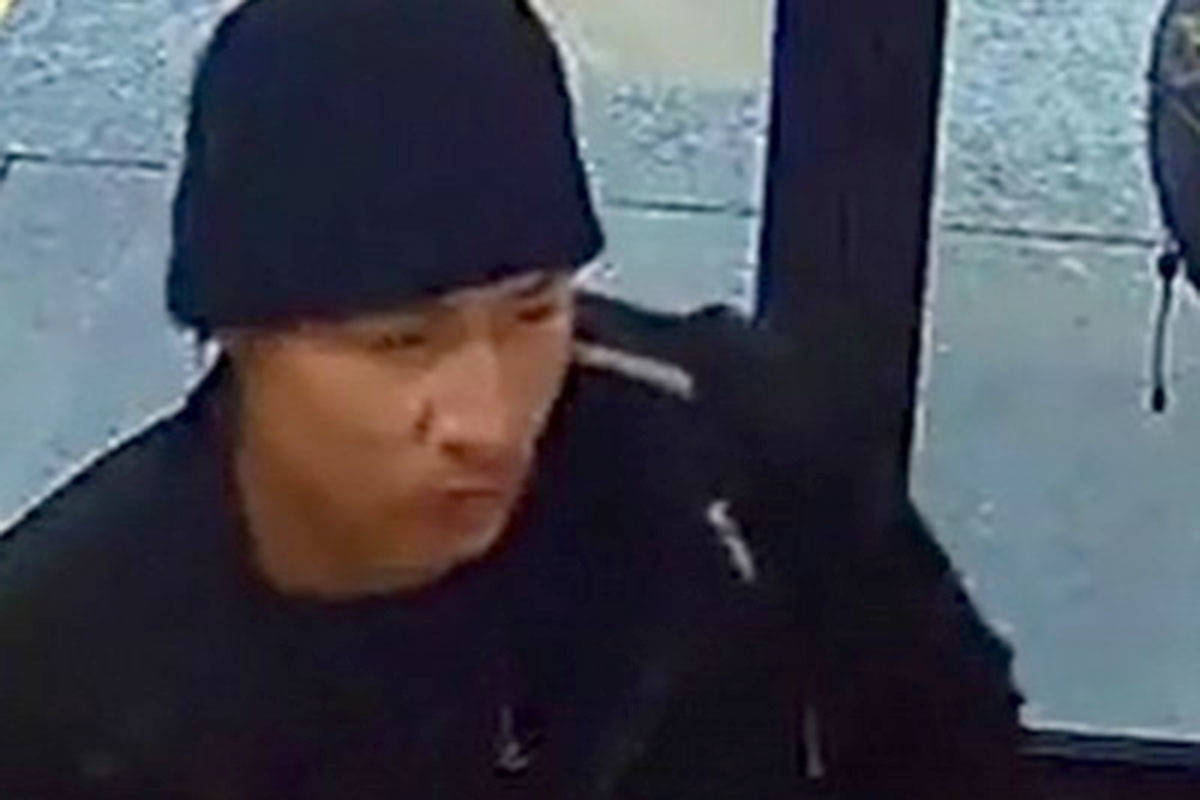