From shoes and boots, to patio furniture, to an electric razor, the Langley RCMP is looking for people who made off with a wide variety of items in recent thefts and scams.

Police recently released surveillance images of numerous suspects in crimes. The cases include:

• A man and woman allegedly swiped cash from the register at the Clearview Garden Shop in Aldergrove on June 7. The woman allegedly distracted staff while the man reached into the till, said Cpl. Holly Largy, spokesperson for the Langley RCMP. The couple was seen leaving in an older blue Toyota Sienna van.

• A man about 50 years old stole a sound bar from Langley’s Best Buy on June 24, said Largy. The man stands 5’6” with a medium building, and was wearing a white shirt and grey pants. He was seen getting into the passenger seat of a Honda van.

• A Caucasian man allegedly stole an electric razor from the Willoughby Shopper’s Drug Mart on June 21st. The suspect is about 6’2”, with a thin build and short blonde hair. He was wearing a beige jacket, black shorts, black shoes, and carried two backpacks.

• A man allegedly stole food products from a North Langley convenience store on June 20. The Caucasian suspect was 5’8” with brown hair, wearing a blue hoodie and with black shorts.

• On June 19, a man stole patio furniture and cushions from a Willoughby home.

• A man stole three pairs of work boots from the Mark’s Work Wearhouse in the Willowbrook area on June 15, with the boots worth more than $600 altogether, Largy said. The suspect is Caucasian with short, dark brown hair, and he wore a light grey hoodie, denim shorts, and black runners.

• On June 6, a woman broke into a Willoughby building and damaged mailboxes to steal letters and mail.

• A man stole cash from the 7-Eleven register in Aldergrove on June 7. The suspect is Caucasian, 5’11” tall, and was wearing a black hoodie, black shoes, and black Adidas shorts with red stripes.

• In another footwear-based crime, a man stole Crestwood-brand shoes worth more than $100 from the Otter Co-op on June 7.

• A woman allegedly shoplifted booze from the Aldergrove Liquor Store on June 12. The suspect is Caucasian, 20 to 25 years old with brown hair and a slim build, and was wearing a grey crop top and grey yoga pants.

• Sometime between June 4th and the morning of June 5th, a Kubota tractor was stolen from an Aldergrove business.

Anyone with information that could help police identify the suspects or solve the crimes is asked to call the Langley RCMP at 604-532-3200, or leave an anonymous tip with CrimeStoppers at 1-800-222-8477 (TIPS) or visit www.solvecrime.ca. 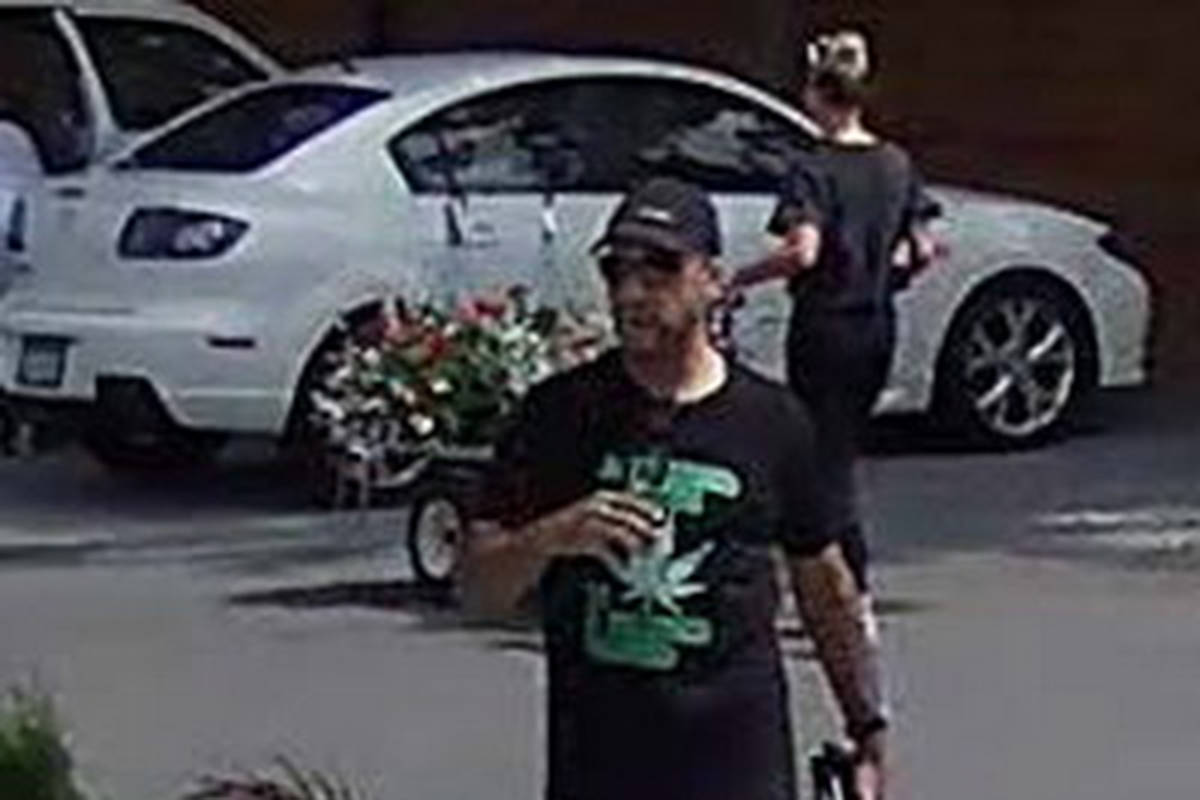 One of two suspects in a theft of cash from Clearview Garden Store. 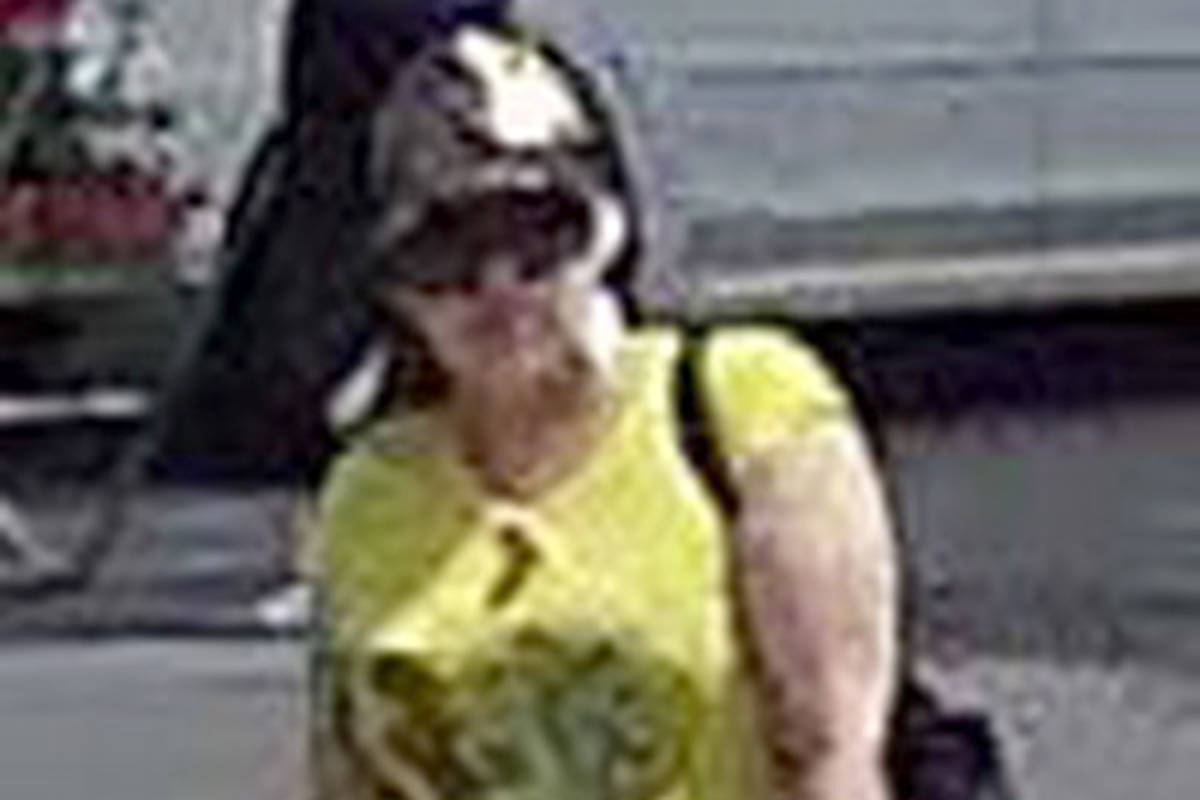 The second suspect in a theft from a garden supply store. 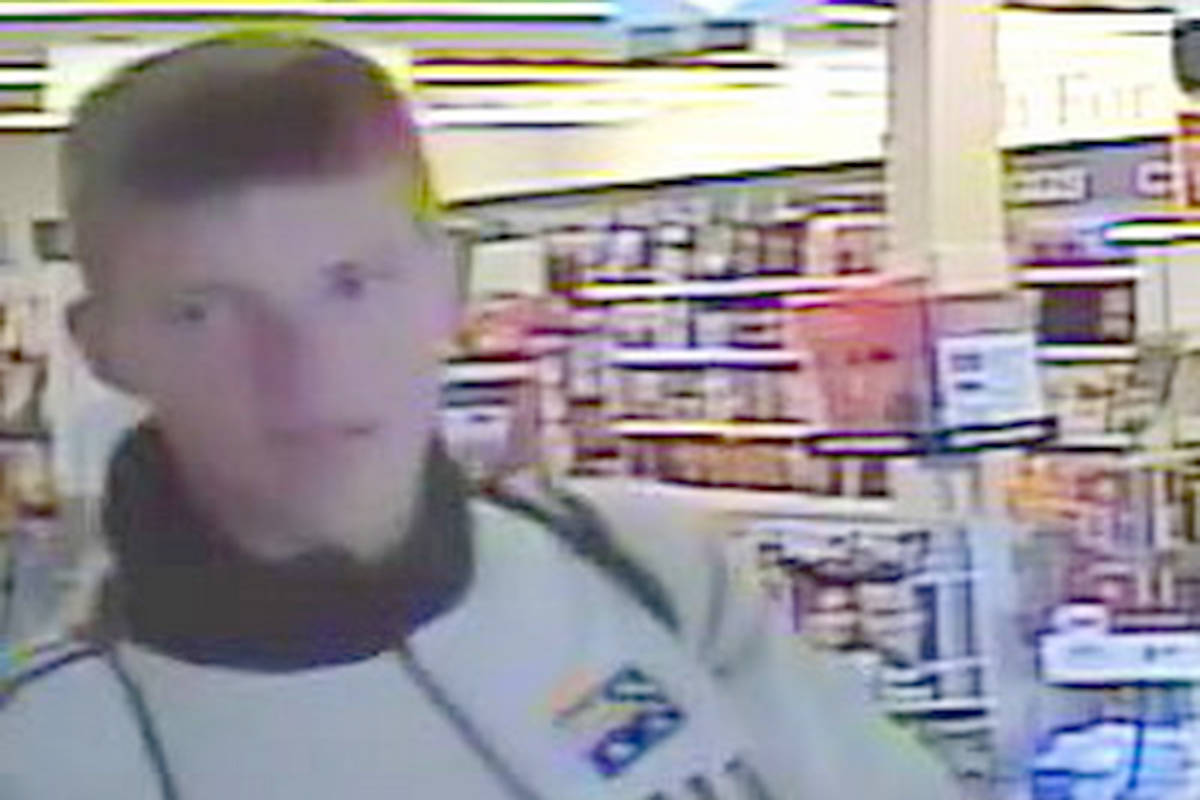 Suspect in the theft of an electric razor. 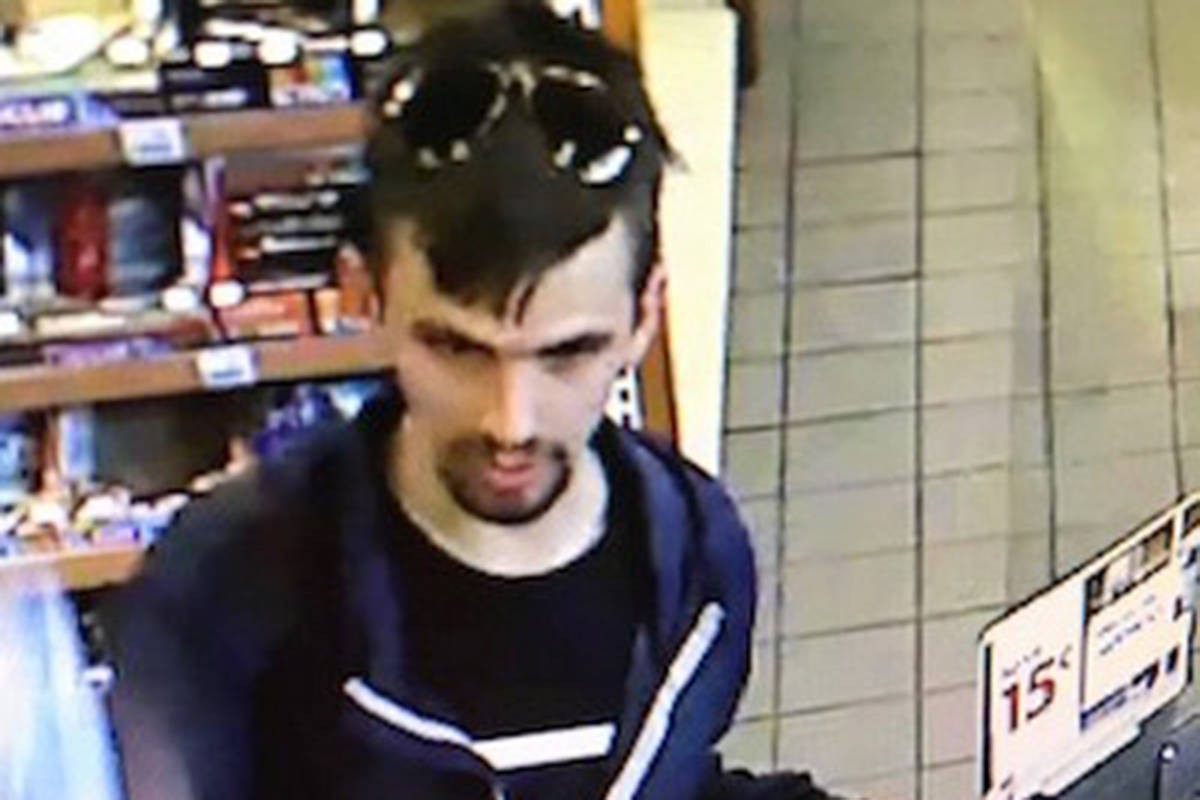 Suspect in the theft of food. 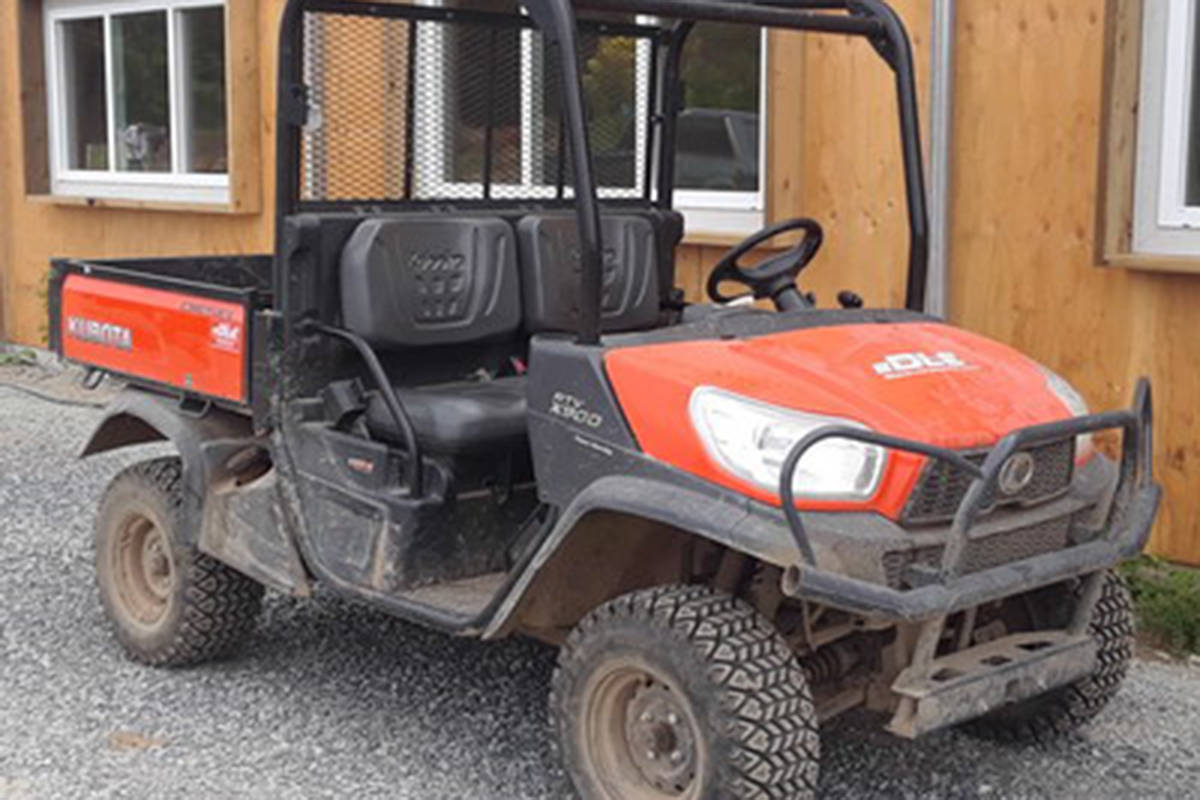 Someone made off with this Kubota utility vehicle. 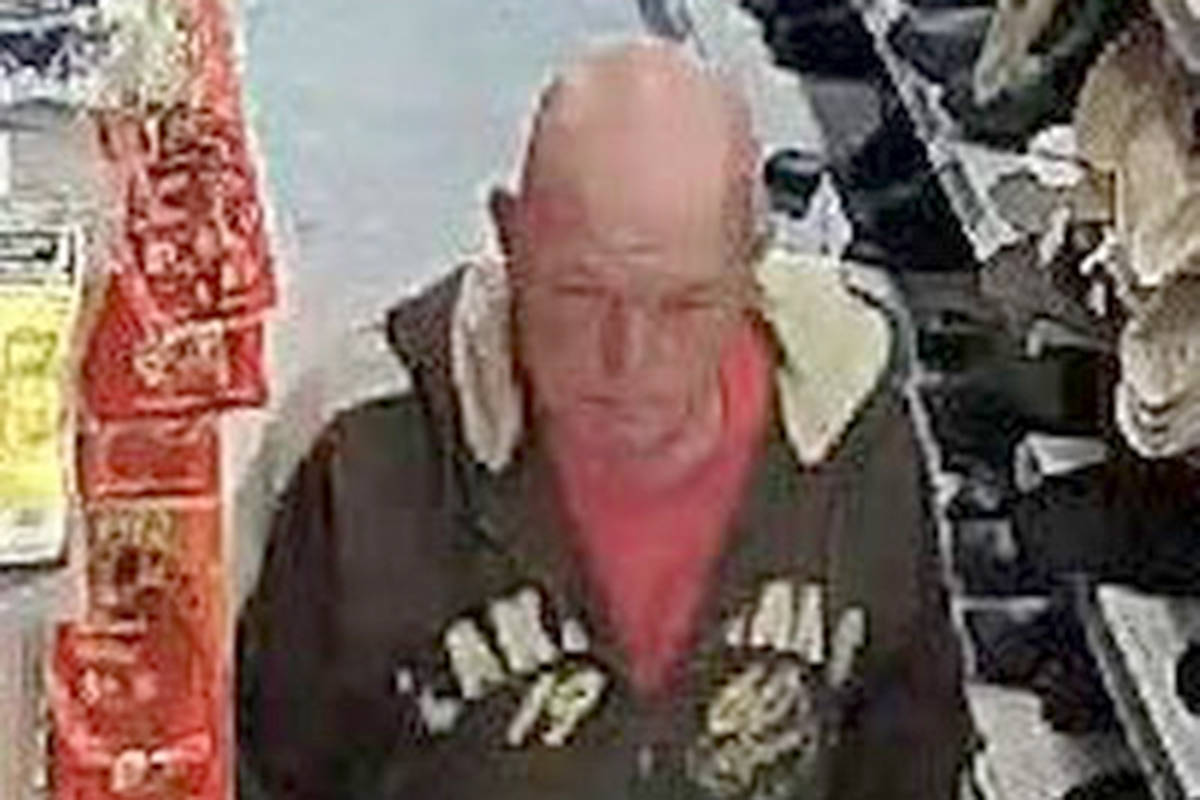 Suspect in the theft of shoes from the Otter Co-op. 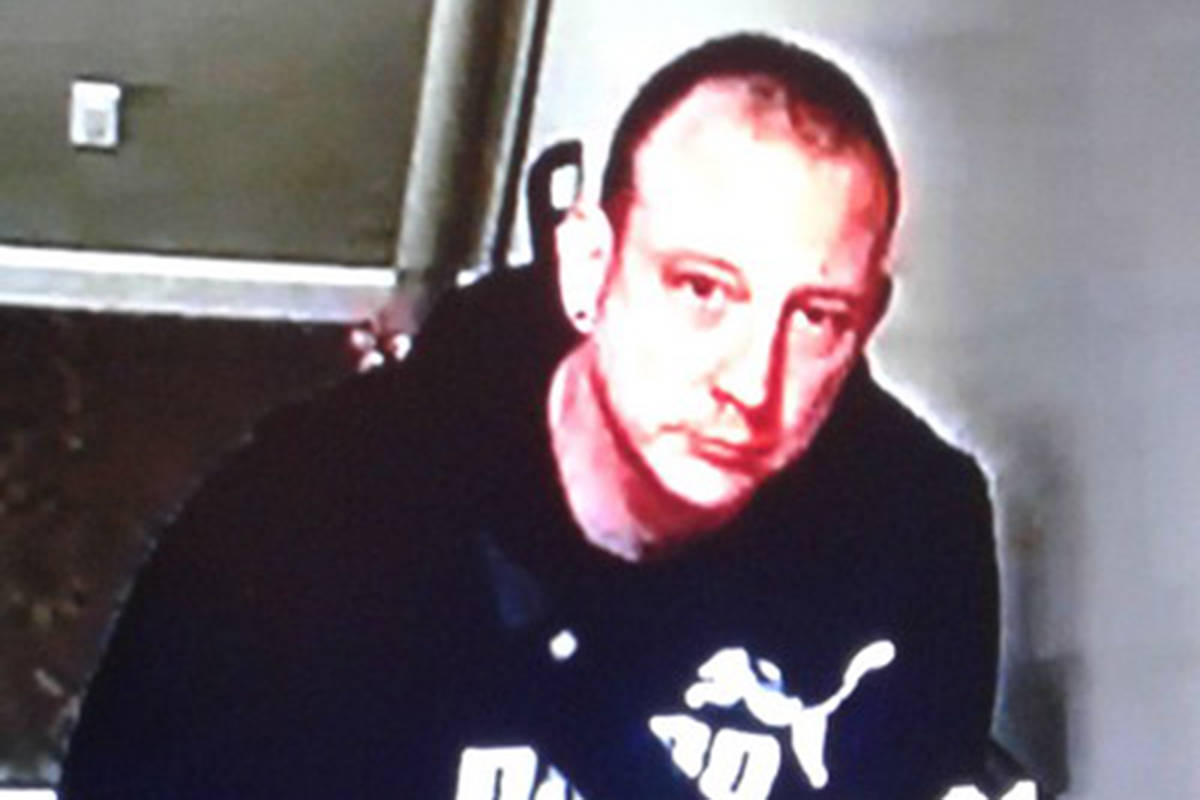 One suspect in a break in to a parking garage and mail boxes. 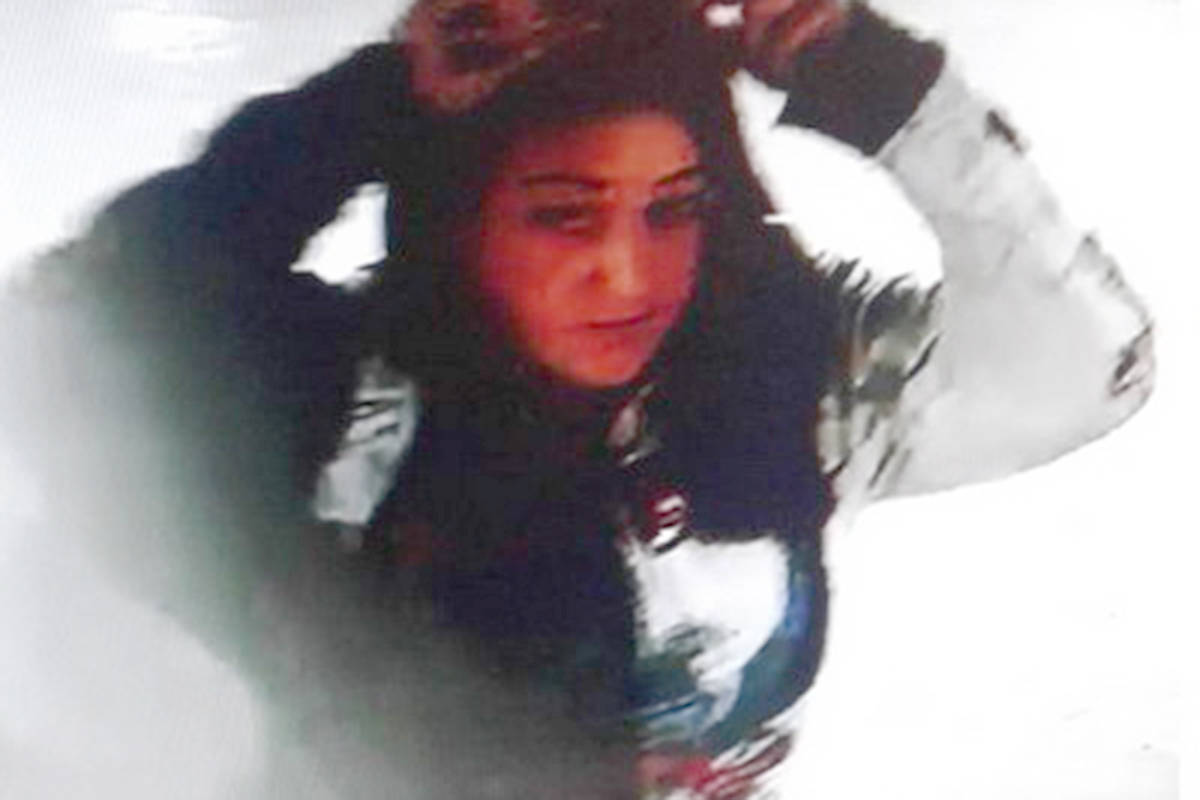 The second suspect in the parking lot break in. 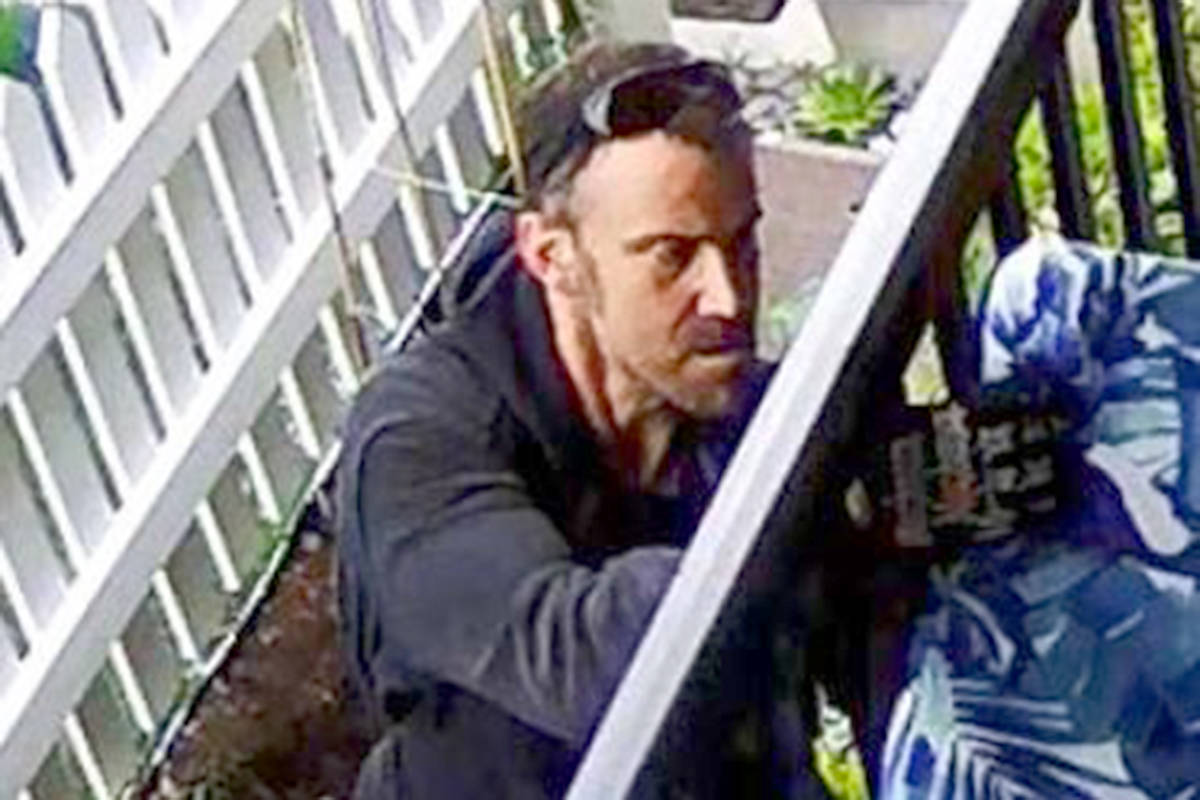 The suspect in the theft of lawn furniture. 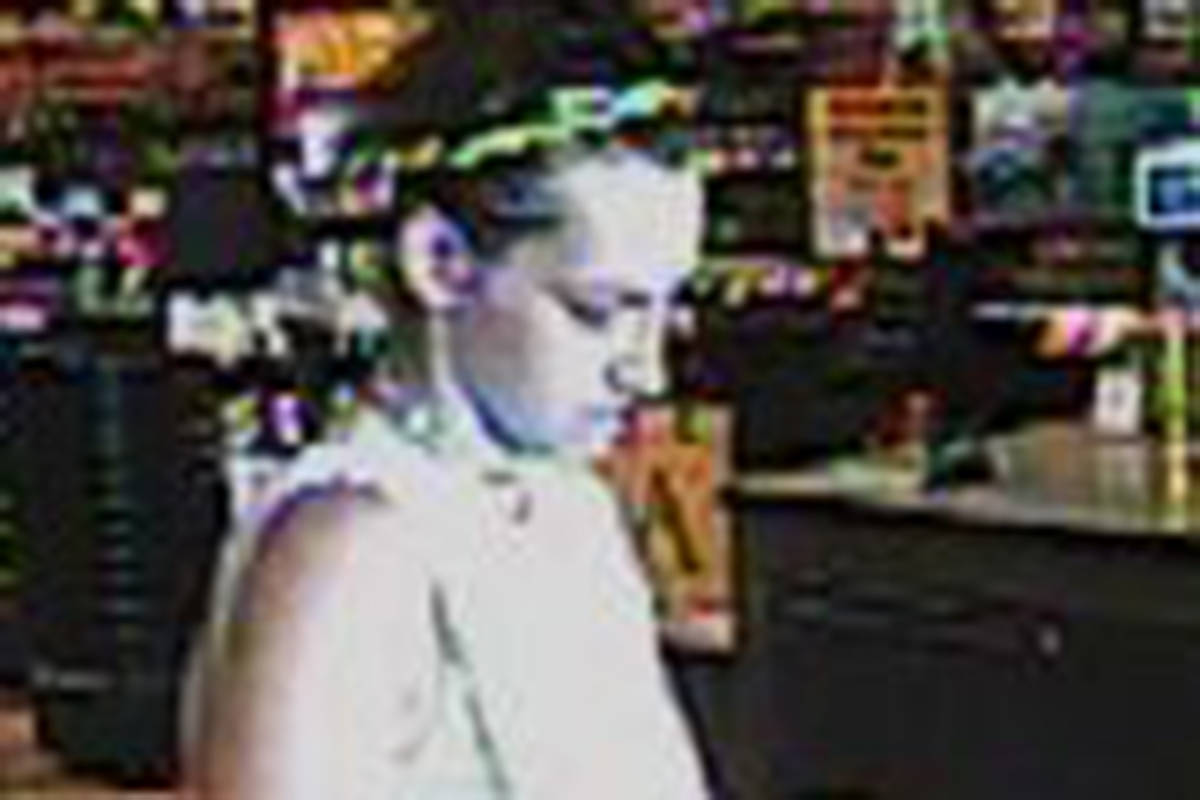 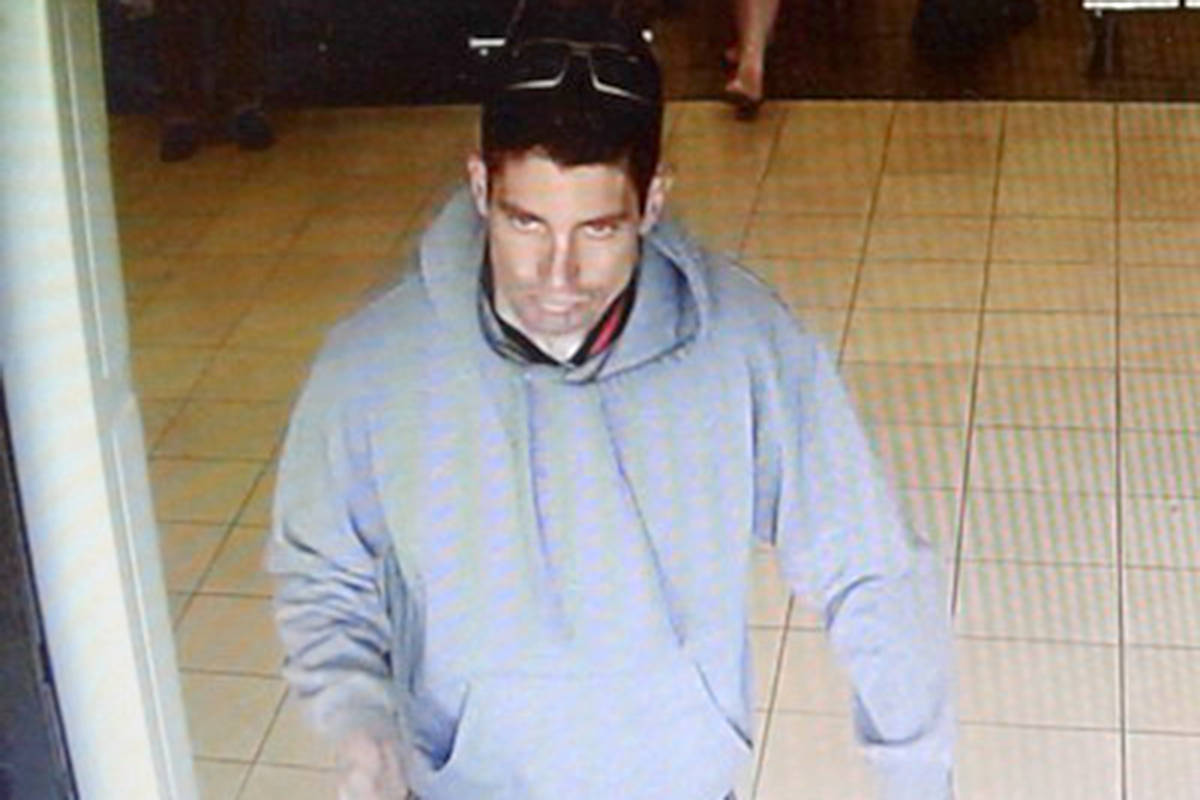 The suspect in the theft of three pairs of boots. 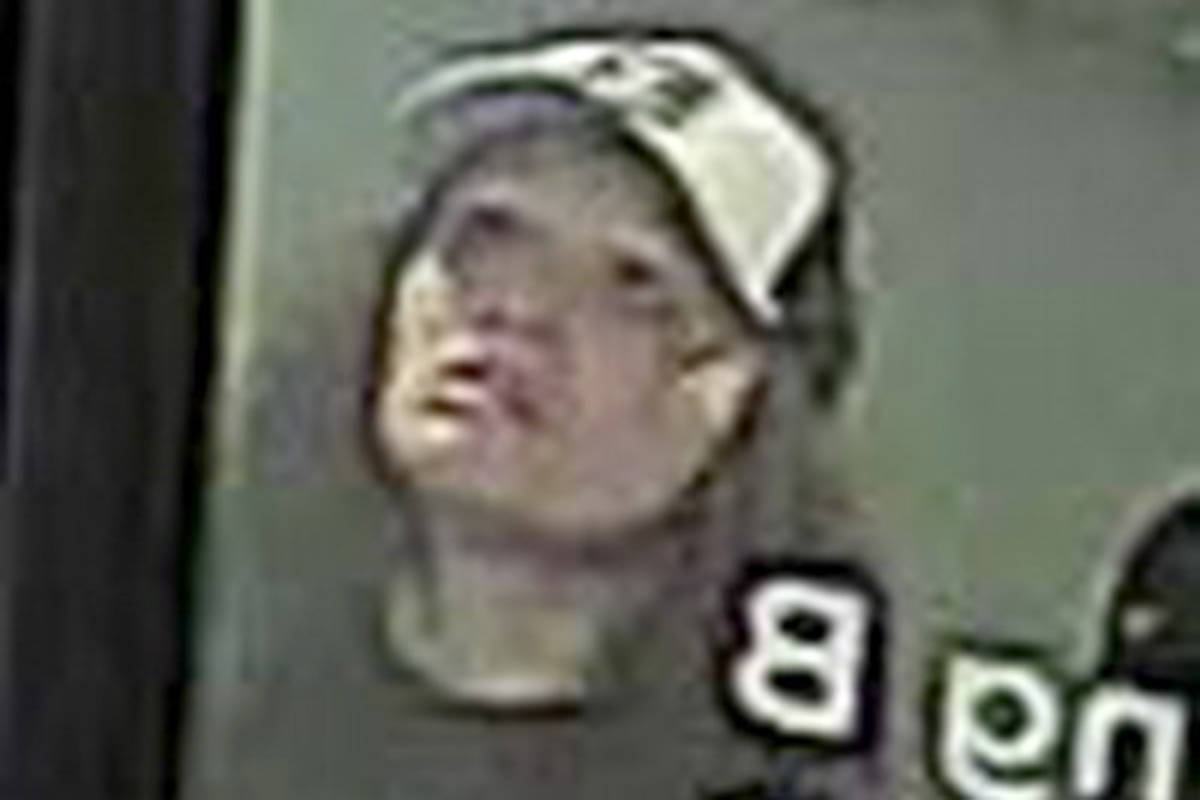 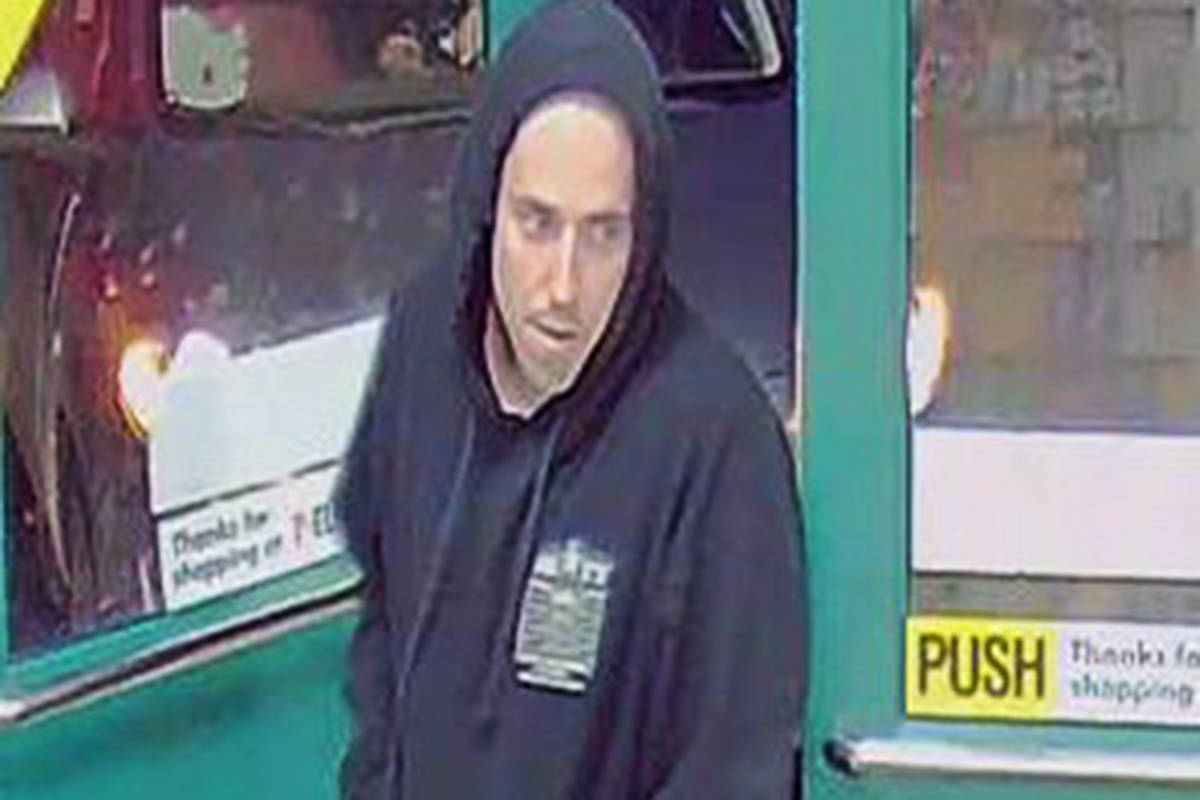 A suspect in a theft of cash from a till.