The protesters waved signs urging action at passing cars, and were answered with numerous honks.

“This is a a really big deal for their future,” said Kathryn Nurse, who attended with her children, including three-year-old Lily.

Nurse said she wanted her children to be able to say they protested when they are older, and to know they tried to change things.

John Evanochko, of the Climate Crisis Langley Action Partners (CCLAP) noted that some Langley residents were also planning to meet at the Carvolth Park and Ride later in the day to head into Vancouver for the larger climate strike events.

“It’s finally getting attention,” said Evanochko, who arrived via bicycle.

Farstad said she felt like some of the political parties are now catching up to what citizens want on climate change. Jensen said the issue is becoming less partisan.

“I think it now belongs to everybody,” he said.

Some of the people in the crowd were Green supporters, like Barry Azevedo.

“The climate issue is an existential crisis,” he said.

He and Keith Foss both had some suggestions for things governments could do to start changing things, including bans on single use plastics, curbing fossil fuel use in sectors like manufacturing, and switching over to electrification of heating for buildings and transportation.

This is the second Friday of Climate Strike events taking place in Canada and around the world. 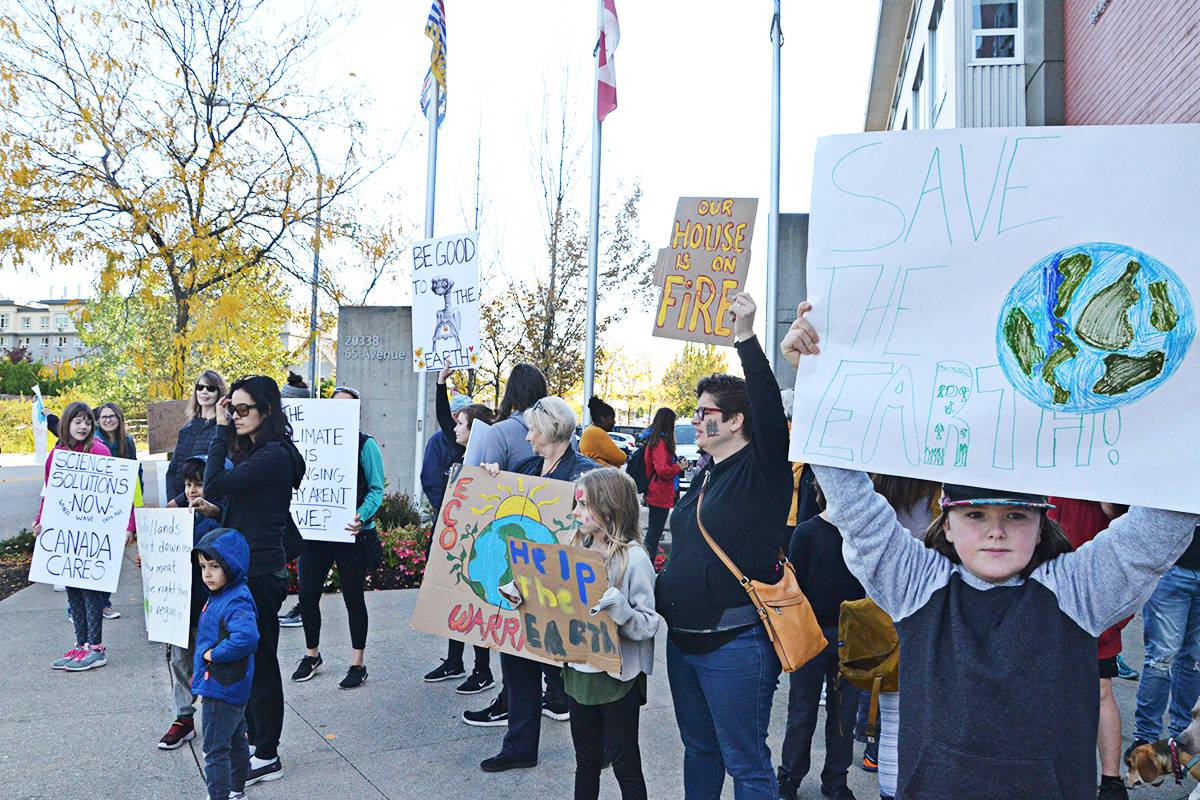 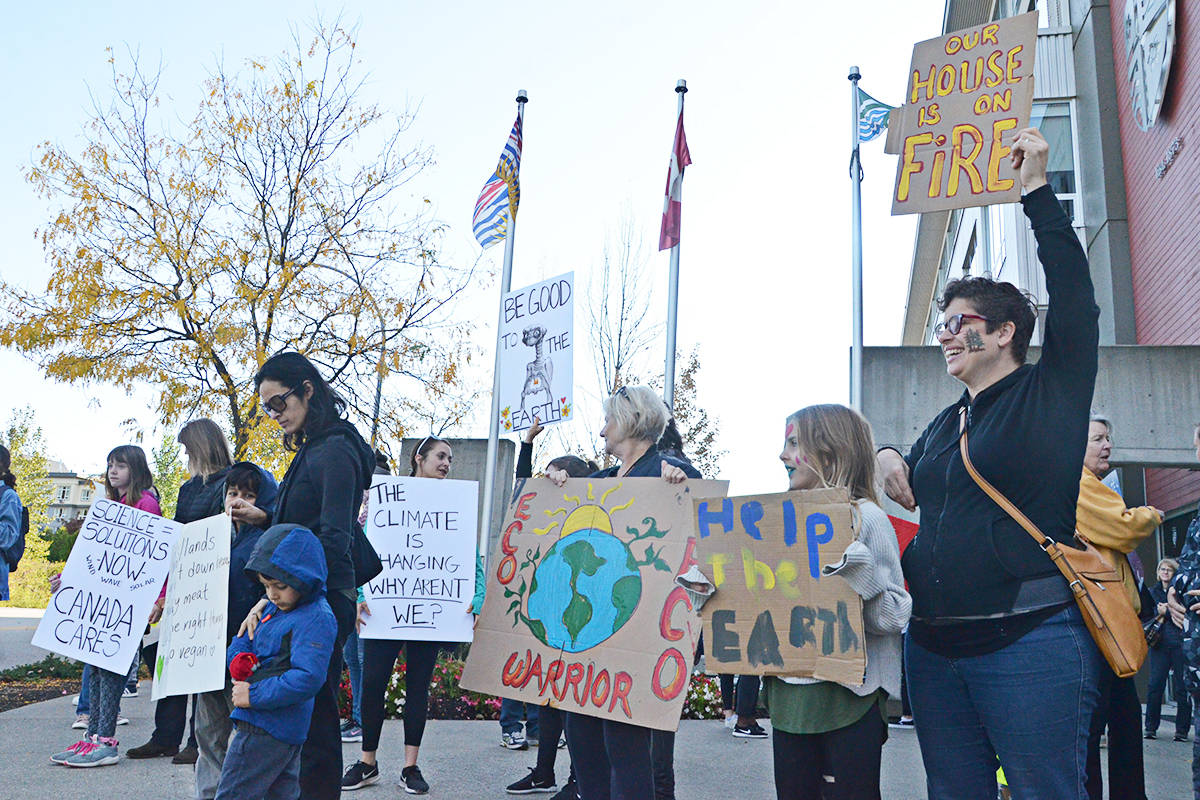 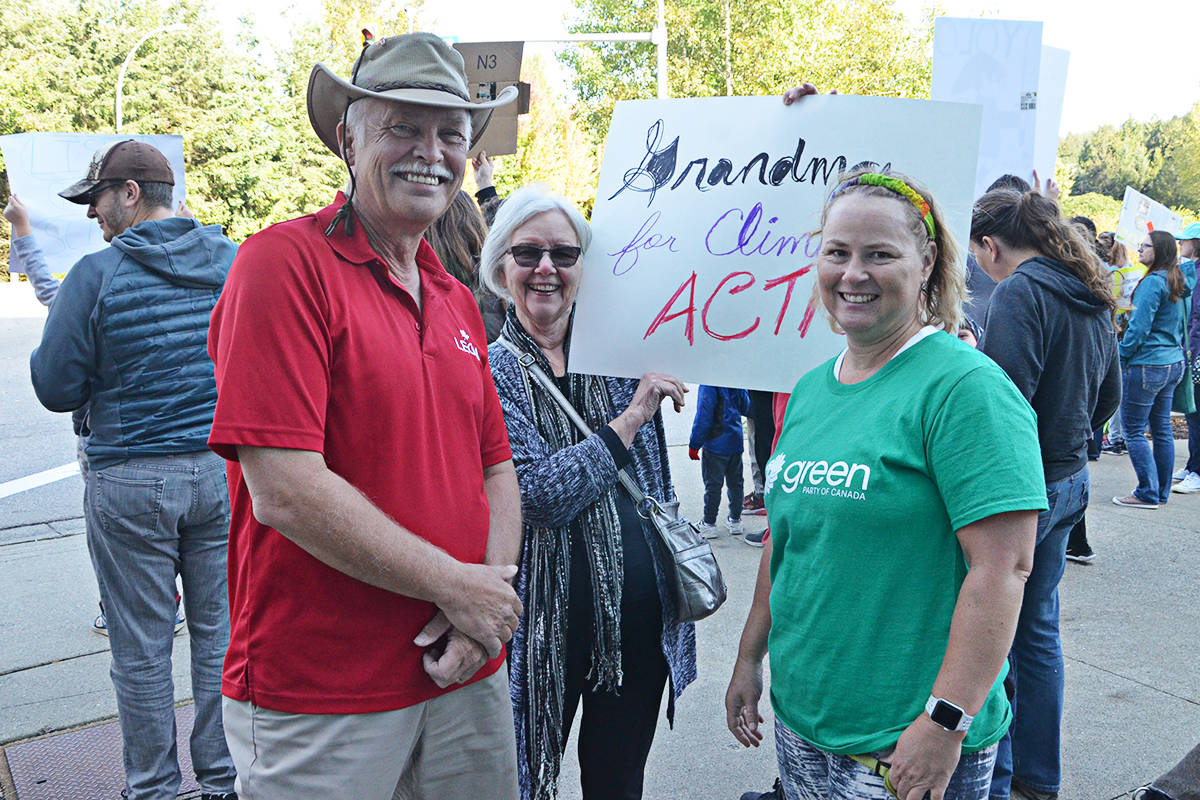 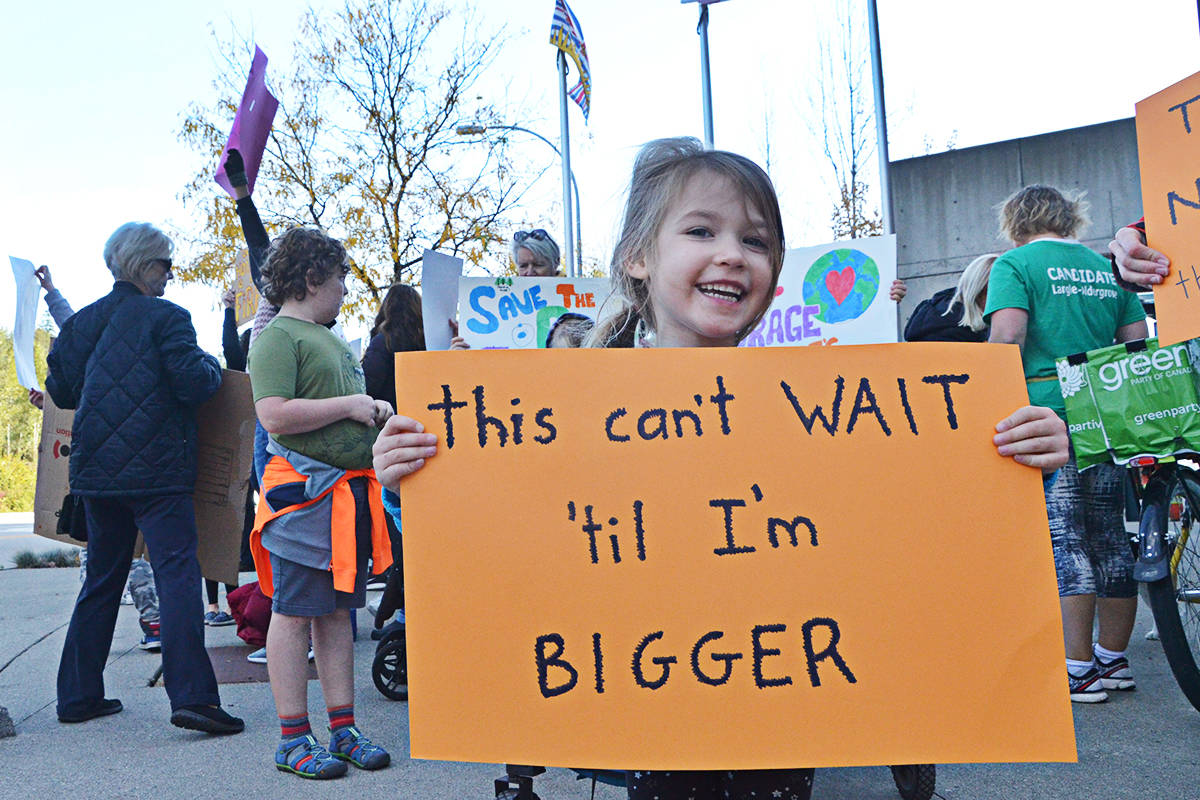 Lily Nurse, three, was one of the youngest protesters at Friday’s Climate Strike event in Langley at the Township Civic Facility. (Matthew Claxton/Langley Advance Times)

Rural grant program will be back next year, John Horgan vows