Fort Langley builder Eric Woodward says he painted a small house in the village bright pink and put plastic flamingos on the front lawn to make a point.

At issue is the current impasse with Township planners over Woodward’s proposal to tear down several older buildings and replace them with a new multi-purpose structure that combines business and residential spaces with a boutique hotel.

Woodward, who wants to tear the house down, said officials at the Township of Langley have refused to issue a permit for the demolition of the house and several other soon-to-be vacated buildings on the 1.39 acre site at Glover Road and Mary Avenue unless he meets several conditions that he considers unreasonable.

“This is not outlined within the bylaws as required, (it is) only actually required when adding floor area,” Woodward said.

“There are up to eight buildings that (are) going to empty within the next four to six months.”

“More importantly, though, with HAPs being subject to council permission, councillors can attach any conditions they like for approval. Who knows what councillors … might come up with to having talking points, to cause me problems, regardless of the effect. And it would take months to process. Why bother with all of this?”

As well, Woodward said he was told “that I would have to prepare a Tree Protection Plan for each property to ensure no trees would be harmed during demolition, for trees that will be removed in any event, at some point, and provide for onsite “arborist watch” during the actual demolition — a guy stands there with a coffee mug in his hand watching while the demotion is occurring. Thousands of dollars.”

“This is a perfect example of bureaucrats caring nothing for the negative outcome they cause, only a process that justifies their jobs, while the Township of Langley taxpayer pays and pays for it all,” Woodward said.

“Something needs to change.”

In an online message posted to the “Glover Road West” project website, “Department of Fort Langley Awesomeness” Woodward said it has been two years since the project, with a 27-room boutique hotel, was first unveiled.

“We are stalled indefinitely by inexplicable red tape and outright obstruction from bureaucrats at the Township of Langley,” the online statement said.

“Bureaucrats have all but killed Fort Langley’s boutique hotel,” the message goes on to say.

“They have made up “requirements” out of thin air based on obsolete doctrine that make a hotel impossible, creating a derelict site in heart of our village. Our applications languish on the shelf as the years now roll by. They won’t even allow us to remove derelict buildings.”

Painting the house pink is not a protest, Woodward told the Times. Rather, he said, it is “celebrating the absurdity of the situation of not being allowed to remove them (the buildings) regardless of whether development proceeds or not.”

Woodward said by early next year, unless the Township relents, there will be at least five boarded-up buildings on the site.

“This is how ridiculous the bureaucracy in the Township of Langley has become,” Woodward said.

Woodward and Langley Township planners are at odds over a municipal lane.

Woodward has said the lane Township planning and transportation staff want would run through the middle of a planned courtyard plaza and performance space and force its removal.

That, he said, would mean no green space and hotel rooms that look onto what he has called an “ugly lane to nowhere for garbage trucks.”

Woodward said he spent 10 years assembling eight properties on the site so an integrated design could be built.

It is not the first time Woodward and Township planners have been at odds.

He has in the past noted municipal planners did not support his Coulter Berry building, but their objections were overridden by council.

Woodward said work on the Glover Road West project should have been underway six months ago.

“In lots of other municipalities, (they) would embrace these proposals, not look for reasons to wreck them,” Woodward said.

The delay, he said, will cost the community hundreds of thousands in lost revenue.

Back when the dispute over the lane went public, Ramin Seifi, general manager of engineering and community development for the Township, said the concerns raised by staff do not represent a rejection of the hotel.

Staff must consider the impact of the project in the context of the surrounding area, Seifi said. 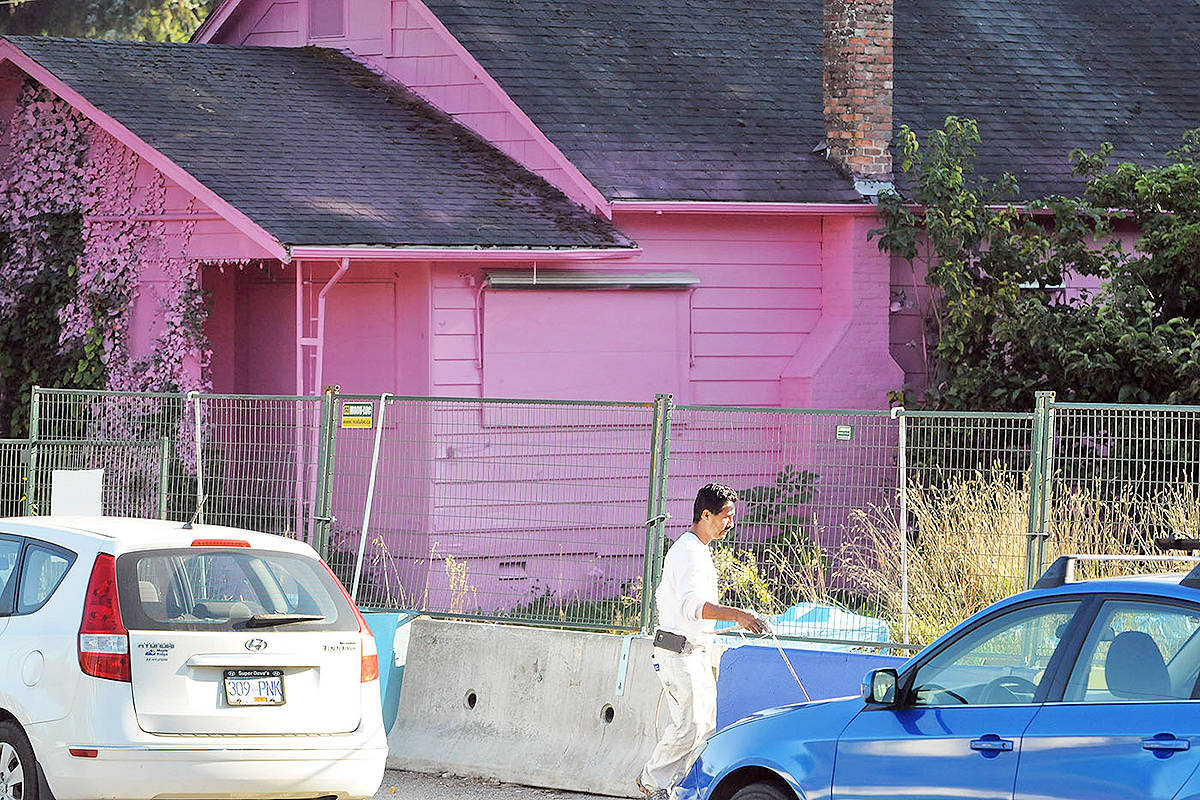 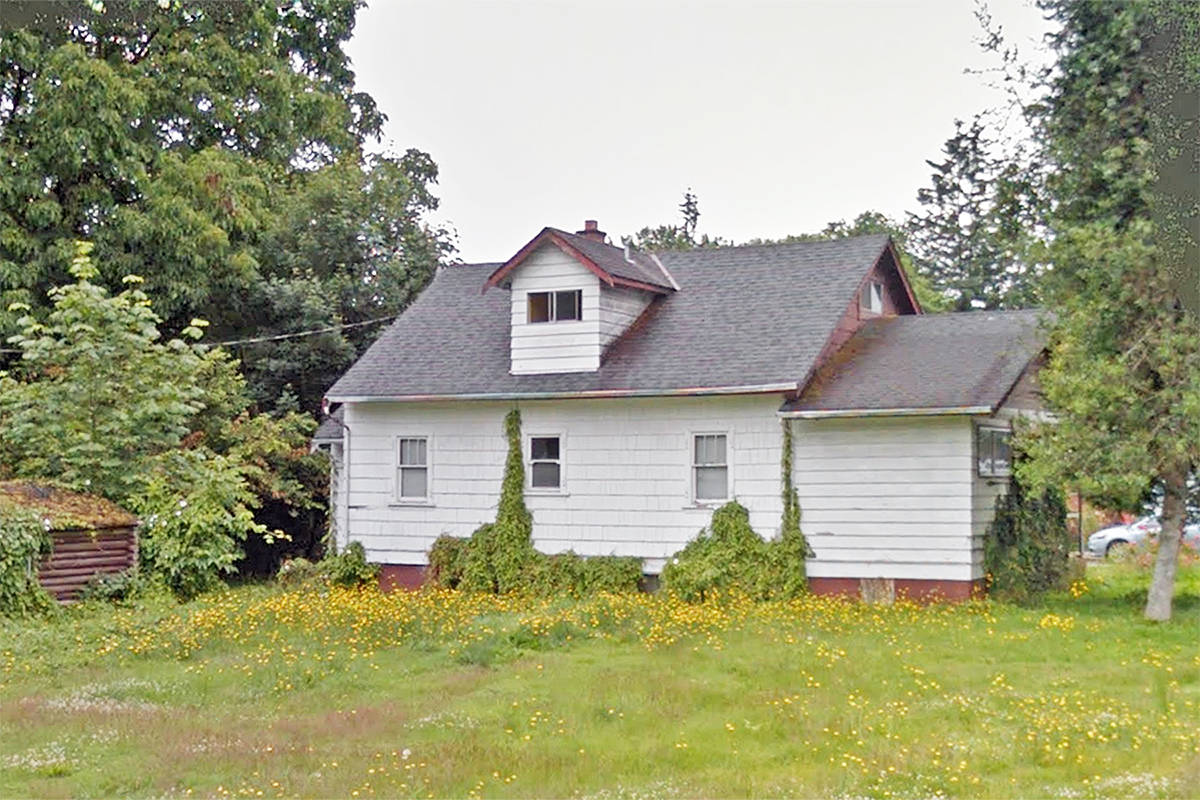 The Fort Langley house, before it was painted bright pink by builder Eric Woodward, who wants to demolish it to make way for a boutique hotel. Undated Google Street View image.

VIDEO: Stray tomcat on the attack in Langley