Kirk Brown says he isn’t surprised that his brother, Erik, was part of the international team that rescued 12 boys and their coach from a flooded cave in Thailand.

“He’ll give you the shirt off his back. I know that sounds cliché, but he is the person that will help you before he helps himself,” Kirk told the Langley Times.

“And he’s not scared of anything. (He’s) aware of dangers, especially with what he does here, it’s a calculated risk. (He’s) adventurous and outgoing, so if somebody needs his help, he will be there, you don’t need to ask him.”

Erik, 36, grew up in Langley and attended D.W. Poppy Secondary. He owns a dive shop in Thailand, and when he heard the news of the boys, he immediately volunteered to join the rescue effort.

According to media reports, the Wild Boars soccer team and their coach were exploring the Tham Luang Cave after a game on June 23, and became trapped inside when monsoon rains flooded the area.

After a gruelling 18-day ordeal, all 13 members of the team were successfully rescued, however one Thai Navy SEAL died during the effort.

In a Facebook post, Erik shared a short message about the rescue: “9 days. 7 missions and 63 hours inside Tham Laung Cave. Success.”

Hundreds of people have commented on the post, thanking Erik and the team of divers for their heroic efforts.

“Much respect Eric [sic], do you remember me telling you 2 years ago you where going to do something great. This is it. Feel proud mate. Lots of love. StevethebuddistXXX,” wrote Stephen Jones.

“Wow Erik Brown this doesn’t surprise me that you were involved as you have such a big heart. You and everyone else that helped are amazing,” wrote Katie Smith.

Kirk, who is three and a half years older than his brother, said the boys have been travelling the world for as long as he can remember.

Their mom, Dorothy, worked as a flight attendant, and their dad, Richard, was a Vancouver firefighter.

“We grew up travelling to Asia and going to Germany when the wall came down. My parents were very — they knew the perks of showing us the world,” Kirk said.

Proud of our Poppy alumni, Erik Brown and his team! Such an amazing rescue and story! True heroes – all of them! @LangleySchools @ebradford14 #think35 https://t.co/VoHpVEIVzP

It was during a trip to Australia about 12 years ago that Erik tried scuba diving for the first time and fell in love.

He trained and received certifications in many different areas, including cave diving, deep diving, technical diving and sidemount diving, and moved to Dahab, Egypt, to open his own dive shop.

He ran an operation for six years next to the renowned Blue Hole diving site, and was even flown to Iceland to use his skills to install a plaque on a war memorial, said Kirk.

“From my understanding, he and some other dive shop owners from Koh Tao made the trip up (to the cave) to see if they could help, knowing there was a particular skill set needed,” Kirk said.

“While there, the first day or so, they didn’t even know if they would be involved. And after that I got a message from him saying, ‘I’m staying. We’re going to be doing some diving.’

“And he didn’t know the specifics, it sort of grew from there. At that point, he could tell us certain things, I could pass on certain things to people, but that was it.

“Mostly that he was safe.”

Kirk says he was at his childhood home in Langley with his mom and aunt when he got the good news that the rescue was successful.

“It was pretty early in the morning, or late at night, he just said ‘I’m safe, we’re all out,’” Kirk said.

“And the last people to come out were the Thai divers who volunteered to stay with the boys. The boys were out and it took some time to get the rest of the divers out.

“He’s expressed incredible appreciation for how the team came together and how skilled everyone was who was involved.”

This sense of selflessness comes naturally to him, Kirk said. Their dad, mom and aunts all exude the same compassion.

“Everybody here (in Langley) who knows him will share the same thing that I did, that they’re not surprised,” Kirk said.

“He’s one of the most humble guys I know, he’s proud of the team.”

Around the world, people have been applauding the divers’ efforts.

Prime Minister Justin Trudeau took to Twitter last Wednesday morning to offer his thanks and congratulations to Erik on behalf of Canadians.

The Thai cave rescue was a team effort, and I’d like to congratulate and thank Langley’s Erik Brown for stepping up to help get the job done – you’ve made Canadians proud. https://t.co/fMiRvuSs6t

The Thai Navy SEALs called it the “operation the world will never forget.”

“Today the united force of humanity is at work. The world will never forget this rescue mission — ‘Operation Bring Wild Boars Home,’” a Facebook post said. 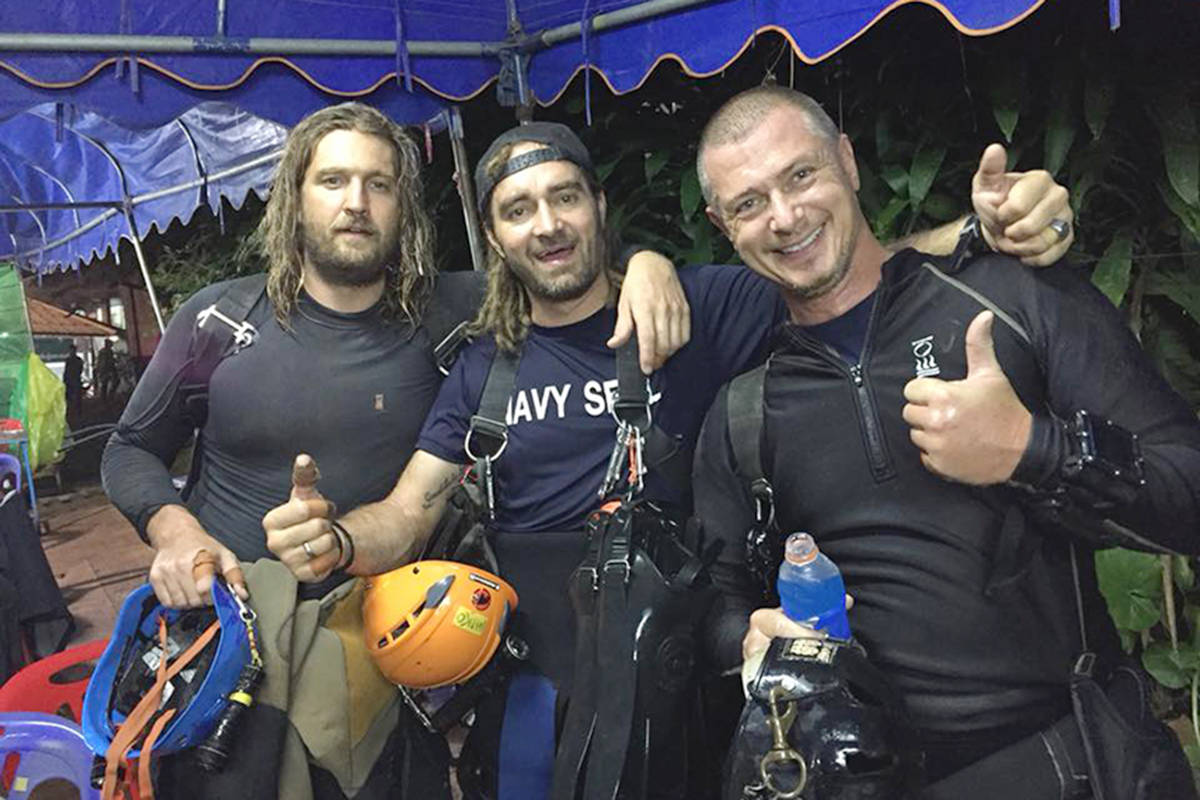 Erik Brown, pictured on the left, seen with other rescuers. Facebook image 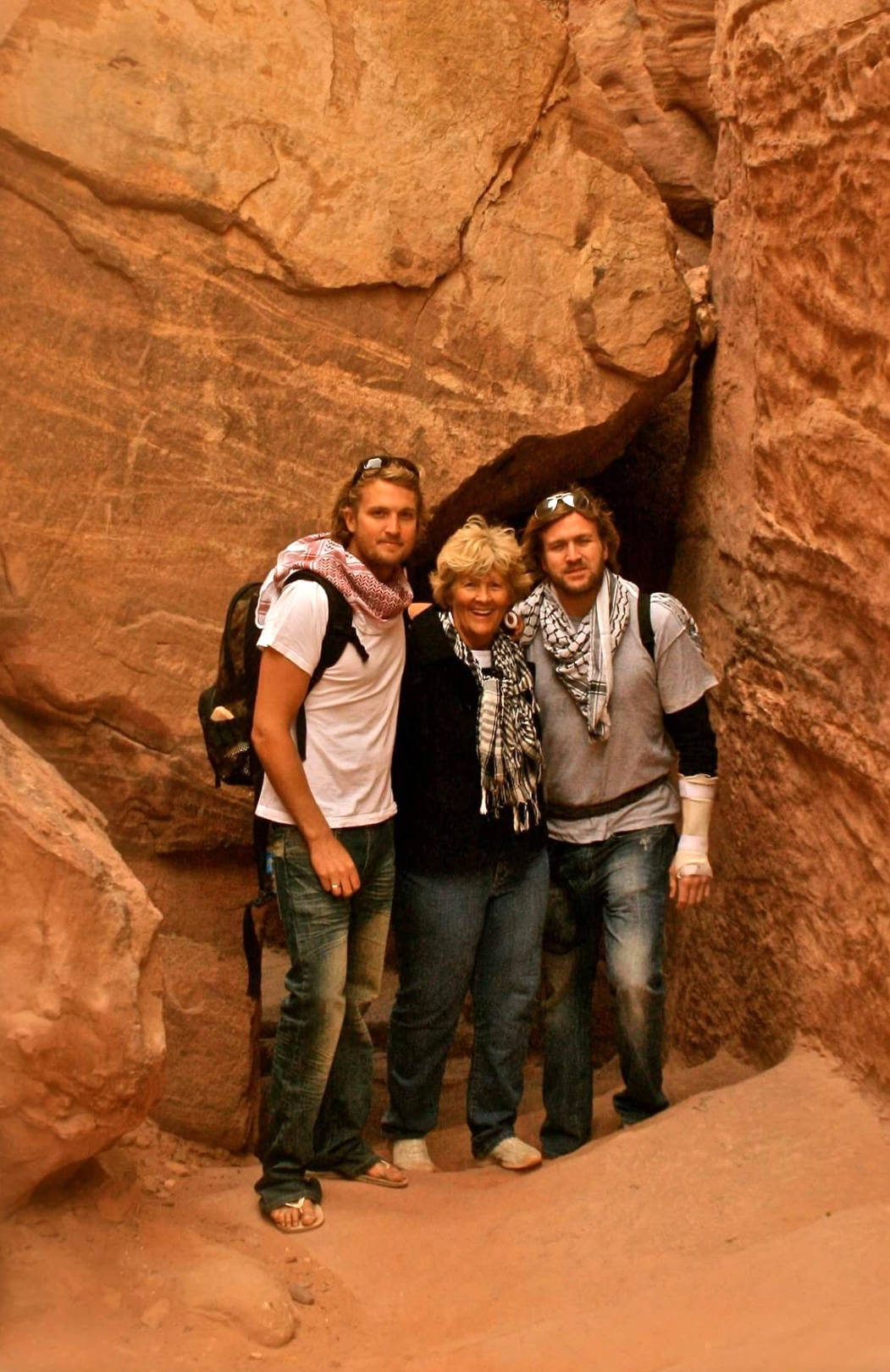 Brothers Erik and Kirk Brown grew up travelling the world together. Here they are pictured with their mom, Dorothy, in Petra, Jordan. Photo courtesy of Kirk Brown 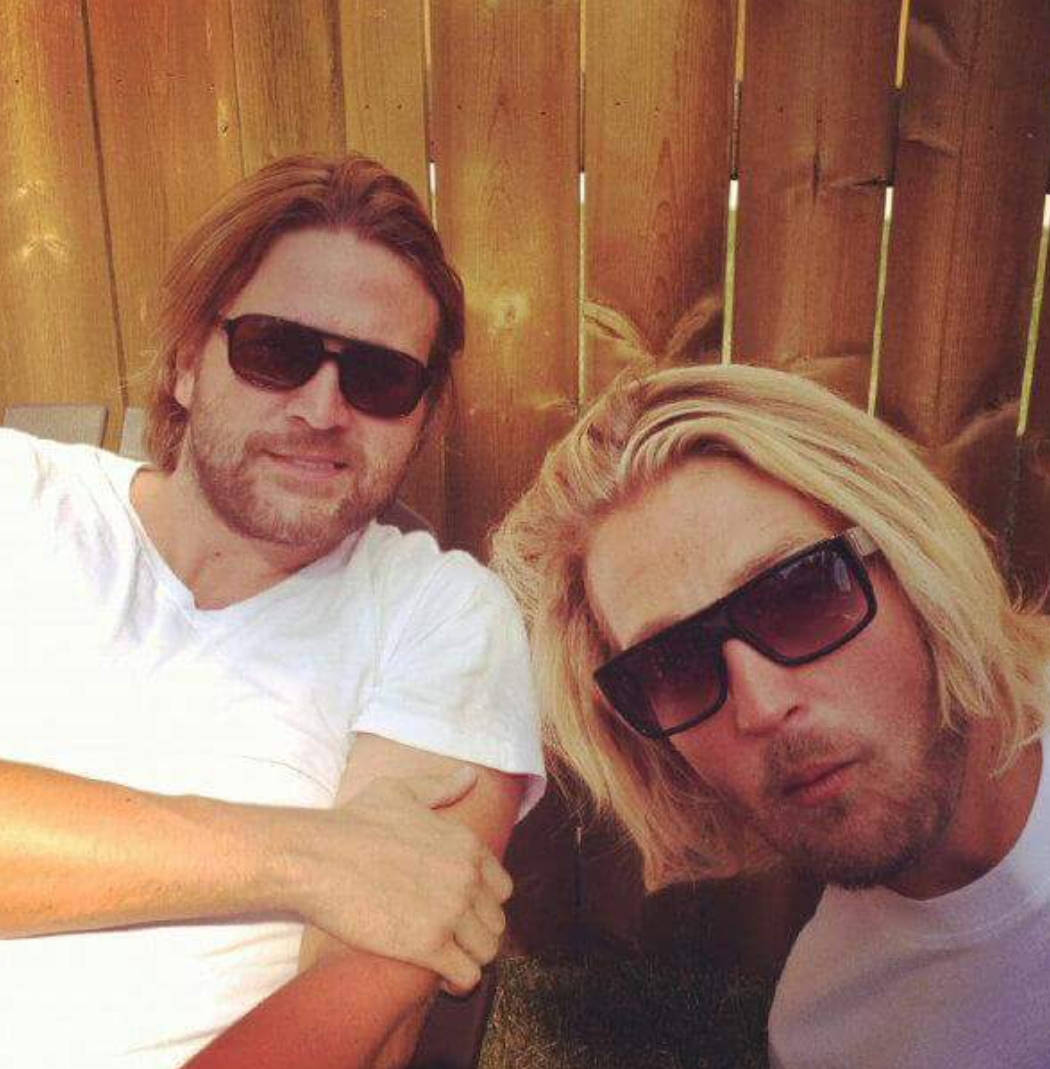 Brothers Erik and Kirk Brown grew up travelling the world together. Photo courtesy of Kirk Brown