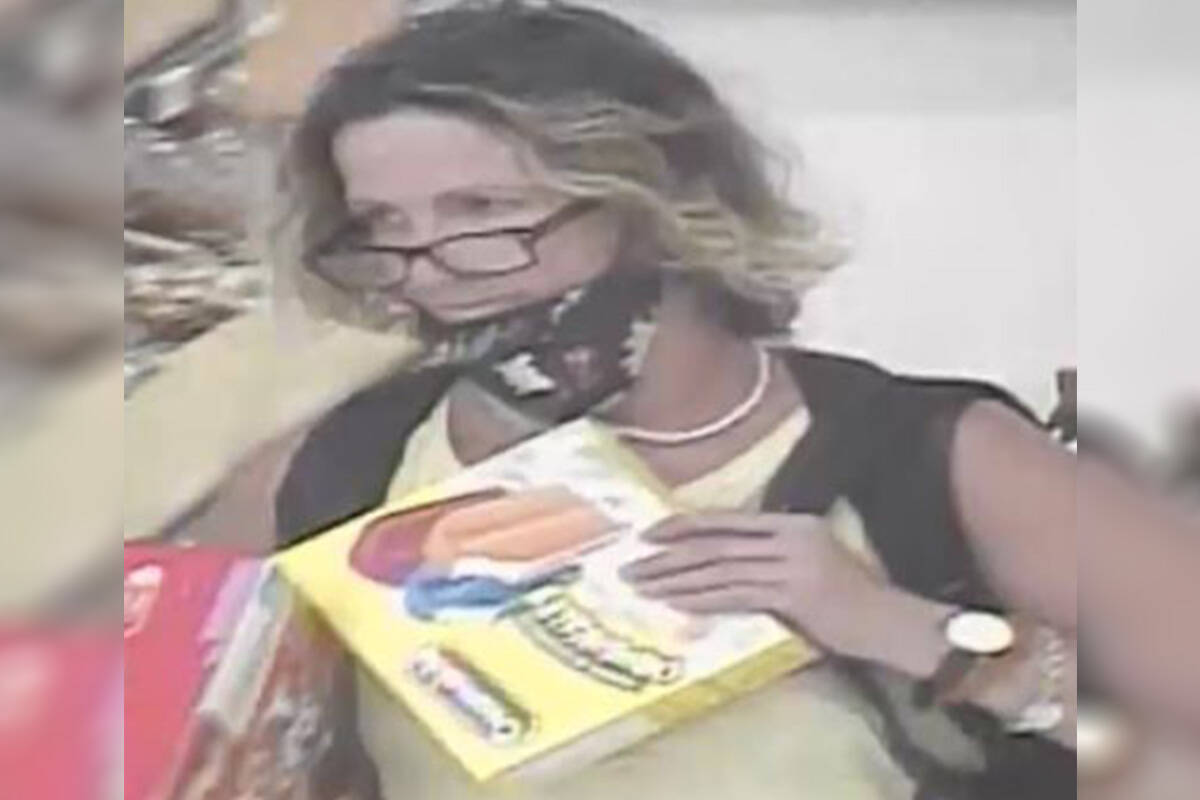 Police allege the pictured female stole over $200 in product from Superstore on July 27, 2021. (Langley RCMP) 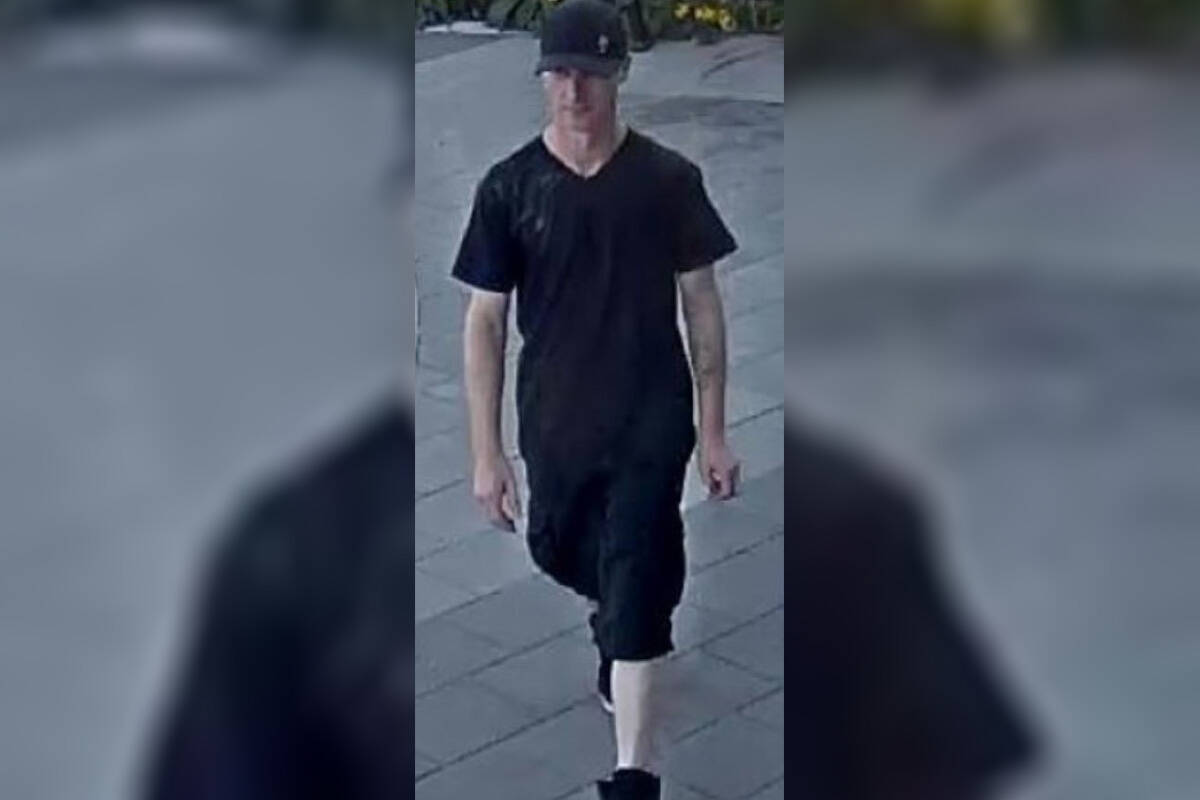 The pictured male is alleged to have stolen a bike from outside the Timms Centre on Aug. 4, 2021. (Langley RCMP) 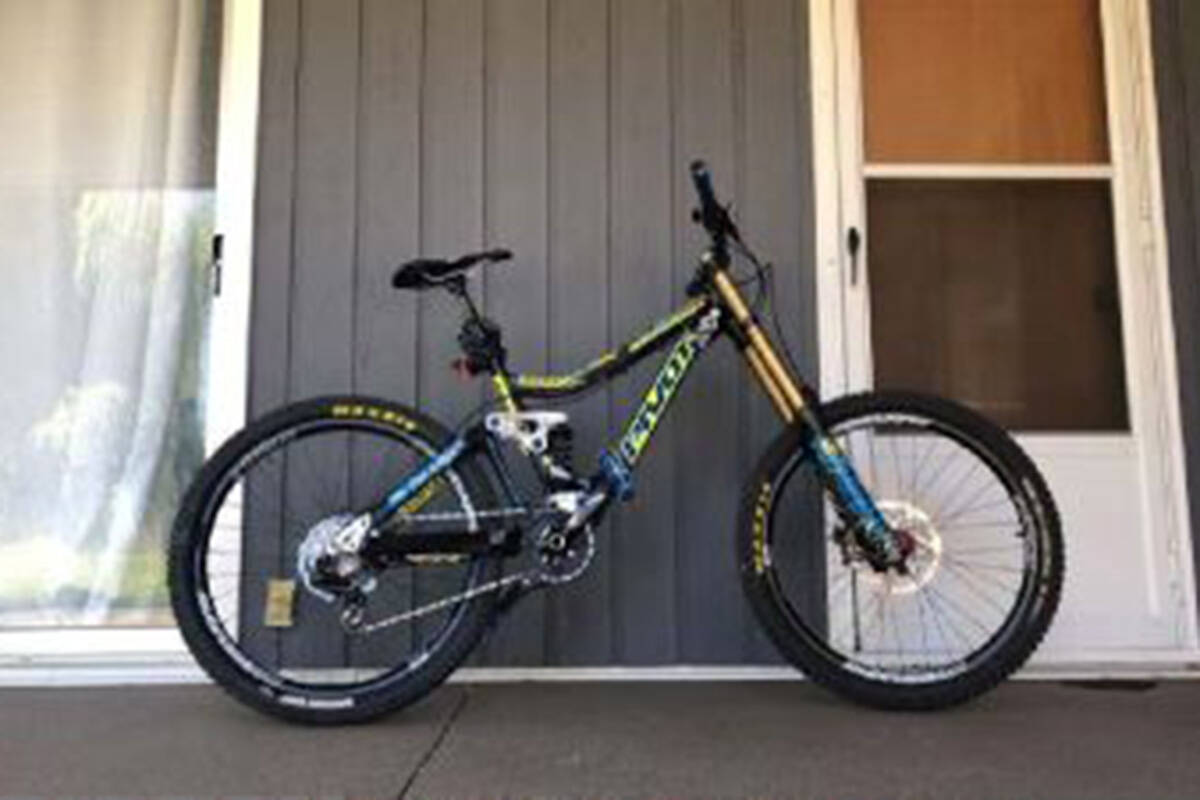 The pictured bicycle was stolen from the back of a pickup truck at the Walnut Grove Holiday Inn Express on Aug. 7, 2021. (Langley RCMP) 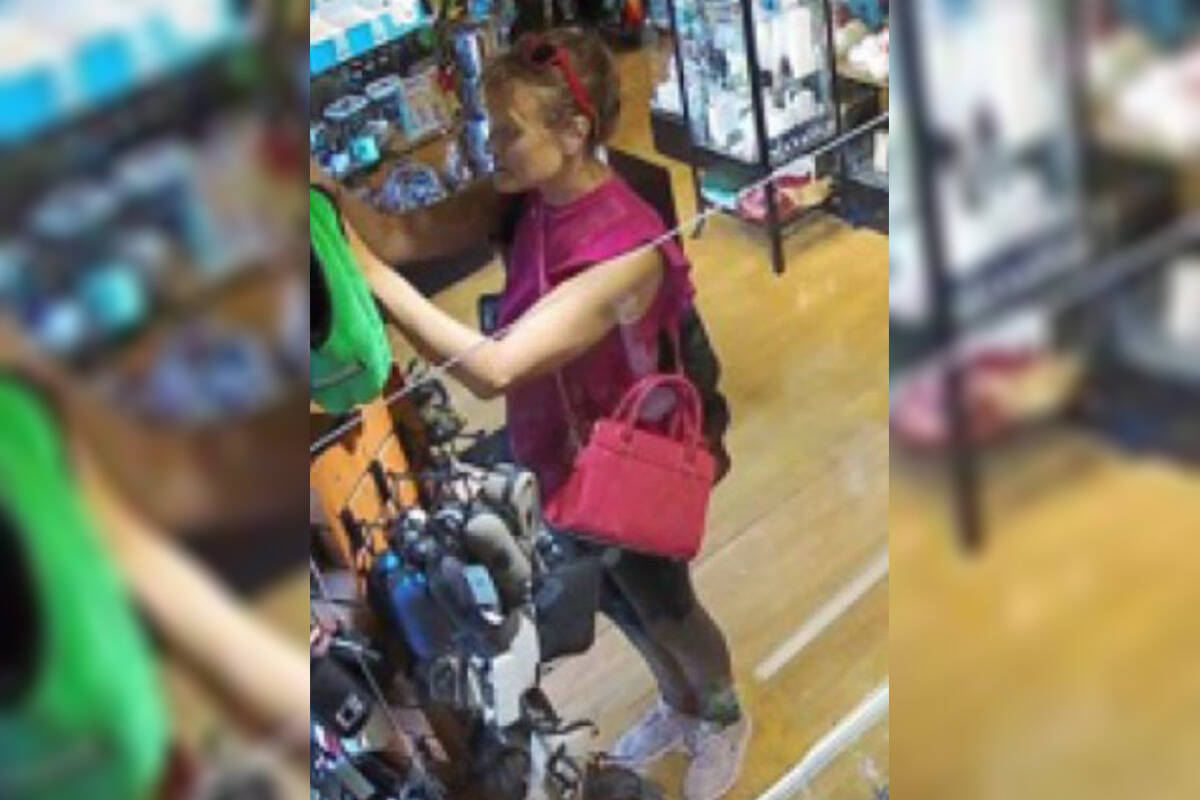 It is alleged the pictured woman stole items from Hempyz Gifts and Novelties on Aug. 10, 2021. (Langley RCMP) 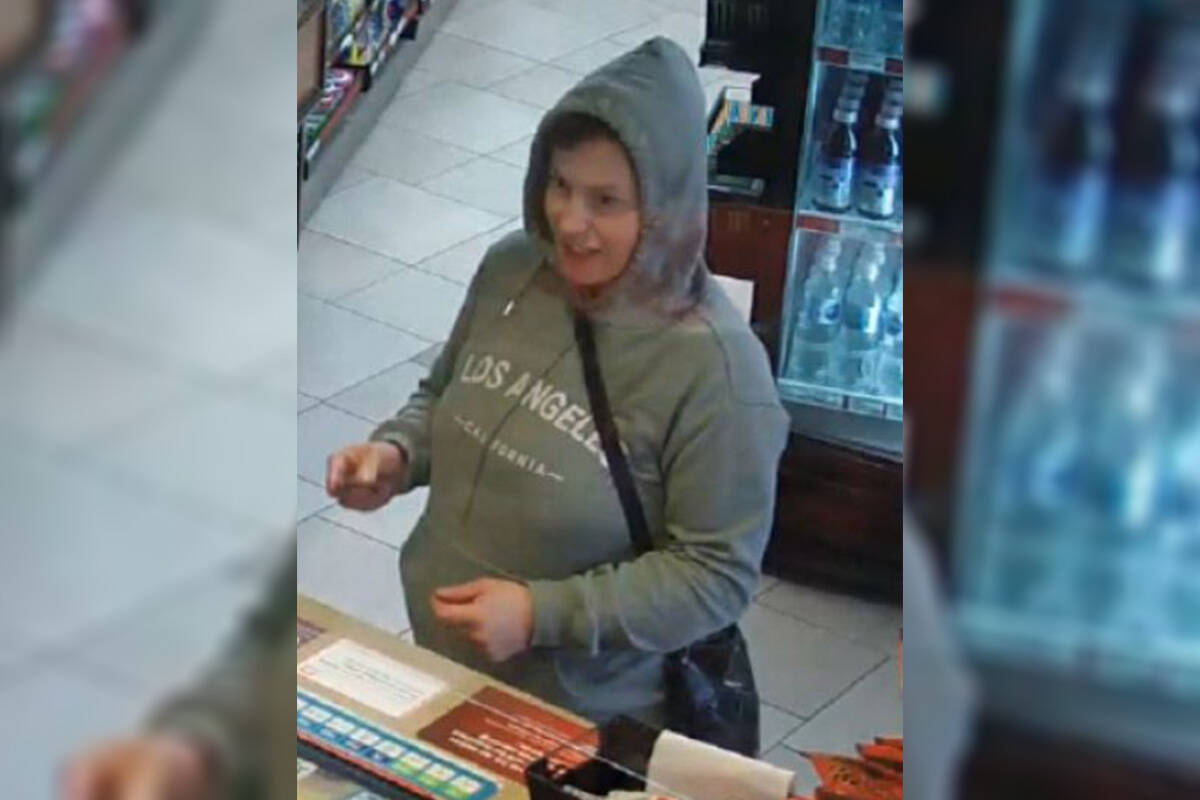 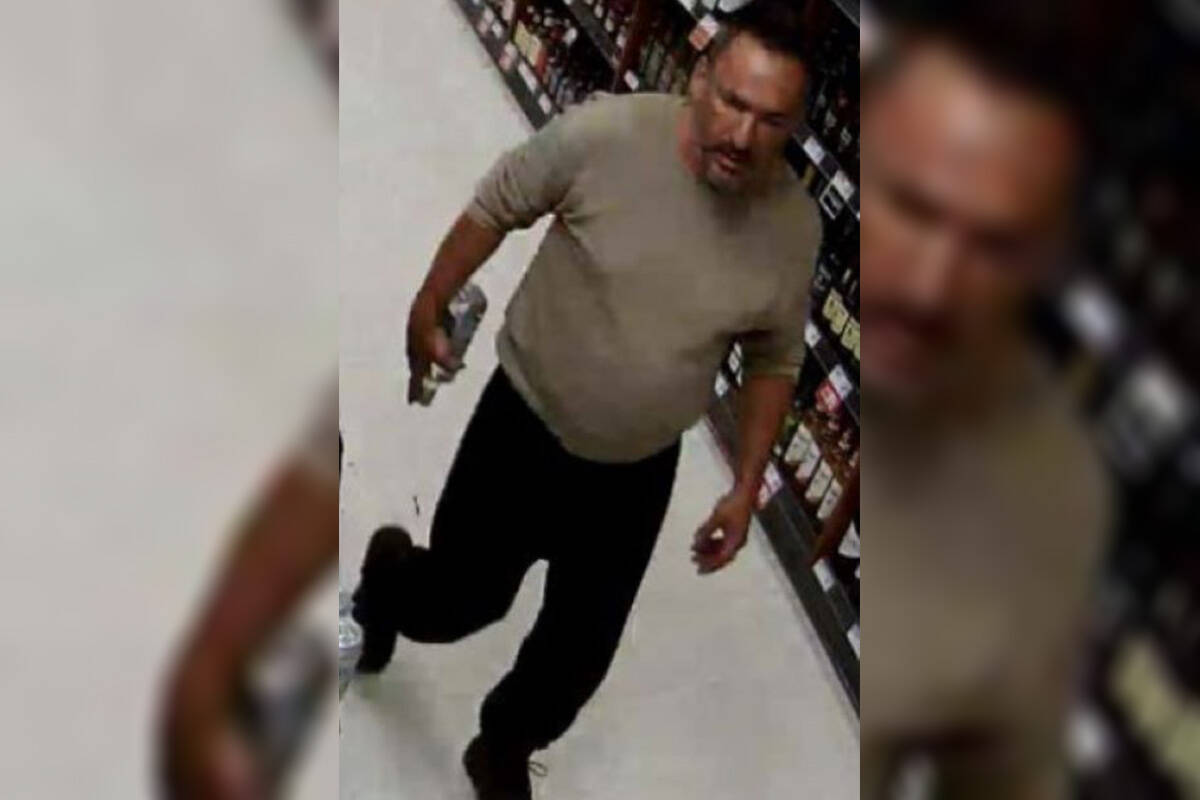 The pictured man is alleged to have stolen a bottle of liquor from the BC Liquor Store in Fort Langley on Aug. 18, 2021. (Langley RCMP) 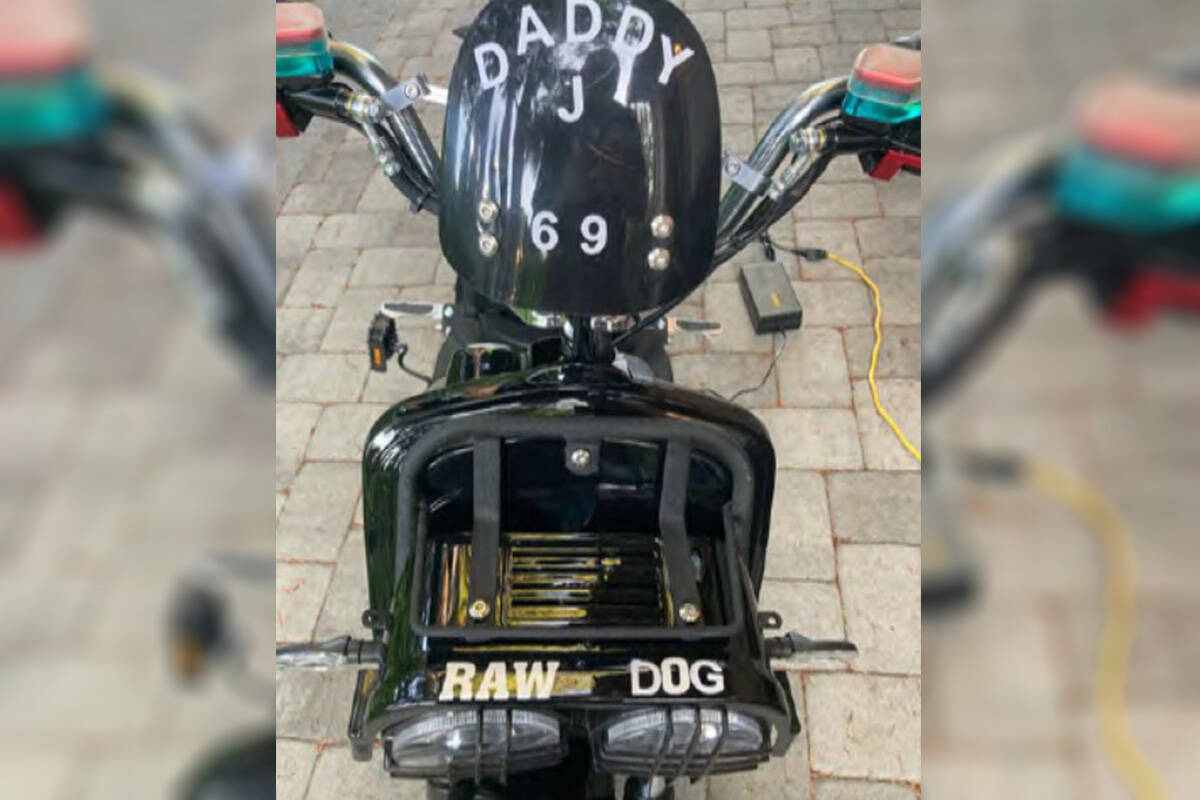 The pictured e-bike was stolen from a residence in Fort Langley on Sept. 4, 2021. (Langley RCMP)

Langley RCMP are asking the public to assist them in identifying suspects allegedly involved in the theft of bikes, hundreds of dollars of stolen products, and other crimes.

Officers alleged a Caucasian woman, about 5’ 8” tall, with a slim build and curly blonde hair stole over $200 in product from the Langley Superstore on July 27. At the time, the woman was wearing a yellow shirt, red pants and carrying a blanket, a clear plastic bag and two backpacks.

On Aug. 4, officers allege a man stole a bike from outside the Timms Community Centre.

In a separate incident, another bike was stolen from the back of a pickup truck at the Walnut Grove Holiday Inn Express on Aug. 4.

Days later, on Aug. 10, in an unrelated incident, officers allege a woman pictured in security footage stole from Hempyz Gifts and Novelties. The woman is described as Caucasian, about 5’ 9” tall. At the time of the incident she was wearing a white baseball hat, a sheer top with a black sports bra and black tights.

Police are also looking for a woman who used a stolen debit card to make a purchases at a Langley Petro Canada on Aug. 11.

On Aug. 18, a man is alleged to have stolen a bottle of a liquor from the BC Liquor Store in Langley. The man is described to be in his 50s, about 6’0” tall with a receding hairline and a moustache. At the time of the alleged theft he was wearing a beige sweater, black pants and black boots.

An e-bike was reported stolen from a residence in Fort Langley on Sept. 4. The bike is described as a black Armada Recon 500w high torque, with a sticker ‘Raw Dog’ on the front and sides. It also has a sticker on the front visor that reads ‘Daddy J 69’.

Anyone with information about these crimes is asked to contact Langley RCMP at 604-531-3200. Those who wish to remain anonymous can call CrimeStoppers at 1-800-222-8477 or visit www.solvecrime.ca.