Northbound traffic is backed up along 200 Street between Highway 1 and 72 Avenue after a dump truck and a compact car crashed, causing the dump truck to spill its load of wood chips on the 200 Street overpass during Tuesday morning’s commute.

The dump truck was sideways across three lanes of traffic on the 200 Street overpass.

Traffic was backed up all the way to the Langley Events Centre at one point.

According to a witness at the scene, the accident involved three large trucks and one small car.

The crash was cleared around 9 a.m. 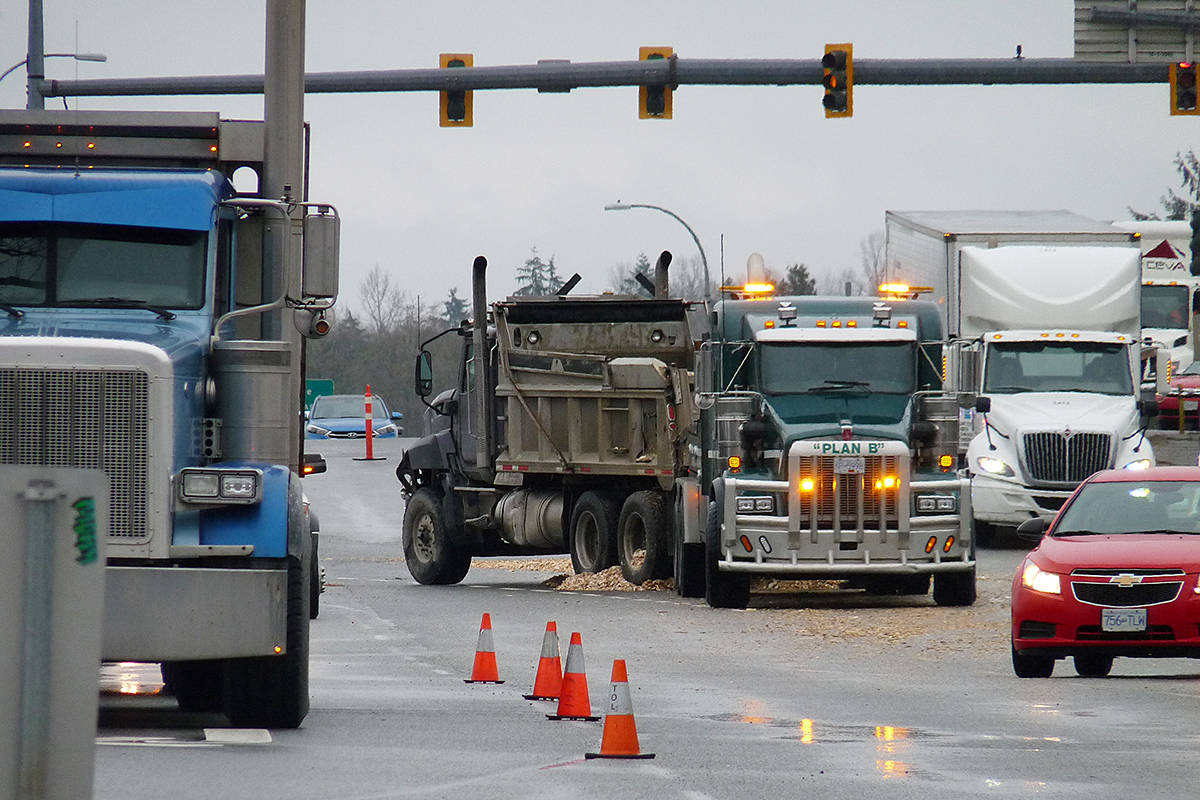 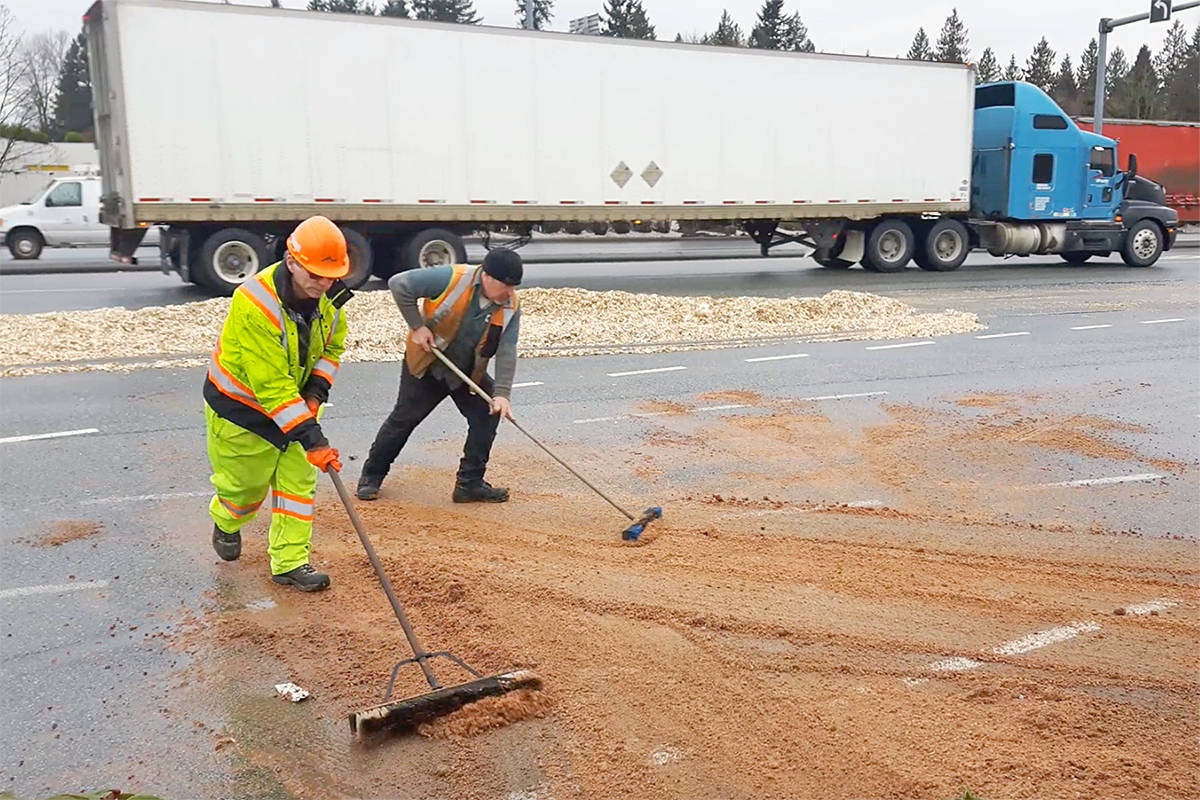