It’s not only parents that have pled with the Township to do something about the dangerous crosswalk on 272 Street at 28 Avenue, one Grade four student has raised her voice as well.

Mya Grainger, a ten-year-old student of Shortreed Elementary School waited outside school at the crosswalk on Friday, which marked the end of Bike to School Week for children and nervous parents.

“I’m standing out here because this intersection, which is a really unsafe intersection… I don’t want anyone to get hurt here,” Grainger said.

The Grade 4 student held a colourful sign that towered over her head, reading: “We need a stop light to keep us safe. Honk if you agree!”

And she kept track. Before and after school on Friday as she manned the crosswalk with Principal Chris Wejr who halted traffic with a stop sign for pedestrians to cross.

Mya had a total of 29 motorists honking for the cause.

“I did this because I want kids my age to know that stuff like this is not only for adults to do – kids can step up too,” Grainger expressed.

“And even more people might listen to you” rather than adults, Wejr replied to the wide-eyed child.

“When Mya puts her mind to something there’s no stopping her. It’s go-time,” her father Ryan said.

Ryan admits pulling his truck “into the middle of the intersection” to prevent motorists from striking a child in the visibly marked crosswalk.

Parents accompanied their school-aged children on their way home through the crosswalk. Several were heard saying, “this is needed” along with other exasperated words of agreement.

RELATED: One too many ‘close calls’ at intersection near Aldergrove school

Grainger emailed a letter to “every” Township Councillor, as well as the Mayor, on May 26 calling for a stop light at the intersection.

In it, the child writes, “I have seen so many people almost get hit here because there is no stop light.”

Grainger told the Aldergrove Star that in the week since four councillors have responded.

One, a local of Aldergrove himself – Councillor Bob Long mentioned Mya’s letter and its concerns during their Monday meeting.

The crosswalk “is a tricky spot because of its location,” Long said to the Aldergrove Star.

Township engineering staff were prompted by the letter, as well as Long, to further review of the crosswalk, including the examination of “pedestrian traffic volumes” as well as “collision history,” a Township email states.

Recommendations will be made to address the growing concerns over the crosswalk, so far as they allign with the Transportation Association of Canada guidelines.

“What their eventual recommendation will be – I don’t know,” Long concluded. 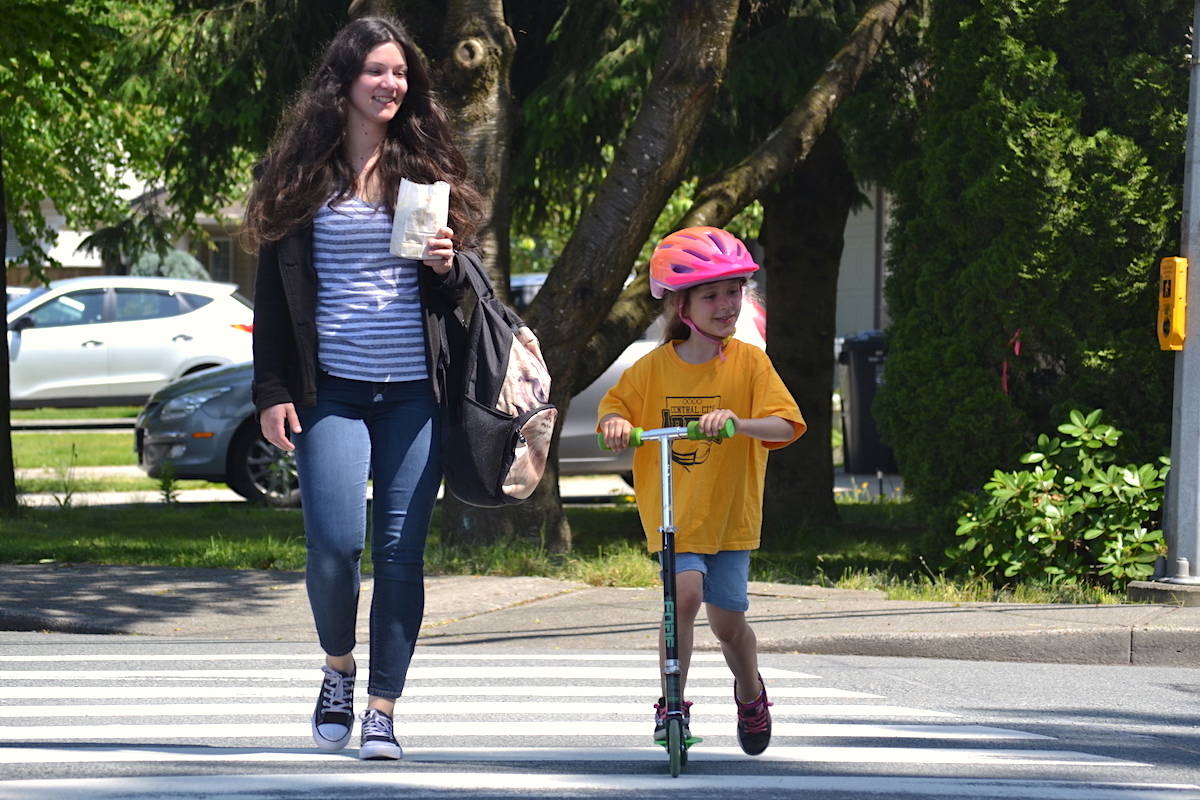 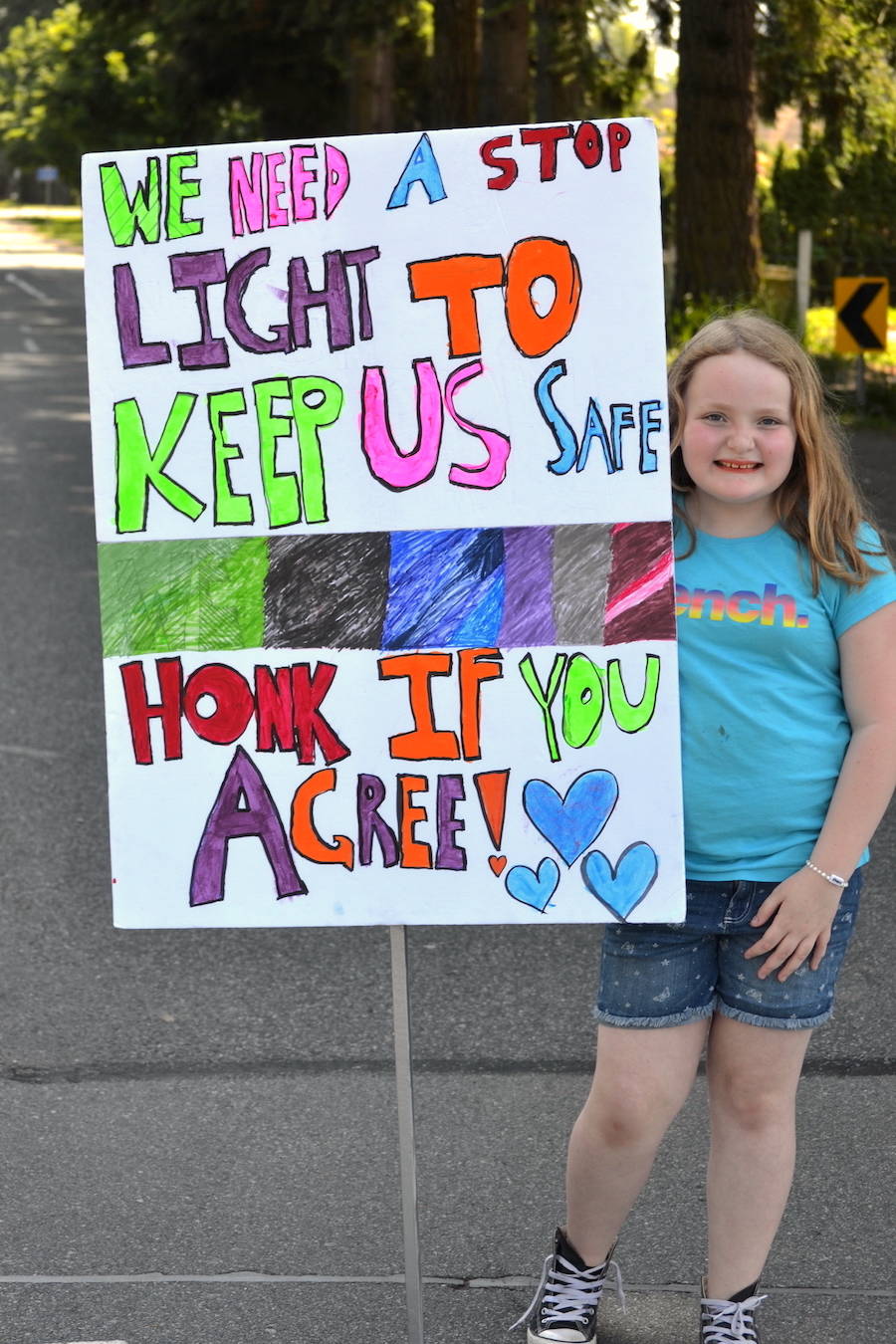 One too many ‘close calls’ at intersection near Aldergrove school