Greater Vancouver Zoo plans to spend up to $20 million on a four-phased revamp to turn its current Aldergrove facility into a “zoo of the future.”

“It’s not gonna be a zoo anymore. It’s going to be called the zoo of the future,” he said, with hopes to reopen to the public in mid-June.

The COVID-19 pandemic has resulted in layoffs of approximately 50 per cent of zoo staff, said Lussier, specifically the employees who worked with the public.

“There’s no money coming in but we will work as much as we can – at a slow pace.”

The zoo’s old entrance was demolished in April to make room for a much larger admissions entrance, corresponding gift shop, staff offices, and public washrooms.

In three weeks time, the zoo plans to consolidate its maintenance and carpentry staff to erect a conservation and education centre, Lussier said.

The Greater Vancouver Zoo receives the Peter Karsten In-situ Conservation Award, one of the most prestigious national awards in the field of zoology in Canada. We are ecstatic and proud to receive this award and will continue to help lead the way in conservation in BC and Canada. pic.twitter.com/jeYaFpVXx3

By 2021, Lussier wants to “create a piece of Africa in the heart of B.C.” in the form of sprawling open acreage that will serve to expand zoo animals’ enclosures.

This announcement comes after the non-profit Zoocheck Inc. recommended several improvements to the zoo last year, after an on-site visit.

The June 2019 report recommended the institution “expand enclosures to provide more space for the animals,” and focus on more species native to B.C. instead of exotic animals.

“A lot of the enclosures we have are very large,” Lussier told the Aldergrove Star.

“We’re not going to change everything, but I have plans for everything.”

Lussier’s plan is to see half of the zoo’s 60-acres converted into a park where B.C. and Canadian wildlife can cohabitate as they would “in their natural habitat.

In phase three, 2020 will mark the year that the lions and tiger complexes will be enlarged to a “big city of cats,” Lussier said.

A self-proclaimed “visionary,” the general manager is also aiming to construct see-through tunnels where visitors can get up-close to the felines.

As well, a pulley-system will be installed that mimics lions and tigers hunting in the wild, he said.

“Guests will be able to see,” Lussier emphasized.

Finally, an African Savannah project is planned for 2023 with a 20-foot-high walkway and observatory with a restaurant built atop.

“While eating you can overlook the large Savannah,” Lussier continued, adding that guests will be able to dine day or night.

In the Savannah areas, Lussier said the zoo’s antelopes, its giraffe, and other African species will be free to roam and interact.

According to Lussier, the revamp will occur over the course of the next five years.

Vancouver Humane Society spokesperson Peter Fricker said the zoo – as it stands – does not provide animals with a stimulating environment that allows natural activities like climbing, foraging, or digging.

Fricker said the society is currently concerned too much investment might be spent to enhance the visitor experience, rather than improve conditions for the animals. 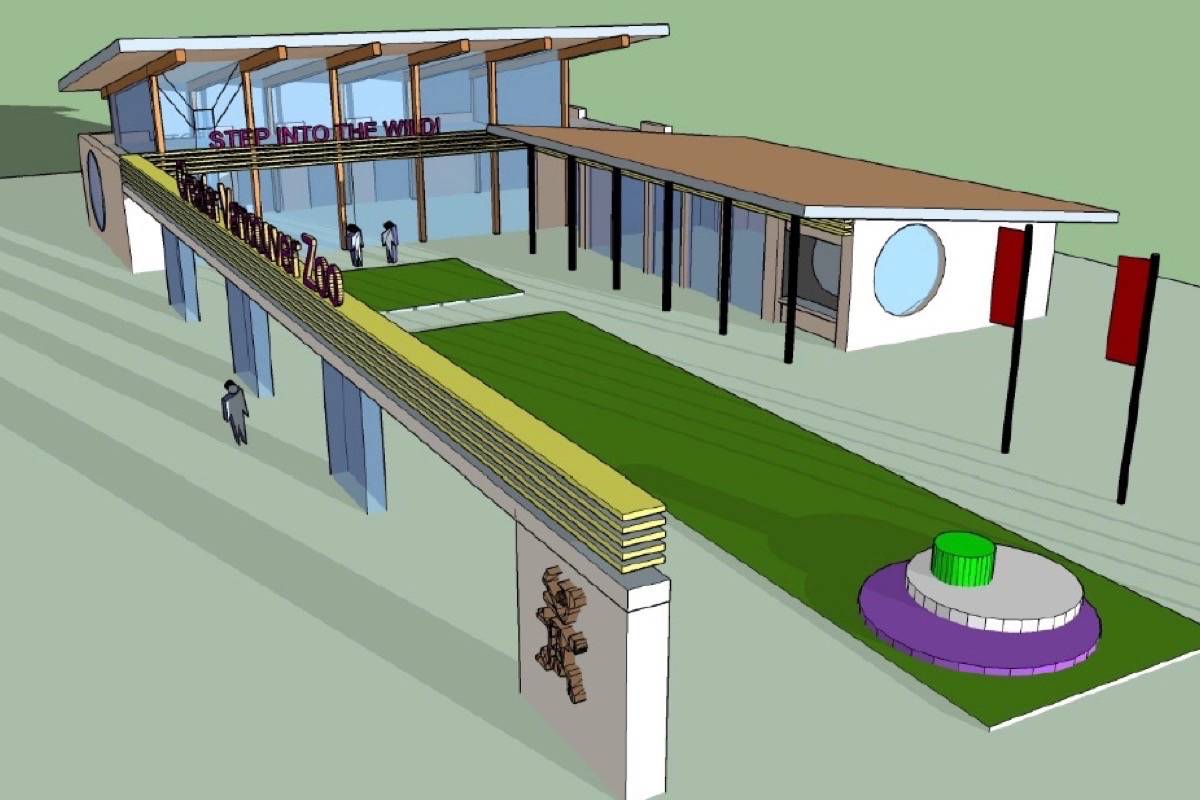