“It seems like every night you hear of someone else getting vandalized,” said Jackie Crispin, who lives with her husband, Matthew, in their family home on the 3300-block of 272 St.

On Jan. 30, between 3 a.m. and 5 a.m., someone broke into the back of their house and rifled through their boat and the utility trailer attached to their truck.

“He got onto my boat and even put a cigarette out on my dash,” Matthew said.

Matthew, 56, called the police as soon as he noticed an estimated ($4,000) worth of tools missing from his trailer while he was at work waterproofing the next day.

Theives made off with two cordless drills and a cordless reciprocating saw, among other items, Matthew reported.

“There has to have been a couple of them to be able to transport that many tools,” his wife added.

The robber(s) returned the second day and forced entry onto the boat again, this time into the lower level. That’s when Matthew noticed a cigarette put out on the front dash of his boat.

“Our real worry is that some of these thieves are gonna get a little bit braver and maybe enter somebody’s home and someone will end up getting hurt,” Jackie said.

This past summer, the Crispin’s son — a Grade 12 student at Aldergrove Community Secondary School (ACSS) had his truck stolen from their driveway under the cover of night.

The vehicle was later found in line up for a Tim Hortons drive thru in town.

“The thief drove right past my son’s school,” Matthew said, “His friends identified the truck without him driving and they called the police — I don’t think these criminals are afraid of anything.”

The couple worries it is a waste of the police’s time, calling in to report petty theft.

The most important thing for homeowners during a crime in progress is to call 9-1-1 and alert the police, suggested Langley RCMP Cpl. Kurt Neuman, the community policing liaison in Aldergrove.

“We have 3 RCMP constables and one corporal in the Aldergrove area at any given time to respond immediately if the situations warrants it,” he said.

Plus, as many as 20 RCMP officers are on call throughout the Langley Township and can also be dispatched to assist.

Following the rash of crime in their lives, the Crispins have purchased new security software.

“It’s a peace of mind when you’re home by yourself or with your grandchildren,” Jackie said.

Theives make off with sentimental items

Meanwhile, the Turner family — a young Aldergrove family — had their 2002 Chevy Trailblazer taken from the back of their Parkside Village complex overnight the first weekend in February.

“If someone had stolen it because they needed the cash it would have been a little more understandable,” said Nadine Turner, the mother of two young boys — a three year old and eight-month-old.

“But it looked like they’d taken the car for a joy ride,” she said, detailing the extensive front end as well as frame damage as a result of what appeared to be forced entry on the passenger side.

Abbotsford police were able to locate the vehicle within two days — on the Monday.

“The worst part is not that we lost our car,” the mother said, “It’s that we lost things of sentimental value that we cannot get back.”

Nadine, 29, knit hats for her two young children that were gone from the vehicle by the time police recovered it.

This is Nadine’s second spring as a resident of Aldergrove and she’s shocked by the level of crime in the community.

Aldergrove residents are encouraged to phone the non-emergency number 604-532-3200 and ask for a free home security check from local police units if unsure whether their home is theft-proof.

“We want Aldergrove to be the best community and the best place to live, and for this, we all have to do our part,” the corporal concluded. 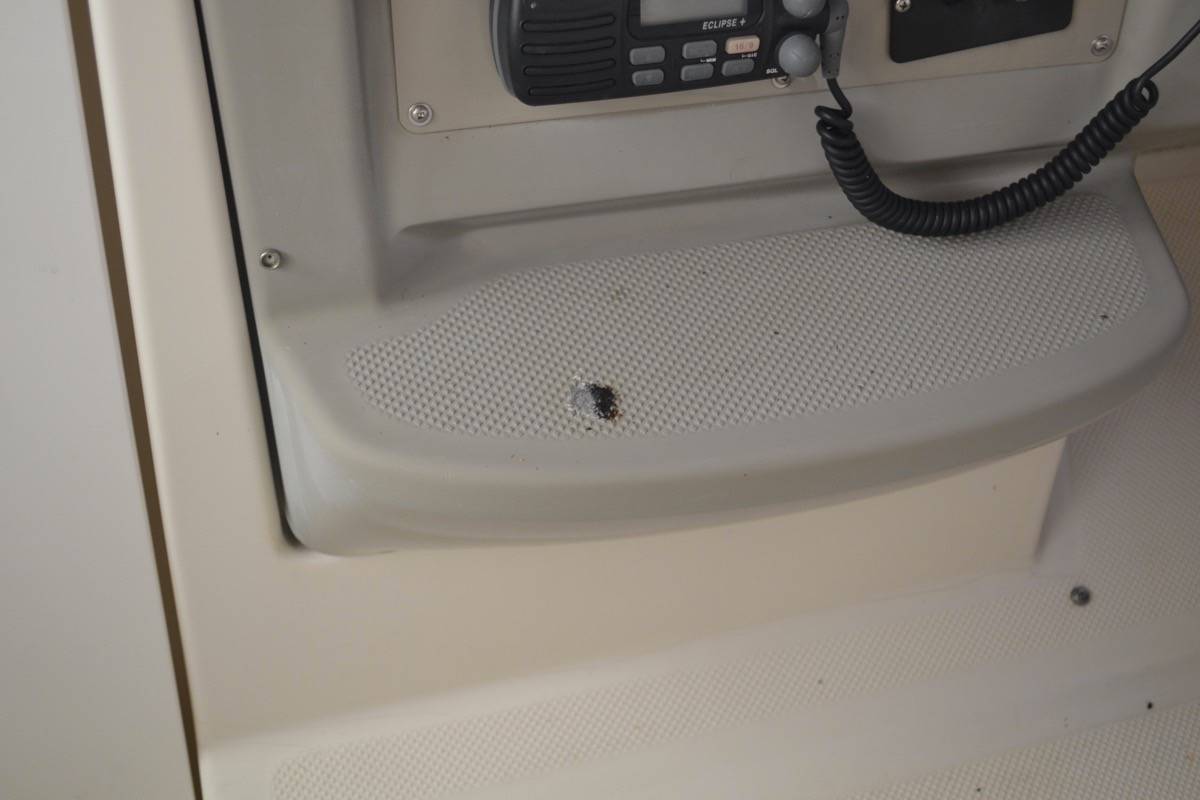 Thieves returned a second day and forced entry onto Matthew Crispins boat. That’s when he noticed a cigarette put on on the front dash of his boat. (Sarah Grochowski photo) 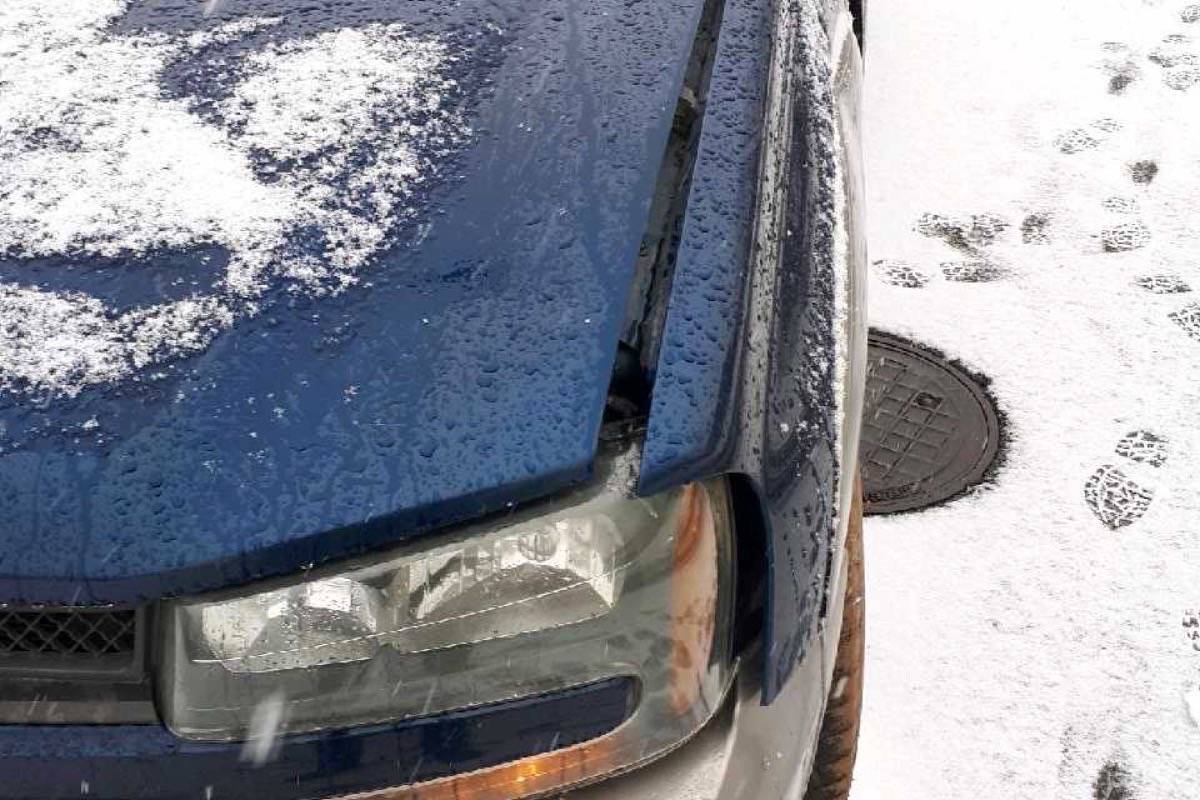 Police located Nadine Turners SUV, which was stolen out of her complex carport the first weekend of February. Turner detailed extensive front end and frame damage to the vehicle as a result of what appeared to be forced entry. (Submitted photo)