A family dog was killed in an evening house fire on Ashwell Road on Nov. 16.

At approximately 7:15 p.m. the Chilliwack Fire Department was dispatched to a reported structure fire, in the 8000-block of Ashwell Road.

The department reports that fire crews responded from Halls 1, 4 and 6. On arrival, the first crew reported seeing flames and heavy smoke coming out of the gable end of the roof structure of a single-storey residential home.

Firefighters entered the building on an interior attack, knocked down and extinguished flames in the attic as well as the kitchen area. The kitchen area to the underside of the roof structure sustained major fire damage and the remaining living space of the home sustained heavy smoke damage.

The residents were not home at the time of the fire, unfortunately heavy smoke from the fire, claimed the life of the family dog.

There were no civilian or firefighter injuries.

The cause of the fire appears to be accidental and is still under investigation by the Chilliwack Fire Department. 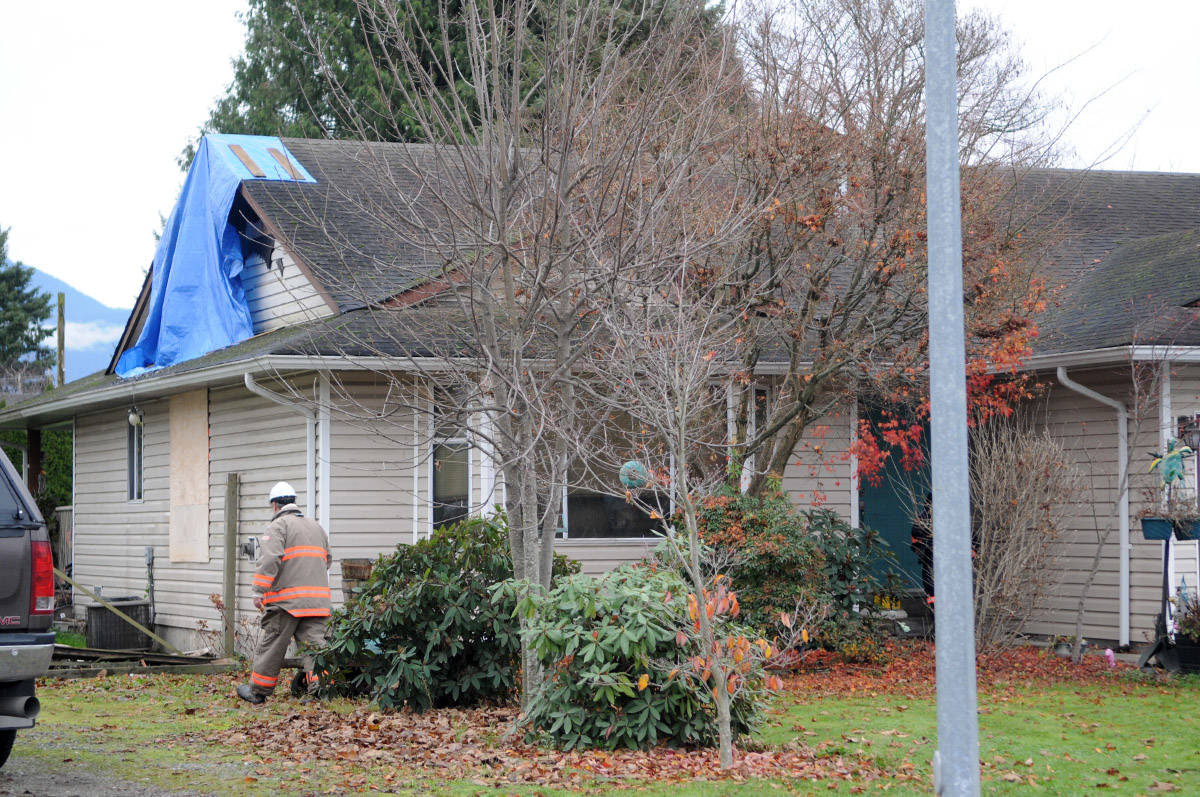 A firefighter walks around to the back of a house on Ashwell Road in Chilliwack where a fire broke out on Saturday night. (Jenna Hauck/ The Progress)

Cold, stormy winter forecast across much of Canada, The Weather Network predicts