An aviation-safety campaign spurred in large part by the persistence of a grieving father has transitioned into an official program.

Greg Sewell said this week that he hopes the story that led to the launch of the General Aviation Safety Program (GASP) – a story that began in 2012, with the tragic death of his daughter Lauren and her boyfriend Dallas Smith – “will serve as an inspiration to all to never give up hope.”

“The campaign was initially only three years, so we didn’t really know where it was going to go,” Sewell said Friday (Sept. 25).

“I’m pleased that it turned into a program.

“I haven’t achieved my ultimate goal,” Sewell added. “But, getting closer.”

Sewell and his wife Fran – South Surrey residents up until approximately two years ago, when they moved to the Okanagan – have been pushing for improvements to aviation safety for eight years, ever since the the private Piper Twin Comanche that Lauren and Smith were travelling in crashed at the Brenda Mines site near Kelowna on Aug. 13, 2012.

Smith – who was also raised on the Semiahmoo Peninsula – died on impact; Lauren, 24, suffered an unsurvivable head injury and died the next day.

The coroner told the Sewells that Lauren would have likely survived had she been wearing a shoulder harness, and the couple initially focused their efforts on getting Transport Canada to mandate the use of such devices in older planes.

Their focus shifted to education in 2017, and Greg Sewell was invited to be part of a task force charged with tracking the progress of a three-year General Aviation Safety Campaign (GASC).

Following the campaign’s launch in June of that year, Sewell described it as “a good start… promising” – an effort that he felt had better potential to impact safety reform in the industry.

A report shared with Sewell and other campaign stakeholders this week states that the transition to a program became official on June 1.

Objectives include to significantly reduce the total number of general aviation accidents; identify and address trends; promote and encourage a safety culture; and continue collaboration with general aviation organizations and associations.

“Nothing concrete has been established yet,” Sewell noted. “We’ll be working on these things and hopefully changes will come out of this.”

His ultimate goal, however, continues to be on improving safety in older planes, which he said “are allowed to continue to fly until they are either retired or fall apart or fall out of the sky.”

While he’s been advised that changes aimed at making retrofitting the planes easier to achieve are “in the works,” Sewell said he hasn’t given up on seeing shoulder harnesses mandated.

“It’s a grandfathering clause that just isn’t right,” Sewell said. “I will continue to push for it.” 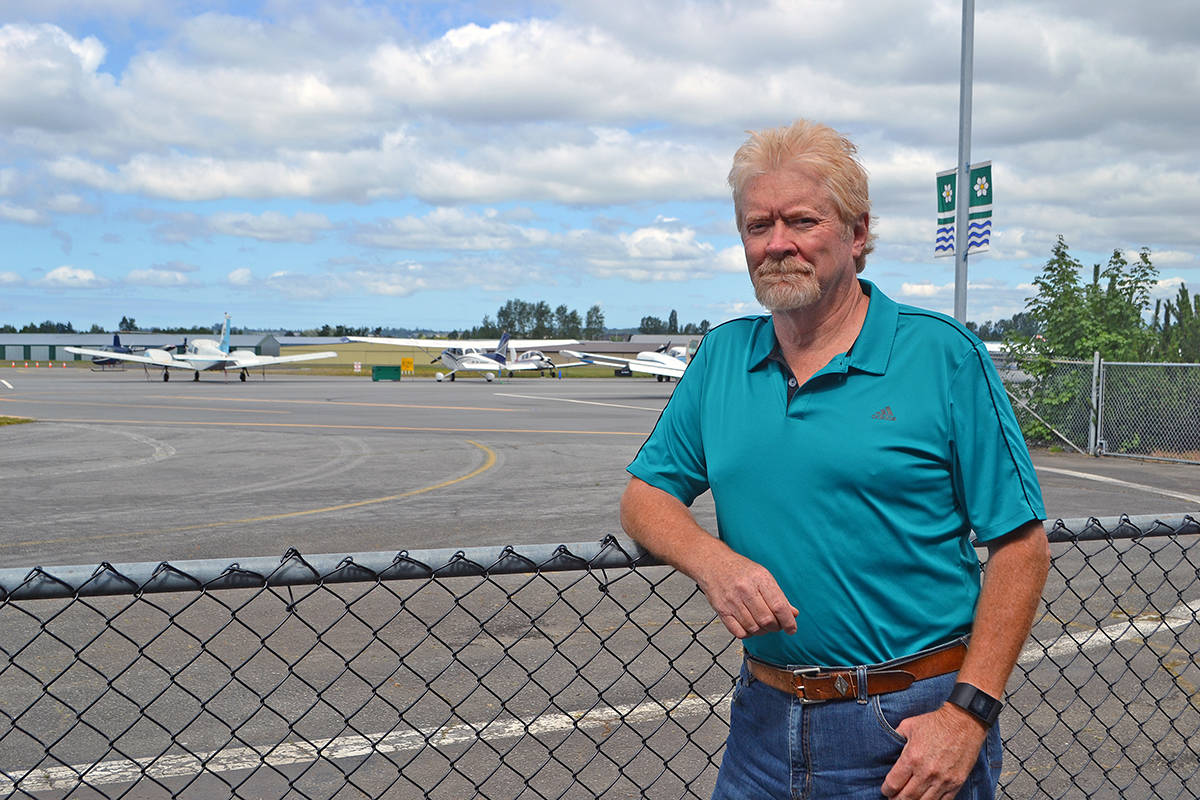 Greg Sewell says he is pleased with the launch of the General Aviation Safety Program, a federal program that transitioned from a campaign based on the tragic circumstances that killed his daughter and her boyfriend in 2012. (Tracy Holmes file photo)

OPINION: The grim future of palliative care in British Columbia

Takeover of Delta Hospice by Fraser Health is a major step toward the dismantling of palliative care in B.C.

No new outbreaks being reported Feb. 26

‘She very clearly had some form of control over that vehicle,’ Crown argues

B.C. Liberal party to choose next leader in February 2022

Candidates have until Nov. 30 to declare whether they are running

The singer’s mom was in Lions Gate Hospital for care

This summer 100 bottles will be available to the public for purchase across five B.C. liquor stores