A fire that caused smoke and water damage to the Murrayville Dollarama store around 6:30 p.m. on Saturday, April 16 appeared to have started in some paper products in the store retail area, a staffer told the Langley Advance Times.

The staffer, who did not want to give their name, would not speculate about the cause of the fire, but did say police and fire investigators were looking into the incident at the store, which is located in a shopping mall at 48th Avenue and Fraser Hwy, just across from the Langley RCMP main detachment office.

It happened when there were very few people in the store, the staffer said.

No one was injured, but there was extensive smoke and water damage.

Assistant fire chief Dale Steeple said the fire apparently started in an aisle of the store and triggered the sprinklers, which helped contain the blaze.

“The store was pretty charged with smoke,” Steeple told the Langley Advance Times.

About 20 firefighters and six units responded to the two-alarm, fire.

A fire investigator was on the scene Sunday. 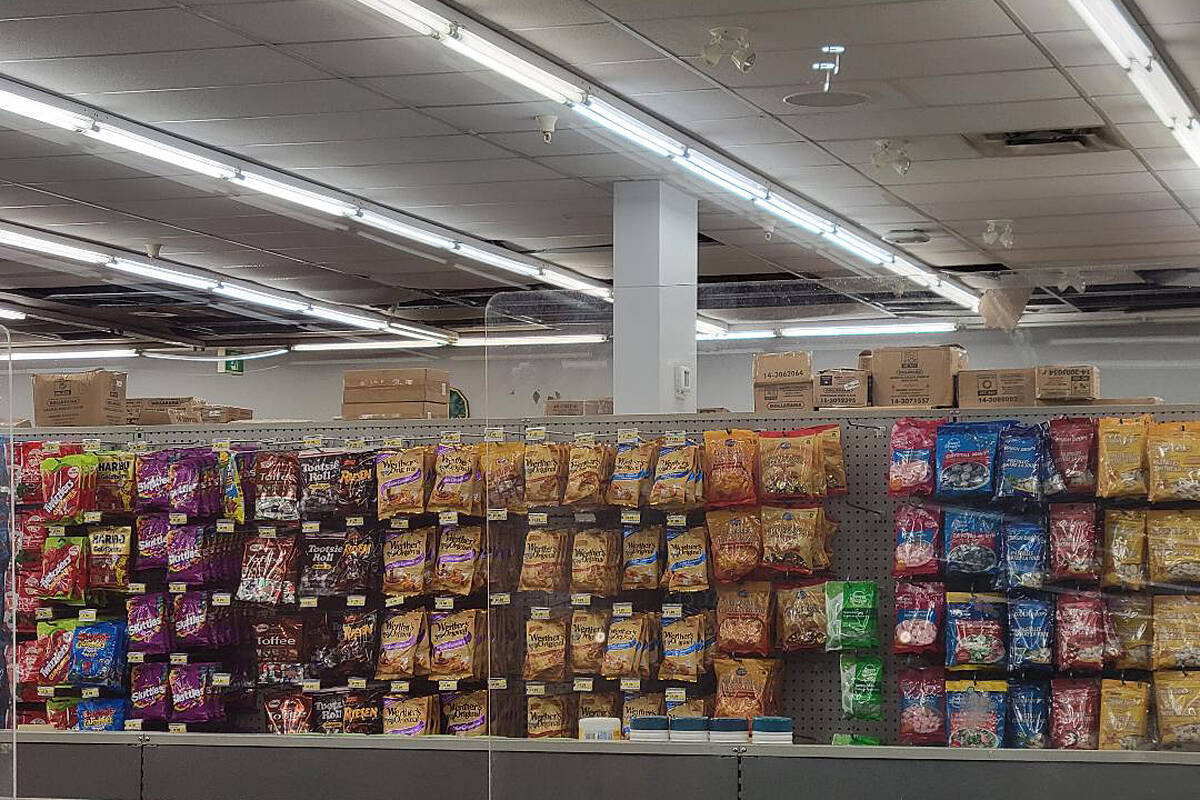 A fire that caused smoke and water damage to the interior of the Murrayville Dollarama store at 48 Avenue and Fraser Hwy. on Saturday, April 16 may have started in some paper products, a staffer said. (Dan Ferguson/Langley Advance Times)

In the aftermath of the fire, several damaged ceiling tiles could be observed through the store windows in the back, and water was seeping out of the front doors.