The fire-damaged Villa Fontana apartment building in Langley City was torn down on Monday, Aug. 24.

Over the past few months, low-level demolition work was underway, including removing asbestos, but on Monday a large excavator tore down the wooden structure.

James Klein, who managed the building and the neighbouring Stardust Court complex for the Langley-based Crossroads Enterprises company, told the Langley Advance Times “it’s easier just to tear it down,” earlier this year.

The owners of the building intend to replace the Villa Fontana with a new, larger building, but it’s unknown when construction on a new project might begin. The new building could have 50 to 60 units and underground parking.

READ MORE: Fire-damaged Villa Fontana to be torn down 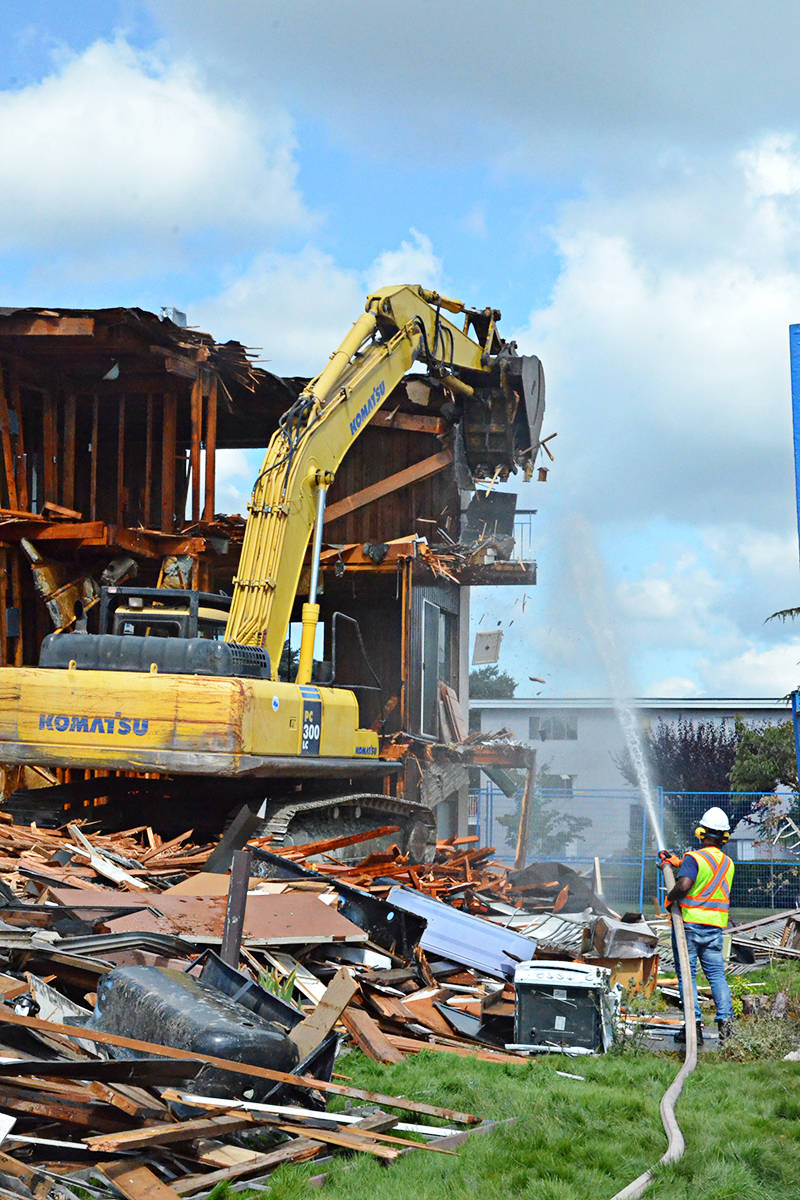 B.C. could shine amid Canada’s slow economic recovery: Conference Board

Ahead of likely second wave, 60% of Canadians relaxing COVID-19 measures

Immigration, the top population driver, decreased due to the pandemic