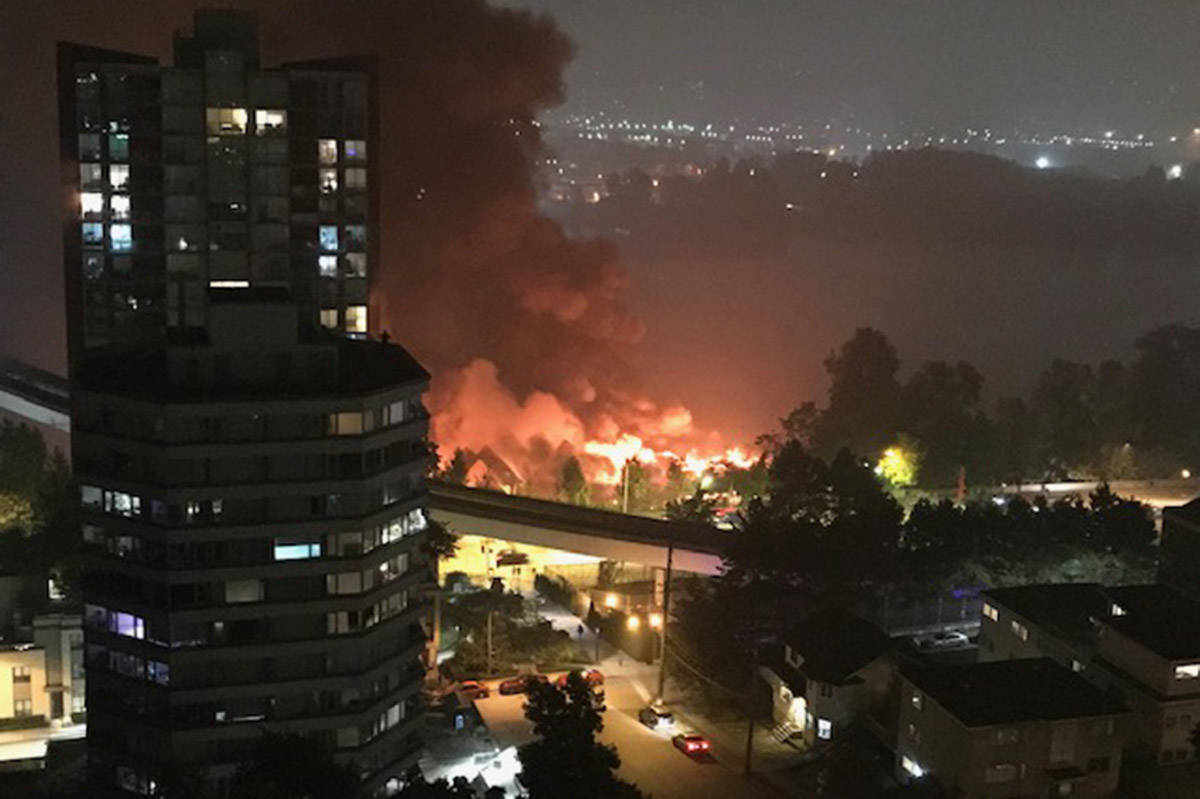 A fire has engulfed the pier in New Westminster on Sunday, Sept. 13, 2020. (Jonathan Cote) 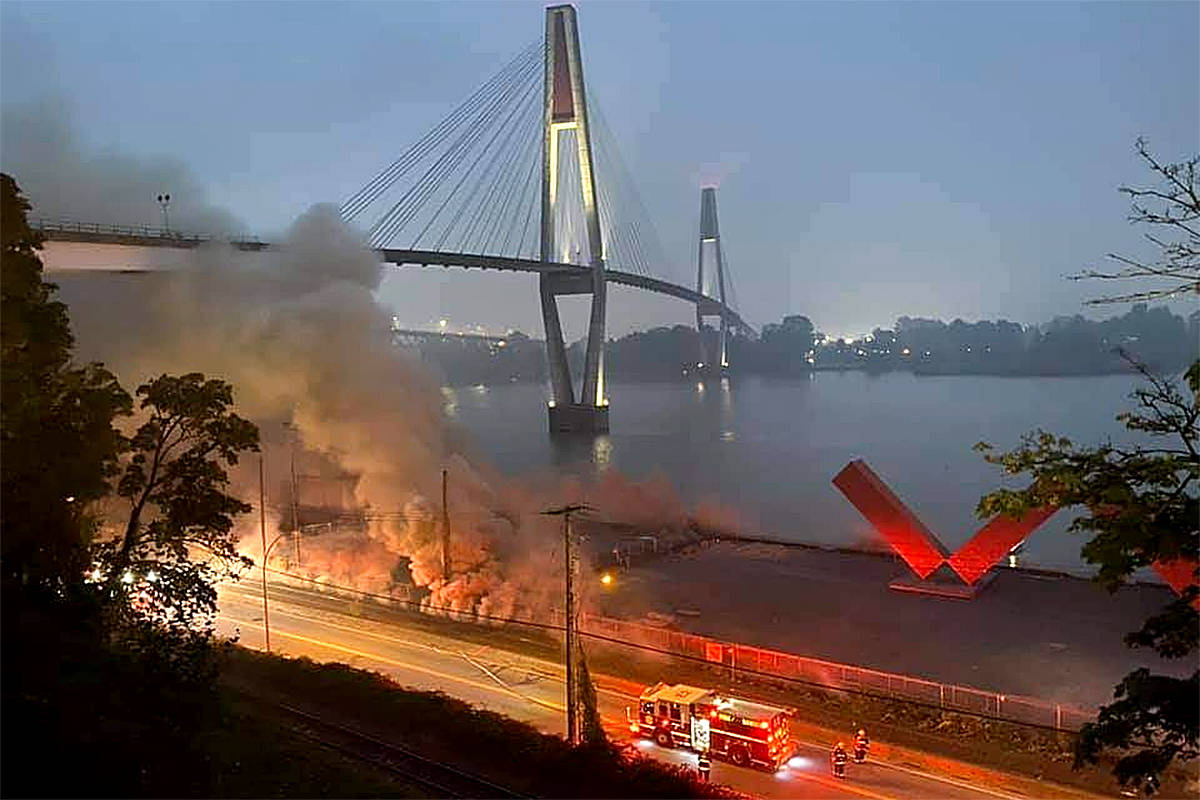 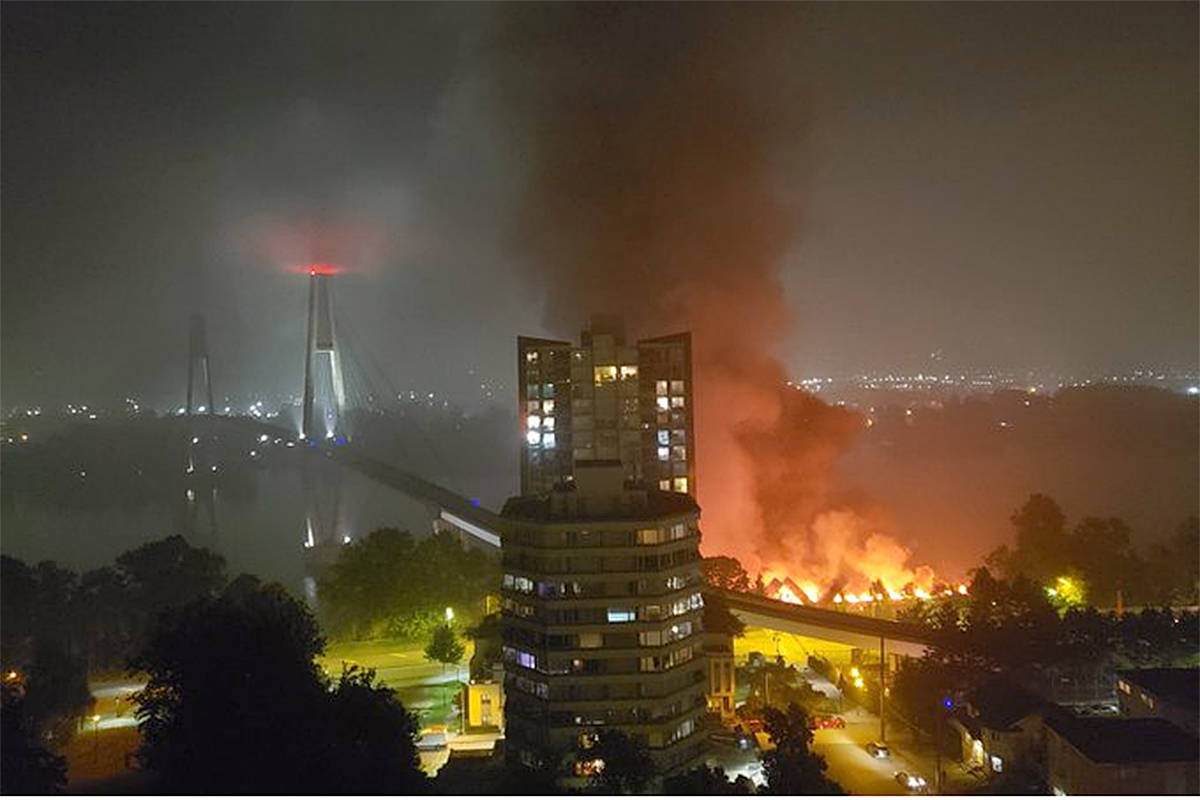 Multiple fire departments from across the region responded to the blaze, which appears to have started at the timber wharf section of Pier Park, right along the Fraser River, around 7 p.m.

According to New Westminster Mayor Jonathan Cote, the cause of the fire is still unknown but it appears no one was injured.

“The fire is still going at Pier Park, but it is now fully contained to the old pier section. The fire could last a few days and will not be able to be put out until they remove the deck,” Cote tweeted Monday morning.

Cote said the old pier portion of the park will not be salvageable and the big “W” art piece will need to come down.

The City of New Westminster said that with the mix of smoke from the fire and wildfires in the U.S. blanketing area, residents should stay in doors as much as possible. Front Street and its nearby parkade remain closed and people are asked to avoid the area.

The fire at the timber wharf section of WPP is contained but continues to burn. The cause of the fire remains unknown. Due to the poor air quality caused by smoke from this fire & US wildfires, the public is advised to stay indoors. The Parkade & Front St remain closed. #NewWest pic.twitter.com/VQBuLKZ1xC

Canada Post to suspend delivery to parts of southern, central B.C. due to wildfire smoke