Alder Grove Heritage Society (AGHS) began its fight to preserve the historic Firehall No. 3 just under six months ago, when the threat of Langley Township demolition plans first came to their attention.

As a result of AGHS campaigning, Township council put forth a motion Monday to add the two-storey structure at 2900 272nd St. to the Township’s Community Heritage Registry.

“Simply registering the building as a heritage asset means it can be demolished still,” Councillor Eric Woodward said during the council’s evening meeting.

“If the goal is to preserve it and not build a road through it, it would need subsequent direction,” Woodward elaborated.

The Township first purchased the hall in June 2018 as part of the re-development of the former Aldergrove Community Arena site for a seniors housing complex by the Burnaby-based Willingdon Care Centre.

RELATED: Heritage proposal for Aldergrove firehall ‘at a standstill’

A circulating memo suggested the firehall was to be demolished to make room for a connector road adjoining 29th Avenue and 273rd Street.

AGHS secretary Michael Pratt and member Michelle Bridges confronted council during a January meeting, requesting public consultation take place before a final decision was made on the property.

Following their delegation, council motioned for third-party appraisers to estimate the standing value of the firehall, which was first built in 1958 through largely donated goods and services from the community.

The appraisal report by Donald Luxton & Associates, was put forth by council at their evening meeting Monday, recommending the building be added to the Township’s heritage register.

Constructed to serve the Aldergrove community, the building “is valued as part of a pattern of volunteer fire departments… collaborating to have purpose-built firehall buildings constructed during the 1950s and 1960s,” the report reads.

Though AGHS is pleased with the result, president Tami Quiring admits “there is still much work to be done.”

“The society and we hope our community at large will continue to work towards permanently preserving the building as homage to those who were not only volunteer firefighters, but also as the builders of this hall and the community it served,” Quiring told the Aldergrove Star.

This will require a subsequent Township council meeting and vote, which will be “left for the future,” words during the Monday night meeting revealed.

“As many of us remember Aldergrove Elementary school was on the Community Heritage Register and it met with a destructive end – disappointing many local residents, myself included,” Quiring emphasized.

The long-standing elementary was levelled in December 2015 to make room for the new Aldergrove Credit Union Community Centre facilities.

AGHS has continued to propose a Community Archive Museum in the hall. Additionally, the AGHS hopes to see in the space include a small coffee shop, local gift shop and community meeting space, Quiring said.

The firehall is currently home to its former owners, the Robinsons.

The married couple first upgraded the hall into a commercial space for Milsean Shoppe coffee and confectioneries in 2002.

Their restoration work on the former firehouse won the Robinsons a special heritage conservation award from the Langley Heritage Society. 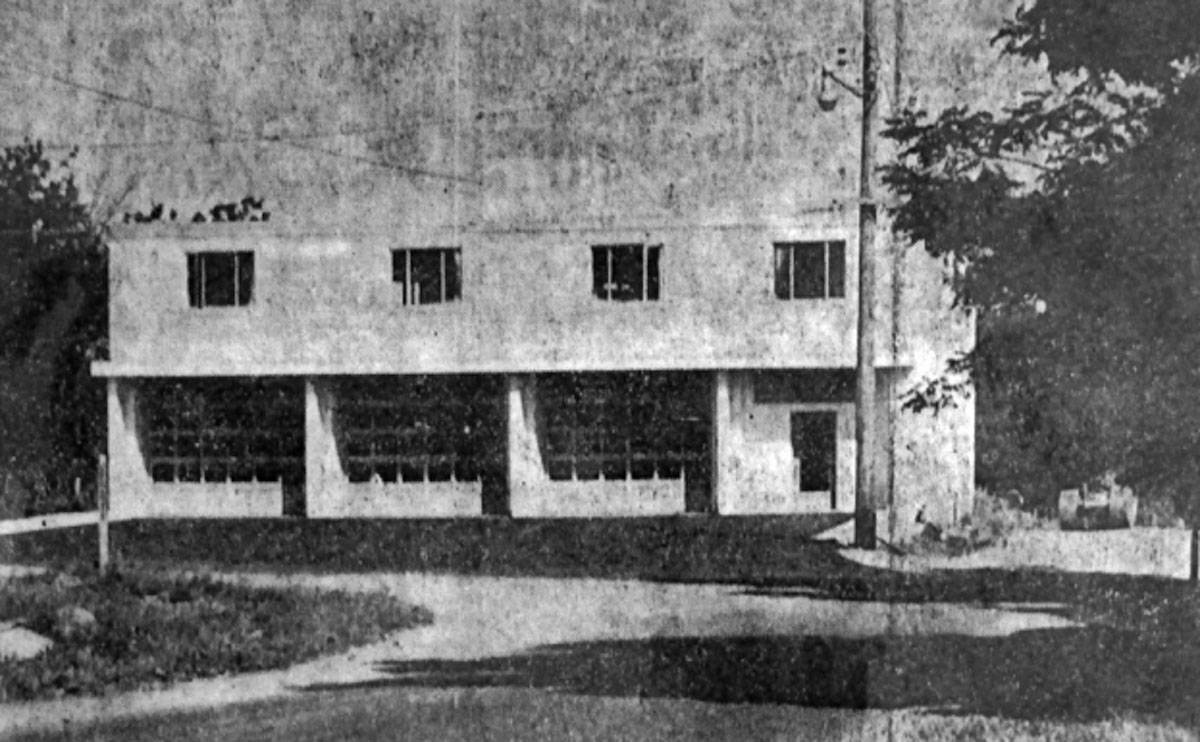 The firehall, built in 1958, was a collaborative effort of the Aldergrove community for volunteer firefighters.