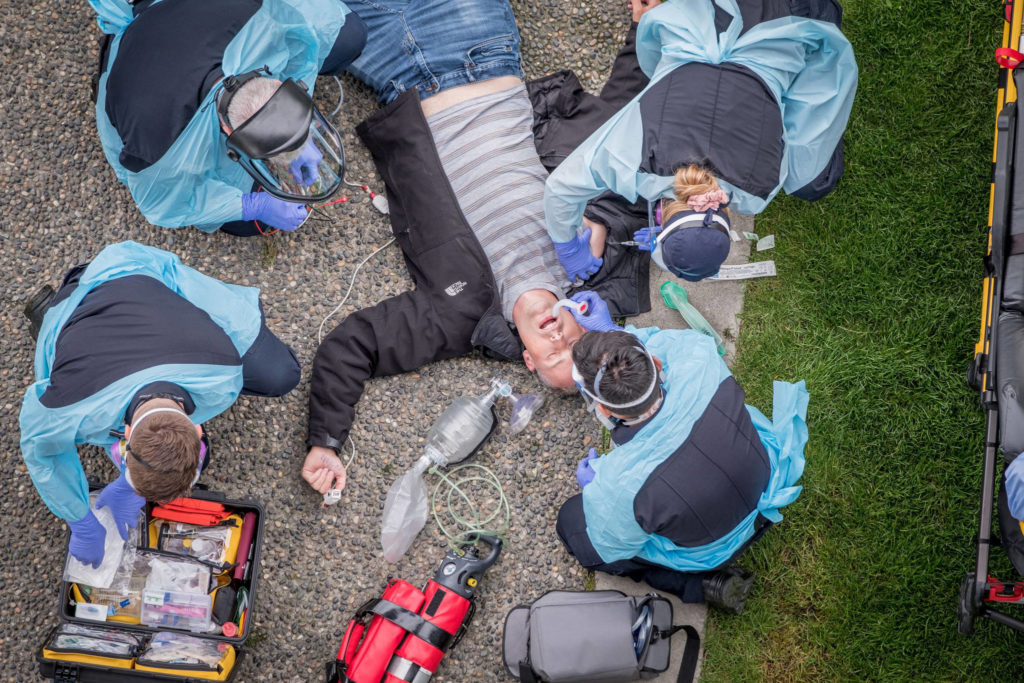 Overdose fatalities continued to rise throughout B.C., in the first two months of 2021 (BCEHS photo illustration)

Five people have died from drug overdoses in Langley so far this year, according to figures released by the British Columbia Coroners Service for January and February.

In the past, that would represent an entire year for Langley, which used to report average annual overdose deaths of between five and 10.

Last year, overdose deaths hit an all-time high in Langley, with 39 reported for all of 2020.

The previous worst year for drug deaths in Langley was 2017, when fentanyl and other powerful opioid additives in illicit drugs killed 36 people.

B.C. wide, the number of cases spiked in February, with 155 suspected illicit drug toxicity deaths, the largest ever recorded for the month and an increase of 107 per cent over February 2020.

It is the 11th consecutive month in which the province has recorded more than 100 lives lost.

Most, 71.4 per cent, happened in private residences.

Lisa Lapointe, B.C.’s chief coroner said the new stats “highlights the ongoing critical risk to public health and safety from the illicit drug market. The continued tragic and unprecedented rate of death in B.C. highlights the urgent need for a multi-faceted, evidence-based and accessible system of care for those experiencing problematic substance use.”

Increased variability and toxicity in the drug supply continues to significantly contribute to the overall number of suspected deaths. Carfentanil, a more lethal analogue of fentanyl, was detected in 18 of the 155 deaths.

“This data emphasizes the alarming increase in the toxicity of the illicit drug supply throughout B.C.,” Lapointe said.

Sheila Malcolmson, minister of mental health and addictions, called it a “heartbreaking loss.”

“We know people are hurting now, and we must do more to stop this terrible surge in overdose deaths,” Malcolmson said.

“Stigma and criminalization are driving people to use alone, and the pandemic is pushing people further into isolation. The illicit drug supply chain is dramatically more toxic and, tragically, more lethal. The effects of two public health emergencies have taken an immense toll.”

Meet the B.C. man seeking to destroy those giant hornets