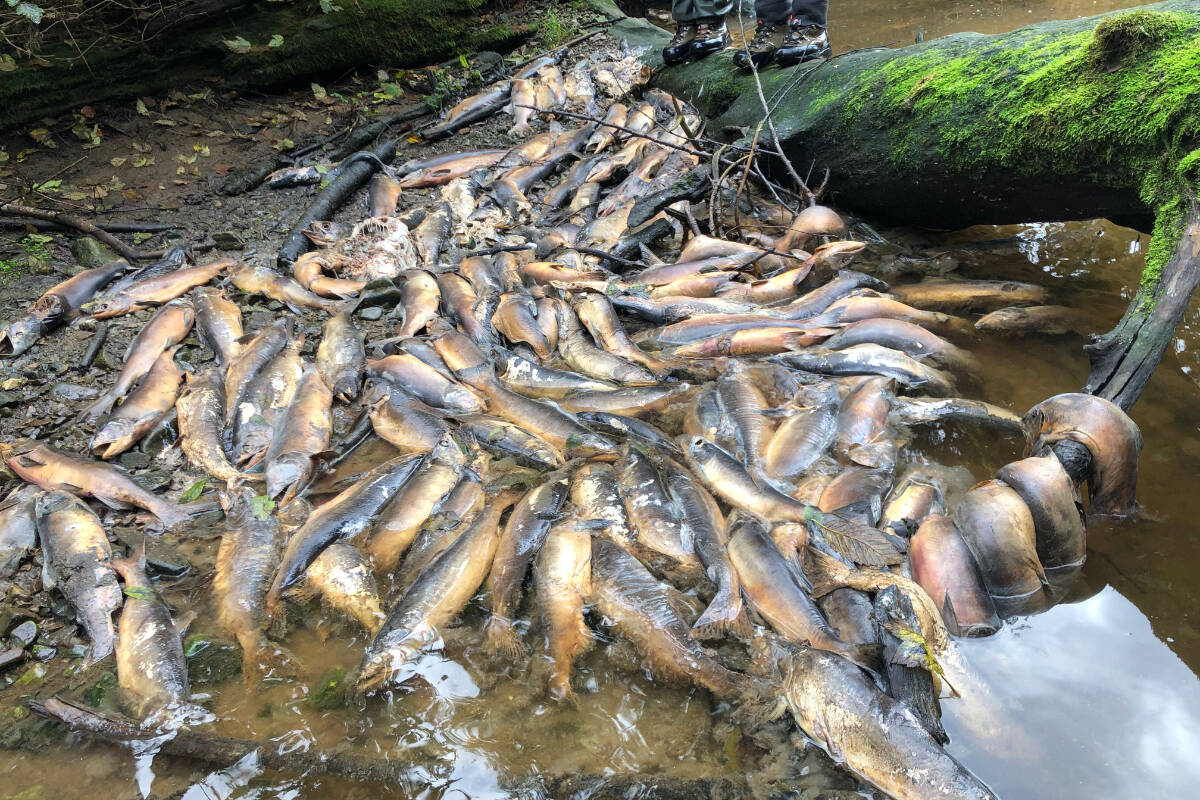 The Heiltsuk Nation have witnessed that salmon are dying by the 1,000s in the Neekas River on the mainland 20 kilometres north of Bella Bella. (Sarah Mund photo) 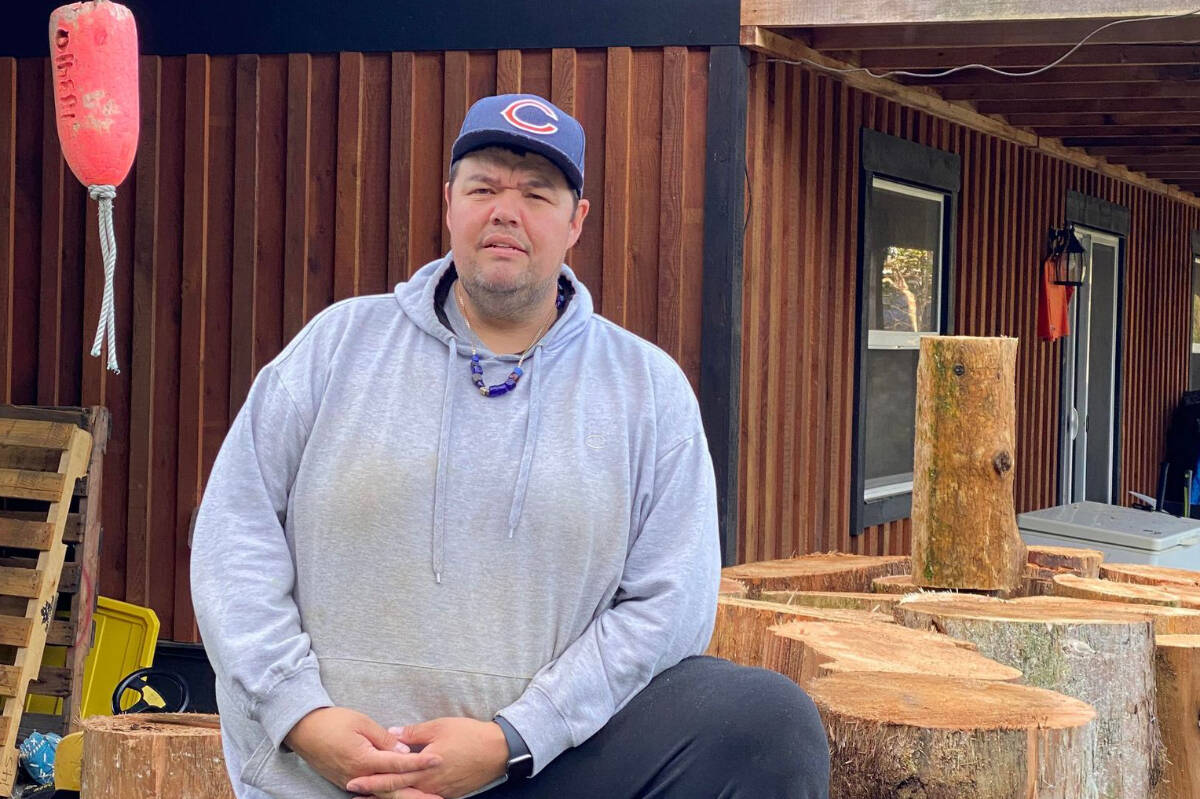 A fisheries official on B.C.’s central coast said he and his staff have never seen salmon dying before spawning in the magnitude they are right now.

Interviewed from Bella Bella, where he was born and raised, Housty said the Neekas River has dried out, something he has never witnessed before.

Extensive monitoring programs take place routinely on all the salmon-bearing water ways in the territory. In 2022, those waterways are at all-time lows for water and the water table.

“It is amazing and heart-wrenching to see where things have come to so quickly.”

Leading up to October Housty said everyone was excited because, by ‘modern-day’ standards, there was a pretty good run of pink and chum salmon in the Neekas. Now most of them are washed up dead.

Housty heads the integrated resource management department for the nation and has been working there since 2010. Returns have not been good all around, he added.

“Not just in the Heiltsuk territory. You look at the central coast, north coast, the numbers continue on a downward trend. Although we do see some positive signs and some individual watersheds, the collective is on a steady decline.”

The problem of not enough water in the rivers is something afflicting the B.C. coast with the weather this autumn.

“We didn’t see a lot of rain from the middle of August, all of September, and into now. Normally this time of year we are knee-deep into the rainy season and don’t see the sun until April and May.”

Housty described it as ‘flabbergasting’ that it is Oct. 5 and he is wondering when it is going to start raining.

Data collection will continue for all the creeks and the systems until at least the end of October and then Housty said they will have a more complete picture of what is happening.

“We will compile our observations, Fisheries and Oceans is included in that work. We will be able to have discussions with them about what is happening.”

The large amount of deceased fish is the ‘writing on the wall,’ he added.

“Our creekwalkers have noticed all of the creeks are extremely dry. The die-off at Neekas is certainly the worst case, I don’t think every creek is as bad as Neekas, but one thing that has been consistent over all is that all of the creeks are so dry that any salmon that were in them are now dead and any salmon that did spawn are high and dry and their eggs are not going to survive.”

Salmon that are left staging in the ocean are getting close to the end of their lives and ready to spawn.

“They don’t have the water to get in and do their job. It’s a really sad situation right now.”