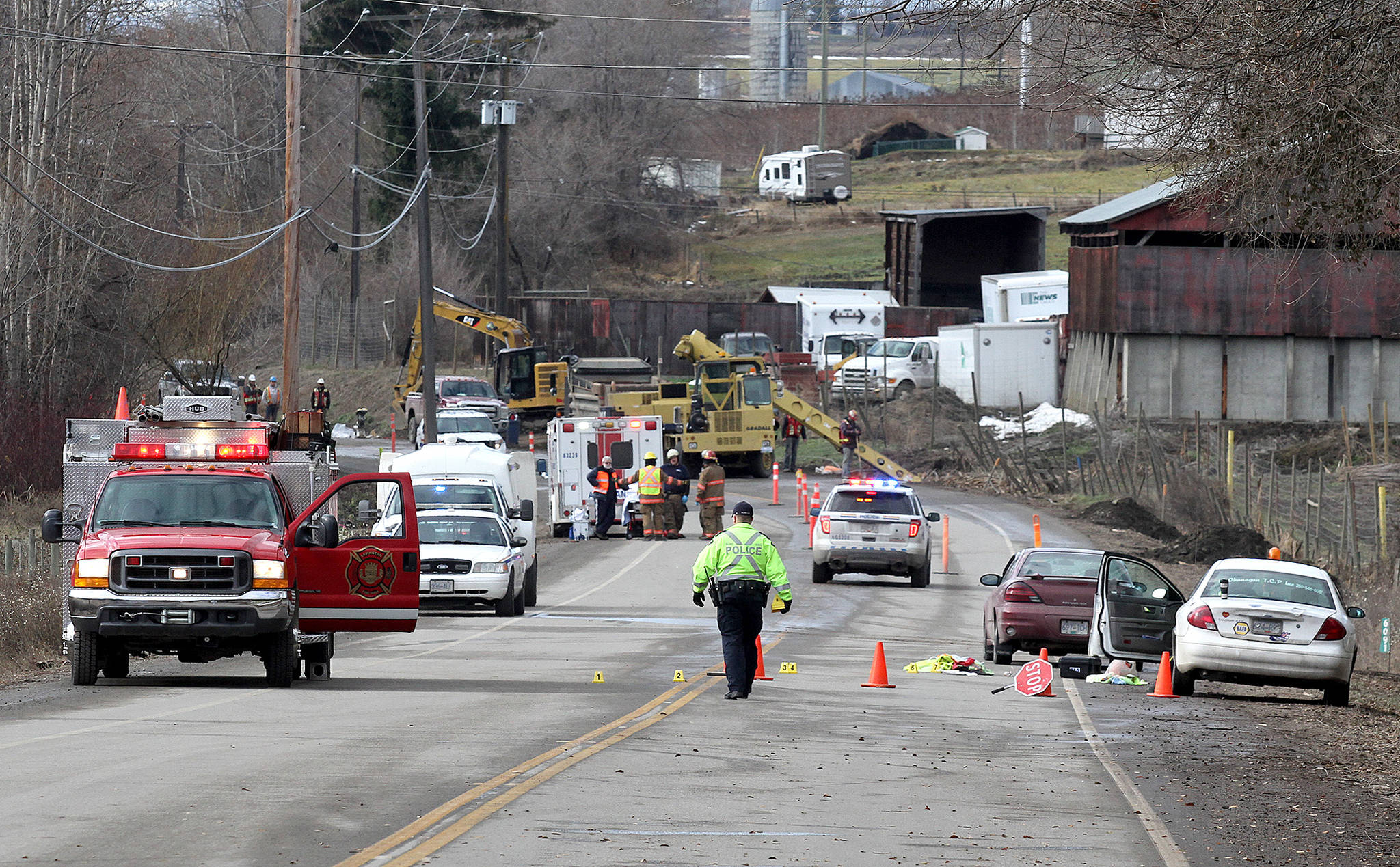 A flag person was struck by a vehicle on Highway 6 in Lavington Friday morning, closing the highway for five hours. The victim was taken by air ambulance to Kelowna General Hospital. (Lisa VanderVelde/Morning Star)

A traffic control personnel has died following a long battle in hospital after being struck by a vehicle nearly three weeks ago.

The 66-year-old women from Enderby was hit Nov. 17 on Highway 6 in Lavington, where she was directing traffic.

The flagger was flown to Kelowna General Hospital by air ambulance.

At the time Cpl. Annie Linteau said police attended a construction zone on Highway 6 in Lavington between School Road and Hill Drive after receiving a report that a traffic control person had been hit by a vehicle.

“Early indications are that a west-bound vehicle approached the construction zone and was apparently stopped by the traffic control person in an area reduced to one-lane of traffic,” said Linteau. “It appears the driver of the vehicle involved was unable to stop in time and hit the traffic-control person.”

“The 75-year-old driver of the vehicle involved is co-operating with the investigation and a number of witnesses have been identified,” said Linteau.

Police are continuing their investigation. 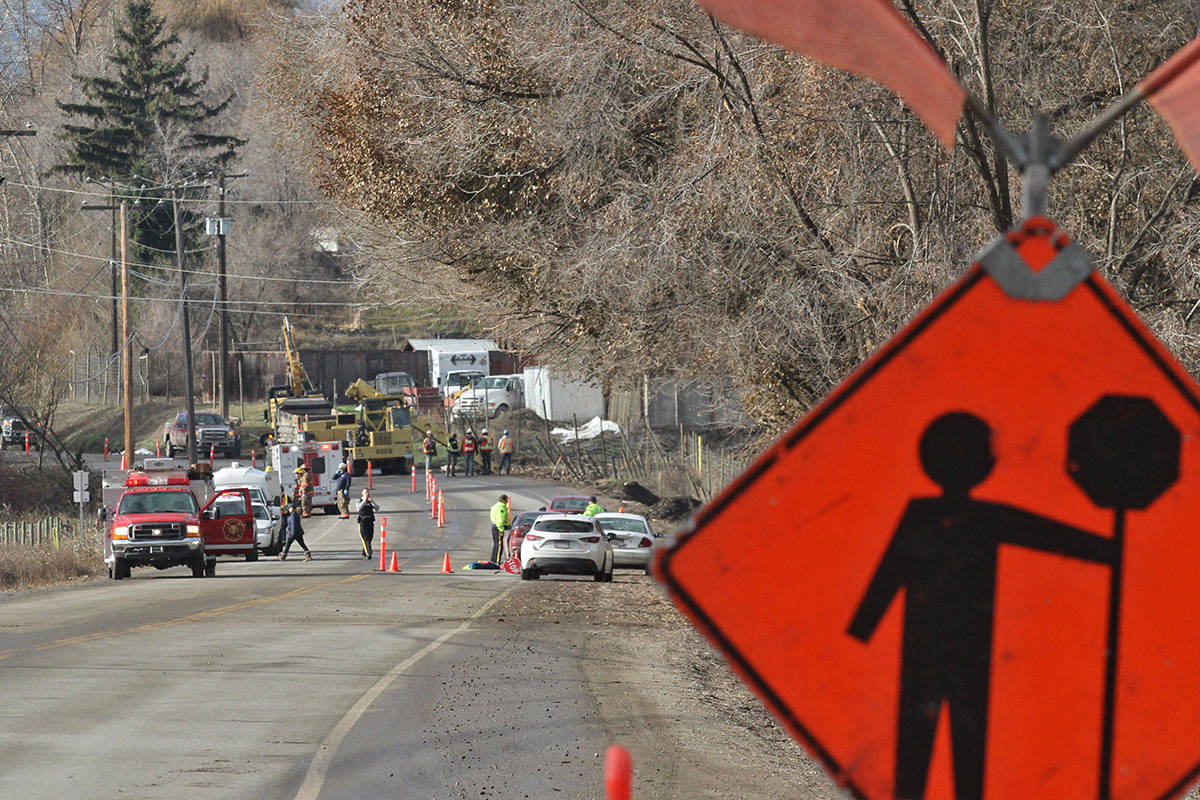 A flag person was struck by a vehicle on Highway 6 in Lavington at 10 am Friday morning. (Lisa VanderVelde/Morning Star)

As pot becomes legal, parallels drawn to the waning days of alcohol prohibition