A dispute between the Langley airport and federal regulators shut down flights from the regional airport Tuesday, Nov. 16, while some pilots were trying to rescue friends and family from weather-ravaged regions of the province.

Michel Lamarsh, a White Rock resident who used to own a helicopter company based at the Langley airport, found out while he was preparing to take off for Kamloops around 1:30 p.m. in his Beech Bonanza to retrieve his daughter, son-in-law, and two grandchildren.

“I was taxiing for departure,” Lamarsh told the Langley Advance Times, when the control tower informed him.

“They told me the runway was closed. They said it was a safety issue. I asked what was the safety problem, and they said they didn’t know.”

Other pilots were trying to make similar mercy flights from Langley that day because weather conditions had cleared, he said.

“I wasn’t the only one,” Lamarsh noted.

“Some were pretty upset.”

In response to a query from the Langley Advance Times, the Township of Langley issued an unsigned statement on Wednesday, Nov. 17.

“YNJ (Langley airport) is actively meeting with both Transport Canada, the regulator, and Nav Canada to resolve this.”

Transport Canada provided only a basic statement on the situation.

Arrivals were permitted on Tuesday in order to allow aircraft that had departed from Langley before the restrictions were implemented to return, the Township added.

It said helicopter flights were unaffected, “as they support the ongoing emergency flooding situation.” 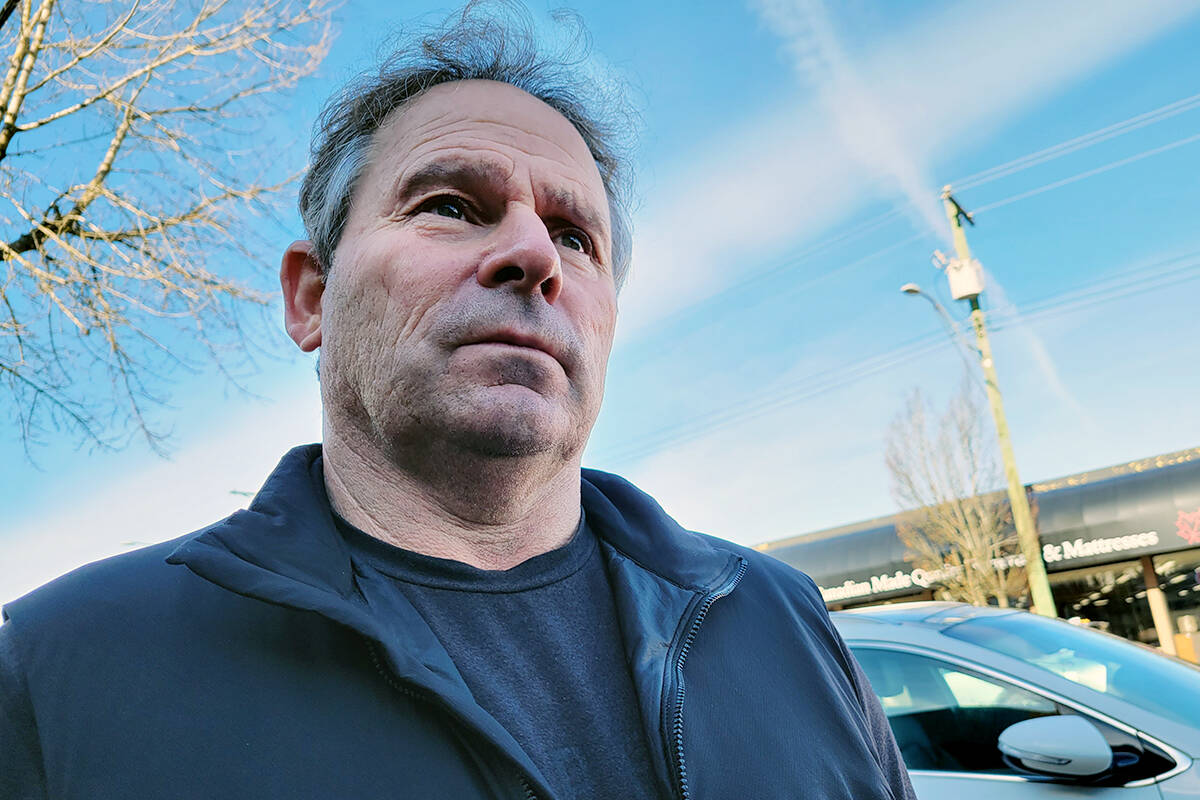 ‘Everybody is choked’ said pilot Mike Mitchell after flights were shut down at Langley airport on Tuesday, Nov 16. (Dan Ferguson/Langley Advance Times)

“The airport was closed during an emergency,” Mitchell fumed.

“It was a very, very poor choice. Everybody’s pretty choked.”

Mitchell said it was common knowledge at the airport that the regulators and airport management were at odds over where pilots should be warming up and checking out their planes before taking off, but not to that extent.

“Never, in my 27 years in aviation, have I seen such a toxic environment,” Mitchell remarked.

Another pilot, who asked not to be named, was planning to rescue a friend from one of the rain-ravaged communities of the Fraser Valley on Tuesday when he learned about the shutdown.

“It’s shocking that a municipality would shut down service when those services are needed,” the pilot commented.

Now, he’s been told the flights to the airport in the community where his friend lives are being restricted.

He thinks he may try flying out at night, after the Langley control tower is closed.

“You’re allowed to fly after the tower shuts down,” he explained.

On Wednesday, pilots said they were advised that flights were being allowed to resume from one of the two runways.

Langley Advance Times has reached out to Nav Canada for comment.