An evacuation alert was issued to residents in the unprotected floodplain areas of Northwest Langley, Glen Valley and Brae and McMillan Island on Tuesday morning.

This was not an evacuation order.

According to the Township of Langley, at 9 a.m. on May 15, the Mission Gauge reached 5.5 metres, prompting the alert to be sent out to give residents time to prepare for a potential evacuation order.

Some trail closures have been put into effect as well. The Marina Park trail in Fort Langley is closed from the viewing deck to the Marina Boat Launch, as well as the Fort to Fort Trail from the Salmon River Pump Station west to the Fort Langley Golf Course. A portion of the Trans Canada Trail is also closed at the trail head entrance on the southwest corner of Allard Crescent and 208 Street.

This is not the first time this area of Langley has been on watch for rising river levels in the spring. Every year, a freshet occurs in May and June when melting snow packs on the mountains run into surrounding rivers.

In 1948, a massive flood surrounded Fort Langley, completely cutting the town off from the rest of Langley for two weeks.

The last time any major flooding occurred in the Township of Langley was in June, 2012, when heavy rain over the Fraser River headwaters led to rising river levels throughout the province.

For live readings of the Fraser River water levels at Mission, click here.

Emergency Info BC has three levels of evacuation states for flooding.

An evacuation order means residents are at risk and must leave the area immediately.

An evacuation alert means residents should be ready to leave on short notice.

An evacuation rescind means the area is safe, and residents can return home. 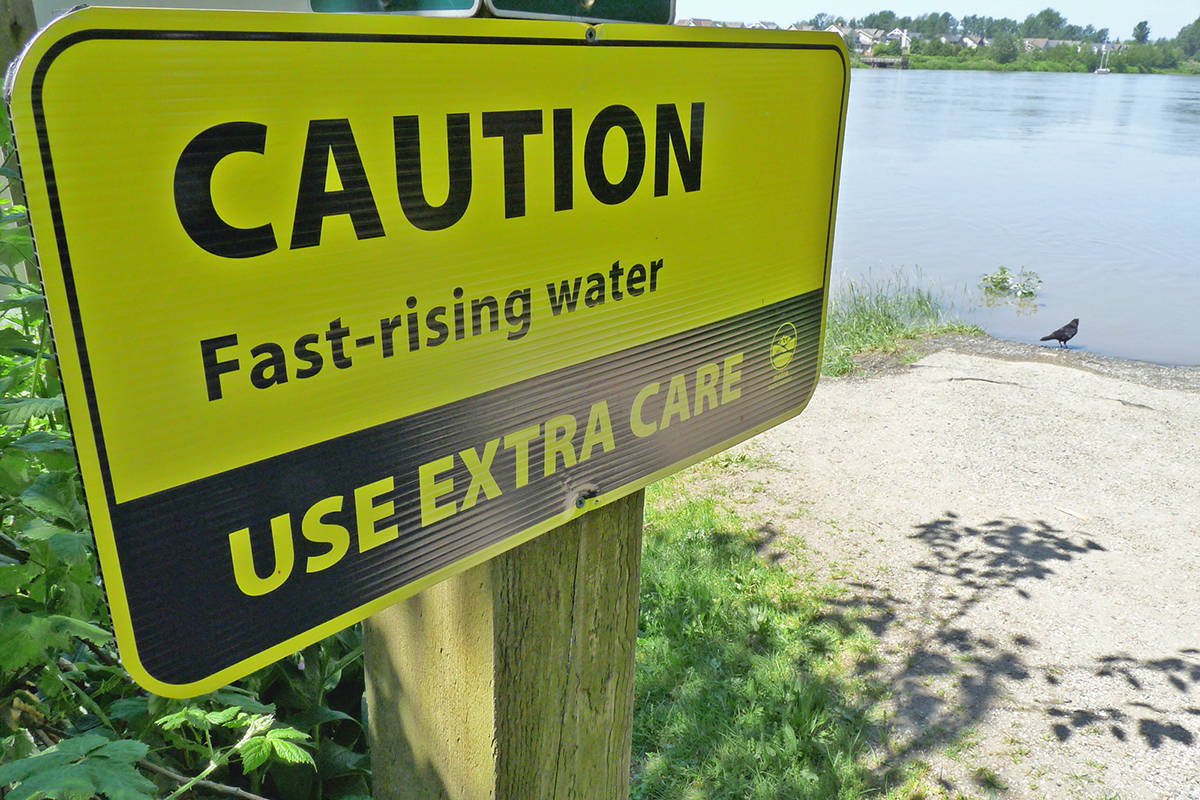 Warning signs were up at the edge of the river. Dan Ferguson Langley Times 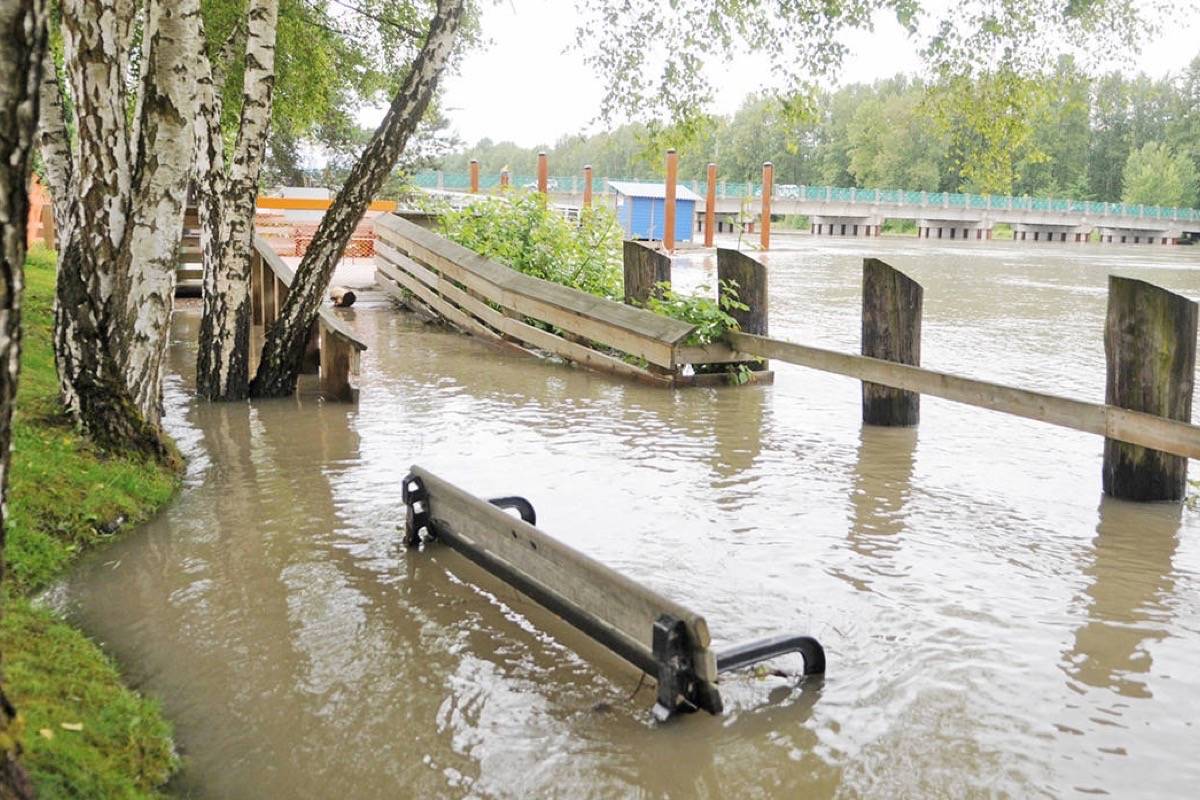 Flooding at Fort Langley’s Marina Park in June, 2012 prompted the Township to close down the walking trail along the river and the boat launch. Langley Times File Photo