On March 7, a Vancouver Island high school student was arrested after a social media post showed them firing a weapon into a small target with the caption, “practising for school.”

Six days earlier in Langley, a letter was sent home from the school district after a threat posted on social media by a student created fear among students and their parents.

The threat — and the rumours that followed — prompted the Langley School District to send a letter to parents asking them to contact the RCMP before taking to social media to discuss any threats they learn about online.

“They often only serve to instill fear and panic,” Gill wrote, urging parents and students to bring concerns directly to police.

There seems to be a sense of heightened awareness locally since the Feb. 14 school shooting in Florida, where 17 people lost their lives, said Langley School District spokesperson Ken Hoff. While Canada is a very different country than the US, with a far different gun culture, what happens there can often generate an emotional response here, he said.

“Anytime there is an incident of that nature, it creates tension for everyone. We are fortunate in Canada that it is not something we often have to deal with, but the tragedy still does make parents nervous and concerned,” he added.

“It’s the contagion effect,” said Langley RCMP Const. Craig van Herk, who investigated the most recent school threat on social media, which he said was blown out of proportion and tied up police resources.

In the end, it was determined that no threat had been made against any school, he said.

Langley School District doesn’t have any plans to change or increase security and safety measures now in place. However, meetings are being held to review what is working and what could be improved upon.

There are no plans to lock front doors at schools or hire security, both common practice in some American cities.

Hoff pointed out that each school currently has a police resource officer.

“Police are on site a lot. Their role is quite different than a general duty officer. They are very much a part of the school community, to act as a safe resource for students, a familiar face and a person of trust,” said Hoff.

“The kids get to know them and there is a relationship there.”

Langley RCMP have recently been dealing with the challenges social media can present for police while they are trying to do their job, said Cpl. Holly Largy.

Langley Mounties met with school principals and district officials on March 7 to discuss the up-tick of incidents that have started as a result of posts on social media.

“The meeting we had was to re-establish our relationship in handling emergencies and threats and to make sure we are on the same page,” said Hoff.

“We work together in things like lockdowns and defer to their (police) expertise, but we also want to look at offering a united front around informing parents and providing substantial working information.”

Police and schools work together using the SAFE (School Action For Emergency) program.

A lockdown occurs when a threat results in students and staff being held inside the school, with no one allowed to enter or leave the building.

Often during a lockdown prompted by a perceived threat, students inside the school will text family and friends, and post to social media in real time.

But the information can be exaggerated and incorrect, or, like the telephone game, gets misconstrued as it is filtered from person to person, said police.

Now, with the immediacy of social media, police have to filter through conjecture and rumour while trying to locate the actual threat, if any exists.

“During a lockdown we expect to have significant parent concerns.

“Part of our actual Safe Schools response addresses a physical location for parents who attend to go (away from the scene),” said Largy.

“There are protocols in place to get necessary information out, but safety (is prioritized) over convenience, and need to know versus nice to know.”

In November 2017, a code red lockdown (immediate and imminent threat to school) at Brookswood Secondary caused panic when police were told a person had been seen carrying a gun in a field near the school.

Armed with that information, police arrived in full force at the school, including officers with high powered assault rifles.

“At this point in time, there is no evidence to indicate an armed individual entered the school and there have been no reports of injuries or violent acts,” said Langley RCMP Supt. Murray Power on the day of the lockdown.

In May 2017, a code red lock down at H.D. Stafford Middle School prompted a heavy police response after a teen who didn’t attend the school made a general threat towards Stafford.

It’s situations like this that RCMP and the school district are studying to determine what worked and what can be improved upon.

Each situation has to be treated as serious until proven otherwise, said police.

For the most part, Langley parents have been supportive of the RCMP’s response to these threats, or perceived threats.

Police said they are well trained on how to react, but they are mindful of parents’ concerns for their children, Largy said.

“We are doing our best to clear any threats as safely and efficiently as possible,” said police.

“Those in direct threat (are attended to) first, (while) communicating with others away from the threat when we can. We will get information out as soon as we can.

Calling and asking will not speed the process up.

“Trust us, trust our training and please don’t add fuel by posting on social media until after.

“If it’s an actual threat, the least amount of information the ‘threat’ has access to the better.

“You never know when the info in your post will actually put those in the lockdown at risk.” 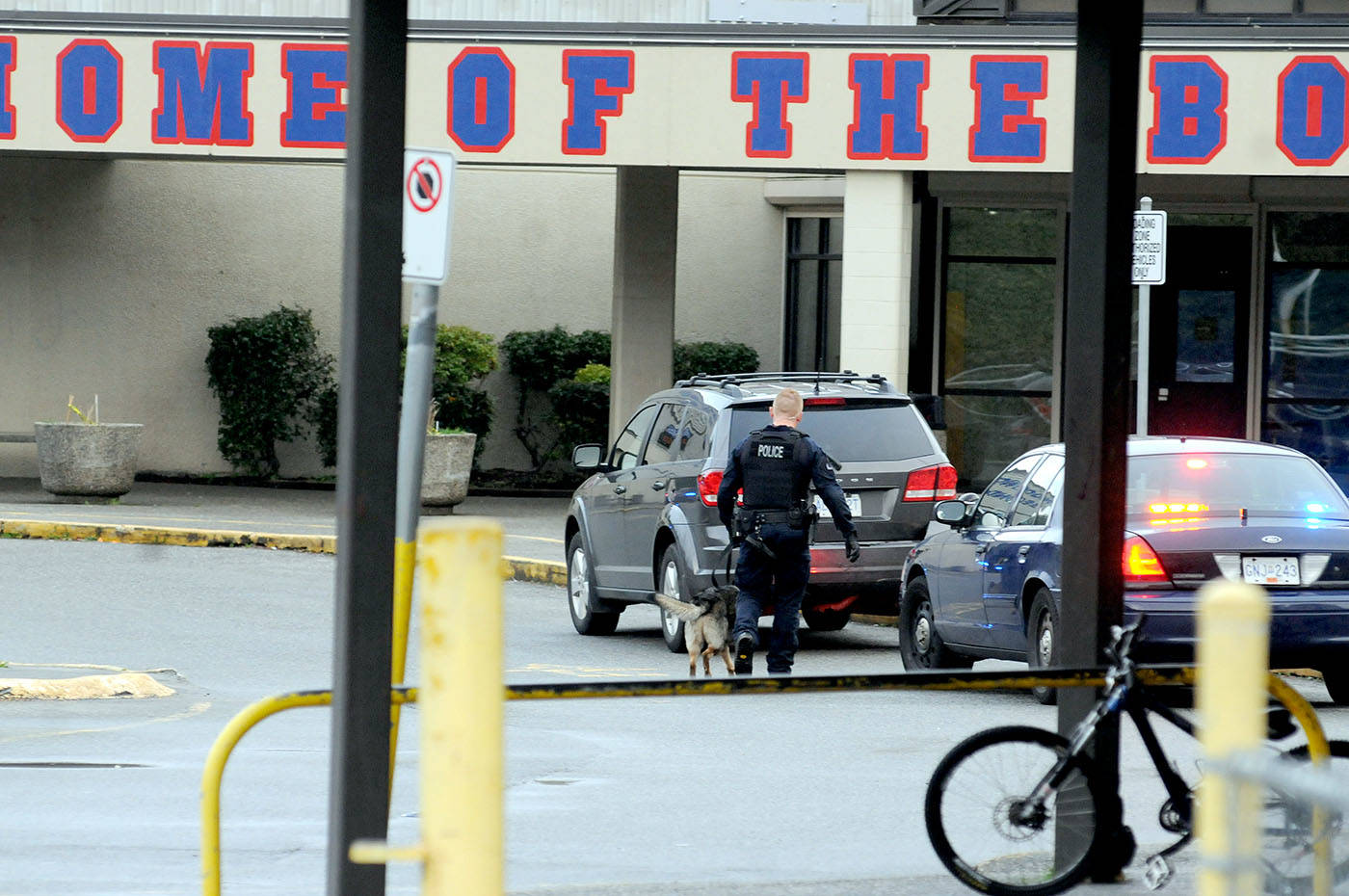