Citizenship Judge Gerald Pash led 50 people from 33 countries through the oath of citizenship, the final step to becoming a Canadian.

The new Canadians were accompanied by friends and family who snapped photos and took video on their phones of the big moment.

After applause – and cake – the new citizens headed out to join the large crowds celebrating inside the Fort Langley National Historic Site and beyond.

The biggest events in the Fort were taking place around the Langley Centennial Museum and the B.C. Farm Museum.

Stilt walkers, clowns, a petting zoo, live entertainment including dancers and musicians, and a fast draw shooting demonstration were held along with old-time traditional events like potato sack races. 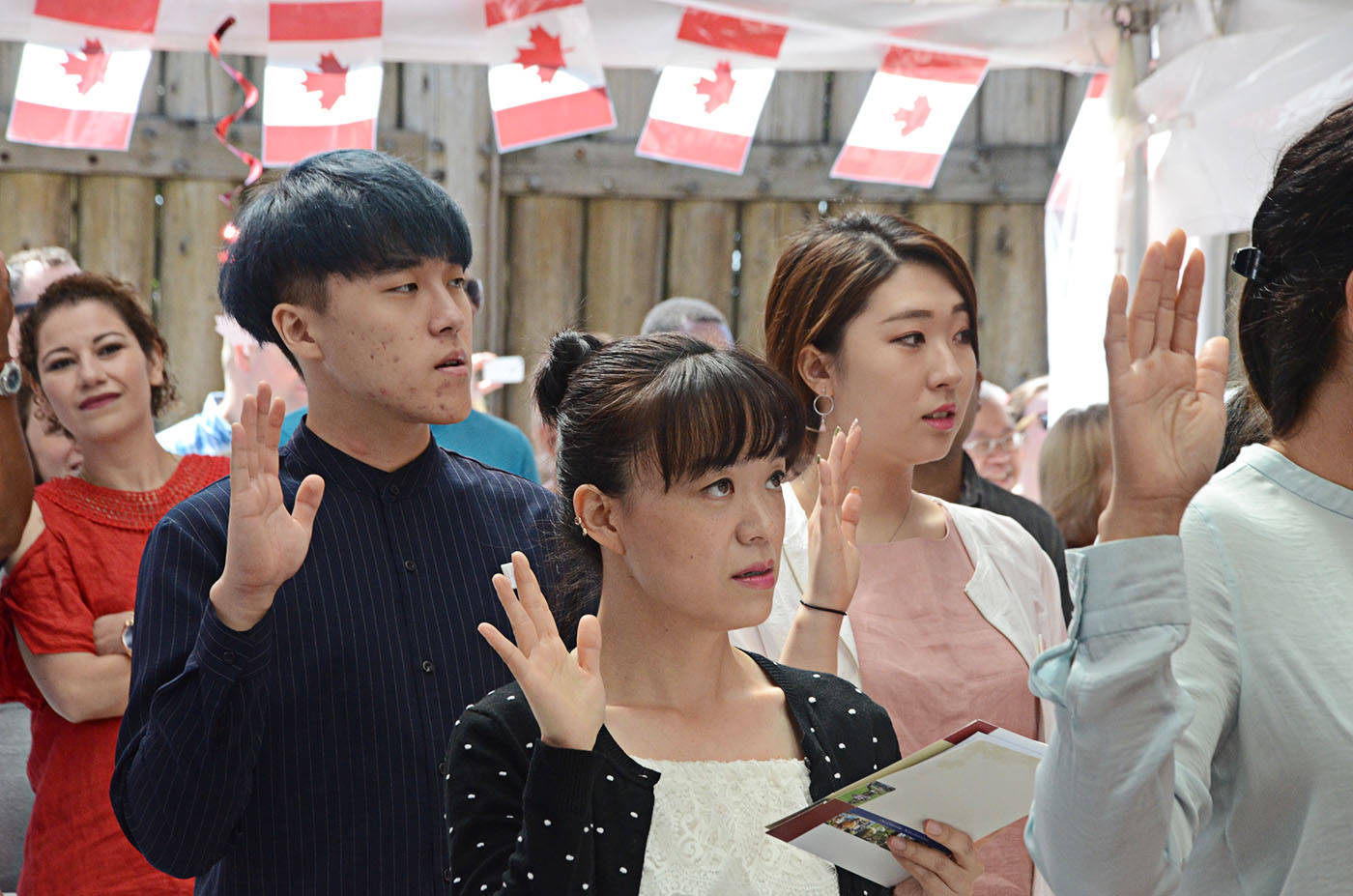 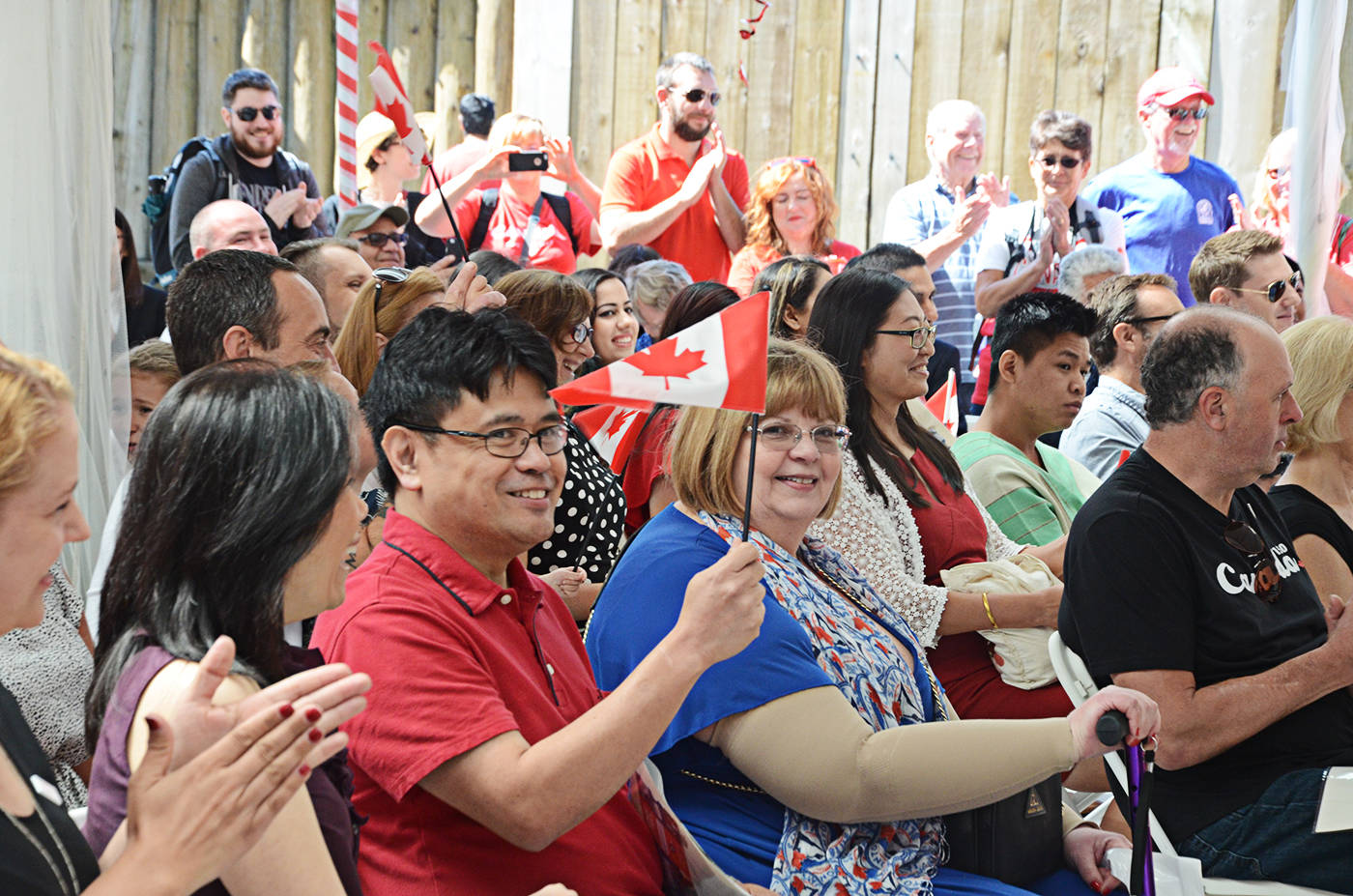 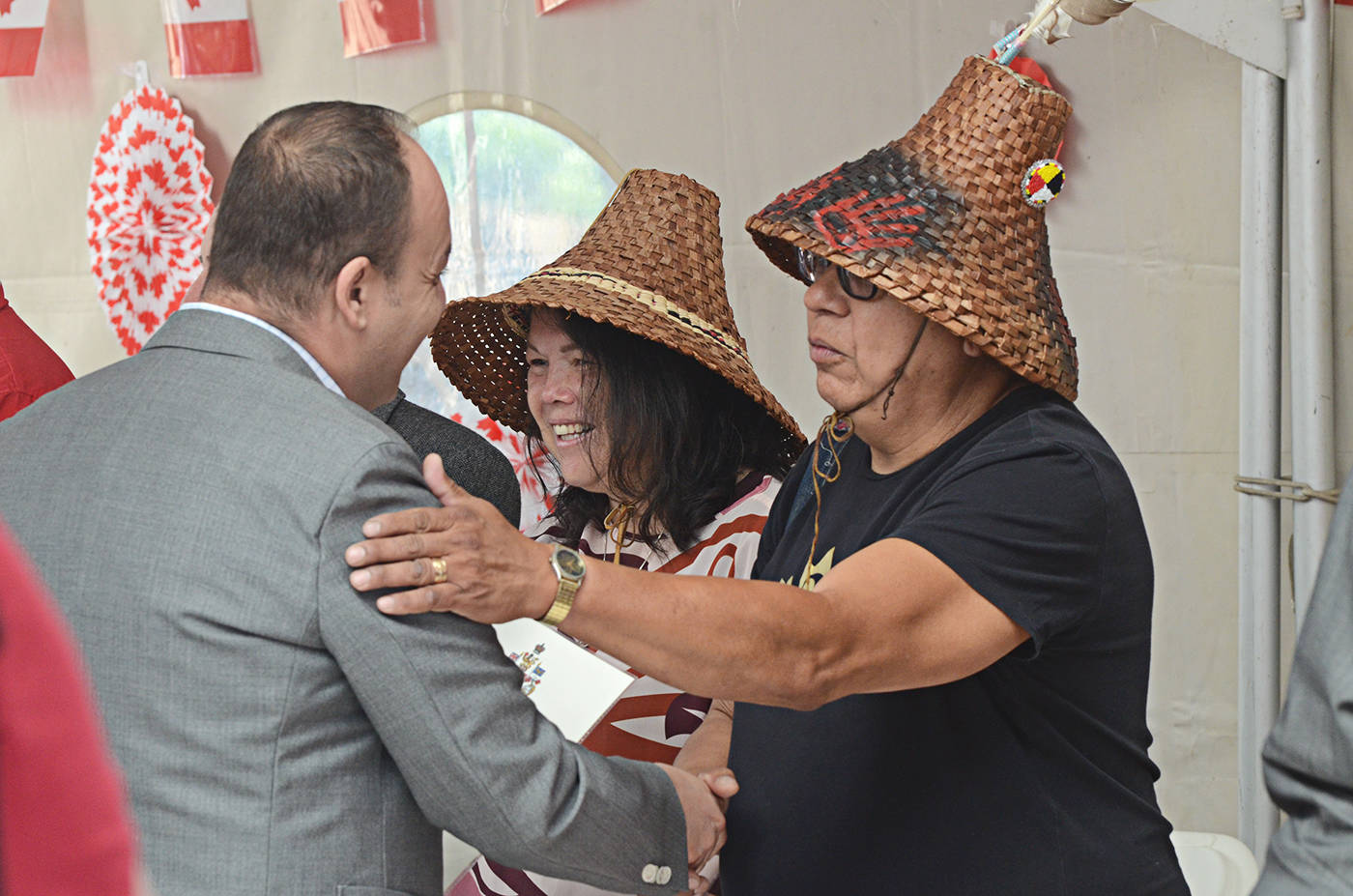 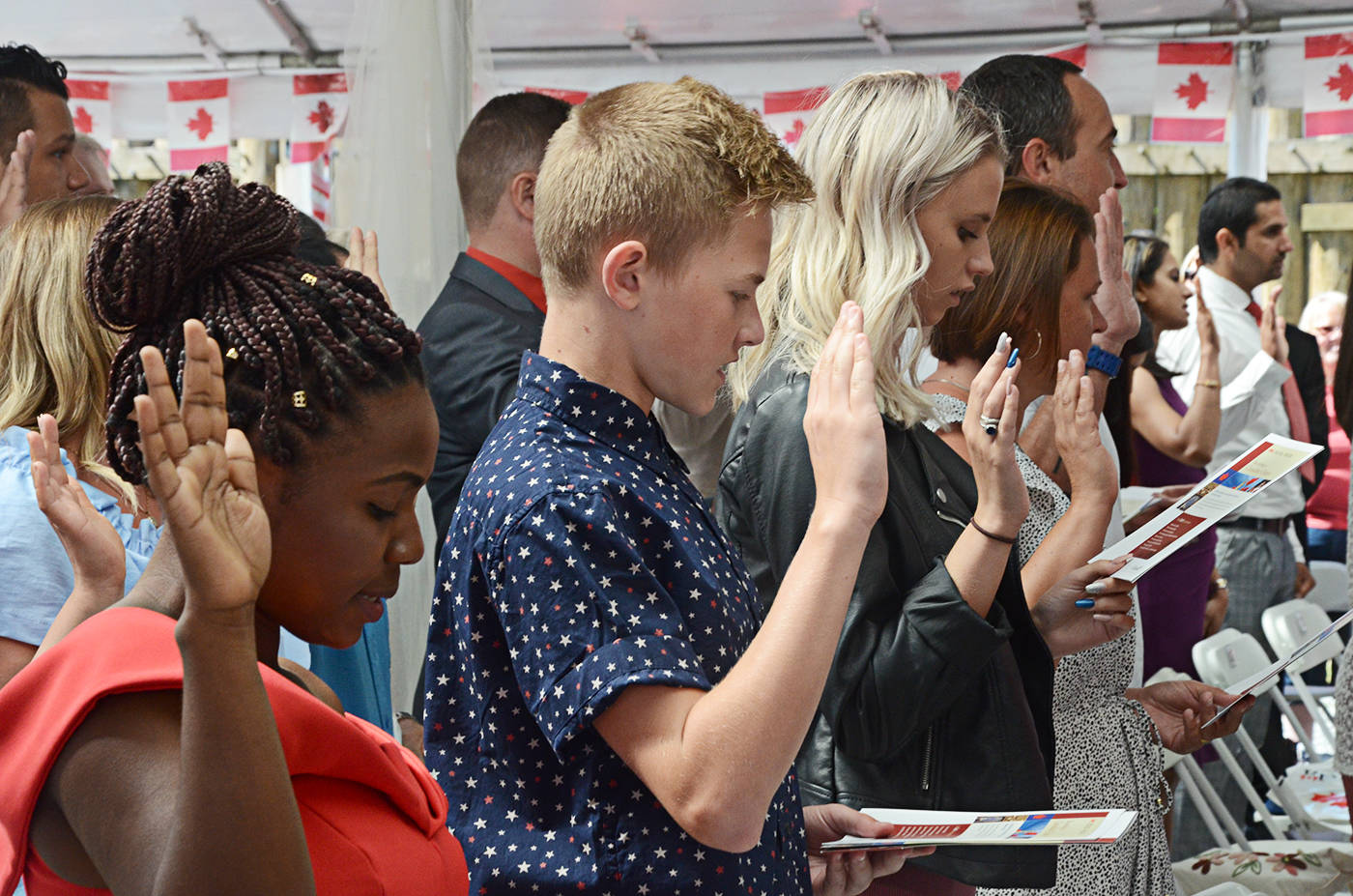 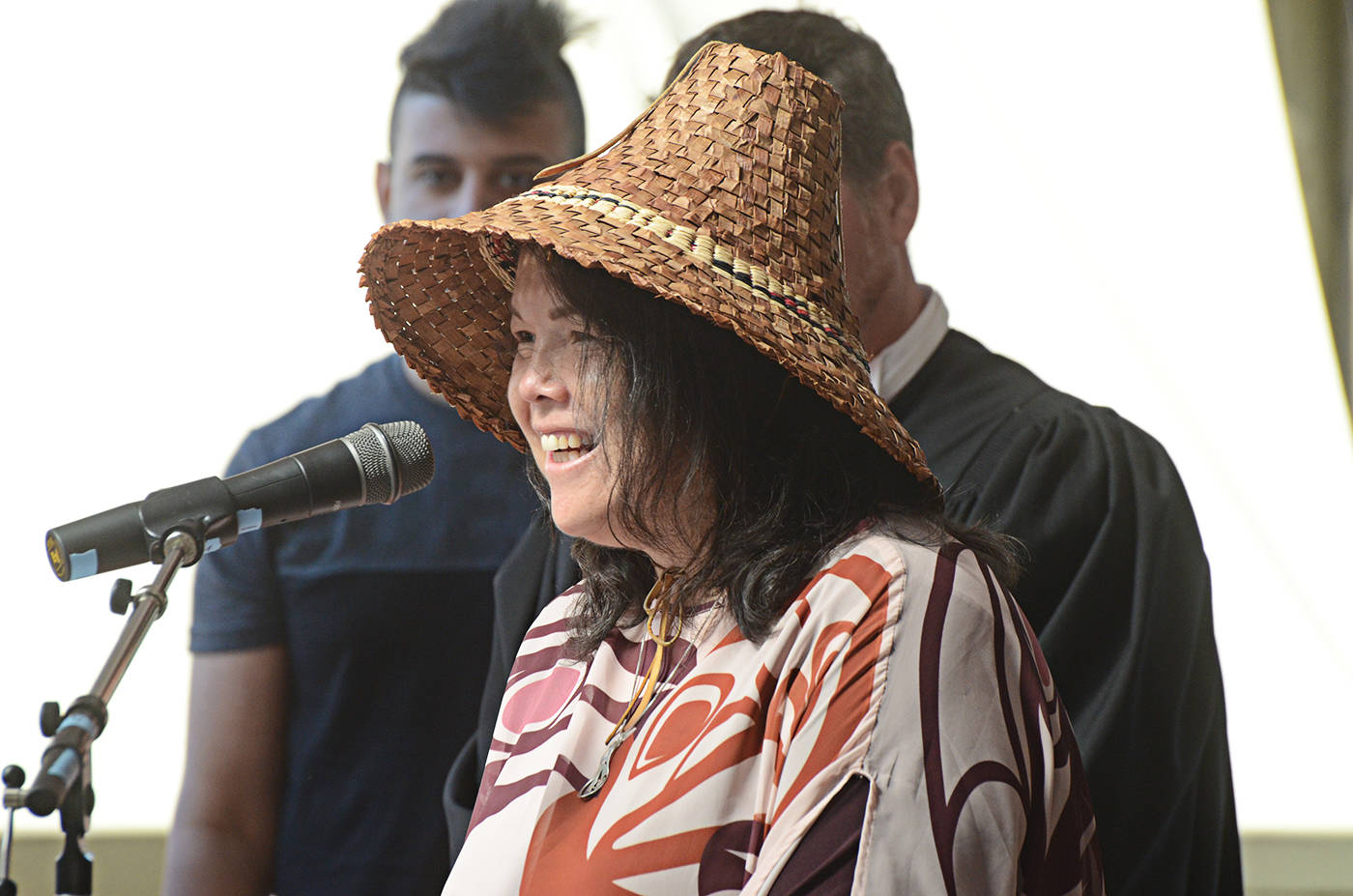 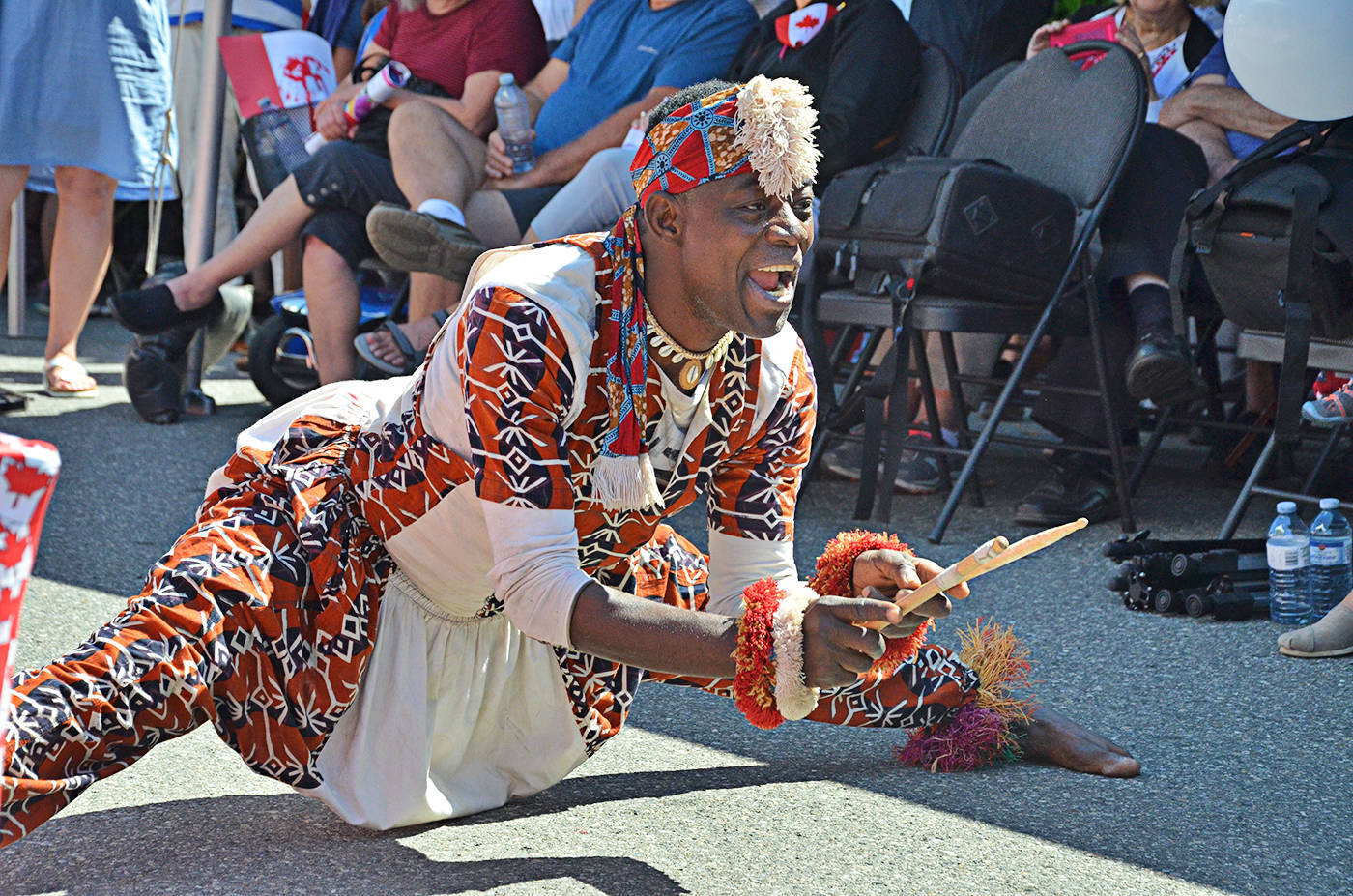 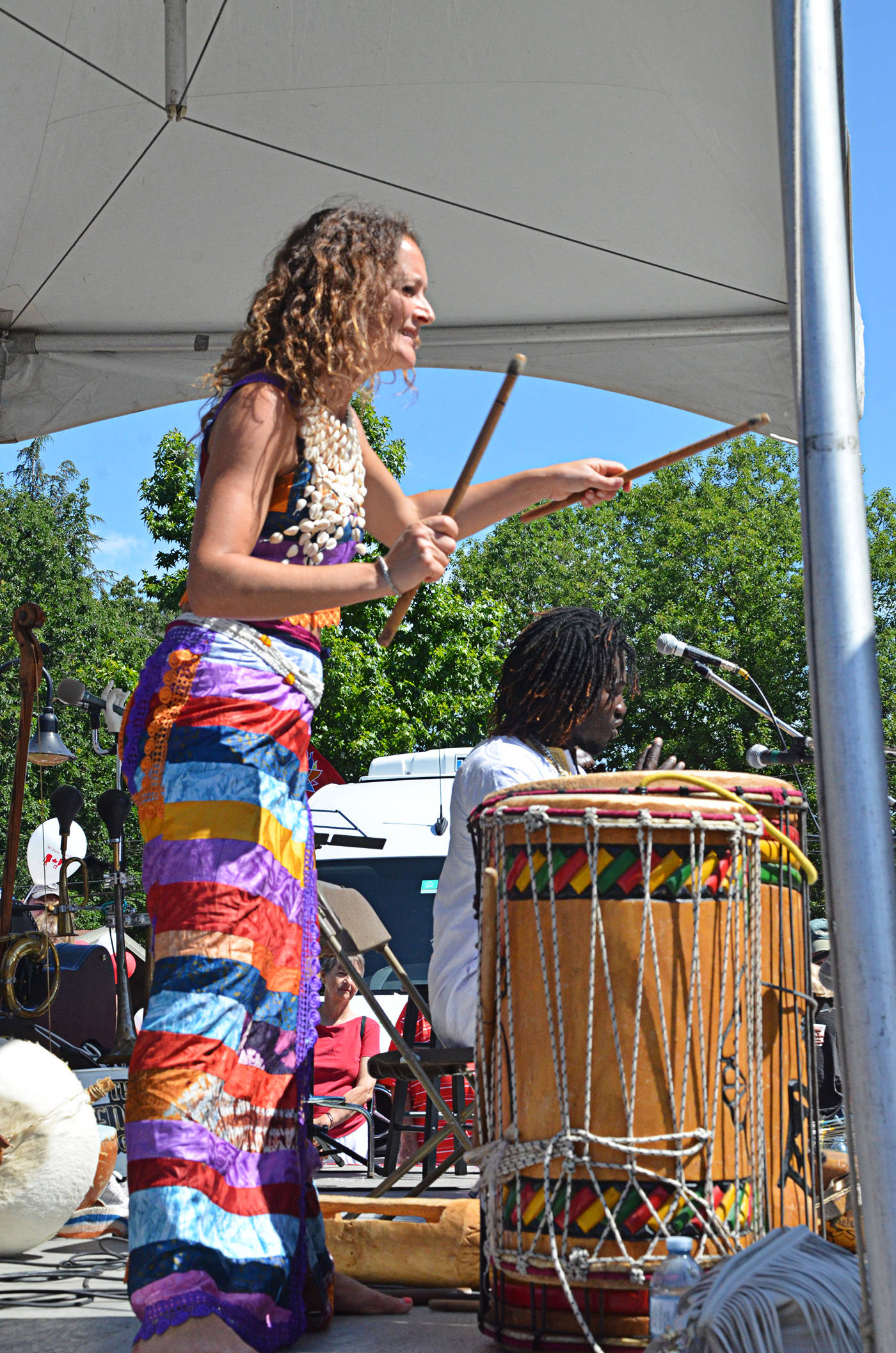 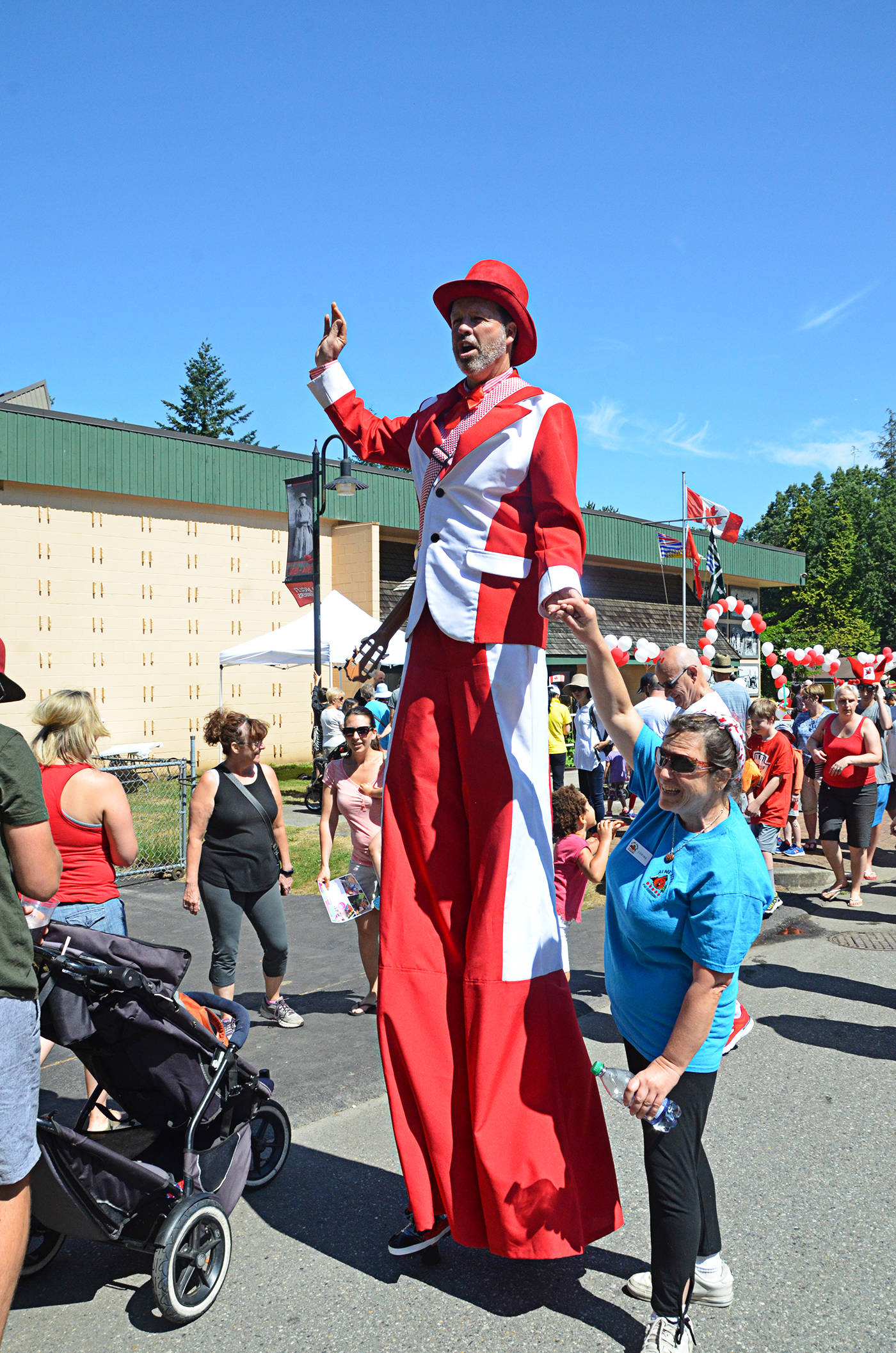 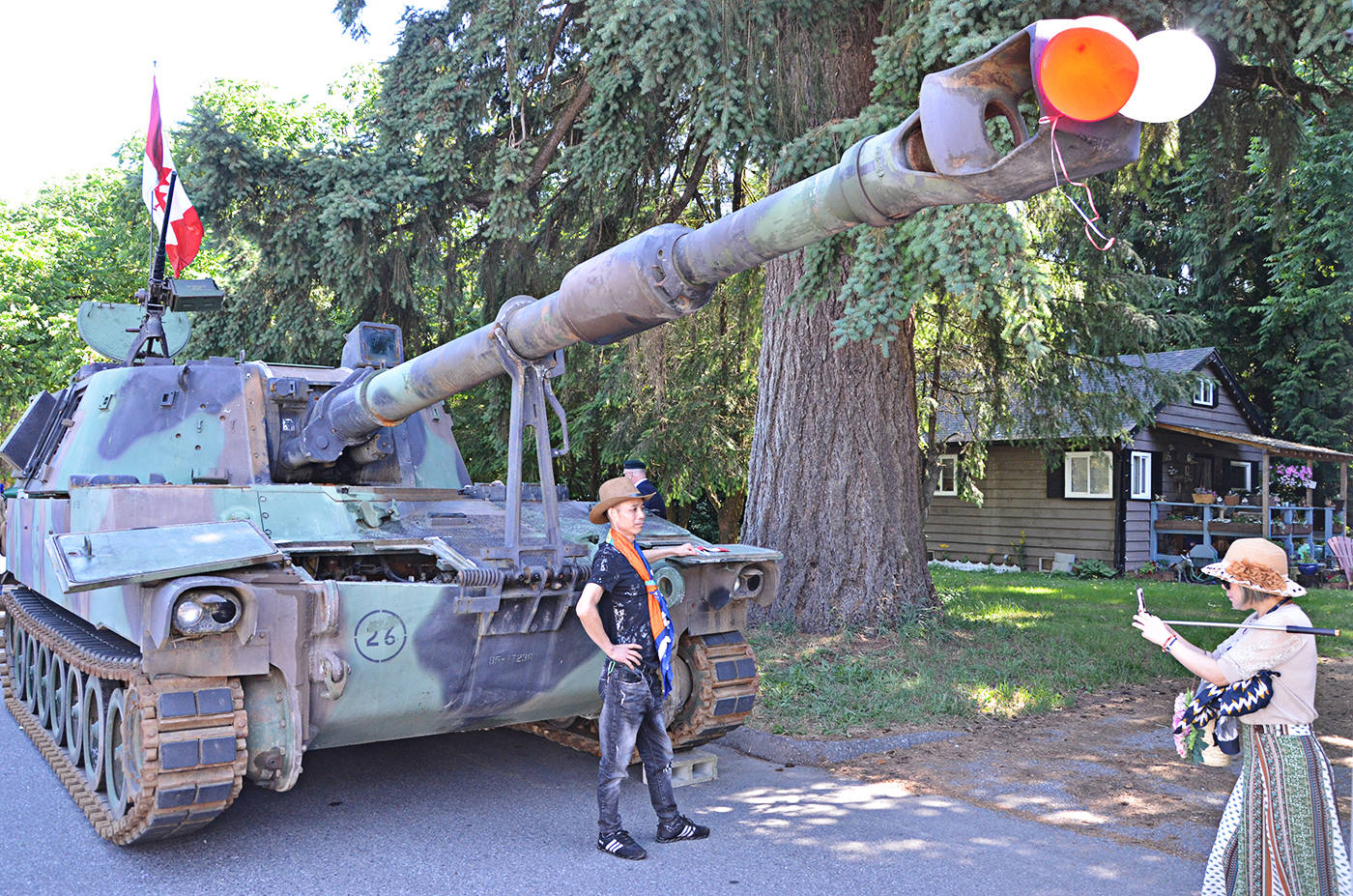 Everyone wanted to get their photo taken next to the artillery piece. (Matthew Claxton/Langley Advance) 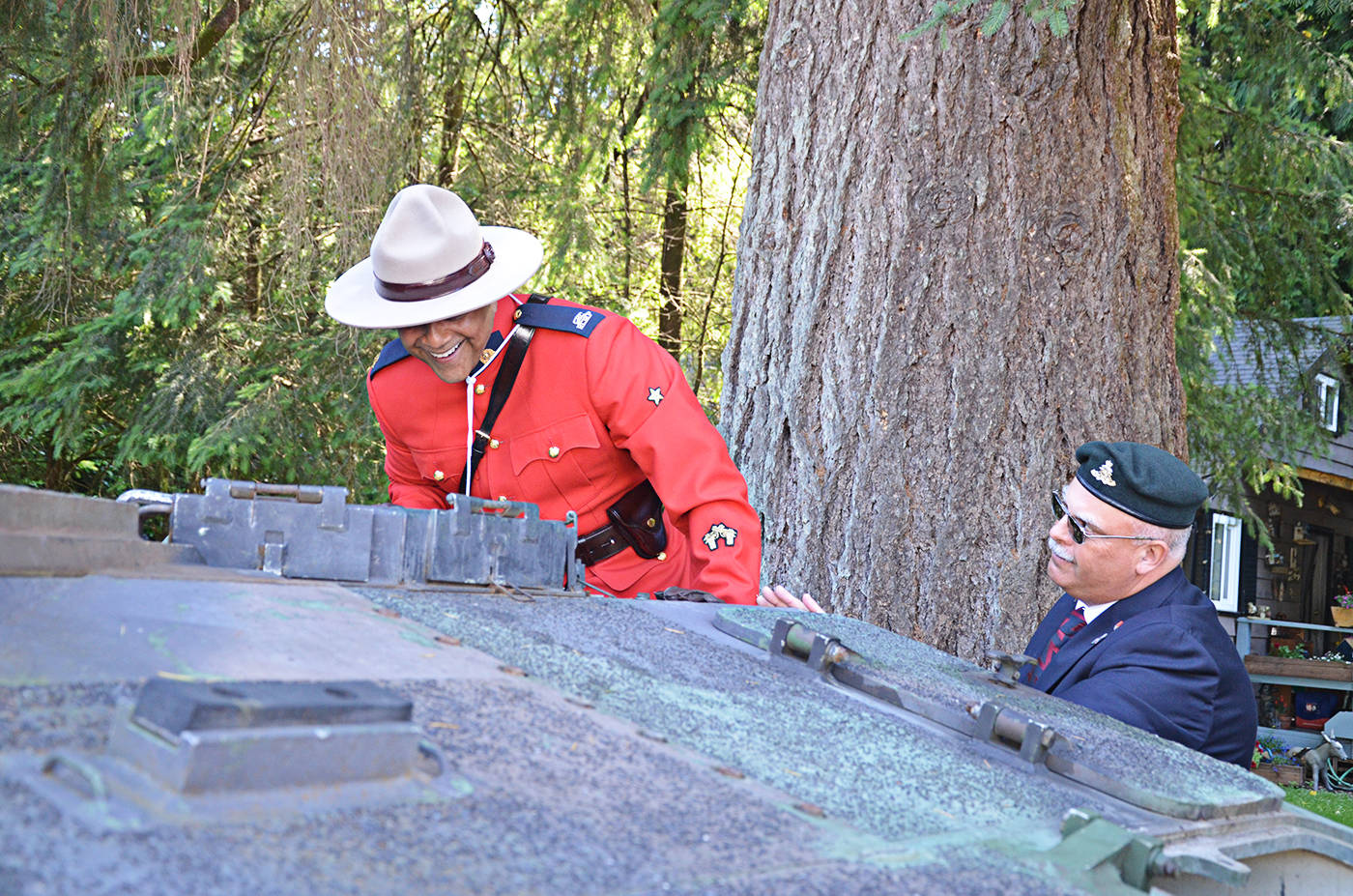 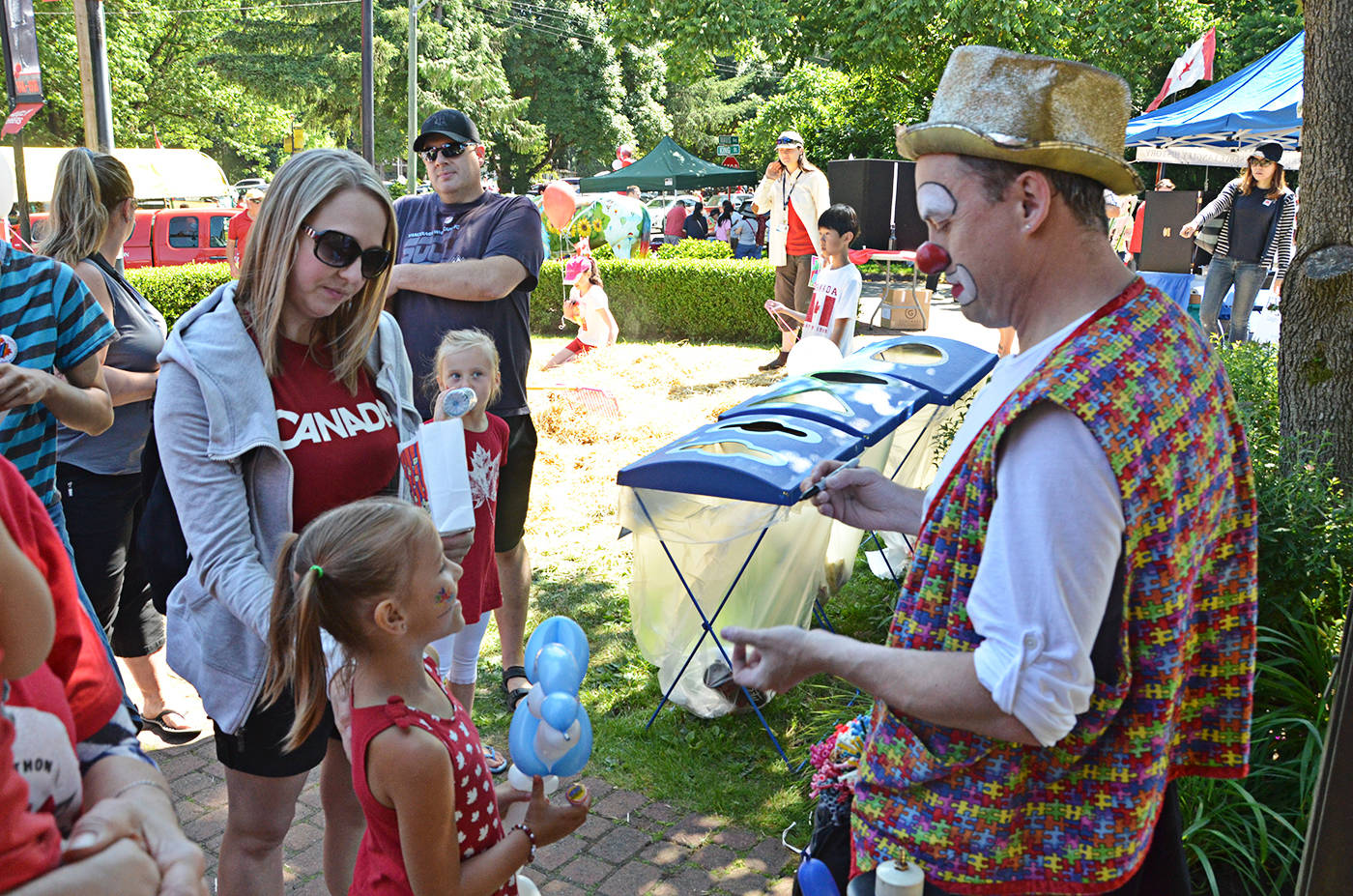 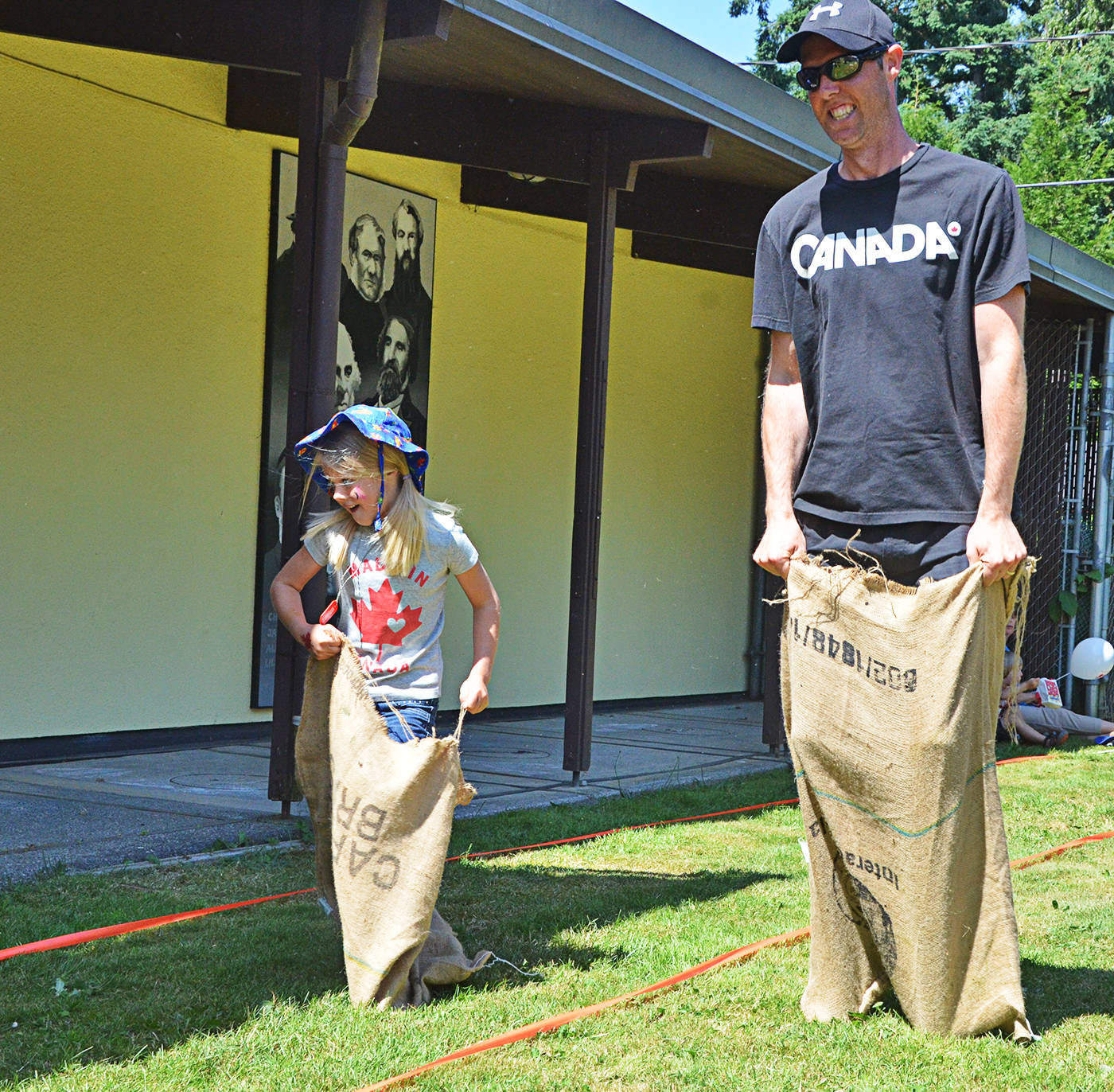 Daryl Dix and his daughter Kathleen tried out the potato sack race at the Langley Centennial Museum. (Matthew Claxton/Langley Advance) 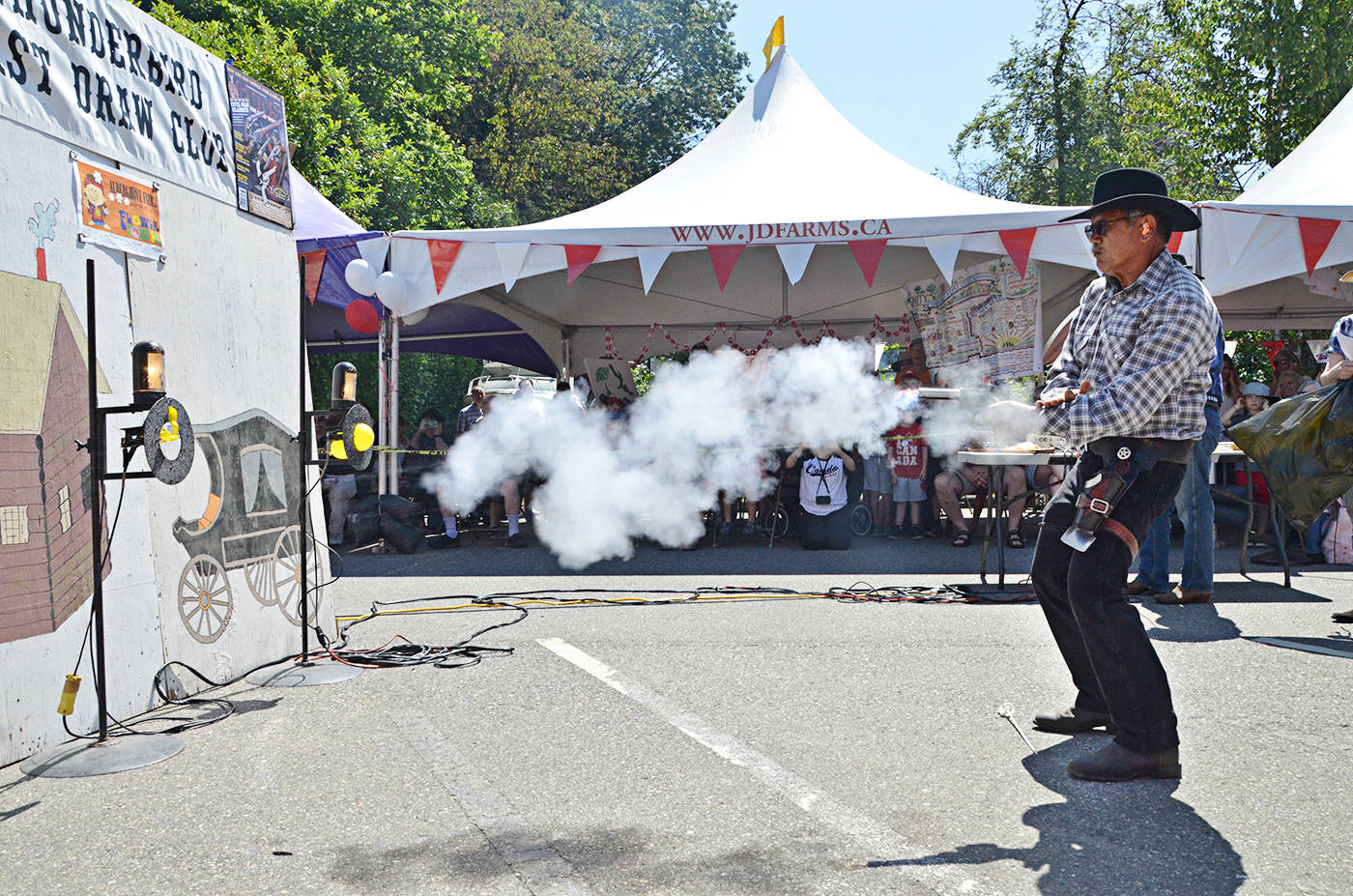