At least two boarded-up buildings in Fort Langley owned by builder Eric Woodward will not be re-opening to the public anytime soon.

“In other words, the buildings are uninhabitable or beyond retrieval,” Boyd wrote.

“Consequently, there are two critical concerns with these old, empty buildings in the centre of this commercial and residential area. The infestation of rats and other vermin and secondly, and not less important, is the potential for fire and the spread of fire to the adjoining and adjacent buildings.

“Demolition is the logical solution.”

The buildings — which were originally constructed in the 1950s — have been boarded up since the fall, when Woodward reached an impasse with the Township of Langley on development he had planned for the village.

READ MORE: Buildings boarded up in impasse over development

Woodward had looked into renovating the buildings last year when one of the tenants informed him they were seeking a new location, but determined it wasn’t economically viable. Fraser Health did not do an inspection at that time.

“It was more about the tenants’ point of view. If I’m going to try to re-rent this to somebody, they’re going to want a long term lease, they’re not going to invest any money for a month-to-month tenancy,” Woodward told the Times.

“And, I concluded that the amount of money that I’d have to put into it, the amount of money that they’d have to put into it, and then corresponding the amount of time or the length of the lease that they would want, determined there was no real reason to do that economically. It doesn’t make sense. For all I know, the Township’s going to change its mind tomorrow and say that I’m good to go ahead, and now I’ve got a five-year lease. I made the conclusion not to do that.”

Woodward decided to take a second look at the buildings about a month ago, after receiving criticism online for boarding them up.

“When the buildings started getting some plywood on them, people were suddenly pretending this was a surprise,” Woodward said.

“Two camps would either say, ‘Well, this is just a reaction or some sort of game that I am playing,’ and then of course other people — who we respect a bit more — would come to me and say, ‘Is it really this bad? Is there nothing you can do about this?’ So, I did have another look at it again.

“And he (the inspector) came through, had a look at them, and we just determined what we had determined before, that there’s no economic base to proceed. And he pointed out a couple of things he didn’t like in regards to the significant rat issues, and how easy it is for them to move in and out of these buildings. There’s really no way to prevent that, unlike a newer building which doesn’t have any rats at all because it’s much more difficult for them to move around.”

As a result, Woodward said the two buildings will remain boarded up.

According to Fraser Health, Boyd’s comments regarding the fire hazard and demolition went beyond the typical role of a health inspector.

“The role of a public health inspector is to assess compliance with the Public Health Act and its regulations, and to advise on the outcomes that need to be met,” said Tasleem Juma, senior consultant of public affairs for Fraser Health, in an email to the Times.

They are responsible for doing inspections of regulated premises, such as restaurants, investigating and responding to complaints, and working with other agencies to promote population health in the community.

“With regard to this particular instance, the public health inspector conducted the inspection at the request of the landowner, as the landowner had a question regarding what may be required to open a restaurant,” Juma said.

“The opinion shared by the public health inspector regarding a fire hazard and demolition is beyond the role for their practice and area of responsibility. With regard to the habitability of the buildings, the landowner may choose to seek advice from appropriate professionals, such as the municipality, the fire department and/or pest control.”

How the deficiencies are remediated is up to the landowner, Juma added.

“In this instance, areas of health concern may include presence of vermin, general sanitation and other requirements pursuant to the Public Health Act,” Juma said.

“If the landowner proceeds with plans to re-open a restaurant, we invite them to submit an application to our public health office for consideration.”

When asked about this new information from Fraser Health, Woodward said he had no comments to add.

The Times has also reached out to Boyd for comment. 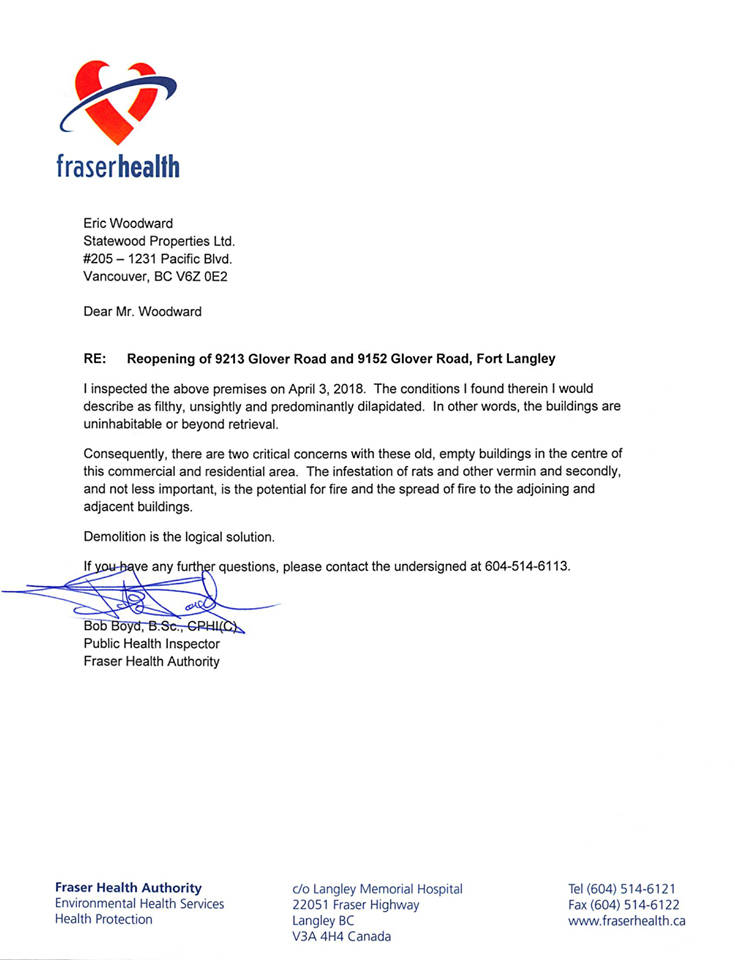 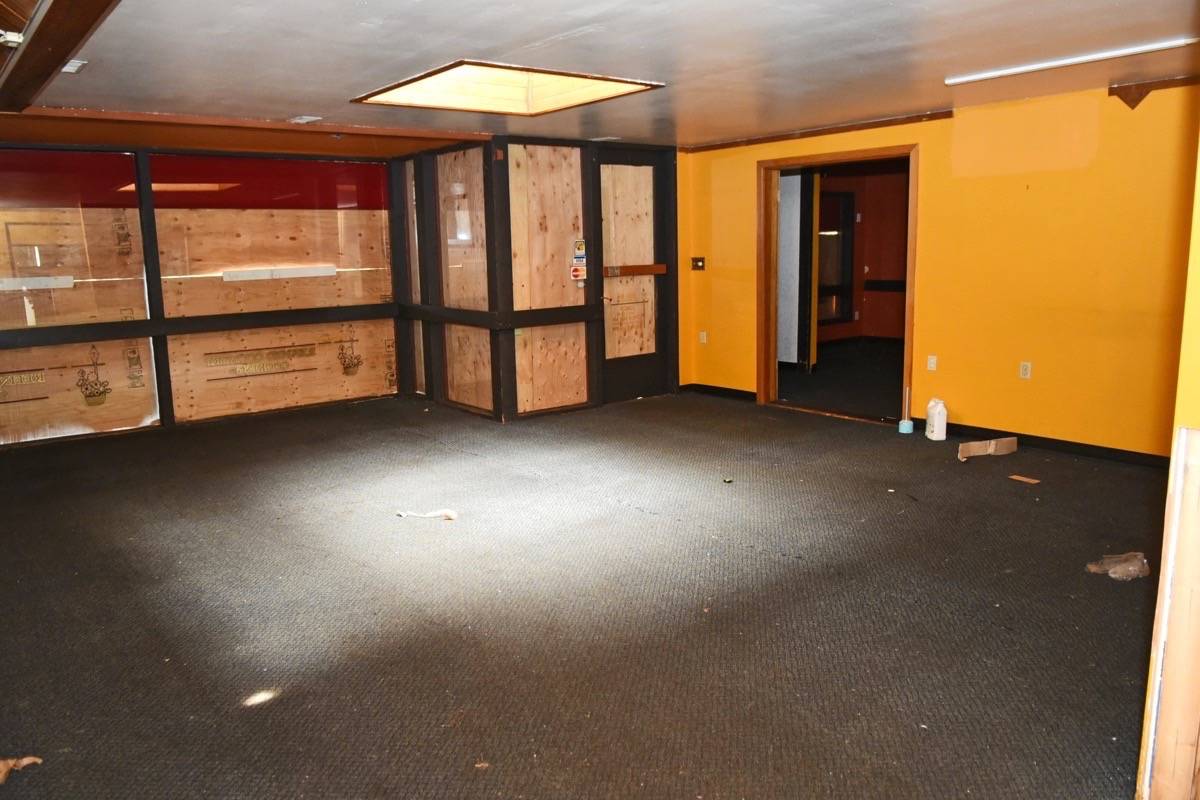 One of the boarded up buildings owned by Eric Woodward on Glover Road. Miranda Gathercole Langley Times 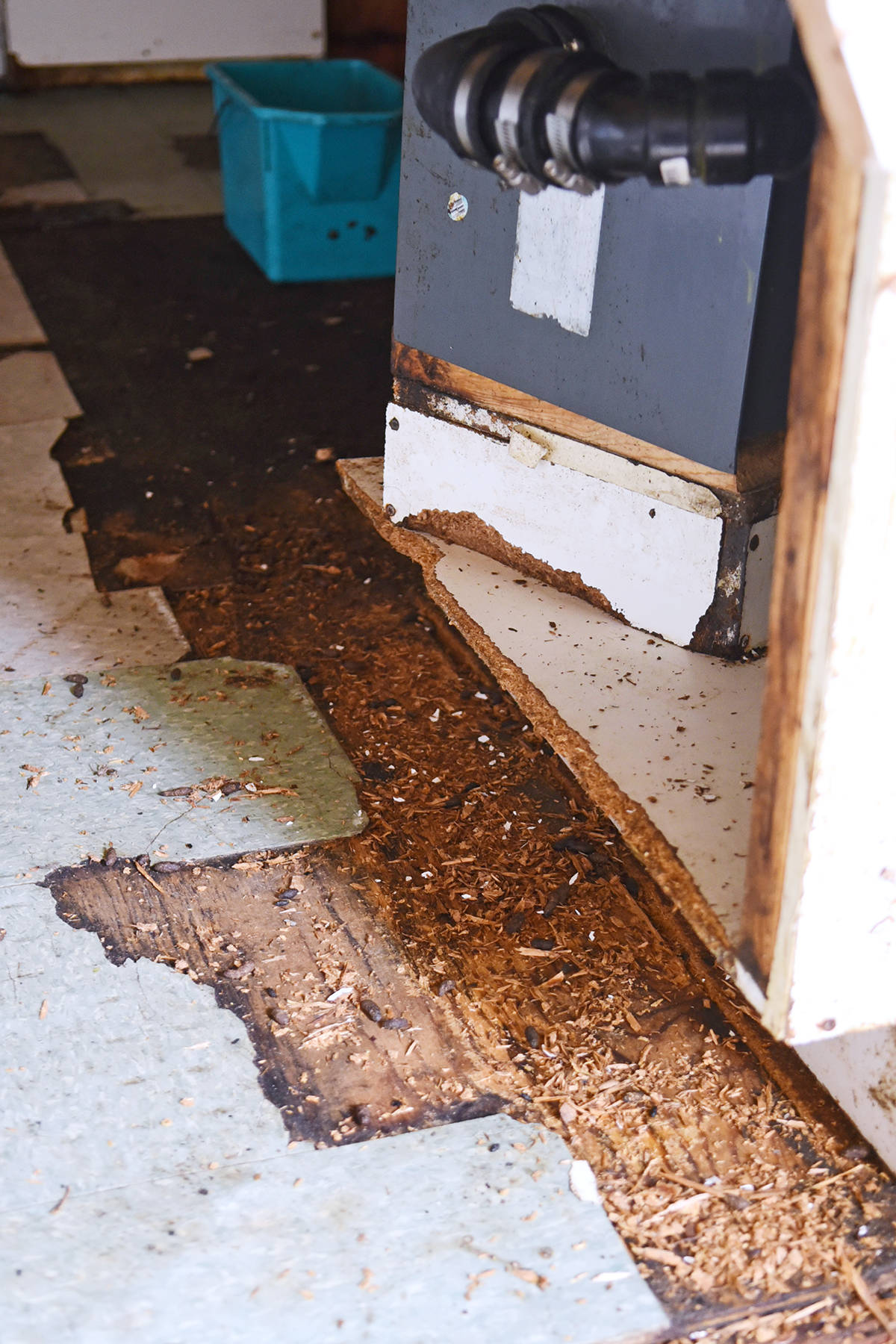 Droppings from rodents can be seen inside one of the boarded up buildings owned by Eric Woodward on Glover Road. Miranda Gathercole Langley Times