Marilyn Piticco, who runs weekly programs for stroke survivors in Langley, is making a desperate plea for help after donations she counts on from Langley Good Times Cruise-In fell $7,000 short.

“That is a massive loss for us. We are now in trouble. I was in tears when I found out. It’s by no fault of Cruise-In,” said Piticco.

“This year Cruise-In moved to Aldergrove, and I think it was our first really rainy Cruise-In ever. They really took a hit with money raised, so all the charities will be feeling it.”

Cruise-In is one of the largest car shows in the Pacific Northwest and the only one that is run solely by volunteers and incorporates a strong charity component.

Last year, Cruise-In was able to donate $46,000 to Langley charities.

“Our numbers were down considerably and that does affect our charities,” said longtime Cruise-In board member Ricardo Sestito.

“It’s really unfortunate and we feel bad for the charities. But we are confident we will have a numbers back up next year. We are already looking to a great Cruise-In next year.”

Langley Community Support Groups Society which runs Hope After Stroke has been on the receiving end of Cruise-In funding for nearly a decade. In that time, Cruise-In has raised more than $100,000 for the group. The money has helped Piticco fund an exercise specialist, occupational therapist, counsellor and communication expert. All of those services are at risk of being cut this year.

“I don’t want the group members to think the program will stop. We are not closing our doors. The program will still go on with our first day on the first Friday of January. It just means that we won’t be able to offer the same calibre of services as we have before. It also might mean we may combine the two programs, the young stroke survivors and the regular group.”

For the past 22 years, Piticco has offered a twice weekly program for stroke survivors based out of the Walnut Grove Community Centre.

She currently serves around 35 members who attend weekly. Many stroke survivors say the group is a lifeline.

Stroke survivors vary in age, some joining the group in their late 20s or 30s. Some are moms of young children, said Piticco. The group is really positive, and members have lots of fun with dance parties and themed lunches, sports in the centre’s gym and other activities, like visits from their favourite therapy dog.

One member and his wife found the group so beneficial in their lives that they threw together a fundraiser at Redwoods two years ago, which sold out and raised more than $15,000.

“I like the people because they are on the same journey,” he told the Times in 2015.

Another group affected by this loss of funding are the kinesiology students who come through the program.

“They volunteer with us as part of their learning program and so many of them have gone on to become amazing OTs,” Piticco said.

“They all stay in touch, some come back. One wrote me a letter and said, ‘I am who I am because of volunteering with the stroke survivors.’”

Pittico quit her job as a realtor and started the program 22 years ago, doing everything herself.

“This is and always will be my passion,” she said.

Her late husband Randy was her first volunteer, she said.

He passed away two years ago.

“It’s been a tough year for me personally, so I haven’t been able to take to the streets and hustle for funding and find new sponsors. It’s been the perfect storm,” she said.

But Piticco said she has ‘hope’ that someone will read about her program, or have a family member touched by stroke and want to donate.

“I believe in people. Every amount helps,” she said.

If you haven’t made your 2017 charitable donation or if you would like to be a new sponsor or just donate to the stroke recovery charity, contact Marilyn at 604-882-4672 or get in touch through the Facebook page Langley Community Support Groups Society.

Members of the stroke survivors group playing one of their favourite games, ‘Headband.’ 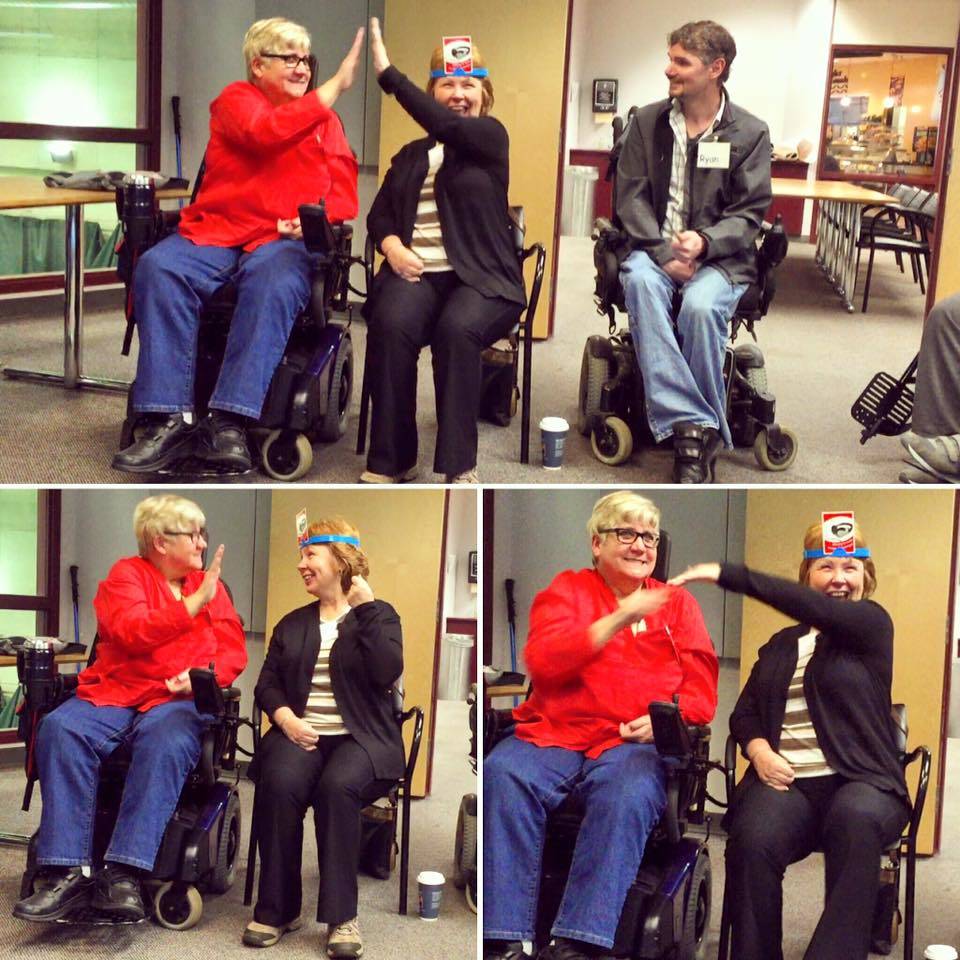 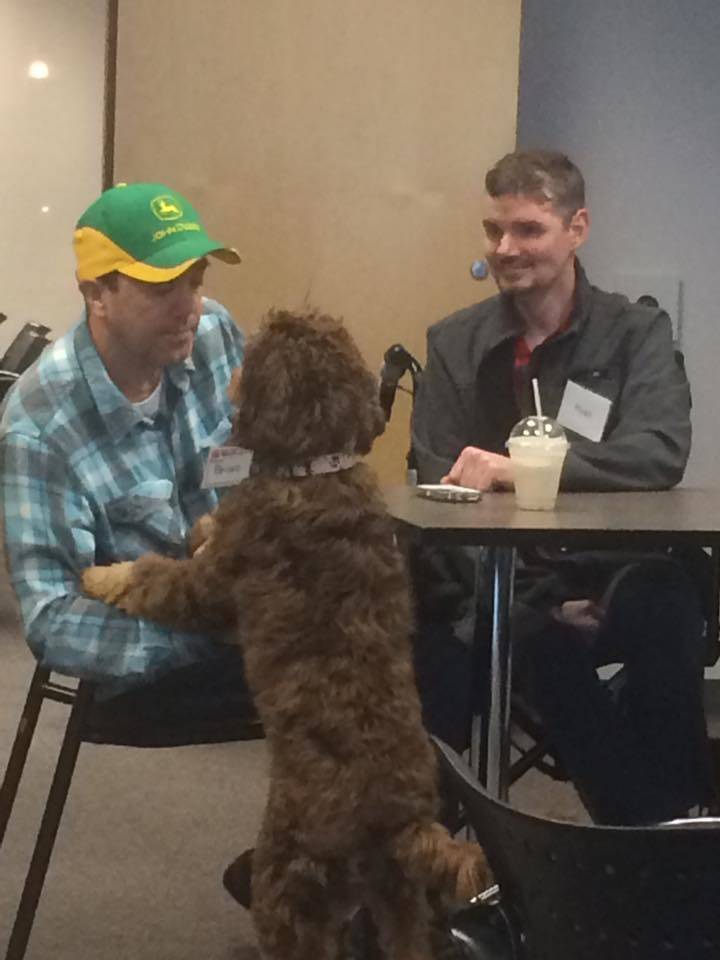 Homeless on Hastings volunteers feed hungry, one sandwich at a time