Only Frankie the dog knows how he got all the way from Jasper, Alta. to Langley.

But now the friendly pitbull mix has started his journey home for Christmas, thanks to some good detective work by LAPS staff and the kindness of a local transport truck driver.

On Tuesday, trucker Scott Stevens, who volunteers with Furry Hobos N Highway Heroes, picked up Frankie, who will ride shotgun for the long journey home to Edmonton where the canine will be reunited with his family after five months apart.

Frankie was brought to the Patti Dale animal shelter as a stray, found running loose in Aldergrove at 26 Avenue and 262 Street on Nov. 27. The happy-go-lucky dog seemed to be doing well, had a tattoo in his ear and a leather collar.

The tattoo was a different kind of ID tag than staff are used to seeing. But staff at LAPS knew he belonged to someone and were determined to find his home.

As they do with all animals that come into the shelter as strays, they checked Craigslist, PetFinder and other sources, said volunteer and vice-chair of the LAPS board Kristine Carrick.

“But they weren’t looking out of province. They decided to check Alberta,” she said.

That’s when they found Frankie’s family.

Frankie’s owners are a single mom and her children who live in Edmonton. Mom Ashley explained to LAPS that a friend was driving with the young dog though Jasper last July and when he rolled down the window, the dog jumped out.

“They searched for him but he wasn’t found,” said Carrick.

Frankie isn’t just a pet, he has a very important role to play with his owners. He apparently is a service dog that can detect when his owner’s blood sugar levels are too low.

The family had given up hope of ever being reunited with their dog until last week when they were given word that Frankie was alive and coming home.

“What they dog has gone through and how he got all the way from Jasper to Langley, no one knows,” she said.

Carrick explained that it would be near impossible to fly Frankie home. Most airlines won’t take animals during peak times. And if they did it would be very costly.

This is definitely the furry tail ending everyone wanted to see. 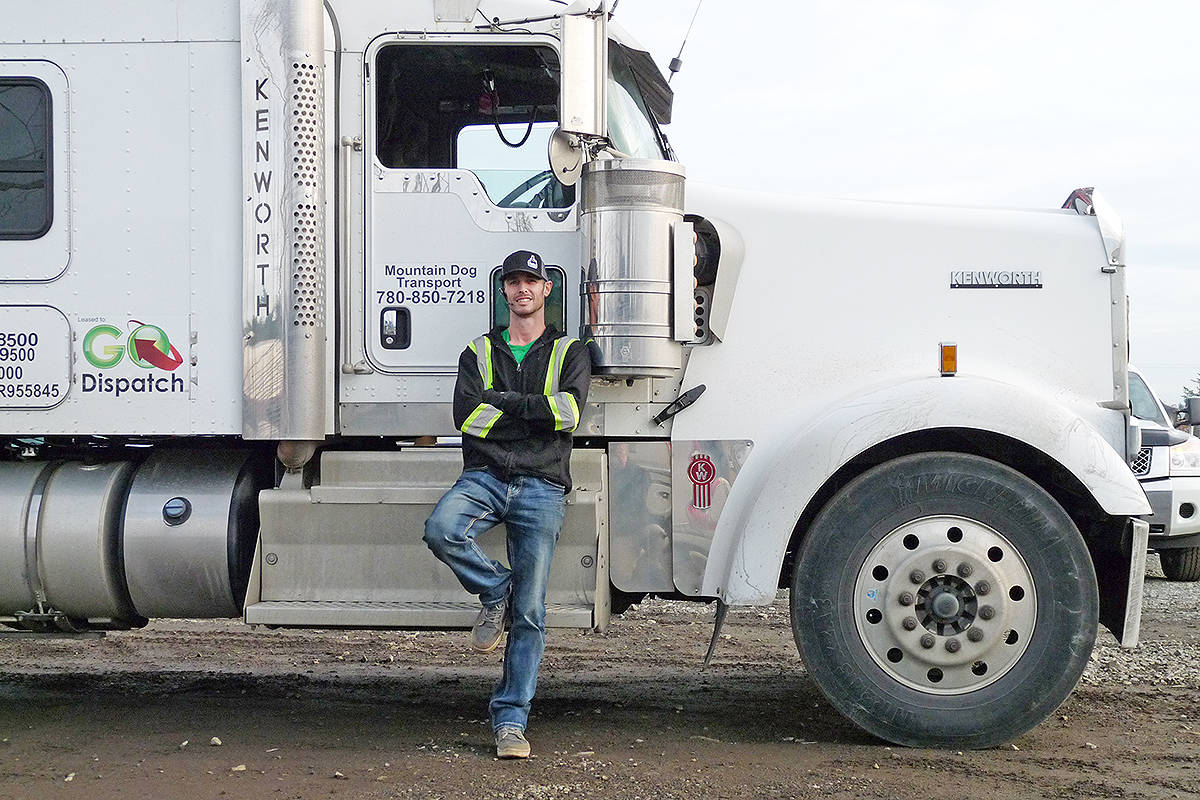 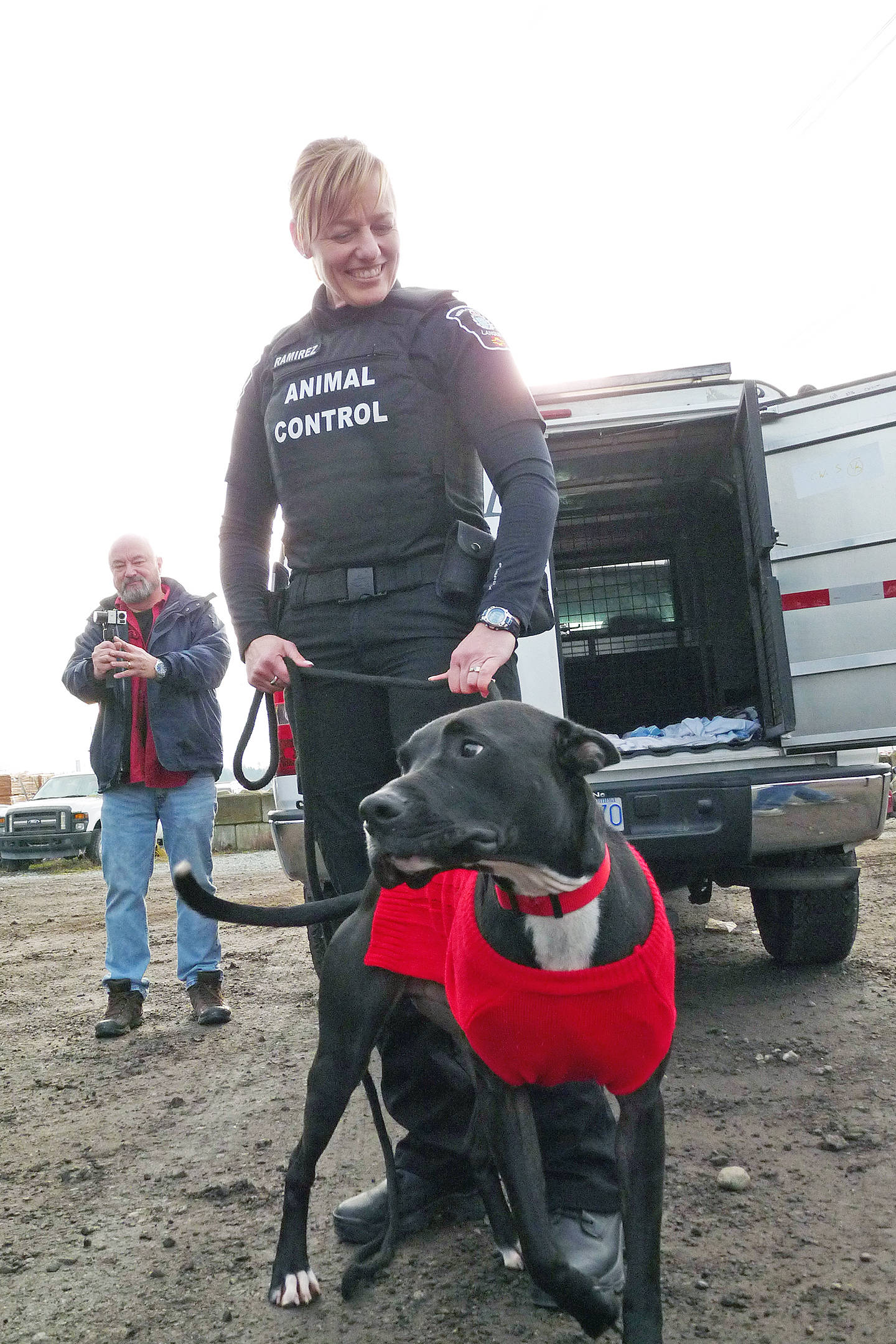 Animal control officer Jenny Ramirez dropped Frankie off at a local truck park where his ride home to Alberta was waiting along with several news cameras. Dan Ferguson Langley Times 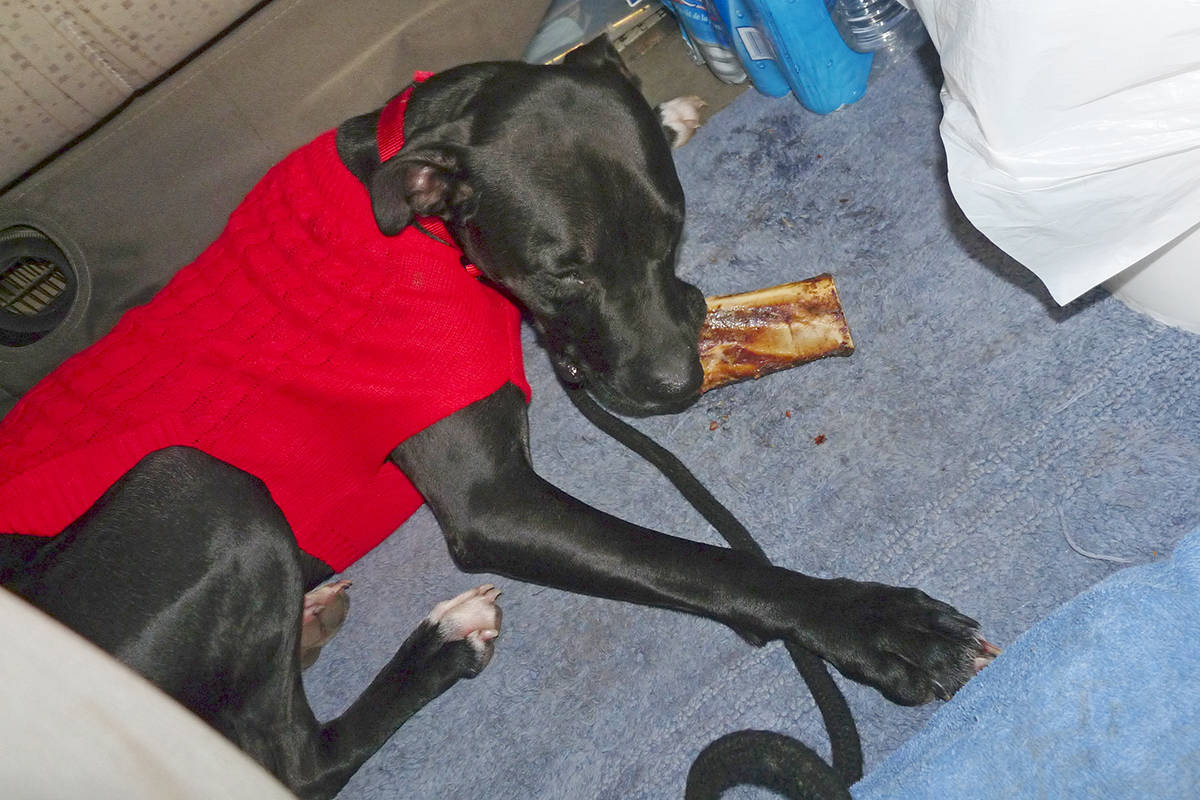 Frankie settles in at the back of the semi-trailer truck cab with a treat. Dan Ferguson Langley Times

Fill the Ambulance for those in need Saturday and Sunday