The most vocal frogs that can be heard in the Fraser Valley are the Northern Pacific treefrogs.

People can hear their signature “ribbit-ribbit” sounds, or a treefrog chorus in spring or summer.

“Anyone who sees or hears a frog is asked to send in their observations online,” said FVC project biologist Aleesha Switzer.

The impetus for Frog Finders was the realization that most of the habitat that amphibians desperately need is disappearing at a good clip in the Fraser Valley.

“When you talk to people about treefrog choruses, one of the most common stories you’ll hear is that there used to be so many more tree frogs,” Switzer recounted. “While they aren’t technically listed as a threatened species, we believe they are seeing significant declines and we need to pay more attention.”

For one, the little frogs are no match for the much bigger, invasive American bullfrogs.

“With spring just around the corner, now is a great time to see and hear native frogs,” said Switzer. “We hope that people will look and listen in the area where they live and let us know what they find.”

The form is really simple. Go the Frog Finders page, and scroll down and hit the blue link. Attach a photo, describe the frog, and where it was found. That’s it.

“The FVC will answer questions if you have them, or send more information,” Switzer said. “It’s an opportunity to connect with people over frogs. It helps us understand where the important habitat is in the Fraser Valley.”

Sightings of other amphibians, such as toads, salamanders or newts, are also encouraged.

The locations where a “frog chorus” can still be heard are crucial to inform regional conservation efforts.

“This is a disappearing sound on the landscape and a symbol for something precious we’re losing,” Switzer said.

Other native amphibians at risk include the Northern red-legged frog and Western toad.

“Unfortunately, some of the most common frogs you will hear are the invasive kinds like the American bullfrog and green frog.”

The bullfrog has invaded ponds and wetlands everywhere and has decimated native frog populations with its voracious appetite.

“The tree frog is like popcorn to a bullfrog,” Switzer said.

The rarest frog in Canada, the Oregon Spotted Frog, is only found in parts of the Fraser Valley.

“We’re going to use the data we get to have a better understanding of where we can do work to help frogs in the Fraser Valley.”

The lead biologist has high hopes for the program.

“I have a feeling there are a lot of nice places that we don’t know about. So we’re reaching out to the public to show us where some of these beautiful spaces are so we can help protect them,” Switzer said.

If they can find out where the treefrogs are for example across the valley, it will help them identify where the remaining frog-friendly habitats can be found.

To help with frog species identification, the Fraser Valley Conservancy has easy-to-follow picture guides on frogs, salamanders and egg masses on the program webpage Frog Finders.

Do you have something to add to this story, or something else we should report on? Email:
jfeinberg@theprogress.com 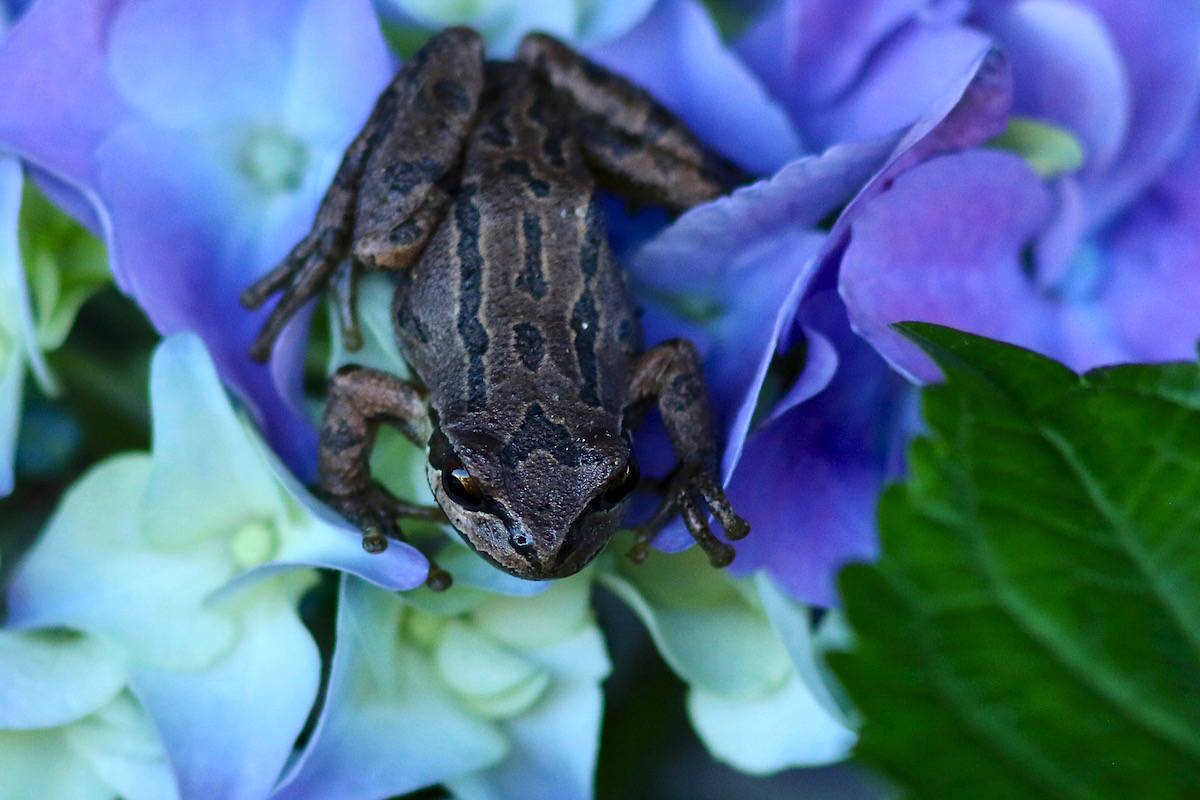 Researchers call on B.C. to ditch plan to switch to permanent daylight time