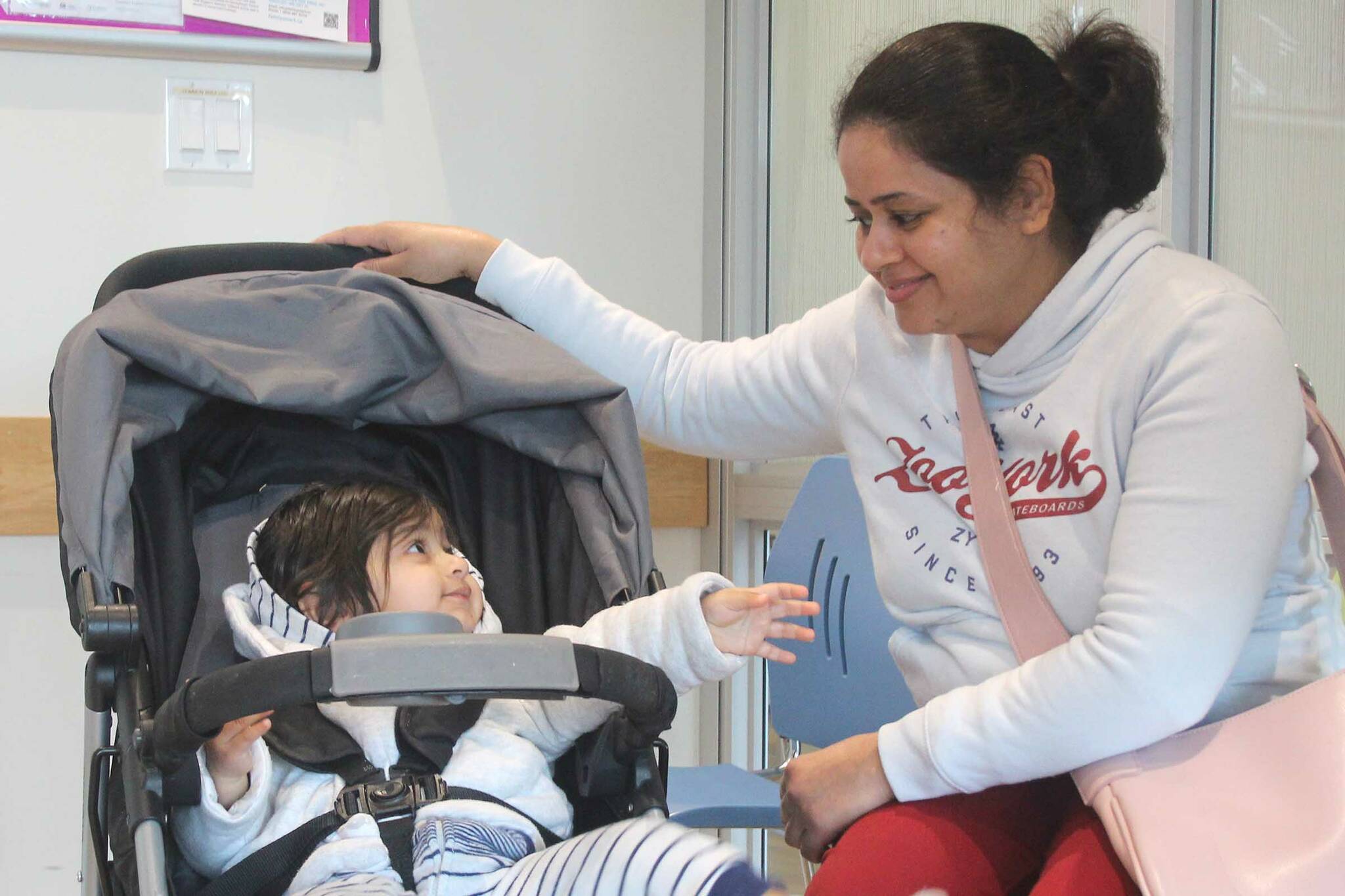 The clinic helped Rashmi Malhotra during her pregnancy with her son. She said she was said to hear that it was closing. Patrick Penner / Mission Record.

The Mission Maternity Clinic only opened in 2017, but on April 1, it announced it will no longer be accepting new patients and will close after its last patient gives birth.

The health demands have not changed, the city has continued to grow, but the number of new physicians has not.

“Nobody really saw it coming. Although maybe we should have,” said Dr. Jeff Kornelsen, a local family practitioner in Mission who helped start the clinic.

The physician supply deficit is a problem across Canada, and local health services face disruptions whenever personnel change occurs as replacements are increasingly difficult to come by.

The more remote the community, the more acutely a disruption is felt by its residents, said Kornelsen.

Out of the four doctors at Mission’s clinic: one physician is moving, one is retiring from the practice, and the other two have other practice areas that take up a significant portion of their time.

Kornelsen said it was never sustainable long-term with just four doctors, because everyone has other clinical roles besides just maternity care. He said ideally, they would need six doctors.

Opening the clinic took considerable support from the local division of family doctors, who had recognized the increasing needs accompanying the city’s growth.

Before its existence, Kornelsen was the only physician in Mission who was offering prenatal maternity service up to delivery time.

Since 2017, the clinic has seen 533 expectant moms and their doctors have delivered 490 babies. In the last 12 months alone, it’s served 190 expectants moms and delivered 123 babies.

Now Abbotsford – which already handles a significant portion of Mission pregnancies – will have to absorb even more.

But he said their biggest regret is the strain the closure will put on expecting mothers as their pregnancies progress, when checkups and travel to hospital for prenatal care become weekly.

The shortage is only going to get worse as an aging population of doctors retires.

Almost 18 per cent of British Columbians over 12 have no family doctor, a 2019 Statistics Canada report says; around 38 per cent of family doctors are 55 and older, with an average retirement age of 65, according to the College of Physicians and Surgeons of B.C.

The City of Mission currently has 29 family physicians serving a population of over 40,000, according to the Mission Division of Family Practices (MDFP) – one doctor per every 1,379 citizens.

In the last three years, MDFP has only been able to recruit three more family doctors. They struggle because of the small size of the hospital and a lack of space, said Shona Brown, executive director of the MDFP.

New doctors graduating out of medical school are often saddled with large amounts of debt. They look for positions at hospitals, or at up-and-running practices so they can start practising without overhead, Brown said.

She said even if she got three or four new family doctors today, she couldn’t find space for them; the two largest practices in town are “overfull.”

At one point, Mission used to be a popular place for new doctors to set up a practice because housing was more affordable, according to Brown, but that’s no longer the case.

Graduating medical students “don’t want to run a business, they want to practice medicine,” Kornelsen said, noting that finding office space, setting up computer systems, and hiring and managing staff can be overwhelming.

He also said the limited number of training and residency positions hampers the amount of students coming out of Canadian medical schools, and today’s medical standards require more time, effort, and attention for each patient. 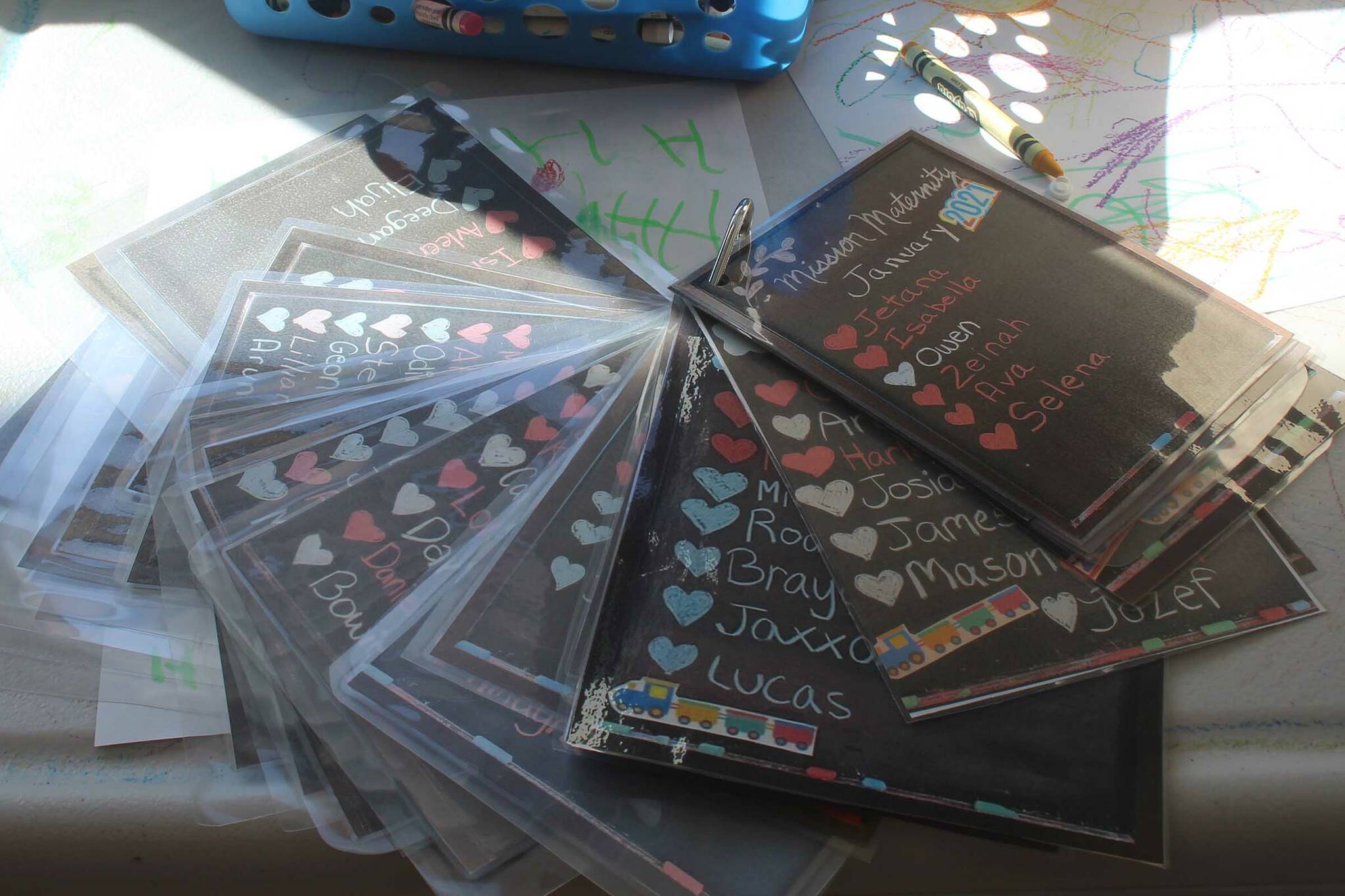 A collection of the names of every baby the clinic helped deliver in 2021. Patrick Penner / Mission Record