Dmitry Lozinsky was in deep trouble.

He was sitting in an interrogation room at the Senkivka “three sisters” three-way border crossing where the boundaries of Russia, Belarus and Ukraine meet.

There was a portrait of Russian leader Vladimir Putin on the wall, looking down at him while a Russian border guard accused him of being a terrorist.

It was in February, the early days of the fighting, and he and his wife Karyna were trying to get her mother out of Ukraine and into Russian territory, where they lived.

They avoided the conflict and brought his mother-in-law out by driving through neighbouring Belarus to the “three sisters’ crossing, which was when the Russian guards took Dmitry’s phone and demanded his password before putting him in the interrogation room.

He was recounting his story in the kitchen of Sandy Leone, a Langley City resident who has given Dmitry and Karyna refuge.”

Dmitry, 22, was born in Ukraine, but his family moved to Russia when he was young, a fact noted on his Russian passport, something that earned him special attention at the “three sisters” crossing.

Katryna, 21, has a Ukrainian passport, but was able to live in Russia because she was married to Dmitry.

When his interrogator asked what Dmitry thought about the Russian military action, he chose his words carefully.

“I am a simple guy who does not want to get political,” Dmitry told the guard.

“You’re a liar,” the Russian thundered.

He demanded to know why Lozinsky wasn’t serving in the Russian army and suggested he could end up in jail if he didn’t join up.

On the advice of a friend, Lozinsky had thoroughly scrubbed his phone of anything that could be used against him, like the fact he has a cousin in the Ukrainian army.

The fact the Russians couldn’t find anything suspicious is likely why they allowed him, Karyna and her mother, finally, to pass.

Dmitry wasn’t celebrating, thinking if he had to leave Russia to avoid military service, he would likely have just as much trouble getting into the Ukraine on his Russian passport.

Karyna found a way out, icanhelp.host, a web page that makes connections between those fleeing the Ukraine and people willing to give them a place to stay. 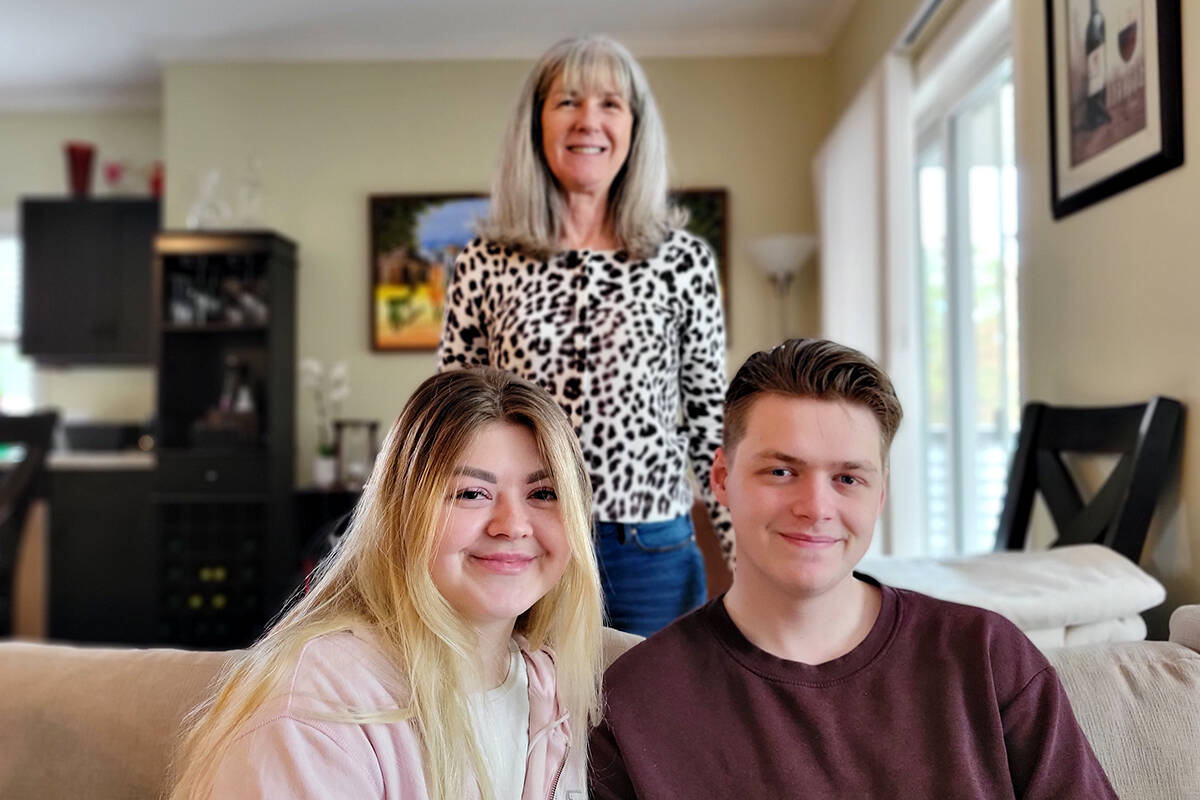 That led to a connection with Leone, who had contacted the Ukrainian Canadian Congress to see what she could do to help after seeing the reports from the Ukraine.

“It really touched at my heart,” Leone said.

“Finally, I read an online news article about a family that has been helped through the ‘Icanhelp’ site and I knew I had hit pay dirt. I immediately registered with them and a couple days later I heard from Karyna.”

After several days of back and forth, “to make sure everything was legit,” Leone invited them to come and stay with her for 60 days.

After the young couple arrived in Canada on April 9, Leone devoted two weeks to getting them settled, obtaining work permits and social insurance numbers.

Dmitry, who was trained as a lawyer, found a job in his first week in Langley, working at a car lot, and now has a second job working as a Door Dash delivery person.

Karyna, who is a manicurist and a photographer, doesn’t have her husband’s English skills, but has found a cleaning job, with Leone’s assistance.

Leone has tried to get Karyna assessed so she could get English lessons, but so far “she has not followed through with this.”

It has not been a friction-free stay, with a frustrated Leone saying her young guests, can come across as “a little on the entitled side” in that they don’t pick up after themselves or offer to help.

“So, not all sunshine and roses, but I hope in time they will mature and become better people for their hardships,” Leone remarked.

A report by the International Organization for Migration, a United Nations refugee agency, has estimated the number of people who have fled Ukraine to escape Russia’s invasion passed 6 million as of Wednesday, May 11. in Europe’s worst refugee crisis since the Second World War.